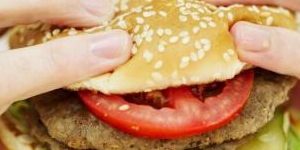 Successful restaurant chains can’t just rest on their laurels if they want to remain at the top, which leads to constant churning of new products. And if a company has a winner, as McDonald’s did with its Big Mac—a product so popular it became a signature menu item—it will keep trying. But most ideas don’t turn out so well. McDonald’s probably leads the pack with wacky ideas that didn’t make the cut, but other fast food restaurants have had some lame ideas, too. 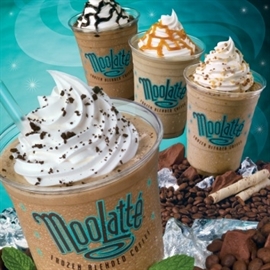 The MooLatte isn’t exactly a failure because it hasn’t been discontinued; Dairy Queen, at the time of publication, still sells it. But many people consider the product a colossal flop and would never buy it. Anyone who has any sensitivity for the English language would say naming a tan drink mulatto—I mean MooLatte—is as low as you can go on the political correctness front. Many people believe the word “mulatto” is almost as bad as the “N” word itself. It was used during the time of slavery to describe the offspring of a slave owner and a slave. And linguistically, it comes from the Spanish and Portuguese word for mule, a cross between a donkey and a horse. Dairy Queen. Really? 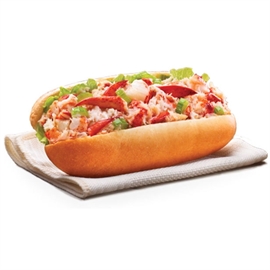 No, not Rock Lobster—McLobster. Yes, McDonald’s tried to capitalize on the ever-popular lobster dogs found in New England by putting lobster meat, sauce and lettuce in a hot dog bun. But c’mon. Who wants to buy expensive seafood at a fast food joint? McDonald’s overestimated how much customers would pay for one it its products. At almost $6, the McLobster was about twice as much as the other offerings. 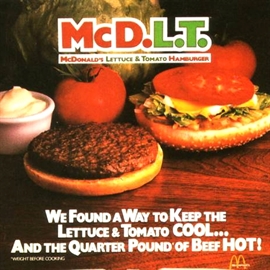 The McDLT, a McDonald’s burger with lettuce and tomato, was a popular menu item in the ’80s but was discontinued in the 1990s, not because the product was bad—the packaging was. The McDLT had everything going for it, including a popular commercial where Jason Alexander (before “Seinfeld” fame) sang and danced in the streets hyping how great this hamburger was: Its special double-wide container “kept the hot side hot, and the cool side cool.” Customers would put the sandwich together before eating it. But the Styrofoam container was terrible for the environment, so the McDLT had to go. 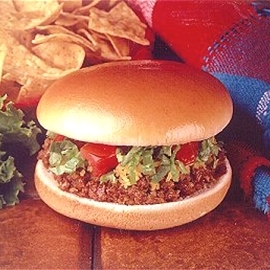 Why take a perfectly successful taco, eliminate the shell and put the insides on a bun? Who knows? But that is exactly what the Bell Beefer, available at Taco Bell in the 1980s, was. It was unpopular for many reasons. If people wanted a burger, they wouldn’t go to Taco Bell. And Taco Bell finally did get that point in the early 2000s, illustrated by its slogan, “Think Outside the Bun.” But probably the biggest reason this product failed was that it was messy. If folks did order the Bell Beefer, they were likely to walk away with a souvenir—shirt stains.

1 The Hula Burger From McDonald’s 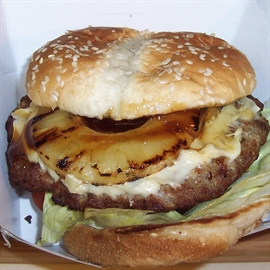 The idea was a good one. McDonald’s exec Ray Kroc, in 1962, wanted to provide a meal for Catholic customers who couldn’t eat meat on Fridays. So what to do? The only answer would be to sub a pineapple slice for the burger. Right? D’oh. Who thinks of pineapple before fish? The Hula Burger was a normal hamburger with all the trimmings, including the cheese, except a huge pineapple slice replaced the burger. Wonder why that flopped?