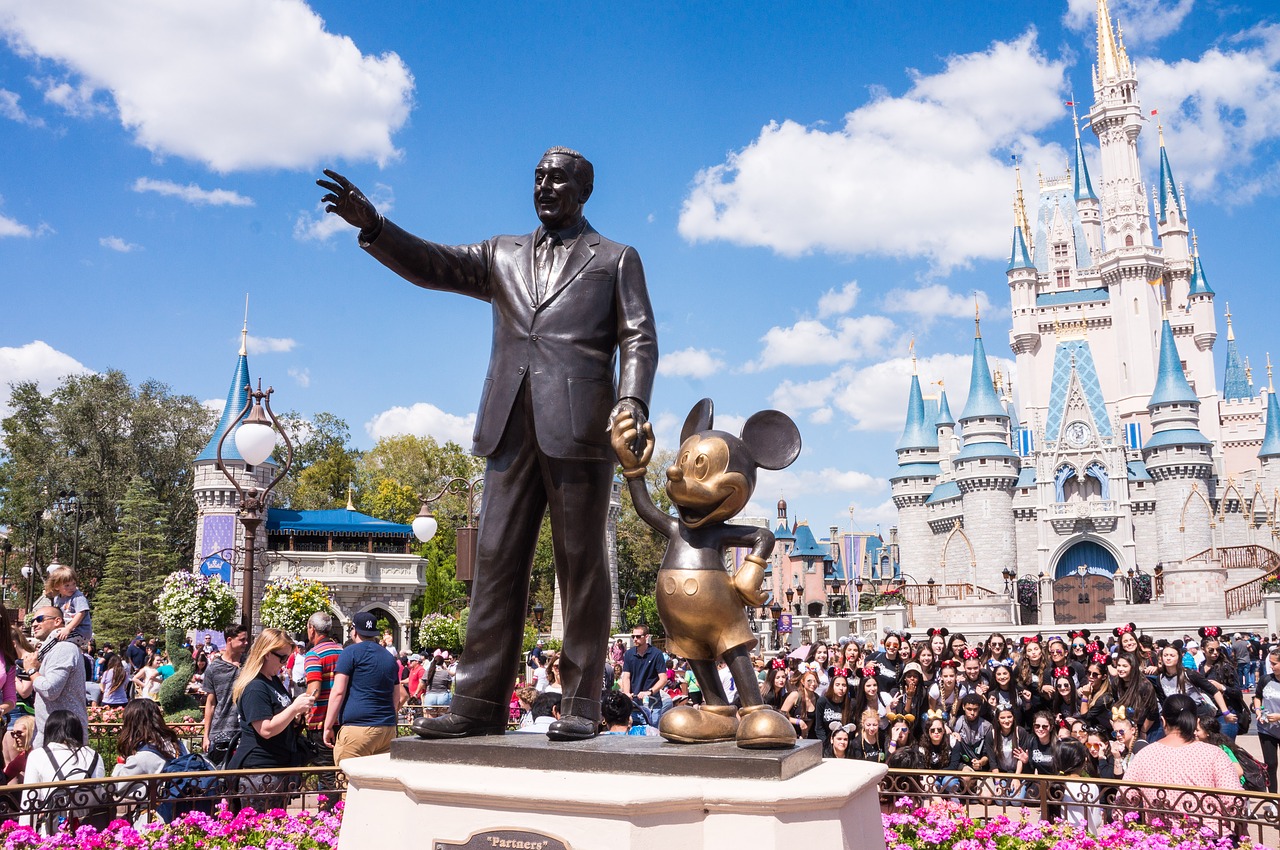 Disneyland is a place where dreams come true, a place of magic, and imaginations. However, keeping the thousands of people that enter the park entertained every day isn’t easy. Disneyland uses some strange tactics to appease the masses.

Use insider info the next time you visit to take advantage of all the perks. Make a game out of the hidden jokes that Mr. Disney left for attendants. You’ll never look at the Happiest Place on Earth the same way again.

Here are 25 interesting facts about Disneyland.

25.) Originally the Park Only Had 18 Attractions

When the first park opened in July 1955 it was a fraction of the size it is today.

In fact, there were only 18 attractions in the whole of the park.

That’s right it would cost a whole dollar for admittance to Disneyland that’s far from the high price that you can pay today.

A ticket to Disneyland can cost you up to $135 just to spend a whole day at the park.

All the plants in the Tomorrowland attraction are not only beautiful, but they are also edible.

However, I’m not sure that the staff at Disneyland would appreciate it if you started eating the foliage.

22.) Over $84 Million Mickey Mouse Ears Have Been Sold

Since Disneyland opened over $84 million, Mickey Mouse ears have sold.

That makes Mickey Mouse Ears the most popular Disneyland souvenir of all time.

The facade that makes up It’s s Small World ride is covered entirely in gold leaf.

Gold leaf is real gold that has been flattened into thinner-than-a-tissue sheets.

It only took one year to build the entire of Disneyland but back then it did only have 18 attractions.

The construction of Disneyland had officially begun a year and a day earlier before it opened its doors on Sunday, July 17, 1955.

19.) Walt Disney Had His Own Private Apartment

Right about the fire station on Main Street Walt Disney has his very own secret apartment.

The apartment wasn’t big, but it had everything that he needed, but most importantly, it was a space that he could watch all the park activity in secret.

It has been reported that over 200 feral cats roam the park.

These cats are not unwelcome either, the park feeds them, and they are neutered, vaccinated, and tagged by Disney.

17.) Walt Disney and His Wife Celebrated Their 30th Wedding Anniversary at the Park

Walt Disney and his wife celebrated their 30th Wedding Anniversary at the park before Disneyland opened.

Disney staff artists even illustrated the invitation card to the party.

16.) A Time Capsule is Buried in Front of Sleeping Beauty’s Castle

A time capsule was buried in front of Sleeping Beauty’s Castle to mark the parks 40th Anniversary.

If you hear a Disneyland staff member use the term “Code V,” it means that someone has thrown up in the park.

Before choosing Anaheim as the location for Disneyland, the park was almost built on a 7-acre studio lot in Burbank.

This park was going to be called “Walt Disney’s America.”

13.) The First Disneyland Admission Ticket Was Purchased by Walt’s Brother

We only wish that it was still $1 now to get into Disneyland.

12.) The Most Popular Attraction is Pirates of the Caribbean

The Pirates of the Caribbean has had a third of a billion passengers since it was opening in 1967.

Its popularity continues to grow, especially after the Pirates of the Caribbean movie franchise.

The park was underprepared for the crowns that turned up for the opening day in 1955.

It was labeled as “Black Sunday,” a disaster due to the overcrowding, heat, and chaos.

10.) The Fastest Ride is Splash Mountain

Splash mountain reaches about 40 mph when it plummets down the ride at a 47-degree plunge into the briar.

You will only travel 40 miles per hour for maybe five seconds out of a 10-minute ride before you make the big SPLASH.

9.) Many Attractions Didn’t Make the Cut

Some of Walt Disney’s ideas were abandoned at the planning stage and never got built.

Including a Peter Pan Crocodile Aquarium and Paul Bunyan’s Boot which would have been a 25-foot-tall interactive shoe.

8.) Real Human Bones Were on Display in Pirates of the Caribbean

When the original Pirates of the Caribbean ride was opened in 1867, it contained real human bones from the UCLA Medical Center.

A creepy but true interesting fact about Disneyland.

7.) Space Mountain Cost More to Build than the Entire of Disneyland

The original design for the attraction was done in the early ’60s, Walt Disney has to wait 10 years before the technology needed to make the ride became readily available.

6.) Disneyland Was Built on a 16-Acre Orange Grove

Disneyland displaced more than 12,000 orange trees to build the park.

However, more than 40 species of flowers and 700 exotic trees were planted along the Jungle Cruise to make up for it.

5.) There’s Something Special About the Employees

Everybody has to start somewhere. Steve Martin sold guidebooks at Disneyland when he was a kid and then graduated to working in the magic shop. Actress Michelle Pfeiffer was Cinderella for the Electrical Parade.

One employee perk is the soda; Coca-Cola supplies Disneyland for free to maximize advertising and prevent any competition. Employees also get to take advantage of the hidden gem within the Matterhorn mountain, including a basketball court.

4.) Fans From Beyond the Grave

The Haunted Mansion is a celebratory view of life after death, but unfortunately, it can attract the wrong kind of visitor.

Every so often, a fan will attempt to deposit the cremated remains of a loved one at the mansion. The ride is then shut down, so a team wearing hazmat suits can clean up the dearly departed dust. Response teams can be fast since more than a thousand of those cast members you see walking around at Disneyland and Disney World are members of security.

Club 33 at Disneyland secretly offers alcoholic beverages and a club atmosphere for adult members. But getting on the membership list isn’t easy. The wait is between three and six years. Joining the club can cost as much as $25,000, and annual dues can set you back $6,000 a year.

To some adults in need of a stiff drink after muscling through crowds and kids all day, that might be worth it.

If you tell your ticket taker that it is your birthday, you will be directed to City Hall. Here you will be given an honorary birthday sticker, which entitles you to special interactions with characters all over the park, including being sung the birthday song!

This is a lovely, unadvertised bonus for visitors celebrating their birthdays at the park.

At least one Mickey Mouse hidden somewhere on every single ride in Disneyland. Walt Disney was a fan of nostalgia and inside jokes, and this can be seen throughout the park.

The names of the original Imaginarium employees’ is written on some of the tombstones in the Haunted Mansion.

And Walt Disney is always present as the apartment that used to be his office has the lights on in memory of his unstoppable work ethic.