Do you have one of the best toaster ovens in your kitchen?

If not, you should consider purchasing one. They can toast bread, roast vegetables, cook bacon, and even roast a chicken.

Plus, the smaller appliance can save on energy and won’t heat your house like an oven does. A toaster oven also comes in handy on holidays when every device in the kitchen has to help prepare your big meal.

If you want to buy a toaster oven, get to know what options are available so that you can make the best choice.

Here are the top 5 best toaster ovens on the market.

Advertising Disclosure
Top5.com has an advertising relationship with some of the offers included on this page. However, the rankings and listings of our reviews, tools and all other content are based on objective analysis. Top5.com does not always include all service companies or products available in the marketplace. Top5.com strives to keep its information accurate and up to date. The information in our reviews could be different from what you find when visiting a service provider or a specific product's website.
Editors' Choice 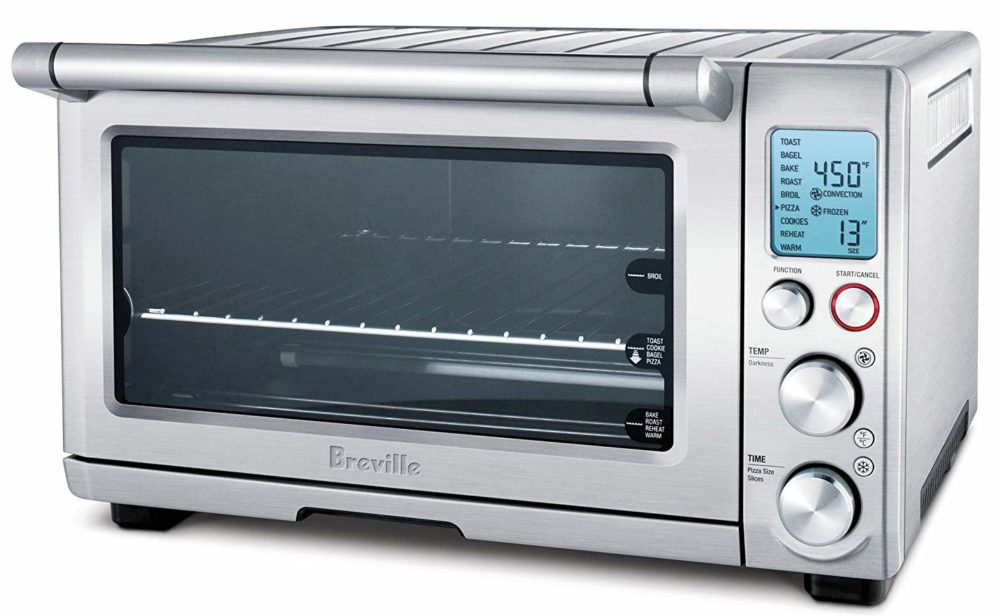 The Breville Smart Oven is a modern, medium-sized toaster and has easy to use knobs and an easy to read digital display. It’s great for maintaining temperature. Features include: 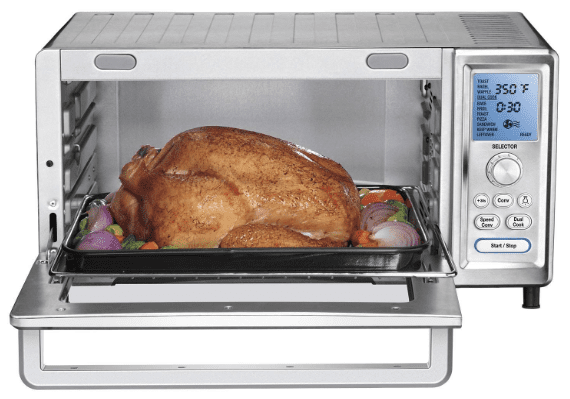 If you’re seeking a toaster that can double as an oven (including roasting a chicken), check out the Cuisinart TOB-260N1.It’s large, we only recommended for kitchens with plenty of counter space. With two racks and an interior that can fit 9″ x 13″ baking pans, it has 15 cooking functions. Features include: 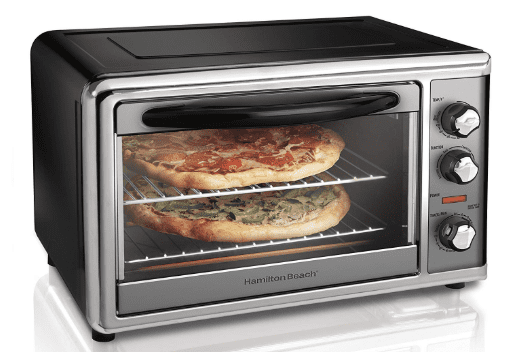 The Hamilton Beach Convection Oven is our favorite convection oven for a few key reasons: easy to use knobs, an affordable price, and the ability to fit two racks. Features include: 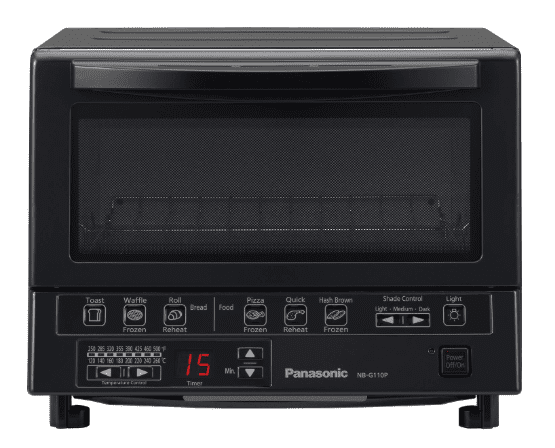 Looking for a compact convection toaster that can be used for toast, prepping frozen snacks, and heating other small items? Check out the Panasonic NB-G110P-K Toaster Oven. At 1300 watts, it heats up to  500°F and cooks faster than most conventional toasters. Features include: 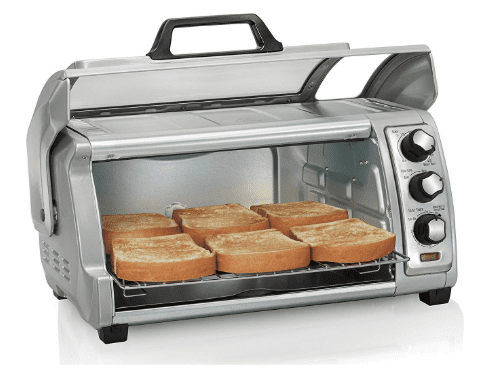 Looking for an affordable toaster? Check out the Hamilton Beach Countertop Toaster. It easily fits most kitchens and has a roll-up lid. It can fit six pieces of bread. Features include:

This 1800 watt convection toaster is pricier than others on our list, but it’s worth it.

With nine preset functions, the Breville Smart Oven is a modern, medium-sized toaster with easy-to-use knobs and a digital display.

It also excels in maintaining temperature, especially for baking cookies and melting cheese.

If you’re looking for a cheap toaster, a pop-up toaster will be your best bet. However, we prefer toaster ovens and convection ovens. Toaster ovens are not that much more expensive than pop-ups, and the value add of the baking functions make it worth it.

It has bake, broil, and toast functions, a roll-up lid, and can fit six slices of bread.

If you’re looking for a toaster oven that won’t take up too much space on your kitchen counters, check out the Panasonic NB-G110P-K Toaster Oven.

It’s 1300 watts and heats up to 500°F. It cooks faster than most conventional toasters ovens thanks to its FlashXpress instant heating technology.

If space isn’t an issue and you’re looking for a toaster oven that can do almost everything your oven can (including roast a chicken), check out the  Cuisinart TOB-260N1.

It’s big, so make sure you’re comfortable donating that much of your counter space to a toaster. With two racks and an interior that can fit 9″ x 13″ baking pans, it has 15 cooking functions.

We love this Hamilton Beach convection oven for a few reasons, one of them being easy to use knobs. While most of the toasters on our list have digital interfaces, this one is an old fashioned knob toaster.

If you want a quality convection oven toaster that’s easy to use (especially for the non-tech savvy), then this is the best toaster for you. This toasts can fit two racks and accommodate a 5lb roast or rotisserie chicken. 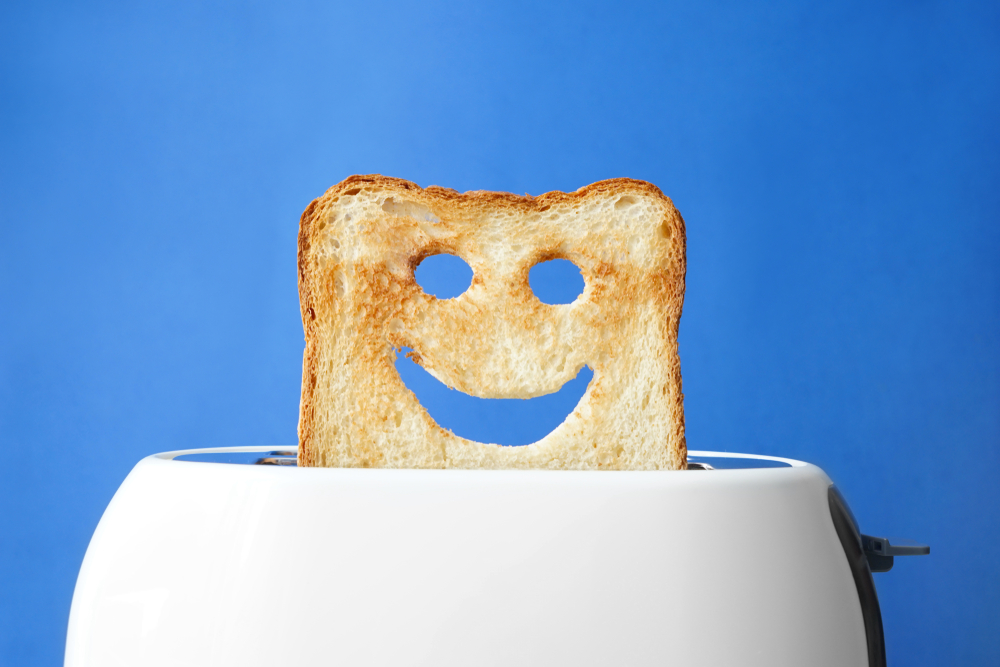 Toasters are not just for sliced bread, bagels, pop tarts, and waffles. Toasters can be used to bake pizzas, cookies, and even rotisserie chickens! Some toasters can be used for pretty much anything a regular oven can as long as the food can fit inside.

If you’re in the market for a new toaster, the first question you’ll need to ask yourself is why you need a toaster and what you’ll use it for.

If your goal is simply to make pumpernickel toast for breakfast each morning, a traditional pop-up toaster should suffice.

However, if you want a toaster that can do a bit more, you may want to look at countertop toaster ovens or convention toasters. 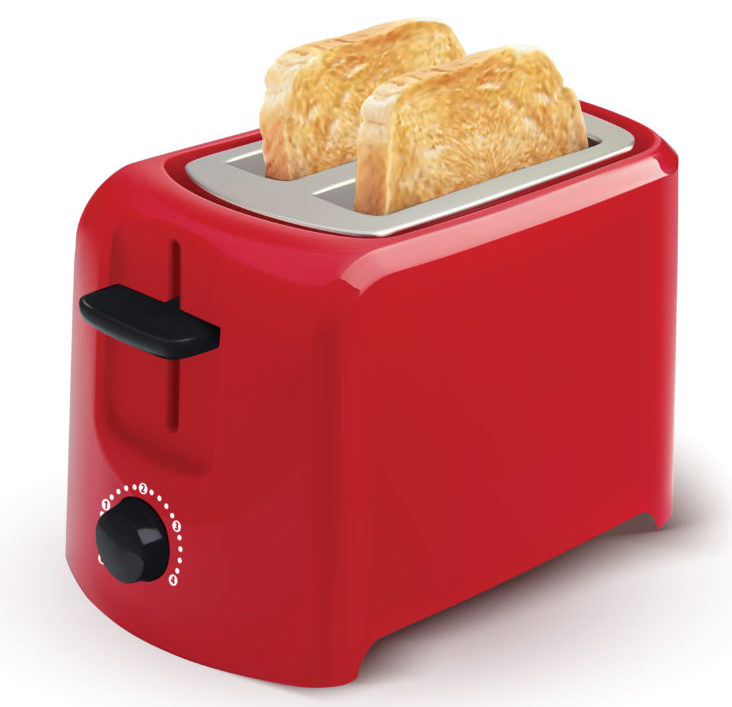 They’re great for toasting bread, waffles, and other thin slices of bread-like food.

They’re also the most affordable (and limited) type of toaster. 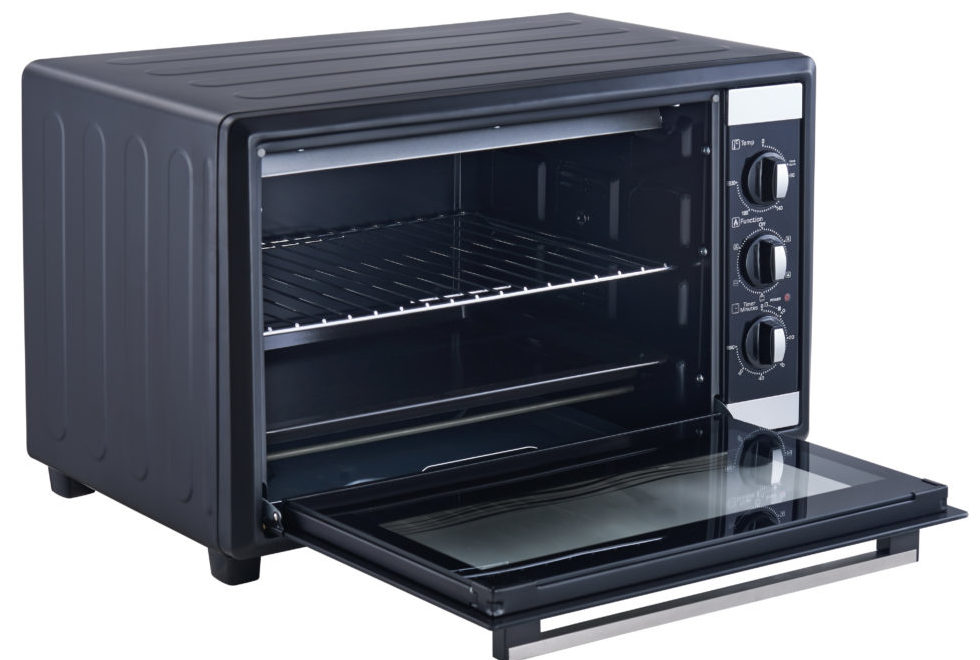 A traditional counter toaster is the next step up from a pop-up toaster. It’s basically a small oven that sits on your counter and can bake, broil, and toast.

You can make cookies, nachos, and other items you would traditionally make in an oven. Plus it can make waffles, toast, and everything else a pop-up toaster can. 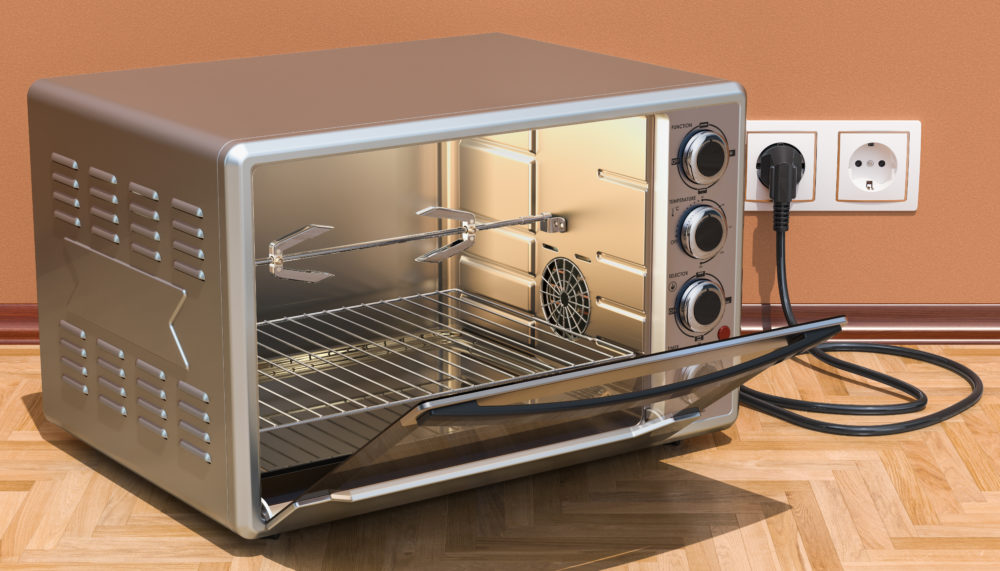 A convection toaster is the third type of toaster, and it’s the most advanced option.

It looks nearly identical to a traditional counter toaster from the outside, but it has one small difference on the inside: a fan.

It also performs all of the same functions as a regular toaster and then some. Some can even make rotisserie chickens!

The key difference between a traditional toaster and a convection toaster is how it cooks the food.

While a convection toaster has these three heat elements, it has a bonus one as well: a built-in fan.

They also tend to be larger. Some convention toasters are even big enough to fit pizza pans!

Why a Convection Toaster Oven Is Better Than a Traditional Toaster 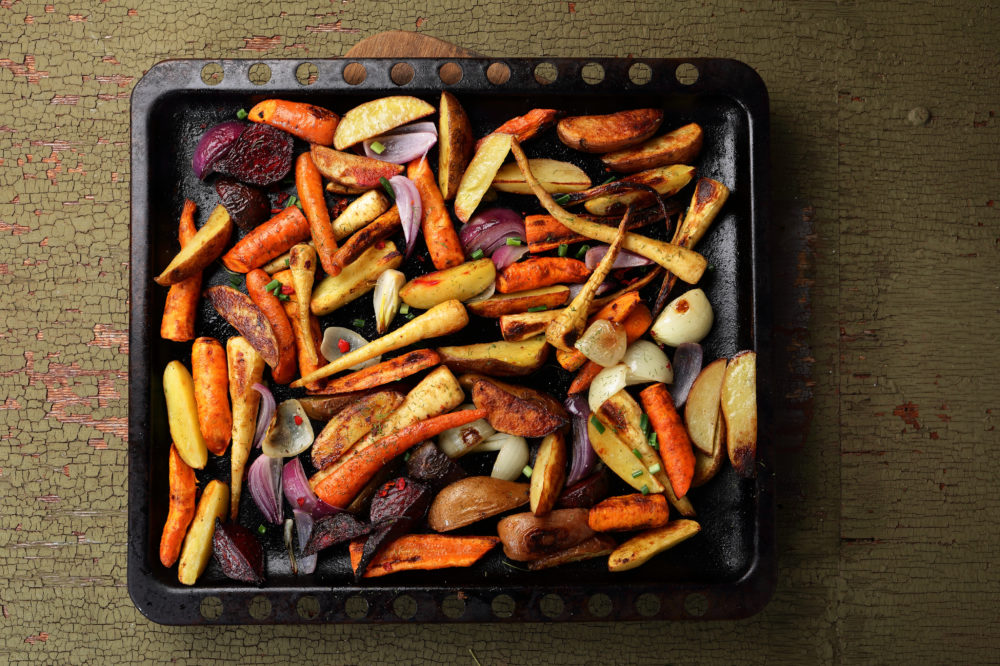 We’ve already outlined the differences between a pop-up toaster, a traditional counter toaster, and a convection toaster. Now let’s compare them side to side.

Convection Toaster vs. Pop Up Toaster

If you’re short on space, you may not want to clutter your coveted counter space with a convection toaster.

However, if you enjoy cooking, it may be worth it. A convection toaster is better than a pop-up toaster for a plethora of reasons:

In short, if you want to use a toaster as a mini-oven, purchase a counter toaster.

In summary, a convection toaster is similar to a counter toaster. It looks the same from the outside, but thanks to an interior fan, cooks your food differently than a traditional toaster. 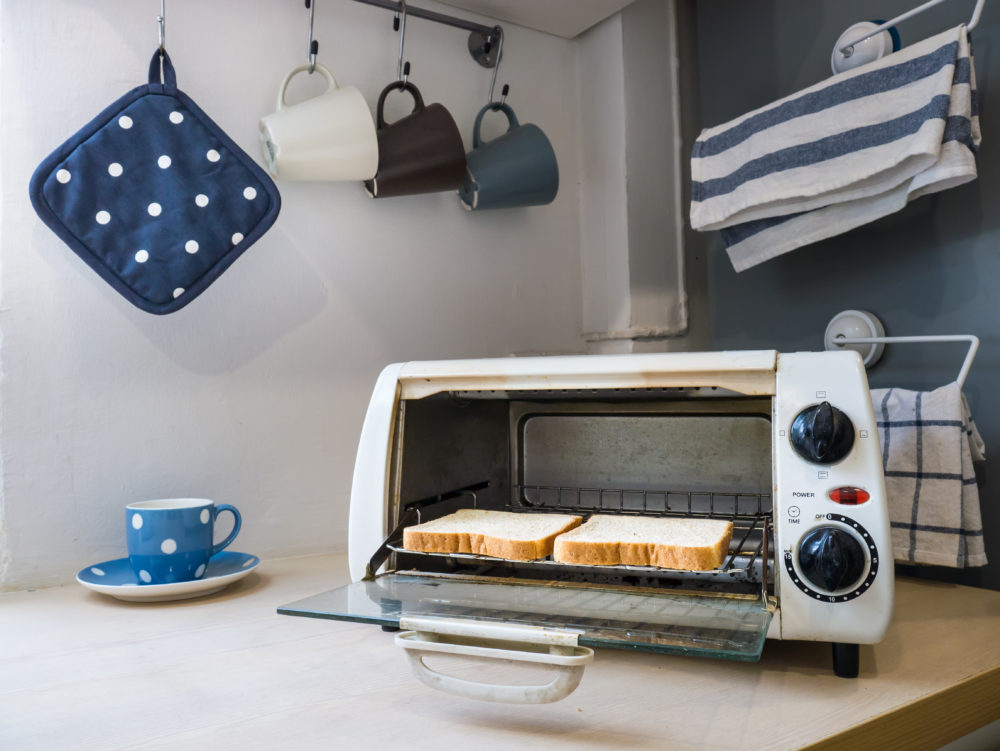 If you’re just starting your toaster search and are still unsure whether want a pop-up toaster, a traditional counter toaster, or a convection oven toaster, here are a few more elements you should consider.

For most people, cleaning a toaster isn’t at the top of the agenda. It’s typically not even in the top 5!

But that doesn’t mean it’s not important.

If you regularly use a pop-up toaster, crumbs can build up and burn. This can cause a fire hazard at worst and an unpleasant smell at best.

If you have a counter toaster or convection toaster and use it for more than bread items, grease and food splatters can build up as well, which can also catch fire with high temperatures.

Toasters aren’t difficult to clean. Some have a self-cleaning function, while others can be cleaned simply by dumping the crumb tray and whipping the interior and exterior with a stainless steel cleaner.

If you want a toaster to last, clean it and take good care of it.

No one likes an appliance that’s hard to use. If it’s too tricky, you’ll likely do something wrong and ruin your food!

Thus, you want a toaster that’s on par with your technical level.

For some, this means old fashioned knobs and buttons and perhaps not too many bells and whistles. Others may prefer a newer, digital model with more features than they can imagine.

There’s no wrong answer. The best option for you may be different than the best one for your mom.

Take a look at a few models and figure out which is easiest for you to use.

Most appliances come with a few accessories. Toasters are no different.

While a pop-up toaster is typically accessory-free, counter toasters and convection toasters can come with options like:

Accessories on their own aren’t usually expensive, so you shouldn’t base your toaster decision on what free accessories come with it. They do, however, fall in the “nice to have” category.

Would you be happy with a toaster that only made toast? And only two slices at a time?

If so, you’re an easy customer and will likely be happy with the first (and cheapest) toaster you find.

However, if you want a toaster than functions more like a miniature oven, look at counter toasters and convection toasters.

Consider making a list of everything you want to make in your toaster. If heating up chicken nuggets, making nachos, and enjoying other small plates of food are on that list, find a toaster with more functions than simply “toast.”

We love convection toasters because of how well they cook food, but there is a downside: they’re big.

Counter toasters and convection oven toasters are significantly larger than pop-up toasters. You may have difficulty fitting them next to your blender, coffee maker, slow cooker, and all your other small kitchen appliances.

Thus, if counter space is an issue, you may want to invest in a small pop-up toaster and use your oven for baking and cooking items you otherwise would have used a traditional counter toaster to do.

All good appliances have warranties, which typically vary based on brand and appliance type.

If you’re trying to cut down on the amount of energy and electricity you use, pay attention to the type of toaster you purchase. As you can imagine, a pop-up toaster uses less energy than a traditional counter toaster or a convection toaster. 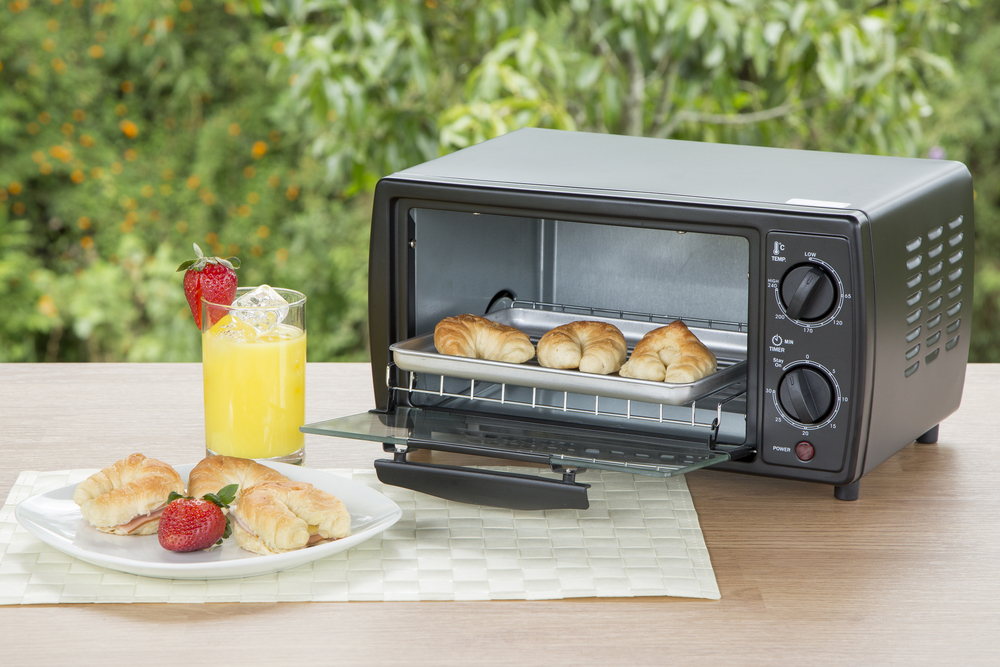 When it’s time to purchase a new toaster, use this buying guide and our top picks to help you choose the best option for you.

Read More
Advertising Disclosure
Top5.com has an advertising relationship with some of the offers included on this page. However, the rankings and listings of our reviews, tools and all other content are based on objective analysis. Top5.com does not always include all service companies or products available in the marketplace. Top5.com strives to keep its information accurate and up to date. The information in our reviews could be different from what you find when visiting a service provider or a specific product's website.
Share on Facebook Share on Twitter Pin on Pinterest Bookmark this Page Share On Email
15 Surprising Ways to Use Your Toaster Oven