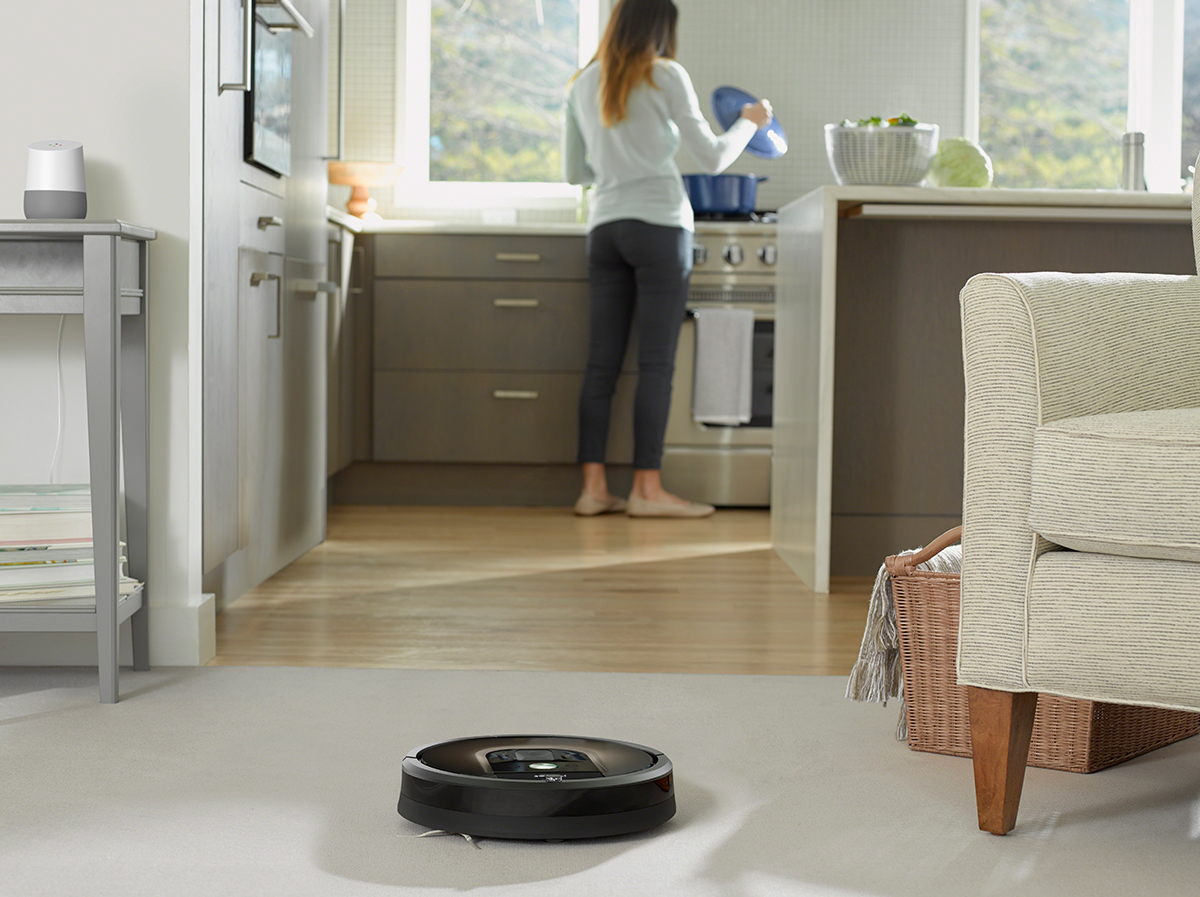 Technology has always pushed people to look toward the future. And while our computers are getting smaller and mobile phones getting smarter, there’s been a push to move tech into every facet of our lives. And it’s not just in the digital products we carry every day. The 1960s animated show The Jetsons brought audiences into a world no one thought we could reach, but it actually doesn’t seem too far off. For years, inventors, engineers and forward-thinkers have been tinkering away at new ways to automate our world. Whether it’s making lights mimic sunrise and sunset or the invention of the robot vacuum, tech has been contributing to the future of what we know now as the smart home.

In this article, we will look at the rise of the smart home, why people today embrace it now more than ever and how machines like the robot vacuum have been integral parts of it. Then you can decide if you want to transform your living space into a smart home or if, say, you just want to bring a robot vacuum into it.

The Beginning of the Smart Home

If you look at history, people have always tried to find ways to make their lives easier. We could go as far back as the caveman era, where tools like the wheel or even craft knives for preparing meals have revolutionized how society at that time lived. However, moving a few centuries forward, the discovery of various energy sources empowered inventors to create some great tools to make our lives easier. And as time progressed, machines and technology have outdone themselves time and time again.

Before jumping ahead to what we know now as the smart home, let’s take a look back at how we got here. If you look back at the early 1900s, home appliances wouldn’t be considered smart by 21st-century standards. However, at the time, they were ahead of the game. Then, when the first vacuum cleaner came onto the market in the late 1800s, steps toward the smart home seemed to move forward. After the vacuum that we know of today was invented in 1901 by Hubert Cecil Booth from England, other home appliances started to come into the picture. And soon the smart home began taking shape.

After inventors began bringing home appliances to households, people wanted to continue the momentum. And as time as progressed and people became busier, the push for these kinds of technologies has grown. But the earlier products were not necessarily the most practical. Here’s a look at some of history’s interesting and sometimes very weird innovations.

Robots were all just a dream back in the early part of the 20th century. However, in 1939, Elektro the smoking robot was introduced at the New York World’s Fair. Created by Westinghouse Electric, the seven-foot tall robot didn’t really do any household duties, but he could move his mouth, make jokes, smoke like a chimney and walk very slowly from place to place. But hey, you can’t knock this machine because it was definitely ahead of its time.

Around 1957, Disneyland debuted its House of the Future. It was made mostly of plastic, which we now know isn’t necessarily the best material to make everything of. But it did have shelves that moved up to the kitchen ceiling, an ultrasonic dishwasher and a kitchen sink that could adjust to someone’s height.

In the ’80s, there was a whole string of Xanadu homes that were inspired by Bob Masters’s designs. They were shaped like domes and were run by some interesting robots. The Xanadu home in Kissimee, Florida, was most well-known. Constructed by architect Roy Mason, this “smart home” did have some cool features. There was a computer system that would figure out the menu and a calendar system that told you appointments and the weather. There was also a butler who would cater to your every whim.

Microsoft Got Really Close to the Modern-Day Smart House

There’s one company that got pretty close to what we see today as a smart home. In the ’90s, Microsoft released this video to show how the future could look like if many things were controlled by digital tools. Released in 1999, the video looks at things like location tracking to find people like your spouse and a barcoding system to helping with your online shopping. There’s a “pocket PC” and also looks into a more intuitive entertainment and lighting system. It might have been ahead of its time in the late ’90s, but we know now where tech can go and how out-of-date this video looks.

What Makes Your Home Smart

So now that we have a baseline on how smart homes came to be, let’s see what they look like today. According to Smart Home USA, a smart home is “one that provides its homeowners comfort, security, energy efficiency (low operating costs) and convenience at all times, regardless of whether anyone is home.”

There are many appliances that make your home a smart one. There’s the Nest temperature control panel on your wall that keeps you cool throughout the day. Robot vacuum cleaners like iRobot’s Roomba keep your floors clean. Even Amazon’s Alexa or Google Home make your house much smarter.

But why have all these automated devices in your home?

The past has proven that humans are more than capable of taking care of domestic duties. Unfortunately, many of us are getting busier, so trying to get laundry or even the dishes done in a timely manner has become a bigger challenge. As we’ve gotten busier, these machines and devices are making it easier to keep our homes in order.

The Robot Vacuum’s Role in a Smart Home

Although Alexa and Google Home are just now popping up in people’s homes, the robot vacuum has been popular for a while now. It’s so popular that iRobot found that 20 percent of homes around the world have a robot vacuum. Robot vacuums are revolutionizing cleaning. Not only can they keep your carpets and hardwood floors clean, but they can do it while you’re not at home. Many robot vacuums can be set on a timer. There are also some that you can control from an app on your smartphone.

And if you are home, the robot vacuum can run on its own while you’re doing something else. Thanks to different technologies in the robot, it can map out an entire floor. Then it will store the information in its memory and will be able to use it for future cleanings.

The Robot Vacuum Is More Than Just a Kitty Ride

Type “Roomba” and “pet” into YouTube. You’ll instantly get video after video of pets reacting to robot vacuums. They could be examining them, chasing them or even riding on top of them. Despite all the hilarious visuals those moments can make, robot vacuums actually do more than just become a plaything or enemy for your cat. They have other features, aside from the ones listed above, that make your life easier.

If you do have a pet at home, especially one that sheds a lot of fur, robot vacuums can take care of the daily sweeping of pet hair. Certain models are specially made to handle your furry friend. Whether it’s the types of brushes on the robot or how much its bin can hold before unloading, there’s one out there for every pet owner.

Speaking of unloading, robot vacuums do have one thing that some people hate dealing with. It is actually emptying it out. Since it is a small device, robot vacuum cleaners do need to be emptied more often than a canister model. Brands recommend unloading and dusting off your bin after each cleaning. So if you use it every day, then you’ll probably need to empty the bin out daily, too. While that can be annoying, it does ensure that your robot will be working at its peak performance every time.

If you’re not a fan of the constant emptying, there are models out there that can self-empty for you.

The Future of the Smart Home

The robot vacuum is just one of the many home appliances that can make your house a smart home. And while some may be averse to bringing their homes fully into the digital future, there are others who are hoping that we can automate just about everything. Inventors, engineers and other product creators are always working on advancing these technologies. Not only are they making it possible to put everything on a timer, but they’re also making it possible for you to look after your home when you’re not even there.

As time progresses, devices will likely get smaller and probably more wearable. Possibly, we will be seeing more robots living with us. And there’s a good chance that all the household chores we hated doing as kids will soon all be handled by machine: like your dish could make its own way from the table to the dishwasher. Who knows? But one thing is for sure, everyone’s curious to find out what’s next.