Cleaning Wars: Can a Robot Vacuum Replace a Normal Vacuum? 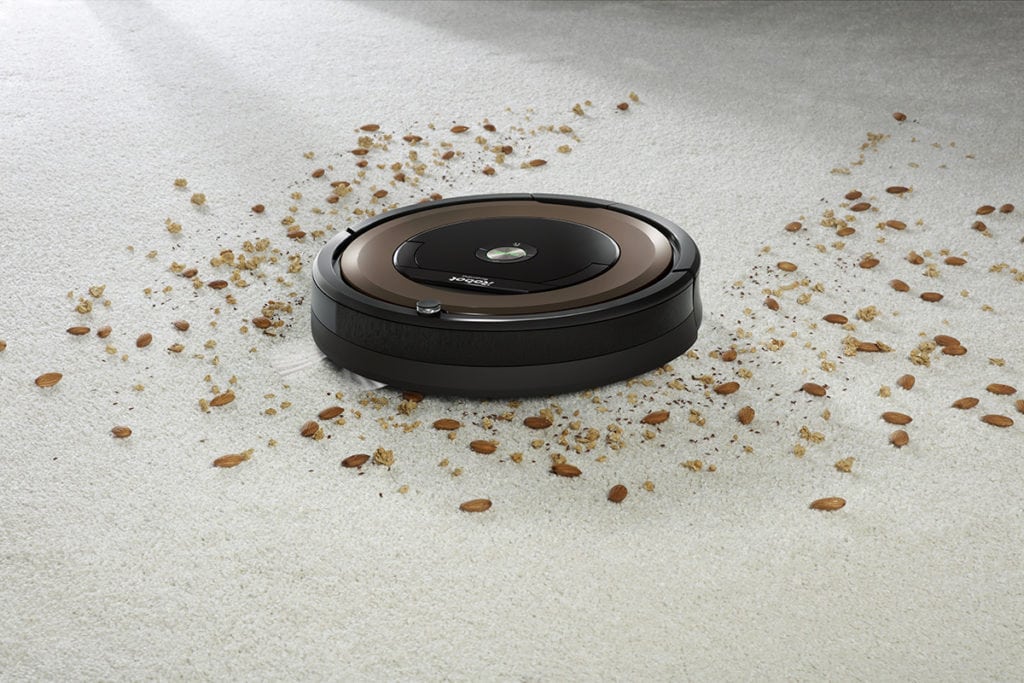 If you had the chance to catch the 1960s animated series The Jetsons, you would have seen how people 50 years ago envisioned the world would be in the 21st century. There would be flying cars. We would spend our vacations traveling to different planets. And we would have robots take care of all our domestic needs. Don’t believe us? Watch the clip below.

Although 2018 hasn’t seen rush hour traffic in the sky, robots are slowly entering our daily lives. They might not be the human-like artificial intelligence that many people are imagining (though there are many people working on it at the moment), but there a number of machines, apps and tools that continuously help us out. And at some point, these robots learn and memorize what our needs are. The robot vacuum has been one of the appliances that has eased many households around the world. But as much as it has made cleaning easier for many people, can a robot vacuum replace a normal vacuum?

What Makes a Robot Vacuum Robotic?

Before we get into the nitty-gritty regarding whether or not a robot vacuum can replace a normal vacuum, we need know to know more about what each cleaning appliance is. Let’s start with the robot vacuum. Within minutes of looking at the circular machine, you will instantly see how compact it is. While many robot vacuums tend to be around 13 to 15 inches in diameter, depending on the model, they are only about three to four inches high. The Dyson is the only exception and is almost five inches tall. Either way, these robots can easily fit underneath furniture, so now you can clean up all the grossness under your couch.

In addition, you can’t escape the fact that there’s no actual handle. While the upright vacuum has one to maneuver it around your home, a robot vacuum runs on motors and drives itself around the house. There are some that you can navigate with an app on your smartphone. Then there are others that have mapping technologies, where the robot surveys the area and memorizes its path every time. Of course, we can’t forget about the fact that it’s cordless and runs on battery power.

We willdelve more into these features later in the article. But first, let’s see what the upright vacuum is all about.

What Differentiates a Robot Vacuum from the Traditional Vacuum?

According to the Merriam-Webster dictionary, a vacuum cleaner is “a household appliance for cleaning floors, carpets, upholstery, etc. by suction.” And while we’re used to seeing corded vacuums as well as robot vacuums, the first-ever vacuum of any kind existed in the 1860s. But back then, they were manually powered. As time and new things like electricity were discovered, these home appliances eventually evolved to the traditional vacuums we see today. There isn’t just one type of traditional vacuum. Nowadays, there are upright vacuum cleaners, appliances that have canisters and ones with drums.However, no matter which type of traditional vacuum you use, they all still apply the same principles. Once plugged in and turned on, the electrical current starts up the motor which powers up the suction fan and the brush rolls. Depending on the vacuum cleaner model, there are also ones that can do a dry or wet cleaning of floor surfaces. Unlike many machines today, the traditional vacuum tends to be on the bigger side. There have been attempts at slimming down these home appliances like the Shark Rocket DeluxePro HV321 Stick Vacuum, but they still seem to be much larger than a robot vacuum.

Now that we have looked at the physical appearance of the robot vacuum versus the normal vacuum, let’s see how they do when it comes to performance.

Does a Robot Vacuum Promote Multitasking?

As technology has been progressing, various machines, tools and the like have been finding their ways into our lives. From smartphones with the power of a desktop computer to appliances that make cleaning your homes faster and easier, these devices have become a normal part of our everyday lives. And the robot vacuum has been a great addition to this family of machines. For many people, robot vacuums instantly beat out a traditional vacuum because it can run on its own.

All you need to do is turn it on by pressing a button on the robot itself and watch it go. Some more advanced models actually allow you to switch on the vacuum cleaner using an app on your smartphone or even using Alexa or Google Home. And with a device that can just clean up your floors without you needing to really monitor it, that means you have more time to do other things. You can have a robot vacuuming whizzing around your home while you do other household duties, watch the kids or even just relax with the show you’ve been binging on lately. That kind of flexibility is something that many people are looking for these days.

So can a robot vacuum replace a normal vacuum? Based on that reason alone, sure it can!

For many people who have an apartment or one-level home, the robot vacuum can get your floors cleaned. But what happens if it needs to deal with stairs or there is a little lift between the living room and the kitchen? Can a robot vacuum handle those obstacles? Let’s start with the easier issue first—different heights.

As floor surfaces change due to textures or molding, the robot vacuum and traditional vacuum react to the situation. When you’re using a traditional vacuum, you’ll be able to maneuver it from surface to surface pretty seamlessly. And if it is a dry/wet type of vacuum, you can clean up the carpets, hardwoods and even tile with ease.

Meanwhile, the robot vacuum works differently. While it has special technology and programming that can help it avoid walls or other obstacles, its gears and wheels can only lift the entire machine up to a point. And that usually isn’t too high. So, there are many times where it won’t be able to get over a bump to get from the living room to the kitchen. And you may need to pick it up and place it in the new area to resume cleaning.

If there’s one thing that many people complain about when it comes the traditional vacuum, it’s getting caught up in the cord. No matter how you hold it or how many times you try to swing it around, there’s always a good chance that it will just end up getting tangled. Or worse, you can get it caught around  furniture.

Meanwhile, the robot vacuum seems to solve that problem because it’s battery operated. Depending on the model, these vacuum cleaners can last for two consecutive hours before they will need to recharge. So if you have a small space, then it can easily do the job without needing a charge. And if the robot vacuum’s batteries run low during cleaning, many models roll themselves back to their charging stations on their own and don’t need you to direct them there. But if you have a large house with many floors, then perhaps the robot vacuum will extend cleaning time. So depending on your lifestyle and the size of your home, this could be a factor when itcomes to selecting the right vacuum cleaner.

So Really… Can a Robot Vacuum Replace a Normal Vacuum?

After looking at some of the big differences between the robot vacuum and the traditional vacuum, the better option is really dependent on the user. As we mentioned previously, the compact size, automated functions and battery power make a strong case that a robot vacuum can replace a normal vacuum. Since some models have the ability to schedule cleanings, then you can put your robot vacuum on a timer. And it can run when you’re not even home. If you’re out more than you’re home, then that’s a great way to keep your floors clean.

However, normal vacuums still have their own merits. Since there is a continuous flow of electricity, they can clean up more dirt and debris, especiallythe pieces that get stuck deep inside spaces. They also have additional accessories to clean up hard-to-reach areas above your head or inside furniture. Then there’s the fact that normal vacuums are significantly bigger—with the exception of a handheld one. This means you will be able to handle more areas of your home, especially if you have a large space—but it also means it will take up more room in your house to store.

In conclusion, deciding between a robot vacuum and a normal vacuum is all dependent on what you want to accomplish in your home. While the traditional vacuums can handle big spaces and heavy-duty cleaning, a robot vacuum can do daily upkeep and won’t require you to physically move the home appliance around. In the end, you just need to look at the pros and cons of each in order to find the perfect vacuum cleaner for you. 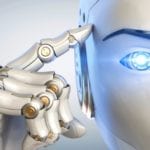 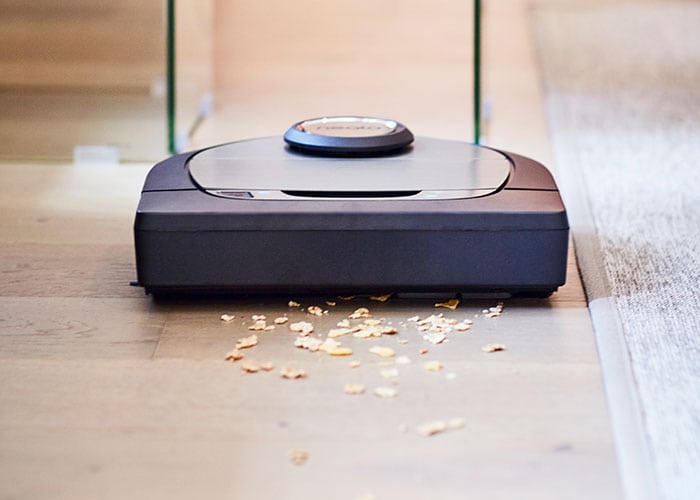 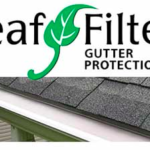 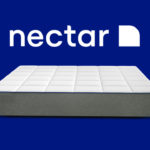 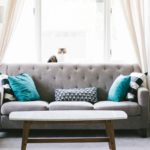 Decluttering and Organizing your Rooms for a Healthy Home 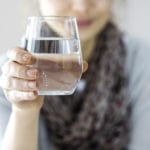 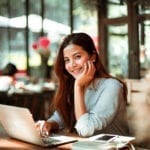 8 Products for Online Students to Be Successful