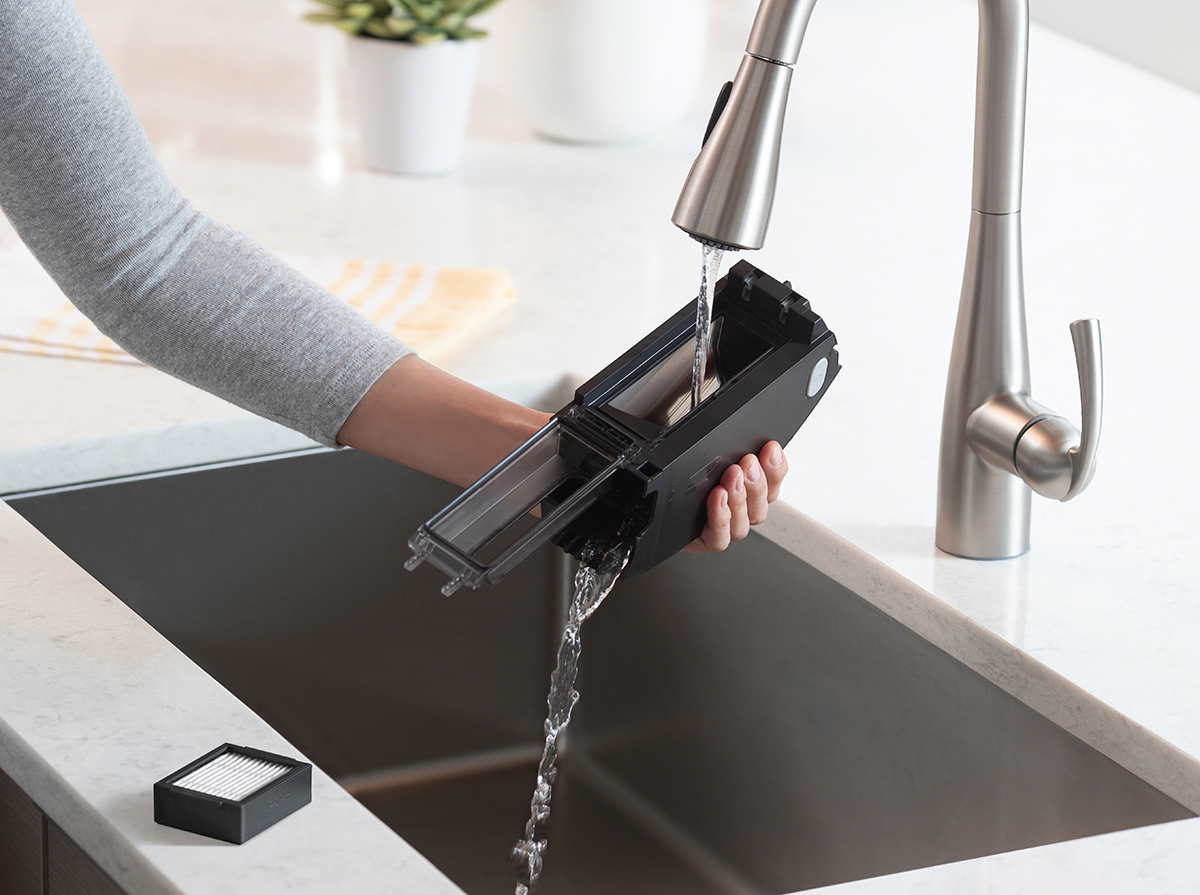 Vacuum cleaners are meant to rid your life of the dirt and debris that accumulates on your floors. But what happens when they start to get too dirty themselves? It’s time to clean them! Deep thought for the day: When you clean out a vacuum cleaner, you become a vacuum cleaner.

Vacuum cleaners with bags or canisters are pretty straightforward when it comes keeping them clean and functional. However, there are quite a few differences between a robot vacuum and a traditionalvacuum, and how you clean them is one of them. The way you can clean an upright or traditional vacuum isn’t necessarily the same as cleaning a robot vacuum. In this article, we are going to explore the process of how to properly clean a robot vacuum.

From the types of cleaning agents to the things you should stay away from, this piece will get down and dirty with the dos and don’ts when you need to clean a robot vacuum.

Before we get into actually maintaining a functional robot vacuum, it’s probably a good idea to talk about what a robot vacuum is and how it differs from its big and traditional cleaning cousin. First of all, robot vacuums are significantly smaller than tradition upright or even canister cleaners. The only type that could possiblybe smaller would be the handheld that’s in the trunk of your car.

Robot vacuums also run on batteries while traditional vacuums are powered by electricity. While some may be very happy to avoid getting tangled in the endless cord, the traditional vacuum cleaner does tend to have more suction power than a robot vacuum. And since it’s plugged in, you can keep a traditional upright running for as long as you want. Meanwhile, the robot vacuum’s battery life usually runs for two hours at most.

Despite the that issue, those who have busy schedules would love the robot vacuum because it can run on its own. Yes! Some models, especially newer ones, have the ability to schedule cleanings. So you set the timer, leave and then come home to a clean home.

When to Clean a Robot Vacuum

Since the robot vacuum is a small, it would be a good idea to dump the bin’s contents into the trash after every use. So if your Roomba runs once every day, then you should probably toss whatever the home appliancecollected into the trash every day, too. But if you don’t have time for that, there are many models that indicate when they’re full. Models in the Roomba 800 series have lights to let you know when the bin is full. So once that light starts blinking, then it’s probably a good sign that your mini vacuum cleaner can no longer do its job.

Despite our little disclaimer above, we’re sure that some of you still won’t be cleaning these out every day. If you fall into this category, then you may want to opt for a robot vacuum that has a self-emptying feature. Yes, these do exist. For example, iRobot’s Roomba i7+ will roll over to its charging station, which also acts as a hopper. Once it’s locked in, the dirt in the robot’s bin will get sucked into the hopper. Since the hopper holds up to 30 bins of dirt, you will only need to empty the hopper once every few weeks.

There are many other models with the self-emptying feature that debuted at the 2012 Consumer Electronics Show. Many worked in the same way as the iRobot robot cleaner above. But there are few other improvements. For instance, the NaviBot-S by Samsung includes tools in its kit to clean out the robot vacuum.

Taking Care of the Bin

If you don’t own a robot cleaner that empties itself, then, as we emphasized above, you’ll need to dump out the bin yourself. In order to do that, you’ll need to remove the bin from the actual robot. Take it to the trash can. Open the lid, flip it over and dump all the contents out. You can proceed to rinse and dry it off after. But if you’re going to do another cleaning tomorrow, just getting all the big pieces of debris out is good enough. And once it’s empty, you can put it back into the robot and have it ready for the next cleaning cycle.

Get All the Excess Debris Out

While it’s important to take out all the big clumps of dirt, dust and hair, it’s also important to get any other extra particles that could later become a problem for your robot vacuum. It might be a good idea to tap the bottle of the bin while it’s flipped over and above the trash to take out anything that’s stuck to it. Since you’re not carefully watching the robot do its thing to your floors, you really don’t know what it’s picking up. You never know. The robot vac may have sucked up an important piece of jewelry, or it could have taken the Lego piece that just disappeared. So when you’re trying to get all the excess debris out, quickly check the bin’s contents. It might feel like an extra step, but you’re off being safe than sorry.

Since robot vacuums are automated devices, they rely one a number of mechanical and digital parts that should be in the best condition possible—and senors are just one of those important parts. If you’ve already gone through with emptying out the bin of your robotic home appliance, the full bin light should automatically shut off. But if it’s still on with an empty bin, then there’s a good chance that your sensors are dirty.

In that case, you will need to remove the bin from the robot again. Then open the lid and make sure that the sensors have no dust or debris covering them. Robot vacuums use these sensors for many tasks—from navigation to determining the amount of dirt in the bin. So clean sensors are important for the robot to work well. To be safe, you can use a dry towel or even a soft bristled brush to dust the dirt off. Once it’s clean, then you can replace the bin and reboot the robot vacuum.

If you’re still having issues with the robot after it’s been restarted, then you may need to call the brand’s customer care for further assistance.

Dealing with the Filter

Filters are a very important component on the vacuum cleaners, regardless of type. Not only do they make sure you don’t breathe in the dust that your machine picks up, but they also pick up anything that doesn’t get trapped in the bin. So it’s always important to keep them clean. Filters should be cleaned at least once a week. If you have pets, then it would be ideal to clean them twice a week. All you’ll need to do is take them out from the bottom of your robot vacuum and tap them against the trash can to get all the excess particles off the filter. Be sure not to breathe those particles in as well.

Don’t Forget About the Brushes

If your home has pets or people who tend to shed a lot of hair, then you will want to get into the habit of cleaning the brushes of your robot vacuum. Unlike dust, hair and other stringy objects can get caught in the brushes and gears of the robot. So if you regularly remove them from the machine and remove the hairs and strings from each brush like in the video above, then you won’t run into that issue. Don’t try to wash them with water or put them through any kind of cleaning device like the washing machine. If the filters looktoo dirty or worn out, then it’s time to replace them.

Check on Your Battery

Although robot vacuums have rechargeable batteries, that doesn’t mean they last forever. Be sure to check your batteries once in a while to make sure they are still in good shape. One way to do that is to make sure that there are no leaks coming from the power source. You’ll also want to check the battery itself and see that the connectors on the fuel cell have no dirt on them. If the connectors have smudges on them, just take a dry towel and wipe them off. This will ensure there are no blockages between the battery and the robot.

As you can see from the steps above, there are a lot of parts to the robot vacuum and probably more we haven’t even seen. However, it’s important to keep these components cleanso that your robot cleaner will do its job right as well as not break down in the future. The more consistent the upkeep is, the less deep cleaning you’ll need to do in the future. And if you don’t, don’t come back crying to us when your robot vacuum bursts a cloud of dust all over the area you’ve just cleaned.