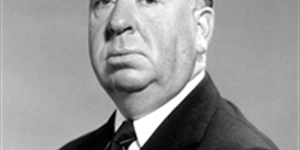 Hollywood has seen many directors come and go. Those that leave a mark do so by repeatedly bringing us films that advance the art form and bear their own personal touch and vision. All throughout film history, we can thank the men and women who yell “action” for wrangling temperamental movie people and battling studio executive idiocy in service of creating movies we can enjoy for years to come. These are the five greatest directors to work within the confines of Tinseltown:

The director who gave us the modern blockbuster as we know it with 1975’s Jaws, Steven Spielberg is the perhaps the most commercially successful director of all time, and hasn’t fared too poorly in the critical department either, thanks to well-told mega-hits, like E.T. (1982), Close Encounters Of The Third Kind (1978) and the Indiana Jones series, whose first installment Raiders Of The Lost Ark (1981), is pretty much the greatest action flick of all time. 1985’s Alice Walker adaptation The Color Purple saw a change of pace that resulted in eleven Oscar nominations and box office success. As well as helming more blockbusters such as Jurassic Park (1993), Spielberg’s work vegan to veer into weightier themes than his earlier sci-fi and adventure crowd pleasers, like war in 1998’s Saving Private Ryan, terrorism in 2005’s Munich, and most notably The Holocaust in 1993’s Schindler’s List, which earned him his first Best Director statue.

A man who worked in many different genres in his career yet tackled them all with the same distinctive aesthetic voice. Remembered for succeeding in gaining big-time Hollywood financing to make what are essentially “art films”, Stanley Kubrick was a genius who produced highly lauded and often highly disturbing films like A Clockwork Orange (1971), 2001:A Space Odyssey (1968), The Shining (1978), Full Metal Jacket (1987), and his most commercially oriented and successful film Spartacus (1960). 1964’s Dr. Strangelove, perhaps his greatest all-around film, is a comedy concerning a world on the brink of nuclear annihilation, and this is as lighthearted as it gets with the man. From his 1950’s noir features, to his final film, 1999’s Eyes Wide Shut, Kubrick made precision-crafted movies that stay with you long after viewing.

The man who made what many consider the greatest film of all time, Citizen Kane, for his film debut as a New York theater upstart come to Hollywood, was obviously a man destined to be a giant of the medium. That first film, a visually stunning, breathtakingly acted and written character study based on publishing giant William Randolph Hearst, would also prove prophetic in Welles’ struggle to get it made. The man would grapple with Hollywood for the rest of his career, yet still go on to make a handful of additional masterpieces (though none quite as influential as Kane), like The Magnificent Ambersons (1942), The Third Man (1948), and Touch Of Evil (1958). But honestly, he could never have made another film after the groundbreaking Citizen Kane, and still be considered for this list.

The little guy from Little Italy with the big eyebrows is responsible for some of the best (and most profane, violent) major motion pictures around. Martin Scorsese first gained wide notice with 1973’s gripping low-level wiseguy story Mean Streets, which featured constant collaborator Robert DeNiro. The two reteamed for 1976’s landmark Taxi Driver, which earned him the first of many Best Director nominations as well as the second Best Picture nom for one of his films, 1974’s “Alice Does’t Live Here Anymore” gaining the first. Over the next four decades he put out all-time greats such as Raging Bull, Goodfellas, Casino, and 2006’s The Departed, which finally got him a long overdue Academy Award for his directing.

Let’s face it, this rotund Englishman just made classic after classic after classic. From Psycho, to Vertigo, to North By Northwest to a slew of other timeless, visually brilliant suspense thrillers, Hitchcock was a major talent who worked with others of that ilk to make more revered films than probably anyone else to ever work within the Hollywood system. His first American-produced film, Rebecca, won the Oscar for Best Picture of 1940, while his second, Foreign Correspondent, was also nominated in the same category that same year. That’s a pretty good first year. He excelled throughout the rest of the 40s then hit his peak in the fifties, striking gold with legendary actors such as, Jimmy Stewart, Grace Kelly and Cary Grant to make an endless list of hits through to the early 60’s that includes Rear Window, Dial M For Murder, and To Catch A Thief.

Charles Chaplin –This screen comedy legend was so well regarded in his time he released two mostly silent films (1931’s City Lights, 1936’s Modern Times) after the advent of sound and saw them both reach great success. Chaplin’s features were funny and moving masterpieces that pop up on many a “100 Greatest Films” list.

D.W. Griffith – the first epic filmmaker, Griffith was responsible for many pioneering techniques that helped greatly advanced film as a storytelling medium in the silent era. Griffith is best known for the controversial pro – KKK film Birth Of A Nation (1915) and his mea culpa for that (still highly esteemed) P.R. snafu, Intolerance (1916).

Francis Ford Coppola – In the 70s, he made the first two Godfather films, The Conversation, and Apocalypse Now. That’s perfection achieved four consecutive times. Coppola’s gift to cinema in those four films is immeasurable, so much that many will surely balk at his absence in the Top 5.

John Ford – If Orson Welles and Ingmar Bergman name you one of the greatest directors, you probably did alright. The master of the long shot, Ford used the American Frontier as a wide canvas in classics like Stagecoach (1939), My Darling Clementine (1948) and The Searchers (1954) , taking home four Best Director wins over a long , sterling career.