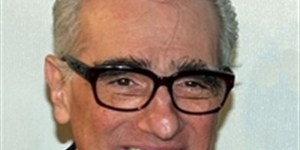 Zoom shots. Gangland violence. Pesci and DeNiro bickering and behaving like degenerates. “Gimme Shelter” by The Rolling Stones. These things are synonymous with Martin Scorsese, without question one of our greatest directors, and these are his five greatest films.

As “Gimme Shelter” blares over the opening montage, you know Marty is back, to tell the story of deception and betrayal that would finally nab him the Academy Award for Best Director. Working with the Scorsese for the first time are acting legend Jack Nicholson (not disappointing whatsoever as an eccentric yet crude Irish mob boss, based on real life gangster Whitey Bulger) and Matt Damon (as his mole in the Mass. State Police) while recurring collaborator Leo DiCaprio stars as a trooper sent undercover to infiltrate Nicholson’s organization. Alec Baldwin, Martin Sheen, Mark Wahlberg and Vera Farmiga round out a cast that’s privileged to utter some of the most crackling dialogue in recent memory in a film that’s punctuated with shocking violence, wicked humor and lots of shots of cell phone screens .

Visually stunning (DeNiro’s eye-popping pink suits mostly) and boasting a soundtrack that trumps even that of Goodfellas (Devo!), Casino is the true story of Chicago gangsters planting their flag in 70s Vegas. Sharon Stone goes for the gold as hustler Ginger McKenna (undoubtedly her best work), who causes no end of problems for her husband, casino boss and mob bookie Sam “Ace” Rothstein (DeNiro), with Mafia captain Nicky Santoro (Pesci), Rothstein’s boyhood friend, caught in the middle. Pesci puts on a Chicago twang and sets himself apart from Goodfellas’ fellow psychopath Tommy quite nicely. James Woods excels as Ginger’s old pimp and boyfriend (See Taxi Driver for DeNiro’s policy on pimp/boyfriends), a character for whom “sleazy” is a polite description. Casino is a fast moving, exhilarating film for the entirety of its considerable runtime, and a perfect companion piece to Goodfellas.

An ominous study of isolation and violence, with 1970s NYC portrayed as one of the most memorable Hells in all of film. Lonely cabbie Travis Bickle (DeNiro) fails at love with a beautiful campaign worker (Cybil Sheperd) then spirals down a drain of paranoia and self-righteous psychosis, culminating in a bloody gun battle, still one of the best ever filmed. A young Jodie Foster debuts as a teen hooker Travis attempts to take under his wing, while Harvey Keitel deftly embodies her pimp/boyfriend, the eventual focus of Bickle’s rage. Bernard Hermann, who also provided the iconic scores for Psycho and Citizen Kane, does brilliant work here, helping cement the films status as an unforgettable classic.

Never has such ugliness been presented so beautifully as in Raging Bull. Backed by an operatic score and gorgeously shot in black and white, this disturbing and (yes) hilarious portrait of middleweight Bronx pugilist Jake La Motta (Robert DeNiro) features balletic boxing scenes that contrast the much less glamorous violence of La Motta’s life outside the ring. DeNiro recieved unanimous praise and countless awards for a performance that required him to shape up as the fighter in his prime, then accrue 60 pounds of flab as the down and out older LaMotta. That heft is supported ably by Joe Pesci as his brother /manager Joey, and Cathy Moriarty as his brave, long-suffering bombshell wife Vicky, the target / object of much of LaMotta’s volatility and insecurity. “That’s entertainment.”

Even people who don’t generally like mob movies can agree this one of the most perfect slices of cinema on record. Real life mob turncoat Henry Hill’s road to rat-hood is recalled in this sweeping, vital film no one can ever seem to get tired of. As the half Irish/half Italian Henry grows up only to spiral into drug addiction and eventual traitor status in the 1980s, the mob itself falls from the glory he admired as a kid in 1950s Brooklyn. Joe Pesci earned an Oscar as Hill’s friend Napoleonic sociopath Tommy DeVito (look for Scorsese’s own mother as Tommy’s mama) and delivered one of the most quoted lines in movie history in a barroom confrontation with Ray Liotta’s Henry. Future “Sopranos” star Lorraine Bracco also took home a statue for her work as Henry’s wife Karen. From its impressive soundtrack, to its lifelike performances, to its expert camerawork and editing, Goodfellas is the Ultimate Scorsese flick, and according to many, the ultimate mob movie.

Mean Streets (1973) – The film where Marty made his mark. A gritty portrait of aspiring young hoods in NYC’S Little Italy (where Scorsese grew up) starring Harvey Keitel as responsible Charlie, and Robert DeNiro as the volatile loudmouth Johnny, after whom Keitel is constantly cleaning up. A wonderful peak at Scorsese’s mob movie greatness to come.

The King Of Comedy (1983) – Underrated and awesome, this film has Jerry Lewis basically playing himself, with DeNiro as a delusional obsessive fan and aspiring comic. Think Taxi Driver with a bit less blood, and a lot more laughs.

Bringing Out The Dead (1999) – The ever-intense Nic Cage stars as an NYC paramedic at the end of his rope, in this surreal and gritty film.

Gangs Of New York (2002) – This violent epic of 1860s New York and the massive roving gangs that vied for supremacy therein, marks the first time Leonardo DiCaprio worked with Scorsese, and features a typically amazing turn from Daniel Day Lewis as the fearsome yet honorable gang leader Bill The Butcher.

That’s the skinny on Scorsese. If anyone’s got anything to say, go right ahead.