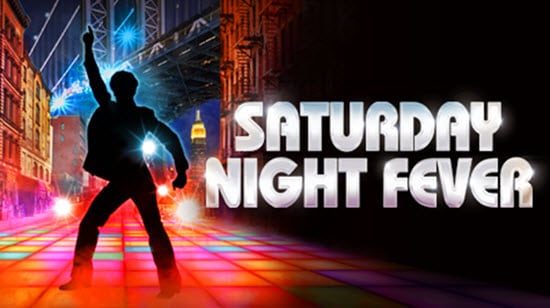 King Kong, Ghostbusters and many more are popular movies NYC landmarks have featured in, and this is no surprise, as the Big Apple is a city like no other.

With a population density and urban environment that stand out whenever the city is photographed or filmed, stories set in NYC appear throughout literature, television and film. Some of the best movies set in New York City use the city itself as a character, interacting with and impacting the lives of everyone else.

Here are the top five popular movies NYC is a setting in:

Released in 2009, New York, I Love You is an NYC-based companion to movies such as Paris je t’aime and is the second film in the Cities of Love franchise, created and produced by Emmanuel Benbihy.

The American romantic-comedy is one of the many movies NYC citizens can credit as covering most of their daily lives, with each exploring a different aspect of life in New York, but with the film centered on the topic of love.

Notable directors and actors include Natalie Portman, Bradley Cooper, Christina Ricci, Shia LaBeouf and Brett Ratner. Some segments of the movie’s NYC setting help to celebrate New York City’s beauty and the vibrancy of its residents, while others show how lonely the modern metropolis can be. The differences in tone and theme from one segment to the next reflect New York City, with all its wonders and its many imperfections.

The movie, which is a compilation of 11 short films, was set in all five boroughs of New York City.

Naked City is one of the top and earliest NYC movies portraying the city’s crime side.

Amid a semi-documentary portrait of New York and its people, a model is murdered in her apartment. Homicide detectives Dan Muldoon and Jimmy Halloran investigate. Suspicion falls on various shifty characters who all prove to have some connection with a string of apartment burglaries.

Jules Dassin’s 1948 crime procedural was an early foray by Hollywood into the behind-the-scenes of police investigations. It was filmed entirely on location in New York City, with the film featuring  landmarks such as the Williamsburg Bridge, the Whitehall Building, and an apartment building on West 83rd Street in Manhattan as the scene of the murder.

The Naked City borrows elements from documentaries, including a narrator and a factual depiction of police work, but actors play the major roles in the story of a murder investigation (and its thrilling conclusion on one of New York’s island bridges).

The movie ends with a reminder that it is one of the many stories that New York tells every day.

Martin Scorsese‘s Taxi Driver is among the best movies of his long career. Made in 1976, it stars Robert DeNiro as a working taxi driver who descends into insanity as he plots to assassinate a presidential candidate and then the pimp of an underage prostitute whom he befriends.

DeNiro’s classic yellow NYC taxi weaves in and out of neighborhoods, carrying him in and out of the lives of many different types of New Yorkers. DeNiro’s character, Travis Bickle, narrates throughout, sharing his disgust with the city’s dirty streets and corrupt residents.

The violent, gritty movie takes place largely at night, showing a darker side of Manhattan. It’s the perfect setting to depict urban isolation.

The film enjoyed success at the box office after raking in over $28 million for the $1.3-million-budget film.

It also won two Academy Awards and was selected to be preserved in the United States National Film Registry for being “culturally, historically, or aesthetically significant.”

In 1977, John Badham directed what would become the defining movie of the disco era. This is one of the movies NYC has explaining its social- and nightlife in the disco era.

Saturday Night Fever stars John Travolta as a working-class Brooklynite whose nightly trips to the dance club elevate his status to that of a superstar.

The film showcased aspects of the music, the dancing and the subculture surrounding the disco era: symphony-orchestrated melodies, haute couture styles of clothing, pre-AIDS sexual promiscuity and graceful choreography.

Not only does the movie capture a particular place and time in New York’s history, it also symbolizes the class struggle and dream of rising to a higher station in life that has inspired New Yorkers for centuries.

The film was fully filmed in New York in locations like Brooklyn, Manhattan and Staten Island.

The story was based on a 1976 New York magazine article by British writer Nik Cohn, “Tribal Rites of the New Saturday Night,” which he admitted to having fabricated.

The movie made disco music popular around the world, and in 2010, the film was also selected to be preserved in the National Film Registry.

Woody Allen‘s 1979 movie is a black-and-white love letter to NYC.

The movie is centered around forty-two-year-old Isaac Davis, who has a romanticized view of his hometown (New York City).

The Manhattan skyline and everyday sights grace the film’s opening, with Allen’s narration explaining what it is about New York that draws so many people to it from all around the world. The movie goes on to present a series of relationships set against the New York backdrop, but the city is constantly playing a part in how the lives of the characters unfold. While Woody Allen set many of his films in his hometown, this is the one that fully reveals the depth of his love for the place.

It is considered one of Allen’s best films and in 2001 was selected to be preserved in the National Film Registry.

Which of these NYC movies is your fave? Have any to add to the list? Let us know in the comments!