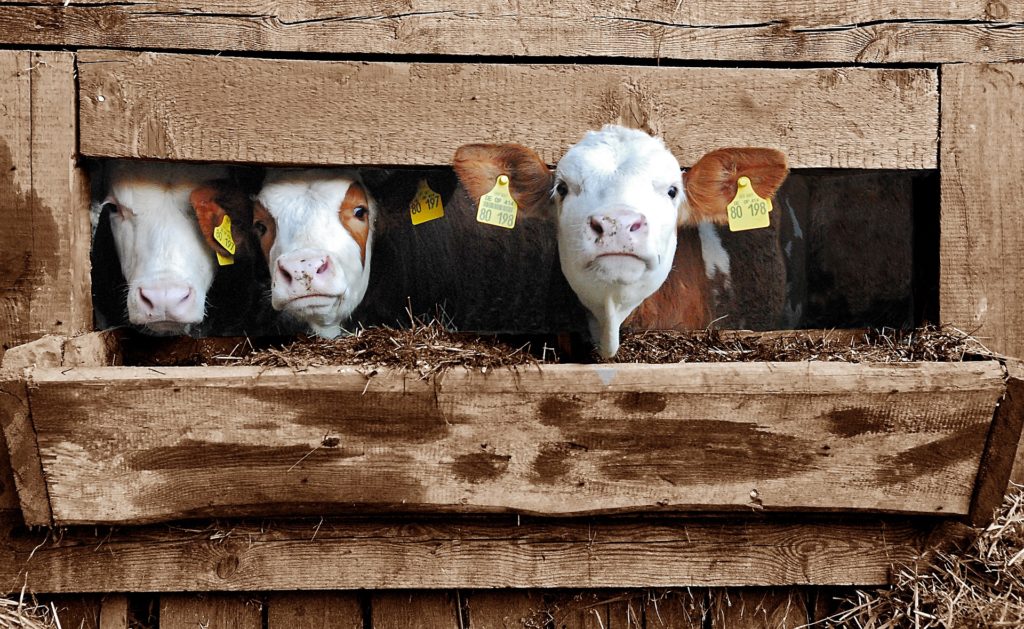 Is dairy bad for you or good? It’s a controversial issue we are about to dip into! We’re taking a close look to help you decide if cutting out dairy is worth it!

To drink milk, eat cheese and enjoy dairy yogurt is quite a convenient choice. We are tricked into believing that those are the best ways to get calcium. It’s inexpensive and delicious. We might even believe that it could help us to lose weight. And most likely we don’t have the knowledge that there are other options, or are simply too lazy to consider them and change our diet.

How did we get here? The answer is shocking: The American National Dairy Council alone, spent more than $190 million on their Got Milk campaign, trying to convince you of the fact that you need that daily glass of milk to stay fit and healthy. This brainwashing has been going on for decades.

Are you ready to hear the truth? Here are the Top 5 reasons to cut out dairy today!

5.) Reason For Cutting Out Dairy: Drop Those Extra Pounds

Surprise, surprise. Vegans are, on average, up to 10kg slimmer than meat-eaters. There are many possible explanations for this, one of them being that dairy products contain a varying amount of lactose, which slows down weight loss. To add to that effect, part of the protein in milk generates an insulin response, which has similar effects.

Unlike unhealthy fad diets, cutting out dairy is a healthy and sustainable way to say goodbye to excess fat. The way it is consumed makes dairy dangerous to our slim waistlines. Cheesy pizza, thick sandwiches, pasta drowned in cheese.  Cutting out dairy can promote weight loss if you’re not overeating other things to compensate for it.

4.) Reason For Cutting Out Dairy: The Calcium And Protein Myths

Dairy was not a regular staple of the western diet until after the Industrial Revolution. How did we only survive before cow’s milk found the way into our homes? Were we all completely calcium and protein-deprived?

Clearly not. Americans consume large amounts of calcium, and yet, their rates of osteoporosis are among the highest in the world. How is that possible?

Chinese people consume half as much calcium, mostly from plant sources and have very low bone disease rates. We can assume that the consumption of dairy milk actually increases the risk of getting osteoporosis.

This thesis is backed up by science. A Harvard study revealed that women who consume two or more glasses of milk per day have a higher risks of broken hips and arms than those who drank one glass or less per day.

If you’re concerned that cutting out dairy will leave you in a dangerous protein deficiency, fear not. Many people believe that we need exorbitant amounts of protein to function properly. Which is also why loads of vegans are bombarded with questions about protein.

Protein sources for vegans and vegetarians – Here is our simple guide!

3.) Reason For Cutting Out Dairy: Cruelty Towards Animals

Could we convince you of cutting out dairy yet? Do you still have doubts? Hang in there… We’ve got more!

The dairy industry paints an idyllic picture of cow’s milk production, but the truth is more often than not a different one.

Cows are not just intensively confined and left unable to fulfill their basic desires, like nursing their babies. They are hooked up like machines, genetically manipulated and pumped full with hormones, antibiotics and other chemicals, which as we’ll learn later, finally ends up in our food.

And the suffering continues in the short cow’s adult life: Artificially inseminated, female cows will be pregnant shortly after their first birthdays. After birth, the cows lactate for 10 months and are then inseminated again, continuing the cycle until they are rendered worthless to the dairy industry.

In nature, cows have an expected lifespan of about 20 years and would produce milk for eight years. But the introduced stress and the harsh conditions of factory farming will lead to a short and miserable existence, at the end of which the cow, then 4 or 5 years old, will be sent to the slaughterhouse.

Cutting out dairy and meat altogether? Learn about the freaky things that will happen to you when you’re going vegan.

2.) Reason For Cutting Out Dairy: A Dangerous Chemical Cocktail

Cow’s milk contains a long list of medication. It’s like hitting the chemical jackpot. Scientific tests have found both medications used to treat diseases in both humans and animals in cow’s milk. Among the list of drugs and hormones detected were anti-inflammatories, antibiotics, anti-malaria drugs, anti-fungal drugs and a whole lot of added hormones.

Some of these medications and hormones were given to the cows directly, via their food, water or injection, others are a result of contamination on the farm.

The sad truth is, that most dairy products you’re consuming today, contain a cocktail of chemicals you’d be better off avoiding. It is little surprising, that cow’s milk is now claimed to be the number one cause of food allergies amongst children.

1.) Reason For Cutting Out Dairy: You’re Not A Baby Cow

We’ve already learned that from a young age on, we are brainwashed into believing that cow’s milk is a vital part of a healthy diet. But nobody ever raised the question, whether it is actually natural to consume dairy.

Let’s go back a step! What is dairy intended to be? The biological purpose of cow’s milk is to feed a rapidly growing calf and let its weight increase from light 90 pounds to unbelievable 2000 pounds in less than 2 years.

How is that possible? Well, to work its “magic”, cow’s milk contains 59 active hormones, allergens, fat and cholesterol. Not to forget the measurable quantities of herbicides, pesticides, dioxins and up to 52 powerful antibiotics, blood, pus, feces, and bacteria. Yummm…

Cows produce milk for the same reason that humans do—to nourish their young—but the calves on dairy farms aren’t that lucky. They are taken away from their mothers when they are as young as 24 hours!

So weshould really ask the question, are humans calves? Do children, teenagers and grown-ups really need a huge plus in hormones to keep growing? What do you think?

Maybe it will help you to know, that the biggest factors in cancer growth include fat, excess estrogen and animal protein. Cow’s milk happens to deliver all three. Non-organic cow’s milk is especially dangerous, as the animals are injected with bovine growth hormones, which are closely connected to tumor growth.

Another fun fact: Besides humans, no other species on earth drinks milk beyond infancy or drinks the milk of another species. Knowing all of that, the thought of consuming cow’s milk sounds pretty weird, doesn’t it?

The time for cutting dairy has come!

Not satisfied? Continue reading an article on the dairy industry’s dark secrets on PETA!