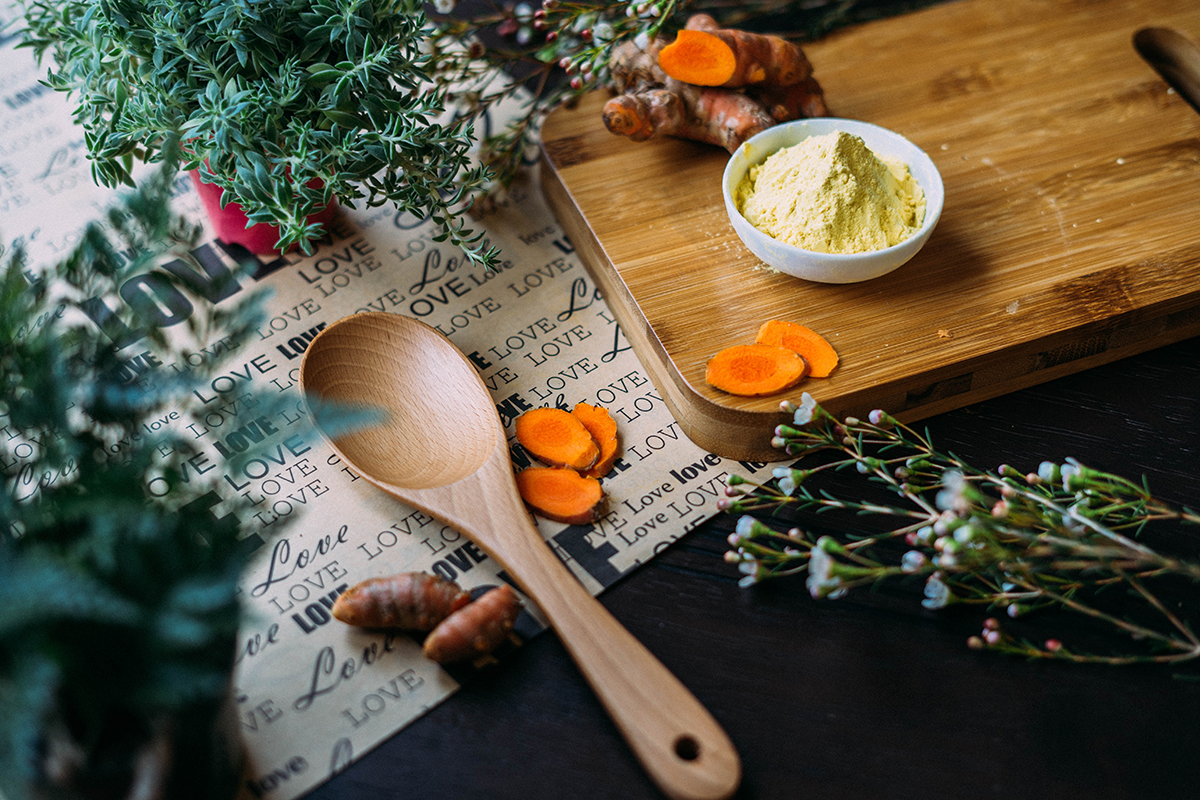 For many Americans, Thanksgiving has always been one of the year’s most beloved holidays. Not only is it the time when families reunite after long periods of being apart, but it’s also the moment where it’s completely acceptable (and usually encouraged) to fill our bellies with everything on the table. But even though the holiday celebrates some great home-cooking and comforting dishes, the menu is not conducive to vegan Thanksgiving recipes.

Aside from the turkey, many dishes are made with butter, bacon and other big no-nos for non-meat and non-dairy eaters. But fear not, we found five great vegan Thanksgiving recipes that even the biggest of meat eaters can’t resist. And don’t worry, these aren’t a bunch of side dishes. We’ve got stuffings, main dishes, gravies and even desserts. Bon appétit!

When we think pie for Thanksgiving, it’s usually made with pumpkin, apples or sweet potatoes. But what about making a savory one instead? Ilene of The Colorful Kitchen puts her vegan spin on the classic chicken pot pie. The dill and tamari — a Japanese soy sauce — build up the flavor for the veggies and will make you forget about the chicken altogether. Ilene also shows you how to make a lattice crust.

One more fun part of this particular pie recipe is that you can make one big dish for everyone to share or mini versions using small mason jars. That way all your guest will have a bite.

Macaroni and Cheese might not be the most American of dishes (it came from Europe), but it is one we’ve adopted as a comfort food. And as amazing as the warm and gooey cheesiness is, not everyone can enjoy it.

Sorted Food have figured out how to make cashew cheese taste great and pack in loads of vegetables, so that it’s also full of that healthy stuff. But don’t worry, with the help of a food processor like this one, you’ll still get that creamy consistency that’ll make you forget there was no dairy in there to begin with. For an extra kick, toss in some jalapeños. Be sure to make room for this one on your plate!

Turkey is usually the big star of the Thanksgiving meal, with the rest of the dishes being supporting actors. But what about your non-meat-eater guests? Forget about the tofurkey for this one. Instead, why not try out a lentil and quinoa loaf?

Vegan Richa has a recipe that’s not only easy to put together (despite the long list of ingredients), but also serves four people. If you double the measurements and use a larger bread pan like this silicone one by Freshware, you should have enough to serve the whole family on this rustic wooden platter.

No main dish — meaty or not — is complete without a sauce of some kind. And while turkey giblets are usually the base for gravy, we’ve got a recipe for one that won’t be using any part of the poor bird. Instead, the The New York Times has come up with a recipe that’s full of portobello mushrooms. With the help of some good vegetable stock (here’s a recipe for a great one) and some soy sauce, this condiment has a nice, round flavor.

Don’t forget to use a ladle to make sure you get enough of this luscious liquid, and the kids will love using this dinosaur one. What else makes this gravy great? You don’t need to fuss over it, since it slow cooks all day. And you can freeze the extra for future meals.

If you don’t strain out all the mushrooms, you can also add a blended up butternut squash, a touch of almond milk and some cornstarch to make a vegan cream of mushroom soup. How can you say no to a multi-purpose dish?

No matter how much food anyone eats on Thanksgiving, it seems like we’re all born with two stomachs that day. And that second one is meant for dessert.

The perfect end to a another great holiday meal is pumpkin pie. The Minimalist Baker ups the ante by turning the pie into bars (perfect for the guests who want to hit up the Black Friday sales early) as well as making them vegan and gluten-free. She also makes it easy to make by instructing us to toss the wet ingredients into a blender like this one to ensure a smooth pumpkin filling. Wanna add to the decadence? Here’s a recipe for a coconut whipped cream.

For more great ideas, check out this ultimate guide to vegan Thanksgiving recipes:

Have even more suggestions? Let us know your favorite vegan Thanksgiving recipes in the comments below!