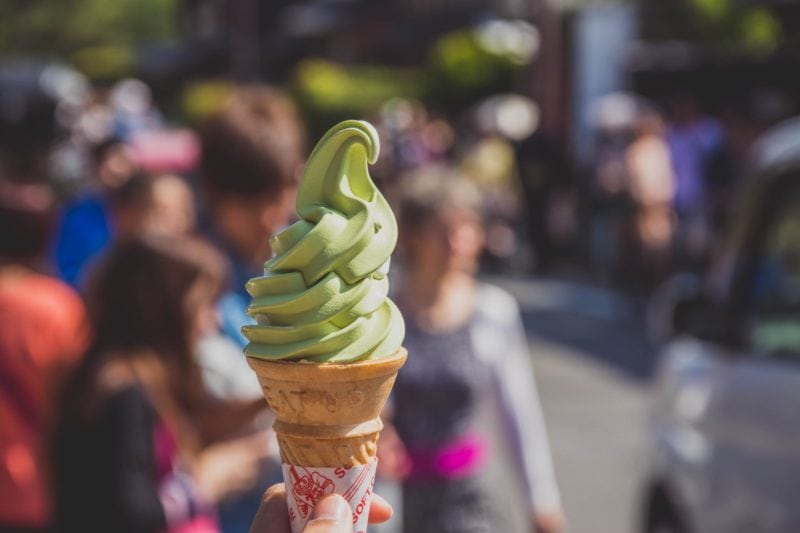 Chocolate? Strawberry? Vanilla? Ice cream is a massive love for men and women all over the world. You could be a kid or an adult, and it simply does not matter. You can enjoy ice cream at any age.

What can be more tempting than a scoop of ice cream on a hot, summery day? Known as possibly the most popular dessert, ice cream comes in different, even weird flavors and the innovation keeps making ice cream an interesting food to those with a sweet tooth craving. You may love to take care of your body or you may not care at all. Neither matter, because in this lovely treat makes us feel good, and it tastes amazing.

However, due to all the flavors that seem to come out per year, various new ones often seem tempting to try. Despite this, there are a lot of favorites in this field that will possibly stand the test of the time. We decided to go over the 10 most popular of the ice cream flavors.

What’s your favorite flavor? You may find it below.

A delightful treat for anyone. It is a surprise that Chocolate isn’t the number one favorite flavor in ice cream, but that might be because you know what you get out of this flavor and it’s just really good. You can’t really find a store that sells food that doesn’t sell vanilla flavors. Ice cream parlors often mix vanilla with various toppings or fillings and the traditional flavor seems to be the most favorite. Think about that. They put this with other flavors and toppings so that you can add to your love or make them better.

Vanilla has been modified to certain blends like rum raisin, cookies and cream, or the classic French Vanilla. These ice cream flavors are all vanilla based. Not to mention that cool and creamy texture. Who can resist? As a widely consumed flavor, Vanilla is a plain colored ice cream that tastes delicious when mixed with any kind of fruit or ingredients.

You have chocolate chip, chocolate fudge, chocolate cream, and chocolate brownies. Everything is chocolate! The cocoa based flavor has captured many hearts of ice cream lovers around the world. You can add almonds, walnuts, cashew, on your chocolate ice cream and it tastes better! Overall, many stores sell chocolate as part of the must-have ice cream flavors. It is even available in supermarket’s freezers!

The earliest hint of chocolate ice cream recipe was in Italy, in 1692. A man named Antonio Latini made a chocolate ice cream flavor initially before vanilla. The reason was because they often served coffee with chocolate. In fact, chocolate was the first ingredient to be frozen as a dessert. In the United States, the chocolate flavor began its fame in the 19th century. It was a luxurious dessert enjoyed by the elite and royals before it was made available for the civilians. The ice cream parlors started like mushrooms in 1877. Many flavors began to be invented afterward.

Strawberry is that pink, colored ice cream that has a fruity flavor. That’s mainly because, well, it is a fruit after all. Many classic ice cream parlors sell natural essence versions of it among the flavors, and strawberry is a favorite because of its sweet sour taste. It is a perfect combo, especially for those who aren’t really fond of sweets. Many other fruity flavors like orange, for example, just aren’t as popular as strawberry because taste-buds simply gravitate to it. Many variations of strawberry ice cream include strawberry cheesecake.

Strawberry comes in most popularity lists with chocolate and vanilla primarily to Neapolitan ice cream that seems to resemble vanilla, chocolate and strawberry in one box. The Neapolitan style has been around for decades, and the ribbon-like ice cream often represents a celebration or happiness. History of the strawberry flavor is quite interesting. The biggest push might have been from a former U.S President in fact. The flavor became popular after the first lady of President James Madison, Dolly, served him a cup of strawberry ice cream in 1813 at a banquet. It was her own version and it went over so well, people wanted more and thus, strawberry popularity grew.

It was not until the 1990’s that the flavor of cookies and cream ice cream was made available. Cookies and cream is an innovation of vanilla, chocolate wafers, and cookies. A crisp and creamy texture comes from the mixture of these things, which makes it very unique to ice cream fans. It has now become one of the most beloved flavors around the world today.

Many countries may have different preferences when it comes to ice cream but the unique taste of cookies and cream makes it available worldwide in ice cream chain stores and home industries. This makes it stand among the greats in ice cream, which is a pretty big deal for a flavor that has only been around for a little less than thirty years.

Mint is a unique flavor that is a hate/love type of ice cream for lovers of the sweet food. It is very different compared to others, as mint stands out due to what it basically is. The flavor is characterized by its menthol essence from mint leaves, making it relatively strong. It’s almost like toothpaste or breath mints, but involved in ice cream.

Usually, mint ice cream comes with chocolate chips or just plain mint. The chips are there to add some difference in the flavor. The color of the treat also resembles a green color, however, it is certainly different from others you might see. Not many children love this rather ‘spicy’ flavor but many adults love the taste. The cool flavor is perfect for a summer treat under the heat of the sun.

Green tea is another plant-based ice cream flavor to try out this summer. It is only recently that green tea has become popular in the dessert section. It is not a surprise since everyone is craving for healthy food and that includes green tea flavored ice cream. Most feel that the major reason for the rise of flavors like this happens to deal with health crazed people wanting sweet options that could give them a cheat, but nothing too far.

Green tea is also popular by the name of “matcha” and it has a unique taste of strong green tea flavor in every scoop. If you like a not-so-sweet treat, you should pick green tea by the scoop. Basically, the tea itself is involved in a hate/love relationship with the world. If you don’t like it, you won’t like this. However, if you do enjoy the drink then this flavor would certainly be a good thing to try out.

Taro is now one of the most popular flavors. Many see the purple look as inviting, which is certainly possible. At one point, no one had a clue what this was, while many still are unaware. However, among ice cream lovers and those who have tried it, it is immensely beloved all over. The origin of Taro make you feel like having it as a sweet treat like this does not make sense, but it seems to be going very well.

Taro was firstly used for meals, making it something you would think of well before dessert time. Now, the plant is invading food sections. It was a popular lunch or dinner dish in areas of the world, however, it is now a sweet treat. Taro ice cream has the characteristics of a soft purple color and usually it comes without any filling. This might be strange, but it works very well.

Surprisingly, coffee ice cream has become a common choice worldwide. The idea to turn coffee into ice cream wasn’t popular until in the 90’s when coffee drinks started to become very different. Starbucks for instance started making things that make us wonder if they know the definition of coffee. Due to this, many felt like coffee could be used in other areas.

People knew there was a demand, and became innovative with the ingredient until finally making a coffee ice cream flavor we see today. Coffee lovers would definitely enjoy the bitter sweet taste of this version of our iced friend. It makes no sense that coffee would work for ice cream, however, somehow it is brilliant and is now beloved by millions of people all over the world today.

As an ice cream a little bit more sour than strawberry, raspberry has the characteristic of a sweet & sour flavor. It takes a special sort of pallet to like things like raspberry. It is not everyone’s favorite berry, which makes sales for the berry relatively low in comparison to the big boys. However, since ice cream allows creativity to take over, a berry like this makes total sense due to the sweet and sour nature. In fact, it makes it a perfect ice cream flavor.

Usually, the raspberry version puts the fruit chops in the ingredients to make it more flavorful. The flavor has become popular but it can’t beat the fame of strawberry as not many people love that sour taste so much. However, those that do seem to enjoy it more than most other flavors simply because it delivers something that others are just not able to do, especially the fruit related ice cream flavors.

Fruity flavors seem to get in the way for some people, but for others is just seems to work. With real fruits added in, blueberry ice cream offers a meaningful refreshing taste of summer with its chewy chunks. It’s very tough to beat out a flavor that adds in the taste of the berry with the actual berry also as part of it. To be fair to shoppers who may go searching for this, there are some parlors rarely use real berries and they tend to use an essence as an alternative.

Despite this, most believe that blueberry can be mixed with most anything and work. This is why you can bring this flavor to a party or random business gathering even. It is elegant enough to last, while also working as a cleanser from meals. Also, it is simply a great addition to any other dessert at the table as well. The unique way of its flavor, like vanilla, allows it to fit in almost anywhere. This is why the popularity continues to grow with blueberry ice cream every year.