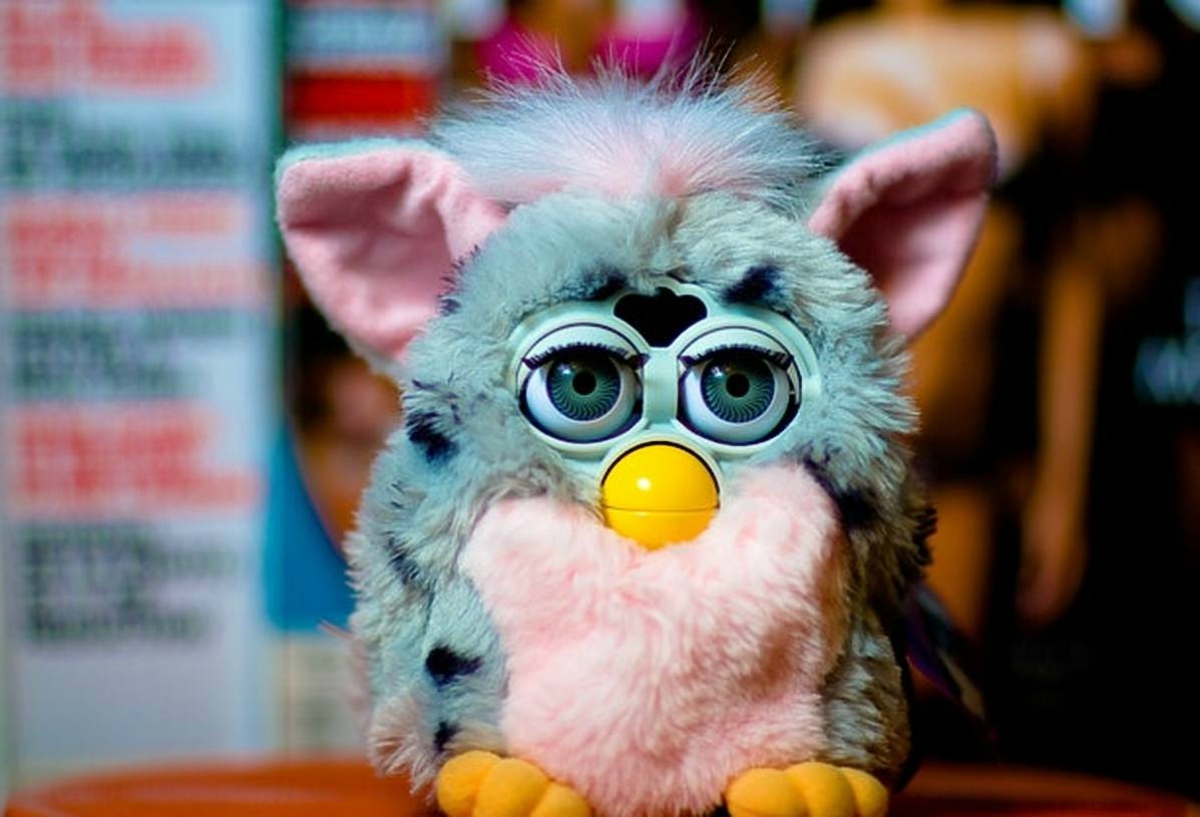 Nostalgia is in. Steven Spielberg’s Ready Player One geeks out to the eighties, fashion bloggers look back on decades for vintage finds, and Twitter reminisces with hashtags like #OldThingsIWantBack and #NostalgiaIn5Words. With permission to indulge in past wonderful times, let’s start by remembering one of the best decades ever. The ’90s! Duh.

It was the best of time and the most fun of times. While the ’80s had hairspray, shoulder pads, Rubik’s Cube and arcade games, the ’90s took fashion down a notch and games went up a notch with the help of tech. We’re talking about the top toys and games that defined a generation (looking at you, Millennials).

Follow along as we go through every toy, game, and virtual world ’90s kids HAD to play. If the urge to walk down ole memory lane is so strong, we’ll help you out with links because, yes, thank your lucky stars, some of these toys are still around.

Neopets made the list by a hair, launching in November 15, 1999—but its global success was almost instant. By Christmas of that year, the virtual pet site was logging 600,000 page views a day, a precursor of its cultural impact. By 2005, 25 million youngins had adopted their own Neopet and explored Neopia. The force was unstoppable. Soon the virtual world entered the palpable realm. Users could buy Neopets’ magazine, trading cards, mini plushies with Happy Meals and hand-held games.

The success was a no-brainer for any kid during this time. Obviously, Neopets had it all. That’s why it was the first thing kids did after school. There wasn’t a set goal so users chose how to spend their time. They could feed their pet, make it strong by battling it out at The Battledome, or smarter by reading books (aww), and play a bunch of nifty games to win currency. Potato Counter, anyone?! The game where you just count potatoes for Neopoints.

Good news, old Neopians! The site is still up and enjoying a comeback. We don’t know about you but we’re definitely logging back in.

The half dollar-sized cardboard discs dominated the mid ’90s. Also known as milk caps, each Pog had fun images on it, usually from a popular TV show or movie. And…that was basically it for design.
The game was even less complicated than that. The whole point was for each player to stack up their POGs and take turns trying to get the milk caps to fall over with the image side facing up. The ones you managed to get right side up were all yours buddy. If you collected the most caps, you win AND you get to keep those pogs for real.

Kids nowadays have iPads and fancy-schmancy game apps but those who lived through the POG era understand what a simple game is capable of.

This what a gotta-have toy for every nineties gal. It was too cute not to own. Polly lived in a compact little home. It was so small it could fit in a pocket. Adorbs! The combination of it’s teeny size and diverse homes (your girl Polly lived everywhere from Secret Gardens to water parks) made it a collectible to own. But do you know how collectible Polly Pockets are? They are going for THOUSANDS of dollars on eBay. So, please, if you have any collecting dust you may want to open up shop.

Mattel discontinued the brand in 1998 after taking over the original brand, Bluebird. Don’t fret, though. Amazon is still selling a few Pollies. Even better, earlier this year Mattel announced a relaunch of Polly an animated series. We’re living for this.

The toy every little sister hoped her annoying older brother did not get for Christmas. The Super Soaker was notorious for one too many fights between siblings due to its extreme pressure, range and accuracy.

Lonnie Johnson invented his first prototype in the early eighties and the kids went wild. Over the years, Johnson’s invention has generated over $1 BILLION in sales and at the start of the nineties Johnson sold over 2 million water guns alone.

The Super Soaker is still sold under the Nerf brand. Why not rekindle water gun battles? Muahaha.

This bad boy is much different than we remember…

Whether you loved them or they gave you the Heebie Jeebies, Furbies were a must-have 90s toy. The animatronic creature was a cross between owls and gremlins. Tiger Electronic’s sold 1.8 million ambiguously designed toys in 1998 and 14 million the following year.

Hasbro still sells Furbies to this day and the toys that were ahead of its time are even more suitable for today’s tech savvy world. Furbies still speak Furbish (translated into 24 languages) but have Bluetooth capacities and an app. Wowza, these things might take over the world after all!

Super Mario World, The Legend of Zelda, Donkey Longand Street Fighter. Come ON. What wasn’t there to love about Super Nintendo…besides terrible graphics compared to today’s video games? No matter. The gaming console will forever go down in the books as legendary.

As a nineties kid—heck, even as an adult there was nothing like putting in your fav game cartridge with friends nearby. There was something satisfying about sliding the power button on, pressing the giant eject button and blowing on the game when it was faulty.

Ah, Nintendo. No wonder you were the best-selling console of the time. Sorry, Sega Genesis.

Fast forward to now… have you tried Nintendo Switch?

Nineties kids were all about digital pets. We have covered NeoPets and Furbies but before there were either, there were Tamagotchi. Translated from two Japanese words meaning “egg” and “watch”, the handheld toy could hang like a key chain, necklace or stored in pockets.

Tamagotchi owners first would see an egg appear, hatching soon after. It was then up to owners to care for their pets. Every pet had a hunger, happy and discipline meter meaning, yes, ’90s kids scolded digitized blobs throughout the day. They could also feed pets snacks or meals (oh, the choices!), playing games for its happiness, and clean little poops. Classic nineties…

Our number 1 pick will be back, too.

Beanie Babies are a line of stuffed animal plush toys created by Ty Warner, who founded Ty Inc.. The toys are stuffed with plastic pellets (“beans”) rather than conventional soft stuffing. It gave the Beanie Babies a flexible feel. During the later half of the 1990s, the toy emerged as a major fad.

Beanie Babies have been cited as being the world’s first Internet sensation in 1995. They were collected not only as toys but also as a financial investment due to the high resale value of some Beanie Babies.

Bop It toys are a line of audio games where play consists of following a series of commands issued through speakers by the toy, which has multiple inputs including pressable buttons, pull handles, twisting cranks, spinnable wheels, flickable switches – with pace speeding up as the player progresses.

The original Bop It was released in 1996. It quickly became a popular children’s toy with later models winning numerous BATR Electronic Game of the Year awards.

Barbie is the figurehead of a brand of Mattel dolls and accessories, including other family members and collectible dolls. Barbie has been an important part of the toy fashion doll market for over fifty years, and has been the subject of numerous controversies and lawsuits, often involving parodies of the doll and her lifestyle. Mattel has sold over a billion Barbie dolls, making it the company’s largest and most profitable line.

Starting in the late 1980’s and early 1990’s, Barbie has expanded into a media franchise, including animated films, television specials, video games, and music.

The object of the game is to use your net to catch as many butterflies as possible as they fly from a plastic elephant’s metre-long trunk, a plastic chute through which the paper butterflies travel, propelled up by a motor in the elephant.

The Game Boy is Nintendo’s first handheld game console and it combined features from both the Nintendo Entertainment System and Game & Watch. It was sold either as a standalone unit or bundled with the puzzle game Tetris. The Game Boy and its successor, the Game Boy Color, have sold over 118 million units worldwide.

Upon the Game Boy’s release in the United States, its entire shipment of one million units was sold within a few weeks.

Feeling nostalgic? Click the next button to see gifts from your childhood that kids would probably hate today.