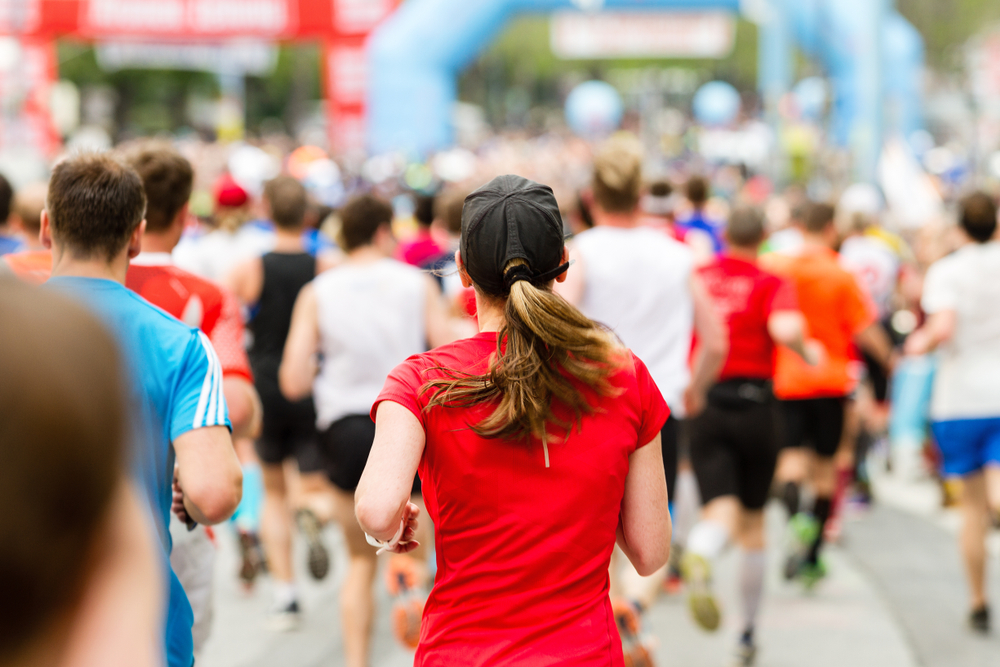 The pinnacle of achievement for elite athletes and us regular folks alike would be arriving at the finish line of one of the top running events in the US.

Running events have been changing people’s lives for decades and are only going stronger year after year. If your dream is to participate in one of those historic events or if you want to discover what on earth people do at races, this list is for you.

Tie your running shoes, get on your treadmill, and start practicing: the finish line is waiting for you.

Many things make the Chicago Marathon the fourth-largest race by number of finishers worldwide. One of them might be the encouragement those runners find: 1.7 million spectators line up along the gates to provide much-needed support.

Runners from around the world dream of reaching the finish line in Grant Park. There they can celebrate their outstanding accomplishment in the Biofreeze 27th Mile Post-Race Party in Butler Field.

The course goes through 29 neighborhoods including Wrigley Field, Chinatown, and Lake Michigan. At the end of the race, enjoy a magnificent party with live music, food, and beverages. You can also take part in a complimentary post-race massage offered by the students of Chicago’s Cortiva Institute.

Running has never felt so good!

You can also take part in the Advocate Health Care International Chicago 5K one day before the event. Here are some tips to get you started if you want to take on your first 5K.

You better buy your best running shoes for women or for men and start getting ready. The Lilac Bloomsday Run is a fun event to go to!

The Lilac Bloomsday Run, also called the Bloomsday race, was set up to become one of the top US running events since its first edition. This historic race is now the nation’s fourth largest road race, with more than 42,000 runners taking part in it. Those participants come from around the world, and many of them took home the first prize over the years.

The race was born when a running boom took over the country in the 1970s. Don Kardong, 1976 Olympian and founder of Bloomsday, expected 500 participants in the inaugural edition in 1977 but got almost 1,500 instead. This legendary 12K has been going strong since then.

The course starts on Riverside Avenue and carries on for 12 kilometers, going through Government Way, Fort George Wright Dr., the T.J. Meenach Bridge, Doomsday Hill, Broadway Avenue, and finishes near the Spokane River.

Be careful of two tough inclines: Cemetry Hill (mile 2) and Doomsday Hill (between mile 4 and 5). A course elevation profile is available on the website to show you what to expect.

Some need their running headphones to concentrate when running. If you are one of them, take them off from time to time to hear the live music from the 25 music bands planted alongside the race. The post-race party also entertains the entire family until 3 PM in Spokane: Food Court.

If you have kids, go to the events for them. The Marmot March takes place one day before Bloomsday for children in 3rd grade and younger. The Jr. Bloomsday took place in April 2019 for kids in the 3rd through 7th grade.

BOLDERBoulder has so many records to its name that it earned a shining spot in the top running events in the US list.

The first BB race took place in 1979 with 2,700 participants. The following year, the race doubled in size and fun: live entertainment and bands became part of the celebration. In 1981, the race took off and 9,000 participants registered. They had to move the finish line to the University of Colorado’s Folsom Field, where it remains to this day.

Every year from then on, a new feature, side event, or category is added to the BB race, making it even more fabulous than the year before. 2018 marked the 40th anniversary of the race, with a total of 1.3 million people crossing its finish line.

Whether you are craving a fun run or want the seriousness of a competitive race, BOLDERBoulder is for you. The finish line inside Colorado’s Folsom Field University is a nice touch because 70,000 spectators join together to cheer the participants.

The Memorial Day tribute will exhilarate you with its F-46 flyover and skydivers. When it is all over, you can still enjoy the annual Creek Festival for three additional days. Your endorphins will be all over the place from start to finish!

If you have the chance to participate in the 42-kilometer TCS New York City Marathon, know that you are taking part in the largest marathon in the world.

The TCS NYC Marathon is so popular that a lottery system mainly chooses participation.

The race has happened since 1970. It was founded by Fred Lebow when the initial course consisted of a race around Central Park. Starting in 1976, participants started running through the five boroughs of NYC.

The TCS New York City Marathon had 52,812 finishers in 2018 and is among the pre-eminent long-distance top running events in the US. It’s also one of the World Marathon Majors.

The course starts on Staten Island in Fort Wadsworth and goes over the bridge that is closed for the event. Participants then get off the bridge and head to Brooklyn, mostly along Fourth Avenue and Bedford Avenue. Runners can mark the halfway point of the course at the entrance of Long Island City, Queens. Then they will go through The Bronx, the Madison Avenue Bridge, and finally Central Park South.

Crossing the finish line of the TCS NYC Marathon in Central Park is one of the most rewarding feelings ever.

This race is more than a one-day event. The celebrations and events take place in a whole week, with events like the Poland Spring Marathon Kickoff and Opening Ceremony, the Marathon Expo, TCS Run with Champions, and TCS New York City Marathon Eve Dinner.

Whether you’re getting started running, are an established athlete, or want to discover the fascinating world of marathons, this race is a must-try/watch.

Behold the largest 10K in the world and one of the top running events in the US: the AJC Peachtree Road Race. There are 60,000 spots available that over 70,000 applicants want. This race has also served as both the United States’ men’s and women’s 10K championship.

This year is the 50th race of the AJC Peachtree Road Race. The race is now an international tradition where runners from across the globe compete against each other since the 1970s. It was and is still run by the Atlanta Track Club.

The event saw only 110 runners participating in the race the first year until it continued to expand to reach 60,000 in recent years. One hundred and fifty thousand observers and four radio broadcasts follow the runners throughout their course on Independence Day.

The race starts in Buckhead near Lenox Square Mall and ends in Piedmont Park. It cuts into midtown Atlanta and goes all the way to Cardiac Hill. The latter is one of the toughest parts of the race, as it rises more than 120 feet in about 0.75 miles only. Participants are cheered on by Shepherd Center patients before arriving at Piedmont Park.

Don’t worry, you will never feel bored on the race. You will Dean Sam Candler, a recurring cheerleader in the race, sprinkling “holy water” over you at the Cathedral of St. Philip. You will have patients of Shepherd Center cheering on you at the hospital. At the end, you will party in Piedmont Park, Atlanta’s largest park. DJ, shows, yummy food will be waiting for you.

Feeling motivated to run these historical and top running events in the US? Head to their website to register on time. Or if you would like a more peculiar and less conventional take on running, read our next article to see the 5 weirdest themed 5K races in the country.