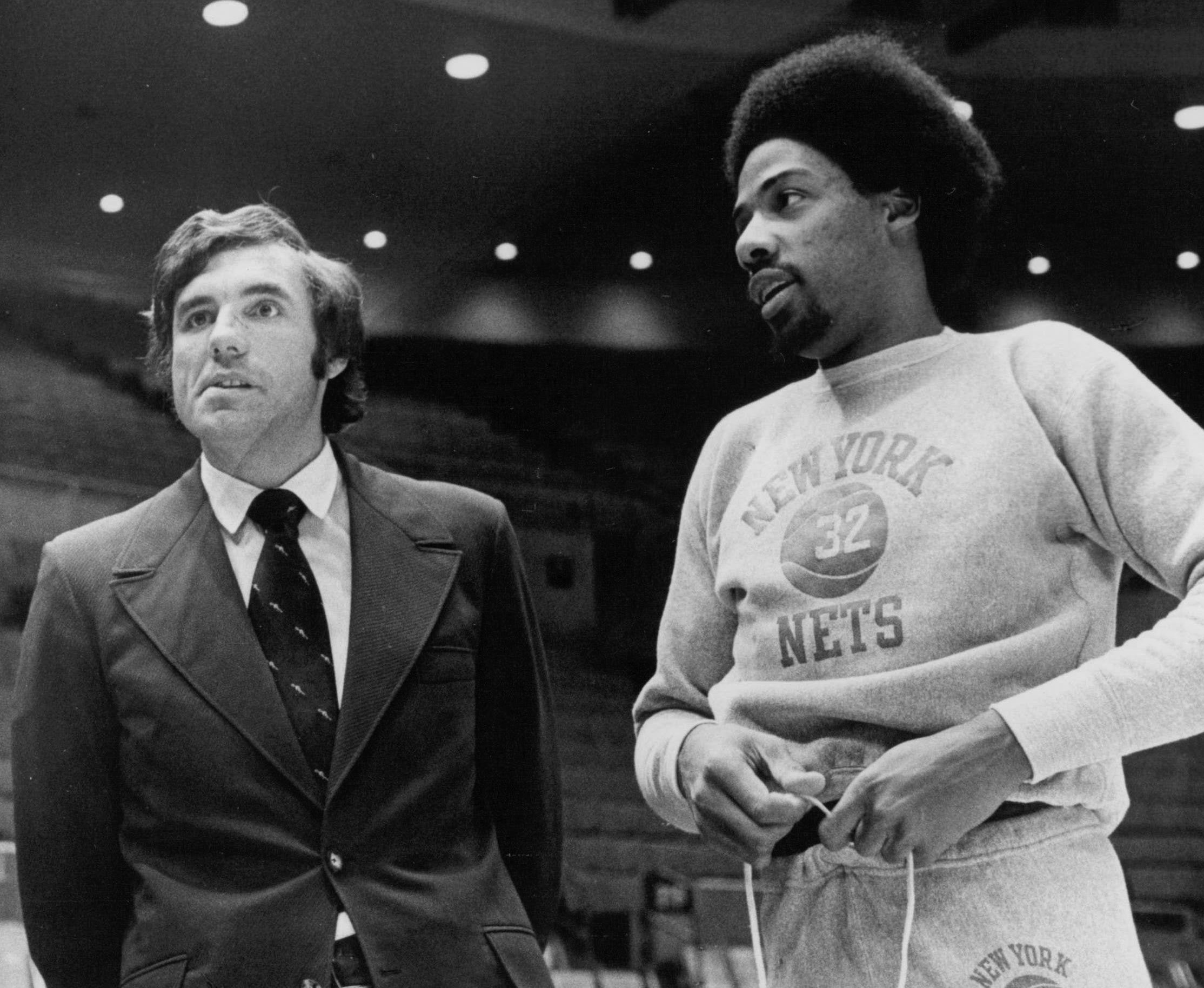 Becoming an NBA coach is a difficult task. Firstly, you have to know and understand a variety of strategies so you need to have a lot of relevant experience. Secondly, coaching jobs in the NBA are scarce.  You need to network and get in with the right people in order to get a foot in the door. This ‘Youngest NBA Coach’ list describes 5 men who began their careers being great basketball players.  Shortly into their playing career, they  landed the role of coach for an NBA team.

Erik Spoelstra’s latest ‘back-to-back’ NBA Finals titles as head coach of the Miami Heat since age 37, as well as the Boston Celtics’ hire in 2013 of Brad Stevens as the youngest NBA head coach that year as he approached age 37, are some of the young blood to coach the game.

However, some of these basketball greats made calls on the hardwood before they hit their 30s.

But first, let’s start with the current youngest NBA coach.

Ryan Saunders is the head coach for the Minnesota Timberwolves of the National Basketball Association.  He was born in 1986.  At the time of updating this article he was only 33 years old.  On January 6, 2019,  he was announced interim head coach and eventually the front office remed the interim tittle. Ryan is the son of former NBA coach Flip Saunders.  He has yet to have a winning record as a head coach in the NBA.

Tom Marshall was the coach of  the Cincinnati Royals (now the Sacramento Kings) from 1958 to 1960, first as player-coach when he was 28, followed by assuming the full-fledged coach role. His 129-game coaching career yielded a 35-94 won-loss record.

Prior to his coaching career, he played for the Royals when they were still based in Rochester from 1954 to 1955 and 1956 to 1957, before and after he served in the U.S. Army, as well as for the Detroit Pistons from 1957 and1958, before returning to the Royals in Cincinnati.

Vince Boryla, nicknamed ‘Moose’, started coaching the New York Knicks when he was 28 years old, after he played five seasons for them. He almost achieved a .500 victory percentage with an 80-85 career coaching record from 1955 to 1958.

Boryla, a U.S. Navy, Army and Air Force veteran, saw success in basketball before and after his coaching career as basketball All-American at Notre Dame and the University of Denver. He won the gold with Team USA at the London 1948 Olympic Games as the first Notre Dame Fighting Irish Olympian. In the early 1950s, Vincent played for the New York Knicks. In 1951, he scored nine points in the inaugural NBA All-Star Game and played in the NBA Finals in 1951 and 1953. He was also general manager and chief scout of the Knicks and chief operating officer of the Denver Nuggets. Vincent won the NBA Executive of the Year Award with the Nuggets in 1984.

Before becoming a coach, Jack played for the University of Illinois and was a member of the ‘Whiz Kids’ team that went 35-6 from 1941-1943, earning two Big Ten Conference championships. The team voted to turn down an invitation to the NCAA tournament in 1943, after Smiley, Vance and Phillip were inducted into the military mid-season.

After serving in the army, Smiley returned to Illinois for the 1946-47 season and won team MVP honors. After college, Smiley played two seasons in the National Basketball Association with the Fort Wayne Pistons, Anderson Packers and Waterloo Hawks. He averaged 6.2 points per game in his NBA career.

Walt Budko was 25 in 1950 when he coached the Baltimore Bullets (now the Washington Wizards), the team for which he also debuted as an NBA player. He was Baltimore Bullet’s second-leading scorer in his 1948-1949 rookie season, playing in all 60 games.

His short-lived stint as coach resulted in a 10-19 record. He played one more season in the league and recently passed away before his 88th birthday.

Dave DeBusschere or “Big D” for defense was just a fresh college graduate and already a multi-pro league athlete when he added youngest NBA coach in history to his resume at the ripe age of 24. He became player-coach of the Detroit Pistons in 1964 while playing one more season of minor-league baseball after the Chicago White Sox kept him off the roster.

After almost three seasons of coaching, he racked up a 79-143 record and never advanced to the post-season, as he did when he played exclusively. Once he stepped down as coach to play again in 1967, he felt more confident in his competence on the court.

Prior to his youngest NBA coach success, as a junior, he was named all-state and in his senior year of 1957-1958, he led his team to the Michigan Class A high school basketball championship, scoring 32 points. It was only the school’s third year of organized basketball.

Dave was star player at the University of Detroit, averaging 24 points a game. He helped Detroit reach the National Invitation Tournament twice and the NCAA Basketball Tournament. As well as basketball, he was a successful baseball player and played in the Major League Baseball.

For these 5 successful men, their age didn’t stand in the way of making the ‘youngest NBA coach’ list. They simply became coaches because they were high achievers in basketball. Good for you guys!