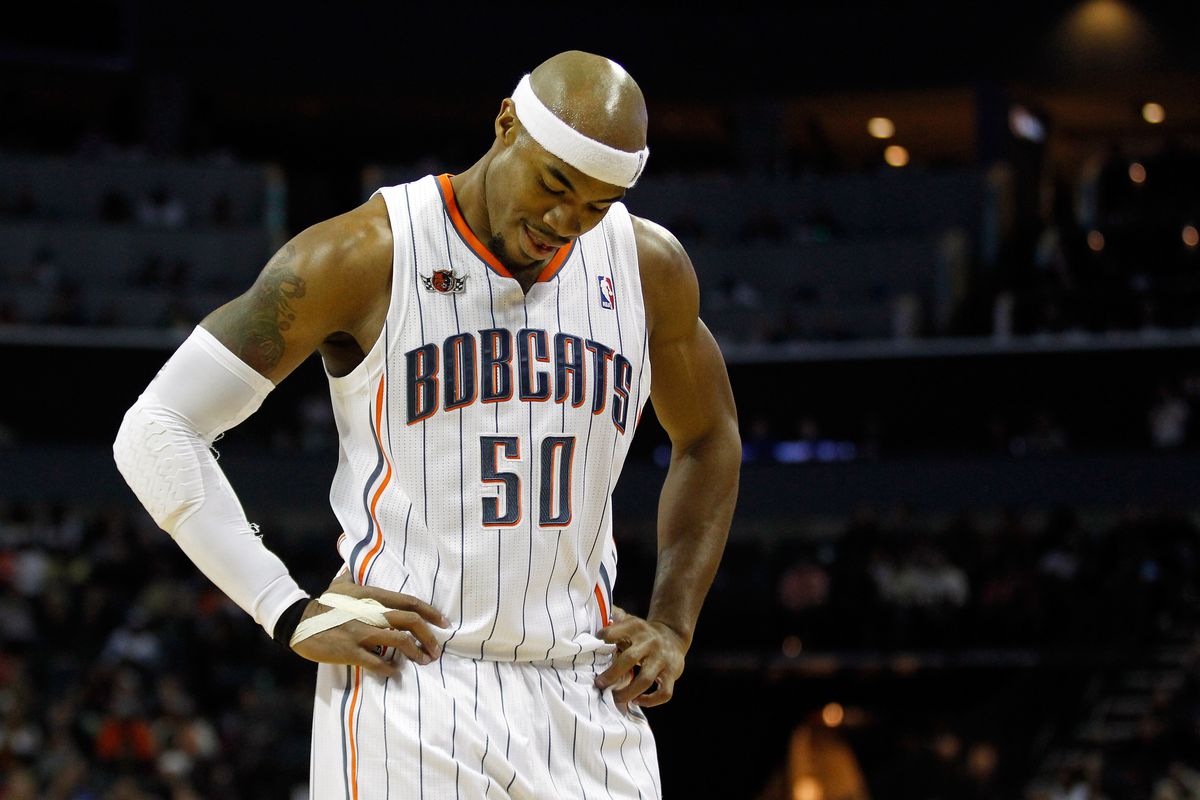 There are bad NBA teams. There are worse NBA teams with the worst NBA records. Then there are the 2011-12 Charlotte Bobcats.

For nearly 40 years, the 1972-73 Philadelphia 76ers set the standard for National Basketball Association futility, waiting for the day when another team would rise up — er, sink down — and trump their 9-73 win-loss record. Finally, in the lockout-shortened 2011-12 season, the 7-59 Bobcats managed the feat, making them the worst of the worst in NBA history.

Here are the Top 5 Teams With the Worst NBA Records in the History of the NBA:

The 2009-10 Nets set the bar low for season-opening futility, starting off the year with an NBA record 0-for-18. This made this NBA season one of the worst for the Nets.

On the other hand, they managed to win an even dozen games by season’s end despite only four victories in the first 52 games — a mark even worse than the 76ers in 1973. At least the Nets’ best player, center Brook Lopez, proved he was a cornerstone for the future, offering something most of the other teams on the list didn’t have: hope.

In the 2009-10 season, the New Jersey Nets were the lowest scoring team in the NBA, averaging 90 points per game. During the same season, the Nets were regarded as the team with the most terrible shooting record. The team hit less than 50% of their shots and only 28% of their three-point shots.

After losing to Detroit Pistons on February 6, 2010, the Nets tied the record for the worst 50 game record in the history of the 3 major sports (NBA, MLB, NHL) with seasons that long.

The New Jersey Nets changed their name in 2012. The team is now known as the Brooklyn Nets.

Like the ’97-98 Nuggets, the 1992-93 Dallas Mavericks managed a measly 11-71 record. And like the Nuggets, the season was a disaster from the start. One star got suspended by the NBA for drug abuse; another got hurt and was never the same. The best player got traded, and the first-round pick hardly played.

Also, the Dallas Mavericks had an average of -15.2 points per game, making them have one of the worst average point differentials in the history of the NBA.

All of these problems added up to a start that would even have the ’73 Sixers shaking their heads: four wins in the first 61 games.

It was a close call for the Denver Nuggets. Just two wins saved them from having one of the worst NBA seasons.

What do bad teams have in common? Firing the coach and, apparently, 23-game losing streaks. The 1997-98 Denver squad managed to reach 11 wins, but it wasn’t enough to save Bill Hanzlik’s job after his squad posted losses for nearly a quarter of the season in a row. The Nuggets went into the season thinking they had a young team full of potential, but as it turned out, that statement was only half right. And not the good half.

The 1997-98 season was the Nuggets 22nd Season in the NBA, and the team was believed to have a lot of potentials after they reached the Western Conference Finals against the Utah Jazz in the 1993-94 season. However, there were indications of the team’s faltering state when in the 1995-96 season, the Nuggets only recorded 21 wins and 61 losses. The 1997-98 season confirmed the state of the team after newly acquired player, Eric Williams, suffered a knee injury that ruled him out of the season.

Willams was Denver Nuggets’ lead scorer with 19.2 PPG despite playing only 4 games. The team continued its terrible run in the subsequent season until the 2003 draft when the team got Carmelo Anthony.

Anthony was a major part of team’s turnaround after they finished the previous season with a 17-65 record. In the 2003-04 season, they finished 43-39 overall record.

The 1972-73 Philadelphia squad remains the only team to manage a single-digit win total over the course of a full NBA season. That season is the worst in the team’s history, followed closely by the 2015-2016 season when the team recorded 72 losses.

It was this 1972-73 season that earned the team the nickname “Nine and 73-ers.” The 76ers nine wins are said to be the fourth lowest win recorded in NBA history, preceded by the Providence Steamrollers in 1947-48, the Charlotte Bobcats in the 2011-12 season and the Vancouver Grizzlies with 6 wins, 7 wins and 8 wins respectively.

Unlike the Bobcats, though, the Sixers finished hot— or at least lukewarm— winning five of their last 31 games after winning only four of their first 51.

If the Bobcats’ best player was in the owner’s box, the Sixers took the opposite tack there too: the Sixers turned one of their players, Kevin Loughery, into the head coach before season’s end.

When the best player on the team is the owner, retired all-world star Michael Jordan, you know it’s going to be a long season. Even though the season was a labor strike-shortened 66-game season for the 2011-12 Bobcats, it was still a long, long season.

Even with a lack of talent on the roster, Charlotte had a chance to avoid making a history of the wrong kind, but they lost their last 23 games to edge the ’73 Sixers with a .106 winning percentage, worst in NBA history.

Even “His Airness” felt the heat of the terrible NBA season the club had. During the final minutes of the Bobcats final game of the season, Micheal Jordan’s image was shown on the Jumbotron. The home crowd booed at the greatest NBA player of all time, whose worst NBA season was probably better than his team’s 2011-2012 season.

If these team’s losses were the cause the worst fights in NBA history, we now totally understand why.