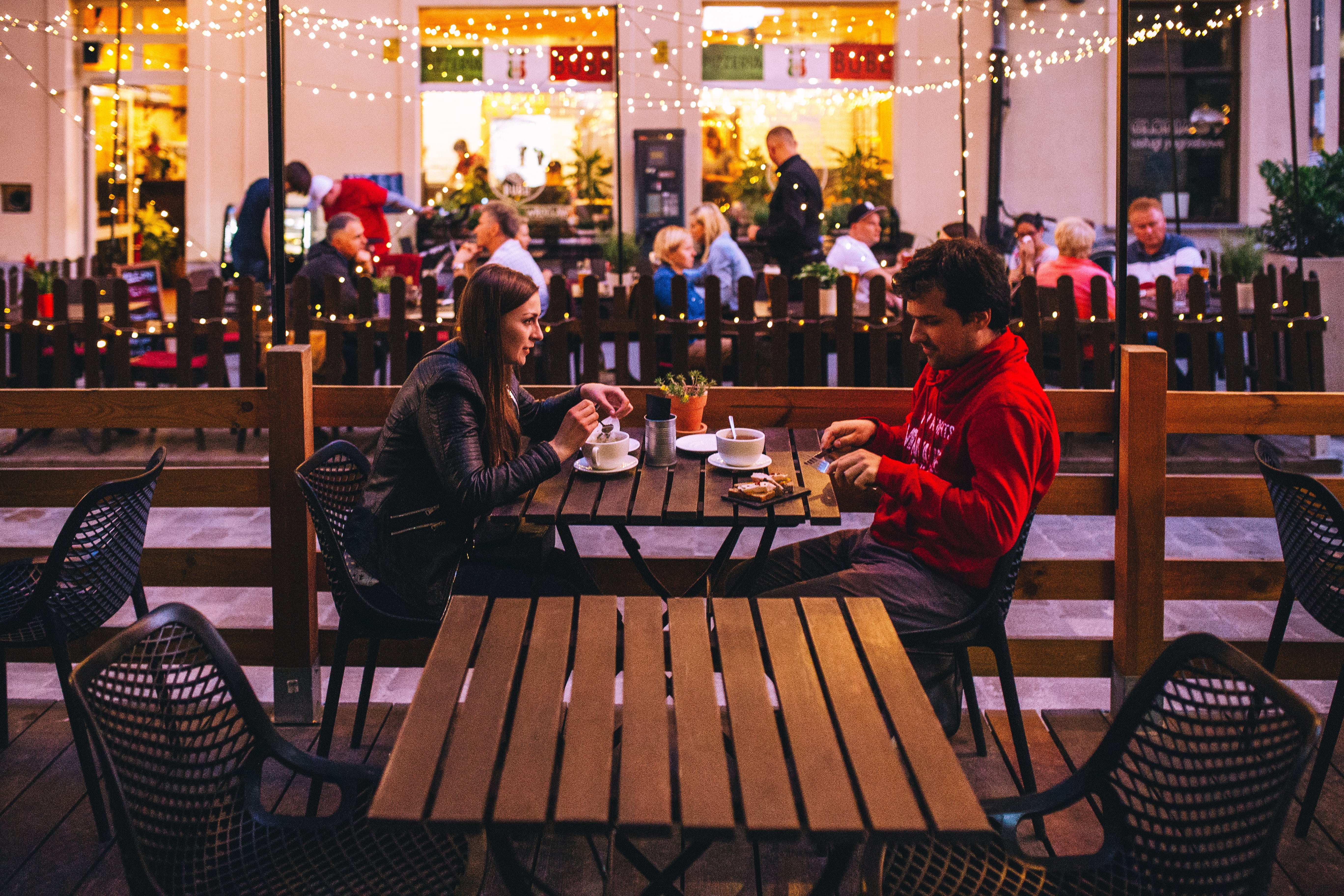 A first date is already full of pressure. How do you look? What does she think? Will she order the most expensive thing on the menu? Don’t blow it completely by saying the wrong thing. Even better, make time before the date to practice saying the right things. When you go on a date, have an idea about the things women like to hear on the first date.

The goal is not to arrive at your date’s door with a rehearsed shtick but to encourage her to get to know you better — whether you finally asked her after months of knowing her as a friend or you met her on one of the best online dating sites. Here are the top five things women like to hear on the first date.

Yes, this is one time you can use the actual real L word, “love.” Just don’t say this until the date is over and you’re saying good night. At that point, it’s kind of like it’s not really the first date anymore because you’re planning for the next.

This is one of the things women like to hear on a first date because it tells her you’re interested. This phrase lets a girl know that you had a good time, enjoyed her company and have intentions of doing it again. Women hate not knowing where they stand or what you’re thinking, so this makes everything clear. She may be looking for signs from you that you liked her!

If you feel a connection with the woman, this could be the time to tell her how you feel. However, be honest. If you say that and then ghost her, she may feel hurt and like she did something wrong. Don’t say it if you don’t mean it. Otherwise, she’ll be out with a new guy in a month, telling him about you while he says “He’s crazy!”

OK, so you’re not supposed to be talking about your exes on the first date. But in the awkward circumstance that the topic does come up, support your date. Sometimes you need to let the woman talk. It’s understandable that she might have had a rough relationship in the past. She might have had weird dates before. She will have stories that she may want to share with you.

If a woman is sharing these types of things with you, then that is a sign she feels comfortable with you. There could be things that are relationship deal breaker for the woman, and stories of exes might clue you in on those dealbreakers.

Now you’re catching on — women like to be appreciated for their abilities. There was a whole huge social movement built around this fact. It is called feminism, but you might not want to bring up that politically charged word on the first date before you know each other.

A woman loves to hear a compliment, so this is one of the things women like to hear on a first date. She wants to know that you are watching what she is doing. When you say it, sound genuine. She will know if you are being sarcastic or rude. Say it to her if she is talking about a job, her hobbies or anything else she can be interested in and you can tell she has skill with.

Let her know that you are listening by talking about her interests. She will be impressed by your listening skills and your compliments. So, whether you take her to play pool or miniature golf or even just witness her making an educated wine choice, let her know how well she did it.

When you both start connecting on an intellectual level about various topics, and she knows you think she’s smart, there’s no telling where it can lead. When talking to a woman, you want to have a legitimate conversation with her. If you are looking for a future girlfriend (or even wife), you need to know if you can talk to the woman you’re interested in.

Ask her what types of dates she would like to go on, how she feels about the weather or anything else you can think of. Asking her what she thinks about a certain topic will make her think that you care about her opinion.

Once a woman tells you her opinion, you can carry on a conversation from there. You will get to see if you have a connection or not. Women want to have a voice too, so treat her with the respect she deserves by asking what her opinion is.

No, not that L word. Telling a girl that you love her on the first date is going to send her running for the nearest cab. But an honest, heartfelt, “Hey, I really like you!” may make her swoon. Yup, just like you’re back in grade school.

You do not want to tell her that you love her yet. This may be too soon for the first date, but women do not like games. They hate that “what if he likes me?” or “what if he doesn’t like me?” game. They want to make sure that they have a real chance with you, so clear communication about your feelings is one of the things women like to hear on the first date.

If you voice to her that you like to spend time with her, she will appreciate the honesty. Do not say it if you do not feel a connection. This is mean and can hurt her feelings. If that’s too much for you, try something safer like “I like hanging out with you.” Compliments will score you points, too, so throw in “I like your outfit” or “I like your hair that way.” You may not be ready to move in together, but if you want to keep seeing each other, let her know how you feel.

If you are feeling nervous about a first date, remember that it’s okay to be nervous! She will likely be feeling nervous too. Remember to compliment her if you feel the need to, be yourself and have a good time. Make it natural! If you do, hopefully she’ll like you as much as you like her.

Click on the next button to see what you can do on your second date with her!