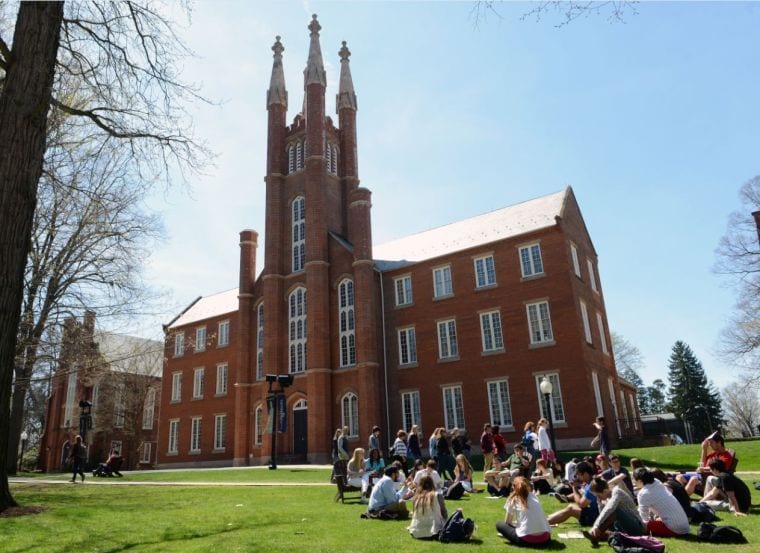 The most expensive universities are private schools with reputations for academic excellence and successful lives and careers for their alumni.

So, students looking for the right university must consider a number of factors, including location, academic offerings and, yes, cost. Once accepted into an elite university, the challenge of paying for tuition, room and board and other fees begins.

Here are the top 10 most expensive universities in the U.S.:

It is regarded as America’s largest private liberal arts university, and as you might expect, the university’s tuition fee is also one of the highest in the country.

It holds the 36th position on the ranking of the best national liberal arts colleges in the U.S.

Some interesting technological feats USC is known for have been achieved over the years. The school has been credited with developing the domain name system, DNA computing and various technological solutions to aid with lab tests and experiments.

With the number of Nobel laureates, Pulitzer prize winners and founders of Fortune 500 companies from this school, it is no wonder that Tufts is on the list of the most expensive universities in the U.S.

Tufts University is a private research institution which started as a small liberal arts college. Currently, the school is divided into 10 sections, with two undergraduate and eight graduate schools located on four campuses.

Despite the school’s pricey tuition, The Business Insider reports that only 36 percent of the students of the school enjoy the need-based financial aid given by the school.

It is one of the oldest colleges in Massachusetts, and it’s also a member of the Little Ivies, a group of small liberal colleges that have similar standards to Ivy League schools.

Amherst College, alongside Wesleyan University and Williams College, are the schools that make up the Little Ivies. Aside from being one of the most expensive universities in the U.S., Amherst is also the second best liberal college in the country.

Also, it is the 17th best university out of all the universities in the United States, according to Forbes in 2017.

This school is the most expensive university in the whole of Pennsylvania.

Franklin and Marshall College is a private institution whose origin can be traced to 1787, and one of the founding fathers of the school was one of America’s founding fathers, too: the sixth president of Pennsylvania, Benjamin Franklin.

The school is currently ranked 33rd in the ranking of national liberal arts colleges.

Harvey Mudd College is located in Claremont, California, just east of Los Angeles. As of the 2018-19 academic year, students at Harvey Mudd are paying nearly $57,000 a year.

The school is one of the smallest colleges on the list of the most expensive universities in the United States, with a population of less than a thousand students. It specializes in STEM courses (tech, math, science and engineering).

The school currently stands at the 18th position in terms of national ranking of universities. Harvey Mudd College is a private college founded in 1955. It is part of a consortium that includes other schools like Scripps College, Claremont Mckenna College, Pomona College and Pitzer College.

According to CNN, Harvey Mudd’s 4.7 percent annual tuition increase is the steepest rise of all universities in the top 10 universities listed.

It is predicted that Trinity College may soon be the most expensive school in the United States, according to The Hartford Courant.

Due to its low student population, students who attend Trinity College enjoy a low professor-to-student ratio.

We can rightly say that New York is one of the most expensive places to go to college when looking at the number of expensive universities in the state.

Vassar College is also one of those schools located in New York and on the list of the most expensive universities in the world with the school’s tuition fee averaging $54,410. Two distinctive features Vassar has are the flexibility of its curriculum and the minimum loans it offers to students.

The school, according to The Business Insider, is currently tied at 12th place with Harvey Mudd in the national ranking of universities.

This university was founded in 1890, with donations from Rockefeller and Marshall Field’s used to set up the institution. Just like its name would have you believe, the university is situated in Chicago, Illinois.

It’s a private university with Baptist origins and an annual tuition fee of $55,425. The University of Chicago is one of the most expensive schools around.

Currently, in terms of national ranking, the school is tied in the third position with Columbia University, and it also has a similar financial aid program, known as The No Barriers Program, where students who qualify do not have to pay student loans to fund their stay in the school.

Another pricey New York university, Columbia, is an Ivy League school in Upper Manhattan, and it takes the top spot on the list of the most expensive universities in the U.S. as of 2018.

Undergraduate students at Columbia paid over $59,430 to study liberal arts disciplines in the 2018-2019 school year.

Columbia’s historic status and many notable alumni make it an attractive choice for top scholars who can afford its high cost.

Hold on… Apart from being pricey, the university also has one of the best financial aid programs for students in the United States. At Columbia, low-income students don’t take on any student loans as financial aid; rather the school covers this through grants and work-study opportunities.

Another perk of gaining admission into Columbia is the fact that parents of students who earn less than $60,000 don’t have to pay tuition.

However, Columbia is one of the hardest schools in which to gain admission because the school, according to Business Insider, picks only six percent of the applicants who choose the school.