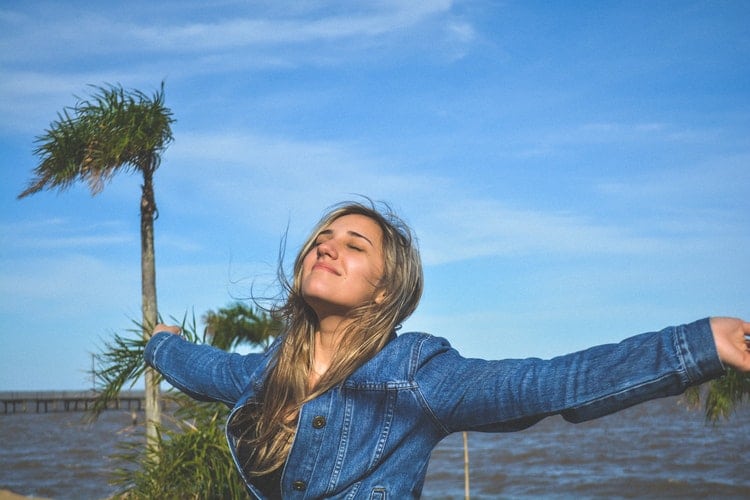 Some happiest countries have earned the title of being great places to live in the world. Can security like money or health care be responsible for this happiness? The Legatum Institute Prosperity Index ranks the happiest countries according to their financial stability, including government welfare programs, career opportunities, education and healthcare, while the Gallup poll insists that people are happy because of their culture and lifestyle. The scores rank 10 countries as the happiest in the world.

The residents in the Netherlands seem to be very happy because of the factors this country provides such as social involvement, healthcare, freedom and trust in society. One report says that due to health factors, out of a 17.02 million population, 88% of the Dutch consider themselves to be happy and just 3% consider themselves unhappy.

The standard of education is high, and if you’re into the outdoors and enjoy being fit, then the Netherlands is your country. You will see people cycling everywhere. The society is also generally very organized. For these reasons, it is considered one of the happiest countries in the world.

Switzerland is considered one of the safest places worldwide; that, in turn, makes it one of the happiest place to live. Among the population of 8.372 million, many people are very much into outdoor activities that make their lifestyle more healthy and fit.

Although it is a very expensive place to live, the high pay and low taxes balance out the day at the end. Residents of Switzerland are polite, generous and helpful.

With a population of about 334,252 (as of 2016), Iceland provides amazing social services to its people. The residents pay some hefty taxes, and in return they do not have to worry about their healthcare, higher education or basic home necessities. The violent crime rate here is quite low.

The country is ranked top in having personal freedom. High income and low employment also make it one of the happiest countries to live in in the world. Only 8% of Icelanders live below the poverty line. The residents of Iceland have the most healthy diet and have huge respect for nature.

Finland is a very interesting place with amazing contrasts, such as winter darkness, midnight sun and a dramatic four seasons. This happy country has a population of 5.4 million. Finland suffered the last natural famine 150 years ago. It has been mentioned as one of the best governed, safest and the most stable countries in the world.

GDP per capita in Finland is lower than in its neighboring countries. In addition, the crime rate is quite low, which allows Finland to include itself among the happiest countries in the world.

Canada has long been considered one of the happiest places in the world with a population of 36.29 million (as of 2016).

Like many other developed countries, Canada’s population is aging. However, the life satisfaction rate here is 7.9 out of 10. The beautiful places and weather conditions make it a very peaceful country to live in. Canada has 34 ethnic groups with at least 100,000 members each. If you value diversity, you’ll be very happy here.

Even though the per capita GDP is just under $27,500, 72% of Australia’s people have full-time jobs. The government provides efficient housing and a good health care system to every citizen, allowing people to freely enjoy healthy eating and outdoor activities.

In addition to a healthy work-life balance and low stress levels, Australians also have one of the highest life expectancies in the world. With an average population of 36.29 million, the people are quite friendly, places are not as jam-packed and the weather has nice seasonal rotation.

New Zealand ranks high in well-being and welfare but low in financial security, including long working hours, with a per capita GDP of $30,600 and population of 4.693 million. Yet, the people are happy because their needs are met, they live healthy lifestyles and they enjoy government welfare plans, a decent economy and low crime rate.

The people in New Zealand depend on each other rather than on technology for all aspects of life, making their social network a powerful and happy one. They are also chilled out, friendly and relaxed. People can enjoy every kind of outdoor activity (such as skiing, fishing, cycling and bungee jumping) without having to travel too far. The quality of life there is quite hard to beat.

Sweden is the highest-tax-paying country in the world, and yet the people are among the happiest. The high taxes are used for an excellent welfare program, which includes health care, universal tax-funded childcare, parental leave, education through college, retirement pensions and sick leave.

With a population of 9.903 million and per capital GDP of $33,500, every public service is included in their tax so the people keep what they earn. Free education and health care have certainly helped to make this country happy. Quality of life in Sweden is amazing, and only a very small percentage of society is “lower class.” The average Swede makes far more money than the average North American.

Denmark’s per capita GDP is $37,700 and population is 5.731 million. Its political support, strong social networks, full healthcare coverage, low crime rates and education for every person have made it popular among the happiest countries in the world.

Schools and universities are free, and undergraduate and graduate students get monthly student grants. It’s no wonder Denmark leads in its high standard of learning. Ironically, they rank as the smartest people and yet lack updated technology. Danish employees benefit from five weeks of holiday a year.

Norway ranks first in the social and second in the economic categories. With a per capita GDP of $57,000, it is a country with a standard of living that ranks second in the world. The government health care system gives full coverage to every single person.

The population here is 5.233 million, and Gallup reveals that 95% of the people are very happy with their lifestyles. They insist that the great outdoors is responsible for the low disease and obesity rates. Life is good here, and it’s no wonder they are one of the happiest countries in the world.