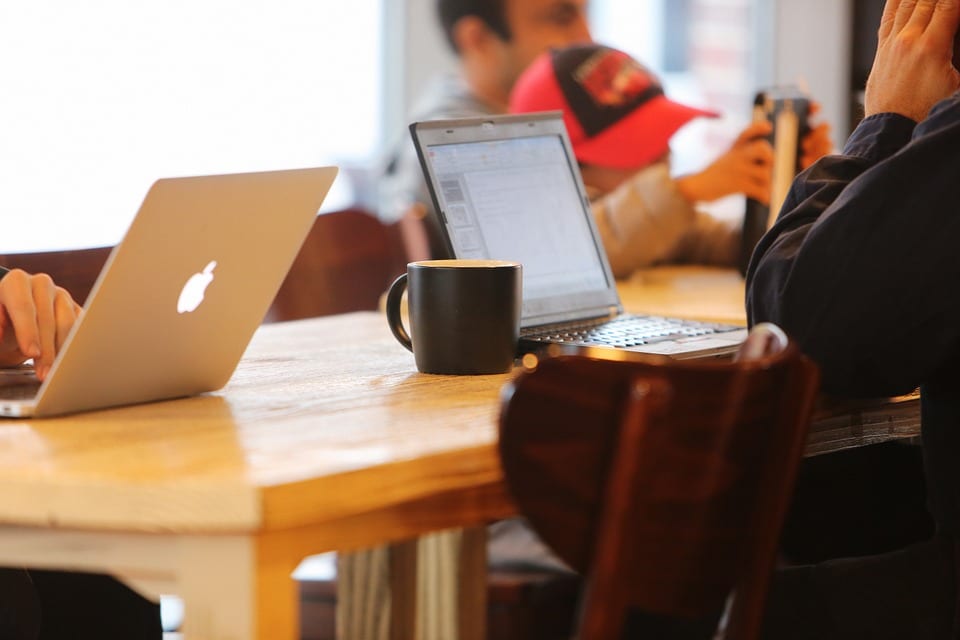 Have you ever plopped down on the sofa after a long day at work, excited to stream last night’s episode of Game of Thrones, only to find the show won’t stop buffering? It could be because your WiFi connection is too weak. A WiFi booster can help, but exactly how do WiFi boosters work?

Have you ever found the perfect coffee shop to work from, ordered a latte with adorable artwork, but then popped open your laptop and realized the WiFi connection was too weak to download the PowerPoint presentation you needed to work on? A WiFi booster can help with that, too.

Have you ever checked into a hotel and had perfect WiFi in the lobby, but once you got to your room it seemed the WiFi would only connect if you sat in one spot and didn’t move? A WiFi booster can help with that as well.

If you’re still asking yourself “Why do I need a WiFi booster?,” the answer is simple: It will increase the speed of your WiFi and help eliminate dead zones, whether you’re at home, working from a cafe or staying in a hotel. WiFi is paramount to our lives, so why should you have to live without it? If you’re wondering how a WiFi booster works, let us enlighten you. First, however, we’ll teach you the top causes of WiFi interference.

What are common reasons for WiFi interference at home, and how do WiFi boosters work to help?

If you’re hesitant to purchase a WiFi booster, check the position of your router and surrounding factors. Often WiFi connections can be disrupted by devices causing radio frequency, such as:

Once you’ve gone through the above checklist and made sure your WiFi router is in the best possible position it can be, look at a few other factors that could be causing your WiFi to slow down:

If you’re okay limiting the number of people who can be on the network at once or are okay with occasional slow WiFi and dead spots, then perhaps you don’t need a WiFi booster. However, if you want fast WiFi, want your entire family to be able to get online at the same time and want to eliminate dead zones from your home, you should consider a WiFi booster.

How do WiFi boosters work in the home?

As mentioned, if your WiFi has been slowing down at home, a few things could be happening: You may have too many devices connected at once, you may be trying to access the WiFi in a dead zone (or a spot that is too far away from your router), you may be trying to download or stream too many things at once or you may be getting interference, among other things. The good news is there’s a solution: a WiFi booster.

A  WiFi booster (also known as a range extender or WiFi extender) works by acting as a bridge between your router and the WiFi dead zones within your home. A WiFi booster works by capturing WiFi from the router and then rebroadcasting it to areas of your house where the WiFi is either slow or nonexistent. Linksys likens it to a popular sport and says, “Think of it in terms of baseball, where your router is an outfielder whose job is to get the ball to the catcher. A WiFi extender is the shortstop that stands between the two, waiting to catch the ball and throw it into home plate.”

A WiFi booster works by receiving your existing WiFi signal, amplifying it and then transmitting this newly bolstered signal with powerful amplifiers and antennas. Did you knowthat you pretty much double the amount of WiFi coverage in your home with a WiFi booster? WiFi boosters are generally compatible with most routers, so you can hook one up to the router your service provider gave you.

What are common reasons for WiFi interference outside the home?

This is pretty straightforward: Yes, the WiFi in cafes and coffee shops can be slow due to the positioning of the router, physical obstacles, appliances and more, but the key reason WiFi slows down in cafes is because there are just too many people using it. The good news is that a WiFi antenna can help. Unlike a home WiFi booster, it won’t strengthen the WiFi for everyone. Rather, a WiFi antenna is a small device that can be plugged into your laptop to help speed up your connection, or even connect to a different network that others without a WiFi antenna are unable to connect to due to distance.

WiFi antennas are also clutch for those who stay in hotels often, where you also encounter the issue of too many devices connected to the same network (as well as physical barriers).

How do WiFi antennas work?

If you’re a digital nomad or like to work outside the office or home, it’s imperative that you have a good WiFi connection. Unfortunately, not all cafes provide strong enough WiFi for multiple users to simultaneously download files, upload files, stream videos and more. If you often find yourself losing internet service while connecting through a cafe’s WiFi, consider investing in a WiFi antenna.

You’ve likely seen them – they’re the little alien-looking devices that people plug into their laptop’s USB. They work by boosting your laptop’s signal detection range so it can find and use a WiFi signal more easily.

In addition to being beneficial while working from cafes and coffee shops, they’re also great for people who frequently travel. Have you ever checked into a hotel and had perfect WiFi in the lobby, but the signal just can’t reach your room? This can be solved with a WiFi antenna. Not only will it allow you to connect to the internet, but it will also give you faster service.

After reading this post, would you be able to answer the question “How do WiFi boosters work?” If not, ask us how we can make it more clear.