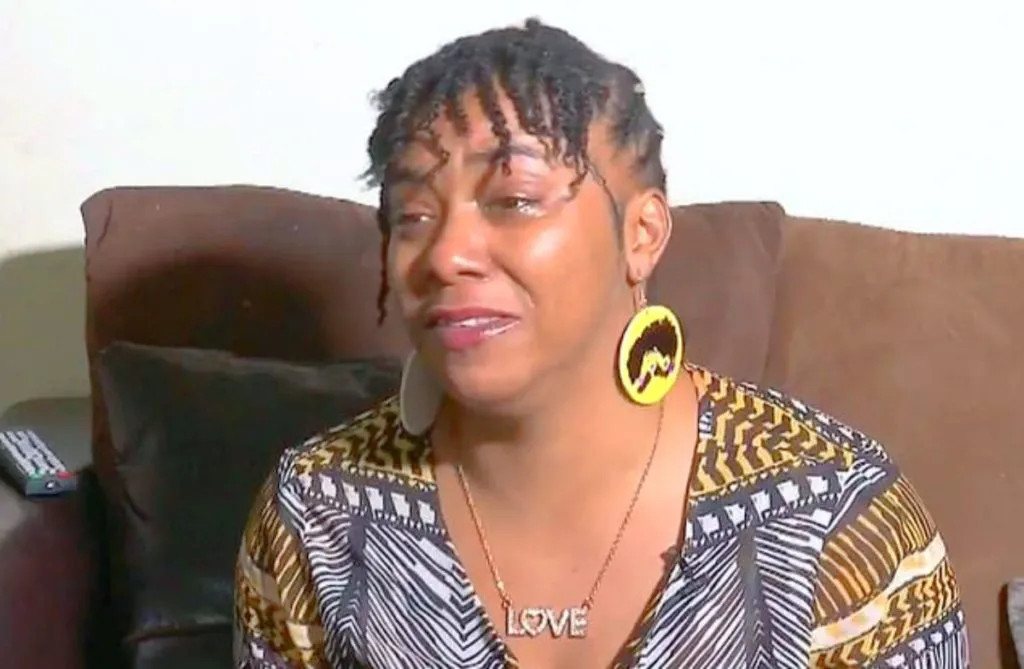 With sore feet, she was approaching the end of her shift. She was used to her feet hurting this bad, she had been a waitress for a long time but she dreamed of the day when she would no longer have to serve others. She wanted to save enough money to pay her student fees. As she cleaned up the table where her previous customers dined, she picked up the bill folder. That is when she saw the life-changing tip her customer had given her.

She barely had the time to take it all in, when he manager suddenly snatched it from her hands.

Shikira Edwards had been a part-time Denny’s employee for three years. She worked to earn money to pay for her studies at dental school. She didn’t mind being ordered around all day because it helped her to achieve her dream. She got herself ready for what would undoubtedly be a long shift. As she looked at herself she imagined the day when she could hand in her apron debt-free.

Little did she know what she was about to find out.

Smile, And The World Smiles With You

Shikira was no stranger to having difficult customers. As a result, she was always pleasantly surprised when she had a kind and thoughtful customer. On that particular morning, it just so happened that she served a lovely couple. “She appreciated my smile,” Edwards stated later.

However, she didn’t know how much it was appreciated until the couple had already left.

As she went to clean her table, she picked up the bill looked at it. Her eyes widened when she saw that the bill had been paid by credit card and that they had left a whopping $4,000 tip. She couldn’t believe her good fortune. She went to her manager, crying from joy, to share the news with her manager.

That’s when things went wrong, however.

Shikira couldn’t help but start to imagine how she would put the money to use. Naturally, she planned to use some of that money to pay toward her student debt of $33,000. However, she didn’t stop there. She also wanted to donate a portion to a program dedicated to helping teens with depression. “It’s just such a blessing to have good people like that… God did answer my prayers, ’cause he knows what I go through,” she said in a later interview.

However, she hadn’t counted on what her boss said next.

Her manager took a look at the bill and saw the huge number. It wasn’t unheard of for someone to receive a tip like that, he’d read many stories about it. However, it never happened here. He thought for a moment before responding. “I’m sorry,” he said as he put the bill in his pocket “But this is staying with me.”

That’s when he told her that if she wanted it back, she’d need to do something for him.

Her manager explained that while he might give her the money, there was a catch. She couldn’t believe what he was saying. “I’m just hurt that they would tell me something like this as a business, and as being the owner to tell me that this is the only resolution as if I’m wrong to ask for something I know I deserve,” she would later recall.

However, what was the catch?

She had also heard of huge tips being left by generous patrons and quickly looked them up. However, they all had one difference compared to her situation. None of them ever talked about a manager withholding a tip. Considering that most waitresses earn between $298 and $500 a week, the tip her manager was withholding was more than two month’s wages.

She listened to the condition her manager set forward.

There was just no way. Shikira could turn her entire life around, but what she would have to do to get it was too much. She looked at her graduation photo and remembered the only thing that mattered was to pay down her debt and become a full-time dental assistant.

After a stiff drink, Shikira knew what she had to do.

Her manager had told her that in order to process the tip, she would have to track down the customer and confirm that they really intended to leave such a huge tip. But how could a dental assistant that worked part-time at Denny’s find someone who wasn’t even a regular customer?

Shikira contemplated what the manager was doing and tried to decide on the best course of action. She wouldn’t be surprised if someone at the restaurant tried to keep it for themselves, she thought to herself. She knew that the business was short-staffed, low on supplies, and was defined by low morale.

Then, she had an idea.

Shikira took to Facebook and to Twitter in hopes of finding the person who had left her such a generous tip. But, after weeks with no leads, her search had turned up nothing. But, although netizens couldn’t help her track the tipper down, they were sitting up and taking notice of her story.

Outrage From The Public

Soon, Denny’s Facebook page was flooded with comments from people who had read about the story. Everyone thought that Denny’s had no right to withhold a tip from one of their employees. One user wrote: “Are you kidding me!? I’m sure there’s some loophole that will allow them to justify keeping it. Even with a winning ticket; just can’t win.”

And it wasn’t long before the local news stations got involved as well.

Shikira contacted the local news to tell them her story in the hope that the customer would see the broadcast. The waitress felt Denny’s had shamed her by suggesting she should have been more diligent at her job and blamed her for spreading misinformation.

Shikira was incensed, and she had every right to be. She’d worked the long hours and had never complained, but this was just too much. “You’re going to tell me that it’s my fault that I didn’t get the information on a customer when they left and tipped me?” she said. “I don’t know who tipped me!”

‘Denny’s would like to make it clear that we would never withhold tips or wages from any of our employees. However, Denny’s also has an obligation to ensure that our guests are charged the proper amount for their meals,’ Denny’s said in a statement.

‘In this case, Denny’s was obliged to investigate and verify the guest did in fact intend to leave such a large tip.’

Not many people are aware that workers in the service industry aren’t paid in the same way as those with jobs in other industries. They receive a “tipped minimum wage,” which amounts to a fraction of the federal minimum wage. Tips are designed to cover the rest of a server’s income, but there is no guarantee that they will. This leaves servers beholden to the whims of their paying customers, and it’s an unfair system.

Would Shikira get what she deserved?

‘Denny’s has met with Ms. Edwards and advised her of the outcome of the investigation and we understand the disappointment our server must feel in receiving this news,’ Denny’s said in a media statement.

Unfortunately, Shikira was about to receive some bad news…

‘We conducted a thorough investigation into this matter and has discovered the tip in question was made in error,” the statement continued. “It was ultimately determined that the guest, who is elderly and unfamiliar with the debit system used at this location, entered a tip amount of $4,451.61 when he intended to leave a $4 tip on his bill.

‘We have also taken steps to ensure that staff is better equipped to handle similar situations in the future,’ the spokesman continued, ‘Denny’s is committed to both our guests and our employees and will always seek to provide the fairest and most reasonable resolution under any circumstances,’