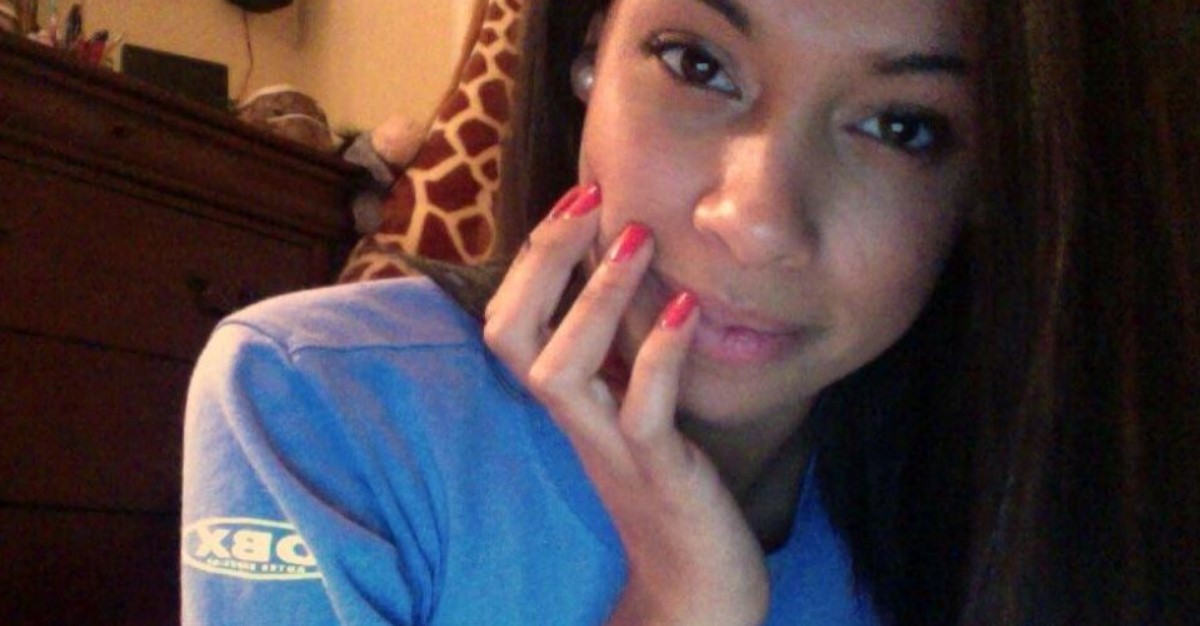 When she realized just how her ex-husband’s new girlfriend was treating her daughter, she could hold back no longer.

Audrey Loving from Newport Wales, Virginia, had met the love of her life early on. Or so she thought.

Even though Corey and Audrey were teenagers themselves, they quickly got engaged and started a family. But little did they know, tough times were soon to follow.

After the birth of their first daughter, Riley, the young pair’s relationship was strained, to say the least.

They had some personal differences that they just couldn’t seem to shake. In the end, they decided to do the unthinkable.

Our young couple, who had been very much in love, decided to end the relationship. Corey moved a considerable distance away, and Audrey won full custody of their daughter.

But the pair resolved to co-parent as well as they knew how. Until a new woman arrived in Corey’s life.

Riley visited her father every month and would spend a weekend, and so it went for a few years.

But when Audrey heard that another woman was taking over the role of ‘mother’ in Corey’s house, she understandably had mixed feelings.

Audrey was astounded to hear from her little girl how her ‘new’ mother was treating her.

She knew she had to do something about it. So she wrote a long post on Facebook. Before she knew what was happening, the post exploded.

Suddenly, Audrey’s post had been shared thousands of times and had accumulated hundreds of comments.

Most commended her for outing her ex-husband’s new girlfriend’s behavior. But what was it about Audrey’s post that caused such a stir?

Audrey decided to react to her ex’s new girlfriend in a way that nobody saw coming.

She posted a photograph of the woman posing with Riley, and her daughter’s expression said it all.

She explains: “I come from a blended family — I have stepsisters, half-sisters. Growing up, I heard the negative talk about the ‘other woman,’ and I didn’t want my kid to hear the same thing … It’s not fair. Kids are smart.”

Her post began: “This is my daughter’s father’s girlfriend…”

“…The sweetest thing ever! I’m super thankful for her because when she visits her dad she feeds her, takes care of her, buys her gifts, and basically takes care of her like her own. Why do all these moms act so spiteful and jealous towards the other women?”

She continued: “NOONE said it was easy trying to be a mother to a kid you didn’t have. So when there is someone trying, don’t push them away!”

Do you agree that Audrey’s reaction was rather enlightened and mature?