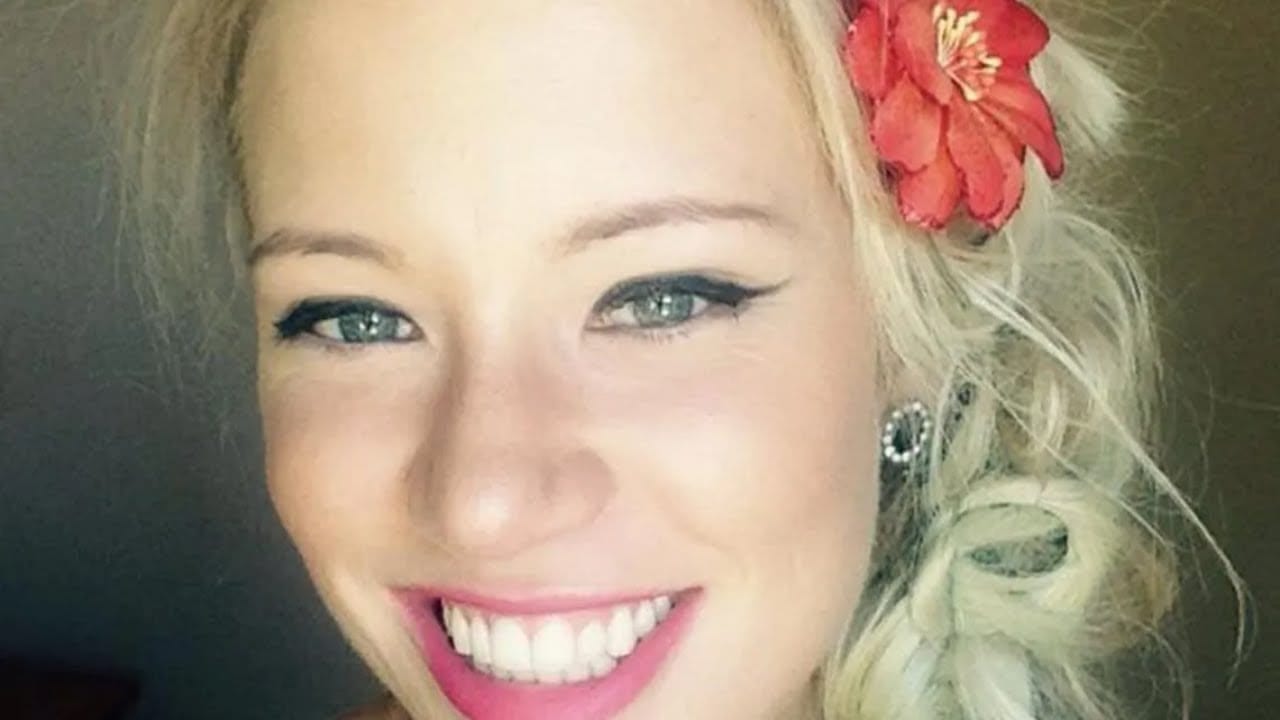 When she came to, the first thing she became aware of was the hard surface digging into her back, and a dull throbbing pain in her left leg. She opened her eyes and saw the high rafters of the enormous ceiling arcing above her. Dazed and confused, she lifted herself into an upright position. Her right hand was balled into a fist, and there was something inside. 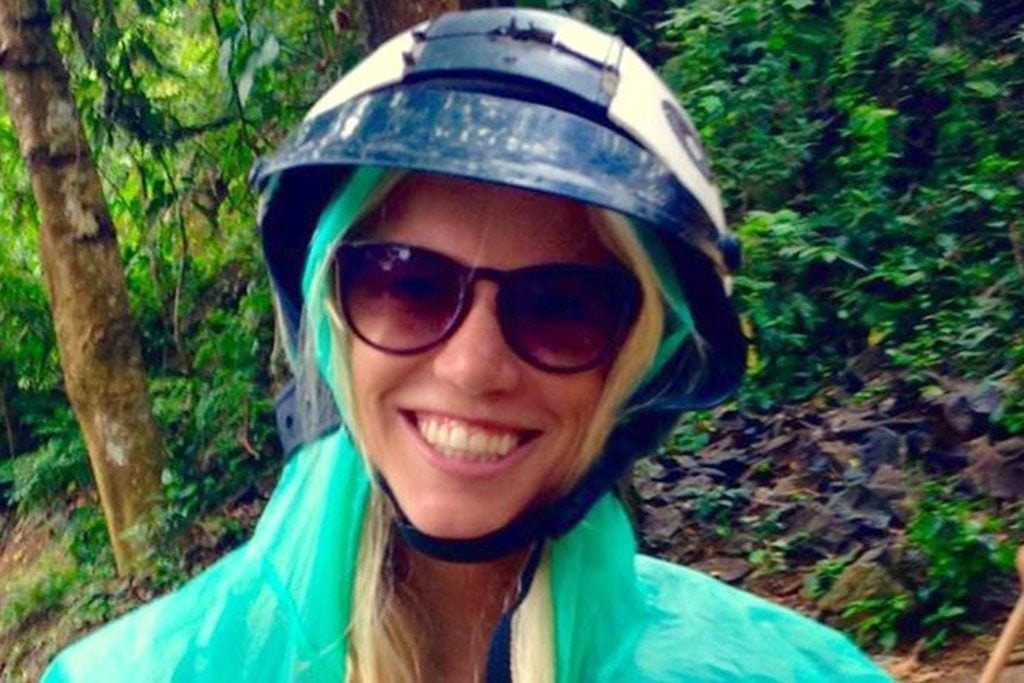 27-year-old London resident Ellie Farnfield taught fitness classes and was studying to become an acupuncturist in her free time. She was commuting from Redhill, Surrey to London, Victoria on a train when things suddenly took a turn for the worse. And the most frightening part was that Ellie didn’t remember anything. 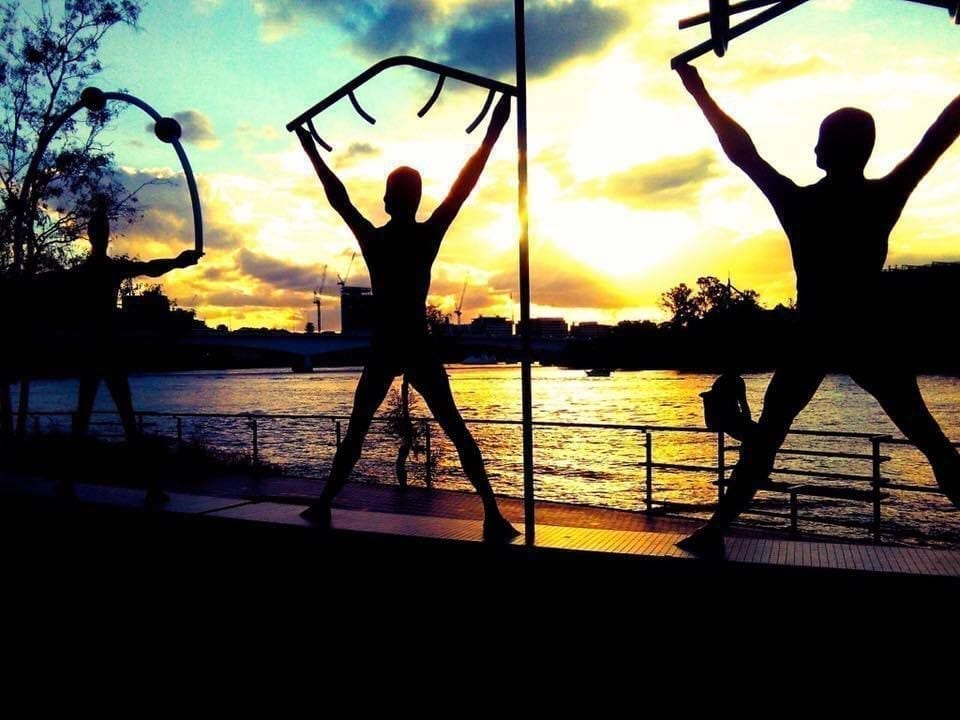 Ellie was the epitome of health, and she had to be fighting fit at her job as a fitness instructor at Rabble, a social fitness club designed to incorporate team games into a fitness routine for people of all ages and fitness levels. She had never displayed any signs of any health problems or disorders, until that fateful day.

Waiting For The Train 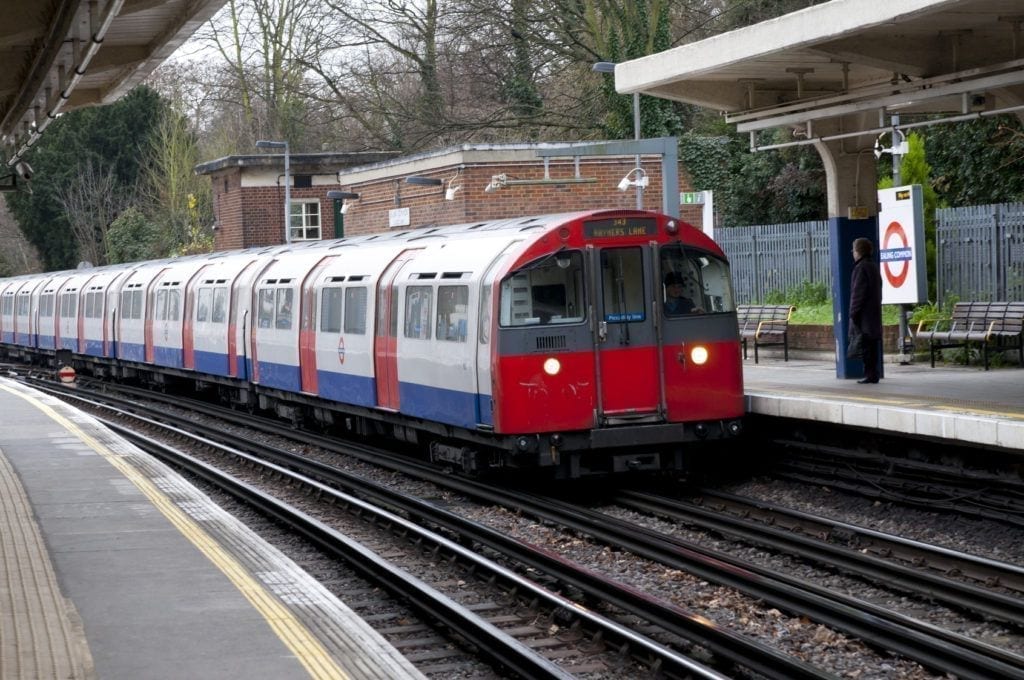 On one seemingly ordinary evening in November, Ellie waited for her train along with hundreds of other commuters. She hoped it would be on time – she didn’t want to miss her class. She loved her job, and she especially loved to see the people who attended her sessions undergo personal transformations as she guided them on their journey to fitness. But what Ellie didn’t know was that she was to undergo a transformation of her own, that very evening. 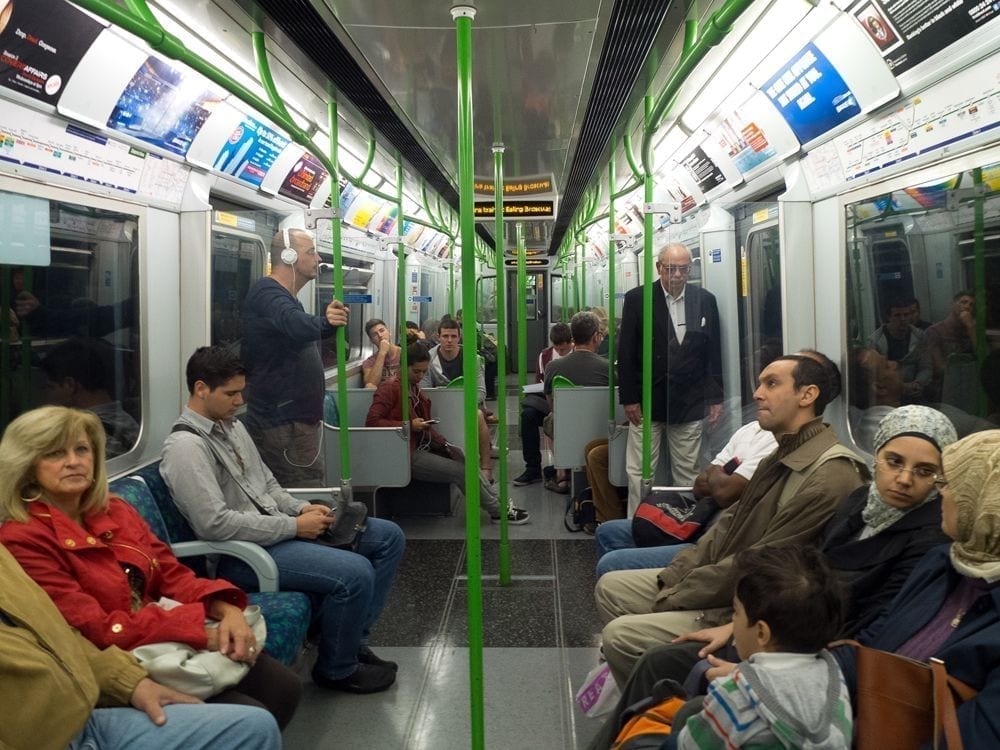 Finally, the train arrived and she stepped off the platform, through the doors and into the human crush inside. She greeted the conductor with a smile and pushed past the throngs of people. At this hour, all the seats on the train were already taken. So she found a place by the window beside the other straphangers and braced herself for the train’s departure. 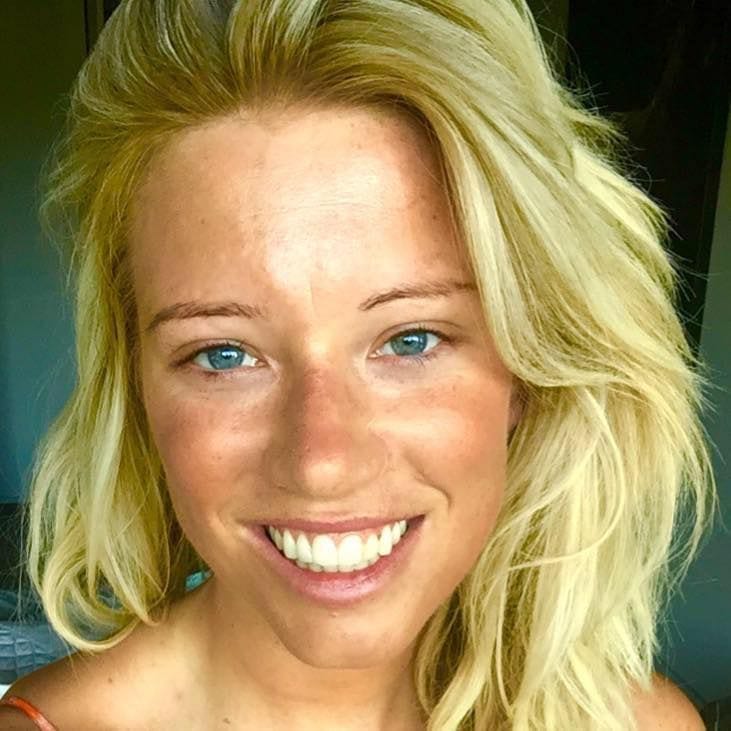 The train started to slowly roll forward, and the tide of commuters swayed backwards, intensifying the crush of people in the back. Ellie took a sip from her water bottle and marvelled at the convenience of it all. What would normally be an hour-long trip by car would take just 28 minutes by train. In just 28 minutes, Ellie would arrive at her destination — or so she thought. 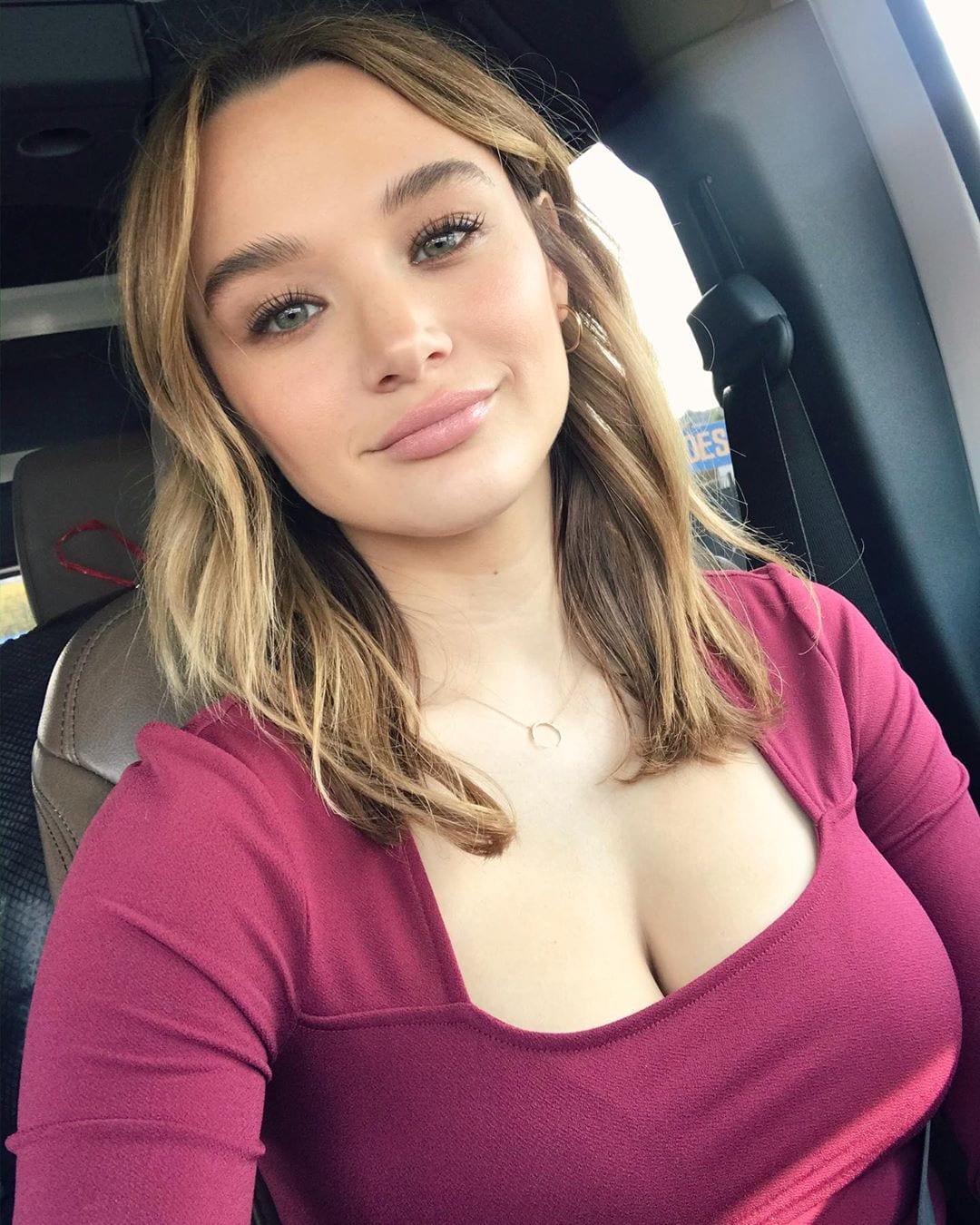 After about 10 minutes, Ellie begins to feel strange. Her mouth starts to feel dry, and she is extremely thirsty. She becomes aware of a crushing headache that feels like an elastic band wrapped around her head, above her ears, a tightening sensation. The sensation starts to spread to other parts of her body, and her arms start to tingle. 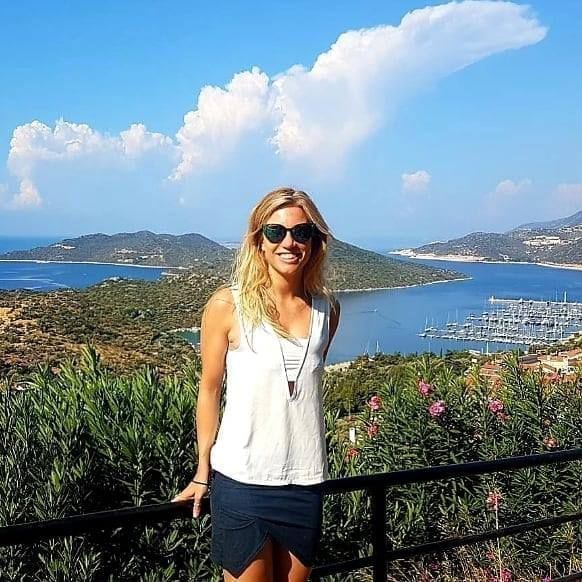 Ellie starts to feel lightheaded and claustrophobic, and a wave of nausea rises from the pit of her stomach, leaving a metallic taste in her mouth. At first, she thought that her blood sugar was low. She knew she shouldn’t have skipped lunch. She holds onto the metal railing to steady herself. There’s nothing she can do – she’s on a crowded train. She prays that the feelings will pass. 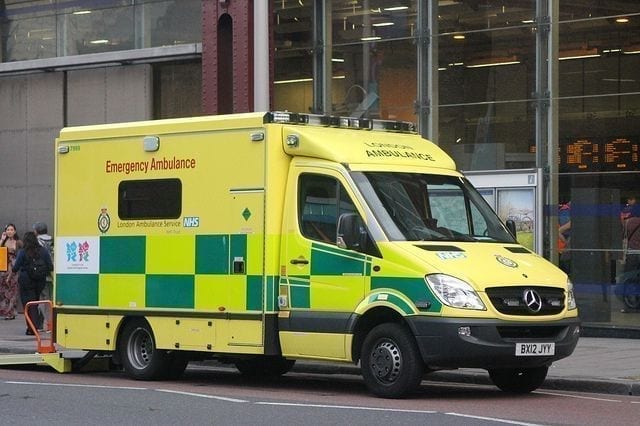 Suddenly, Ellie’s vision starts to blur and she hears a whooshing sound in her ears. The darkness in her eyes creeps from the corners, growing larger and darker. She tries to fight it and thinks: “I can’t pass out on the train… no, no, no…” over and over again, until the blackness comes and she’s falling. 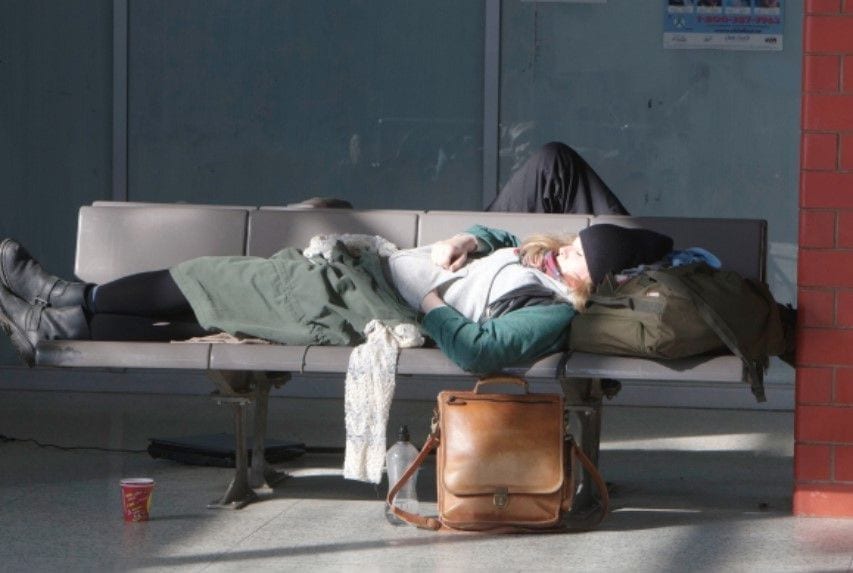 She doesn’t know how long she’s been unconscious for…days? Hours? She becomes aware of the weight of her own body, an immovable dummy made of flesh and bone. She concentrates and feels herself fall back into herself and opens her eyes. She’s alone, lying flat. She lifts herself into an upright position and opens her right hand, and something falls out. 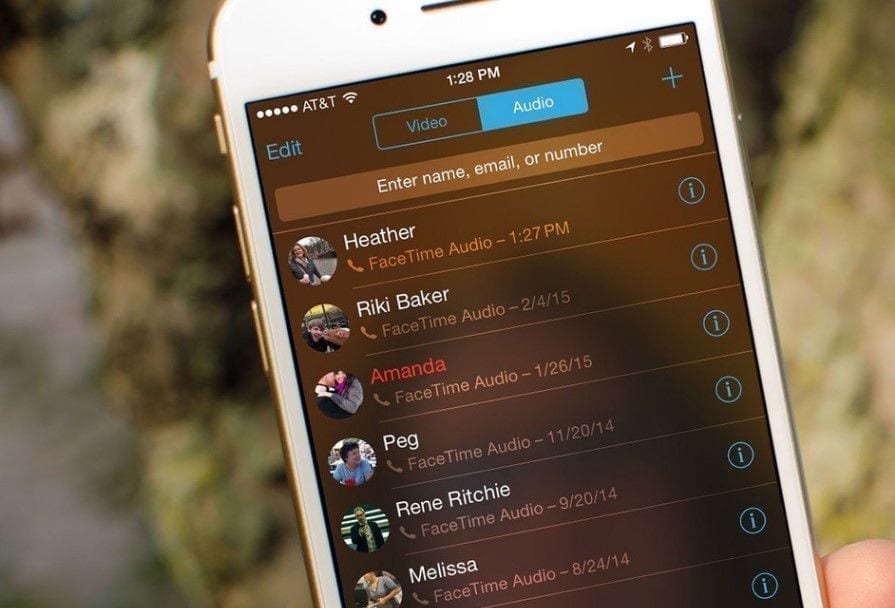 Ellie immediately scrabbles for her phone and purse, hoping and praying that nothing has been stolen while she was unconscious. Relief washes over her as she sees that everything is there. She immediately scrabbles for her phone. 20 missed calls. She looks at her call log, and sees that 14 outgoing calls have been made, but she doesn’t remember making them. 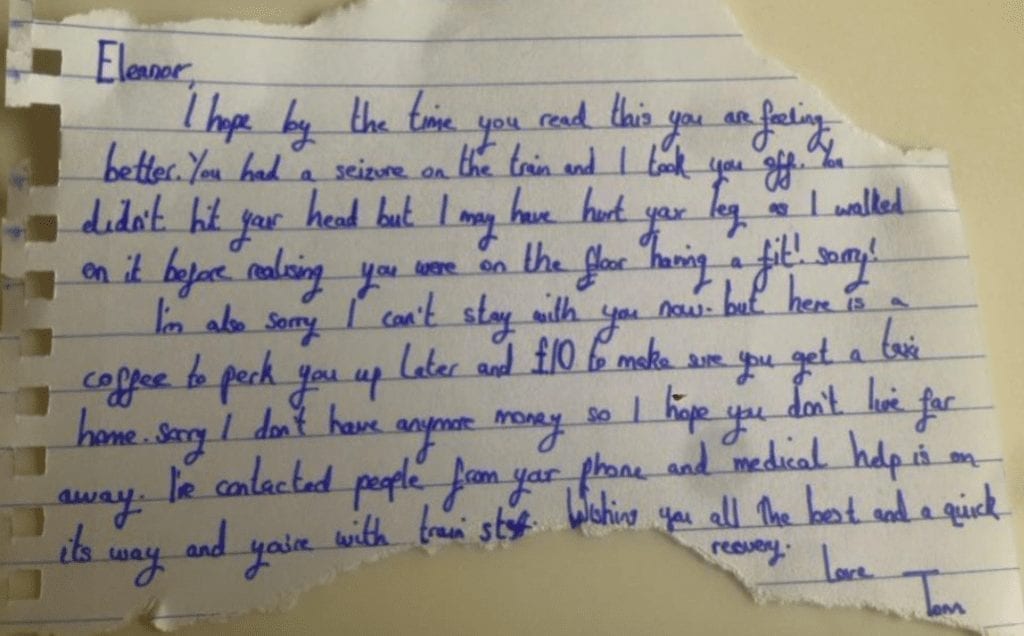 Then Ellie looks down and is startled to see that two paper objects have fallen out of her hand. She leans over carefully and picks them up. One is a crumpled piece of paper, and on it is a note, scrawled hastily in blue ink. What happened to her? The last memory she has is feeling ill on the train, and then the awful falling sensation. A feeling of dread washes over her as she starts to read. 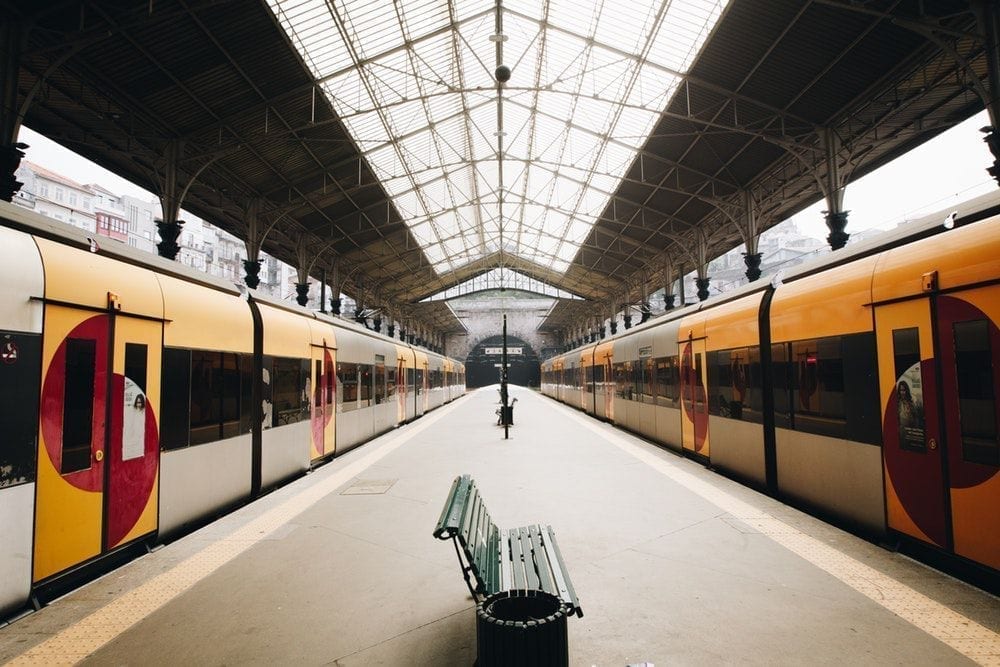 ‘Eleanor, I hope by the time you read this you are feeling better.’ Ellie continues, with eyes wide in disbelief. ‘You had a seizure on the train and I took you off. You didn’t hit your head but I may have hurt your leg as I walked on it before realizing you were on the floor having a fit! Sorry!’ So she’d had a seizure on the train! She read on, hoping to piece together the rest of the puzzle. 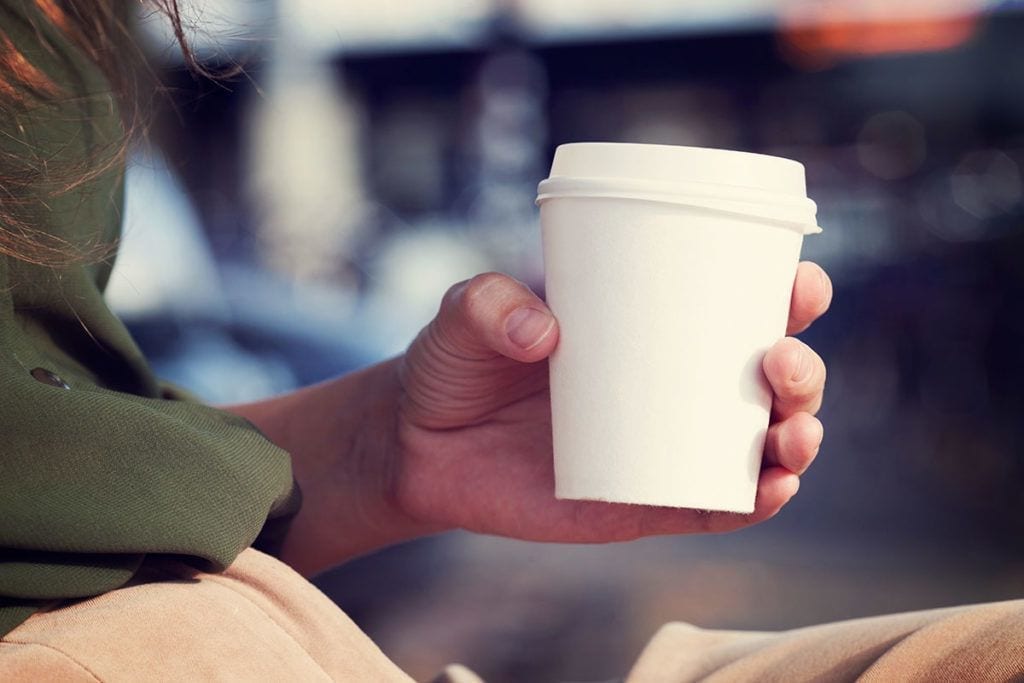 ‘I’m also sorry I can’t stay with you now, but here is a coffee to perk you up later,’ the note continued. Ellie looks to her left and sees that there is indeed a cup of coffee in a paper cup, sitting next to her. ‘And £10 to make sure you get a taxi home. Sorry I don’t have any more money so I hope you don’t live far away.’ 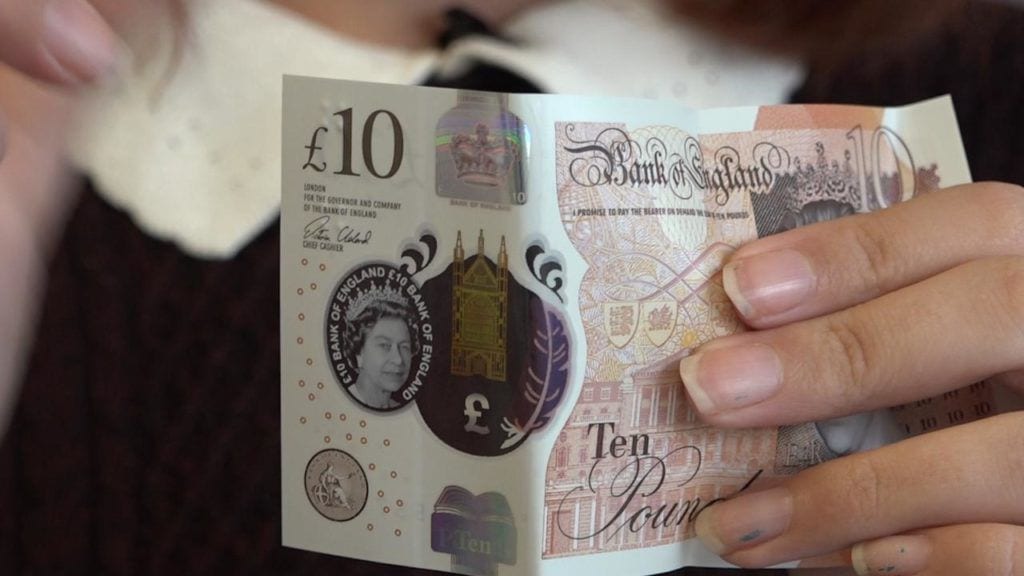 ‘I’ve contacted people from your phone and medical help is on its way and you’re with train staff. Wishing you all the best and a quick recovery. Love, Tom.’ Who is Tom? Does Ellie know him? Why would a stranger be so kind to someone he’s never met? It was then that she realized just how lucky she was to have a guardian angel looking out for her that day. 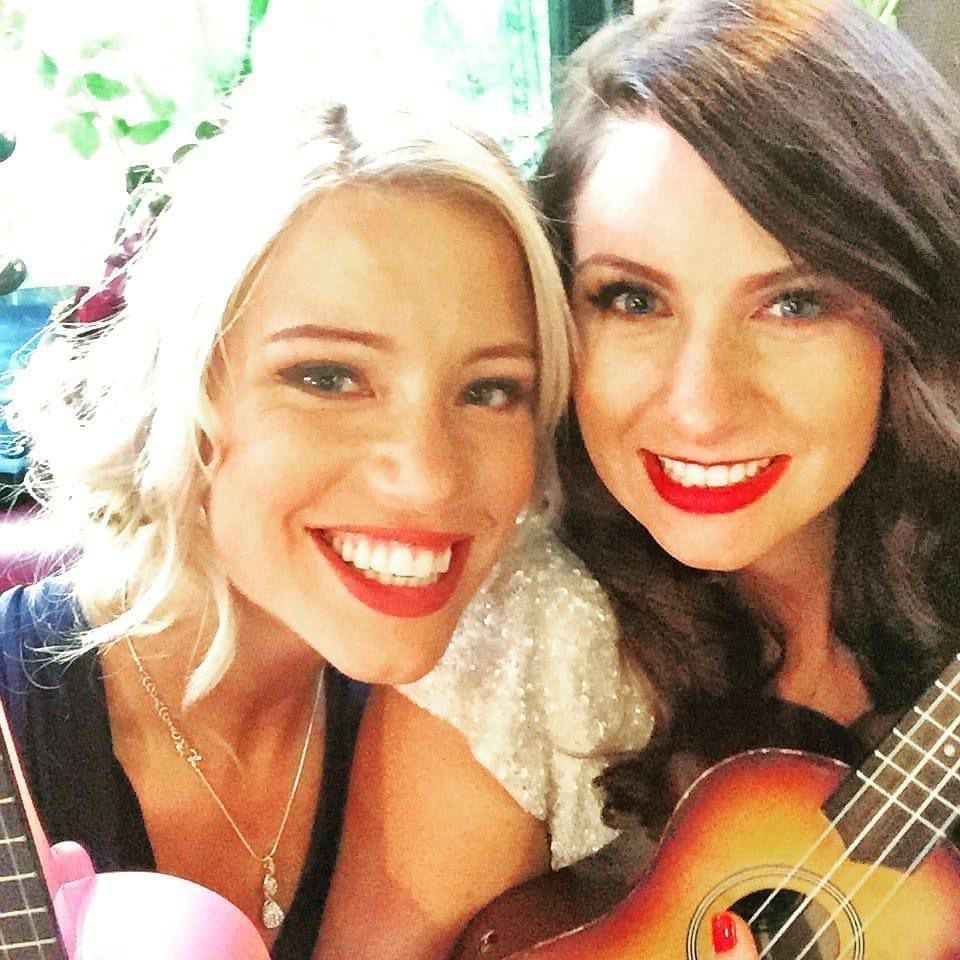 “I was very confused. Then I saw the note and the money and felt quite emotional – it was such a thoughtful thing to do,” Ellie recalls. “Anything could have happened. I could have hit my head, fallen off the train, been there for a long time.” As soon as Ellie had recovered from her ordeal, she knew that there was something she needed to do. Ellie wrote about the mystery good Samaritan who had helped her when she needed it most in a Facebook post. ‘PLEASE LIKE OR SHARE – faith restored in humanity in London last night. Thank you so much to everyone who helped me last night – especially ‘Tom’. Would love to try and find this man so I can return his money and add many many thanks to it!!’ 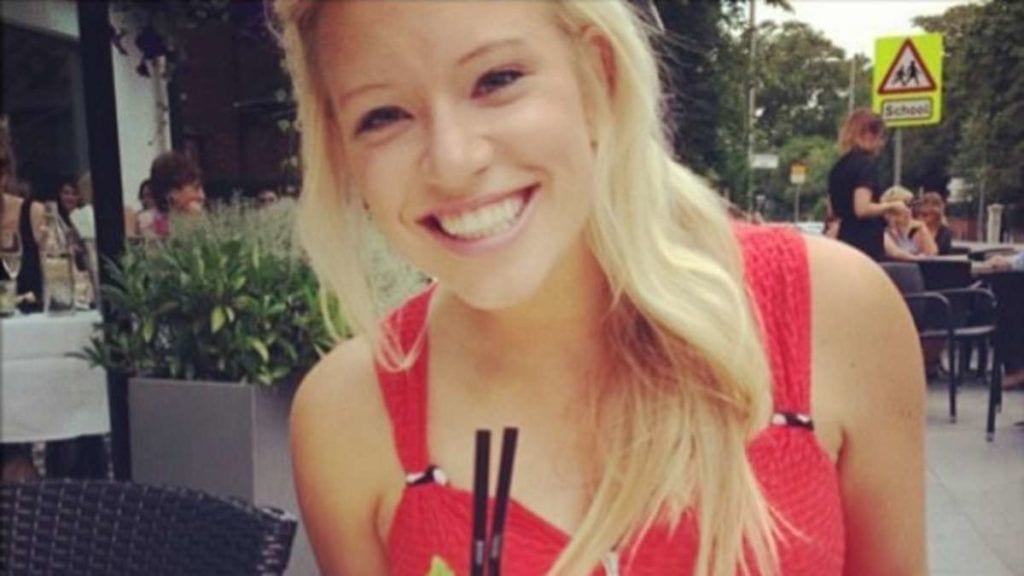 Since Ellie posted her heartfelt message, the story has gone viral – with thousands of people sharing it in hopes that the mysterious ‘Tom’ comes forward. “Everyone thinks Tom is great. There has been lots of speculation about who he might be, what he does, what he looks like, and friends “shotgunning” him as their future boyfriend,” Ellie said in an interview. 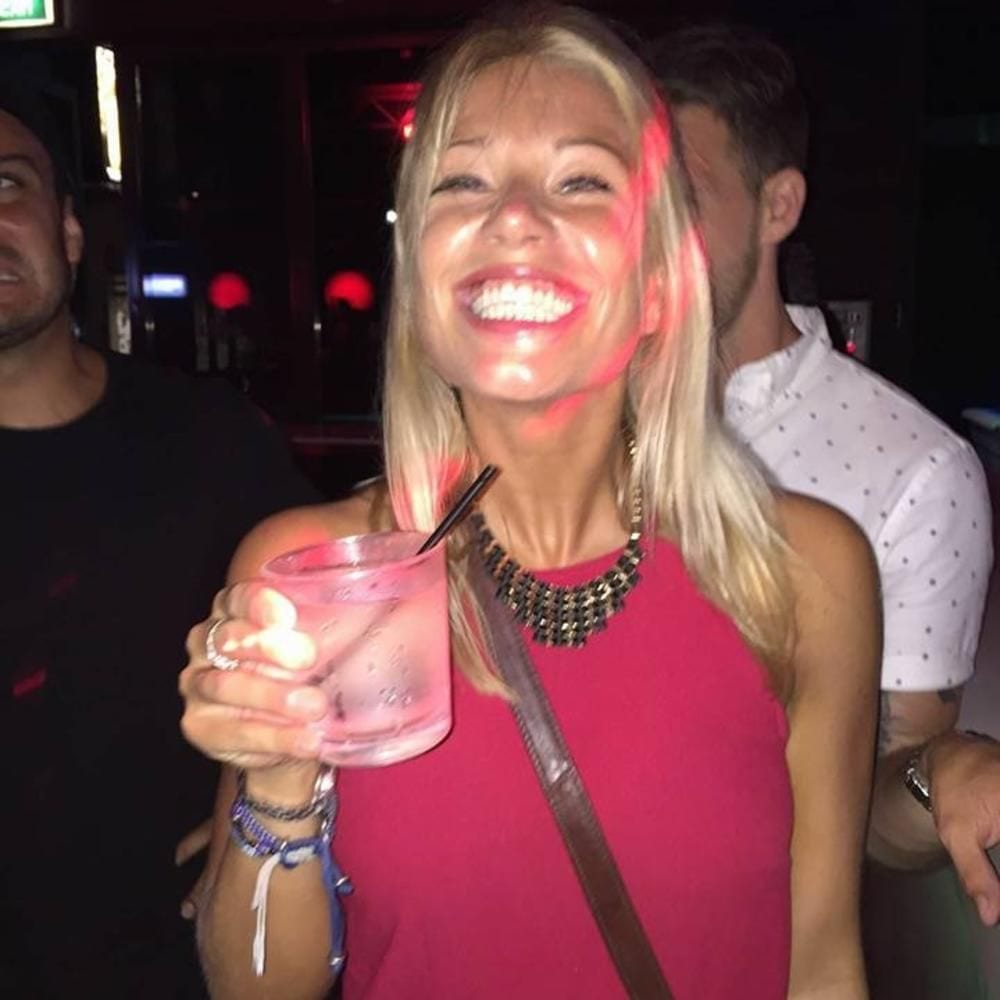 When asked what Ellie will say to the man who helped her, she replied: ‘I just want to thank Tom for his help. I’d tell him: “You’re a star and I really, really appreciate it”. I’d also like to return the money. There is something really lovely about the kindness of a stranger. If I meet him, drinks are on me.’ So, did Ellie ever find him? 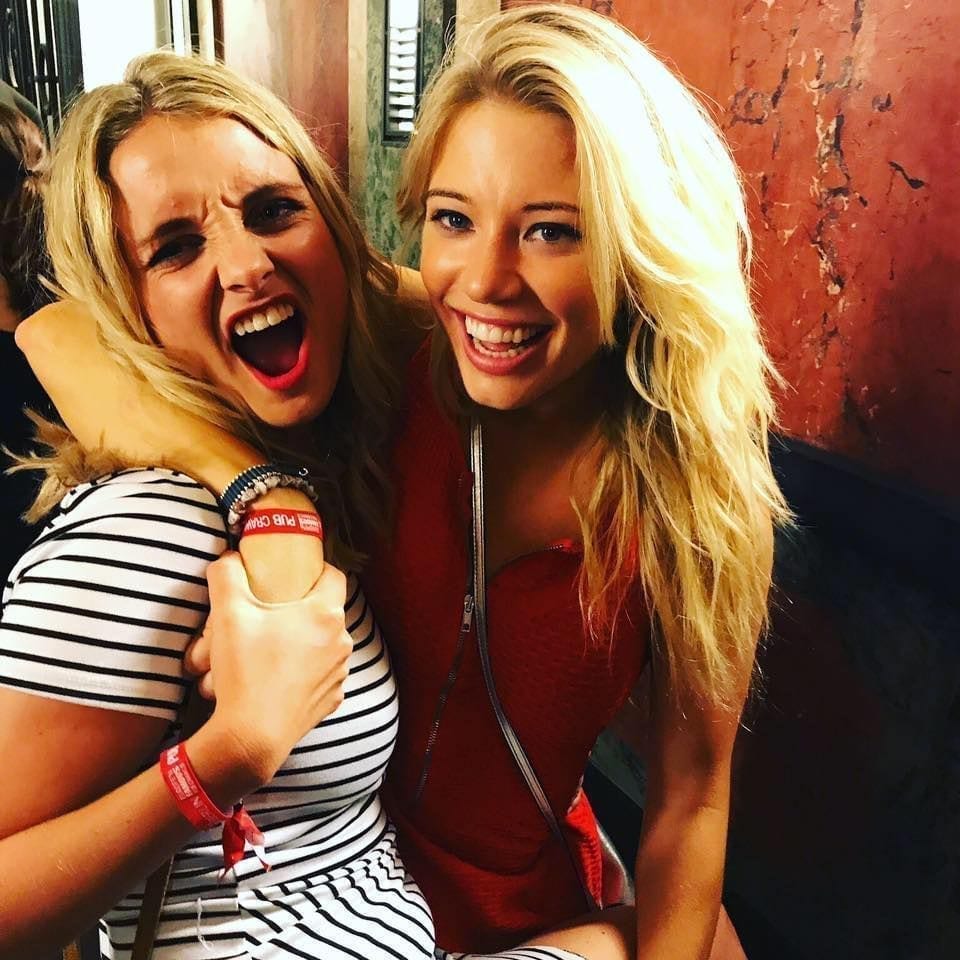 Unfortunately, even after 4 years, the mysterious ‘Tom’ has not yet come forward. Ellie even started a campaign on Twitter called #findtraintom in the hopes of tracking him down. But it seems that the elusive ‘Tom’ wishes to remain anonymous. A spokesperson for Southern, the train operator of the train Ellie was on that fateful day acknowledges Tom’s act of kindness: ‘This would have been a frightening experience but thanks to our good Samaritan this young lady woke up in good hands with a taxi fare home.’ It just goes to show that there are good Samaritans all around us!