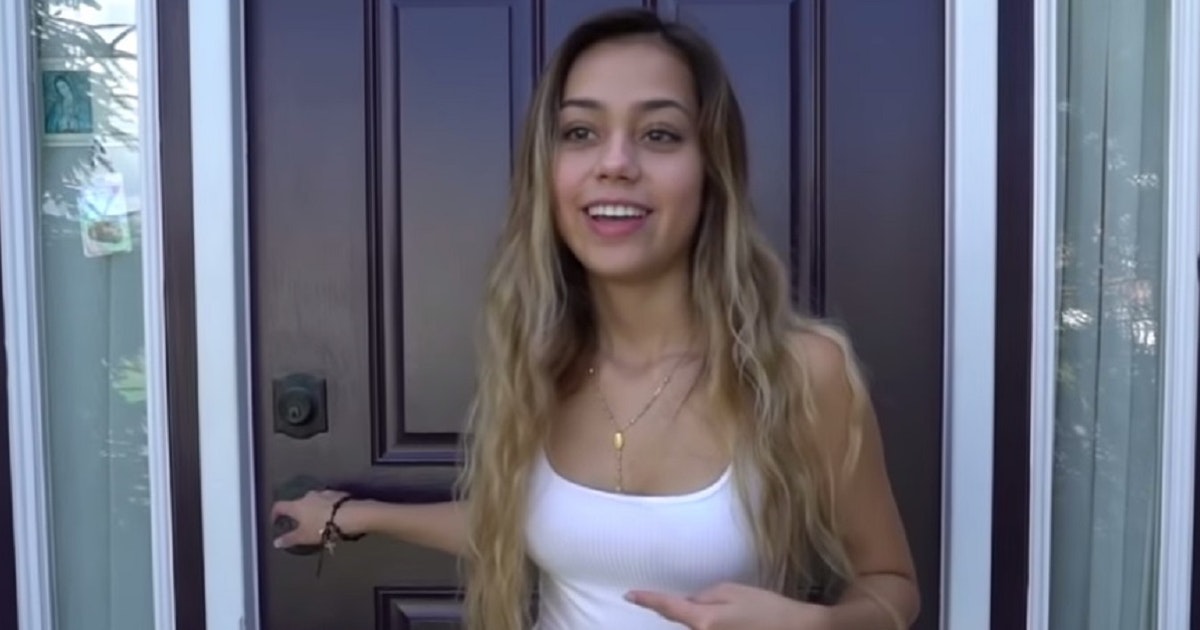 Rosie felt her heart beat faster as she saw who was standing outside. She had not expected this despite everything that had happened. For weeks now she has been wondering who has been leaving flowers on her doorstep. Finally, the culprit stood before her and she knew she needed to get proof on camera or no one would believe her. 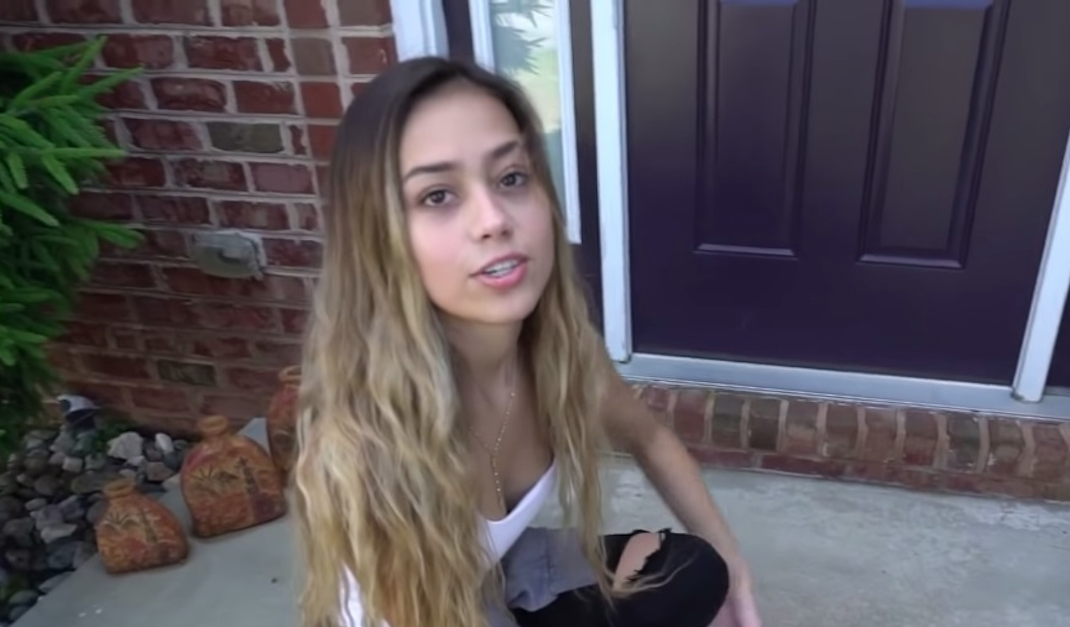 Rosie had moved into her new house only a few months earlier. After graduating from Oxford University she moved back home but soon decided to strike out on her own. This is how she and a friend moved to a neighborhood in Bristol. Little did they know that there was more to their street than meets the eye. 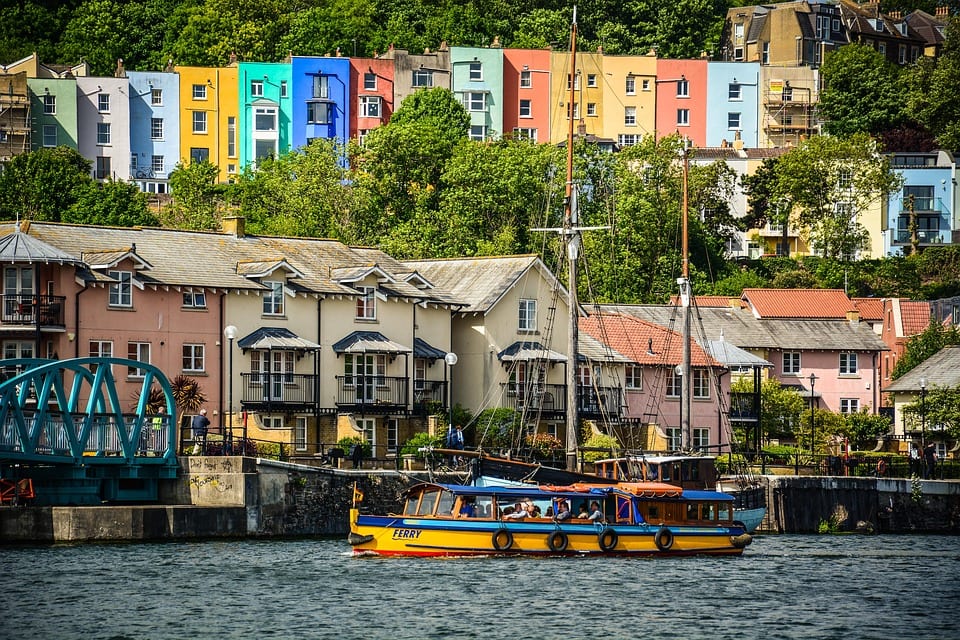 Moving to her new home in winter presented some difficulties. One of these was the fact that it made it difficult to meet and socialize with their neighbors. Fortunately, everyone that she did meet seemed to be very friendly. When spring finally came, it brought new meetings and something she could never have expected. 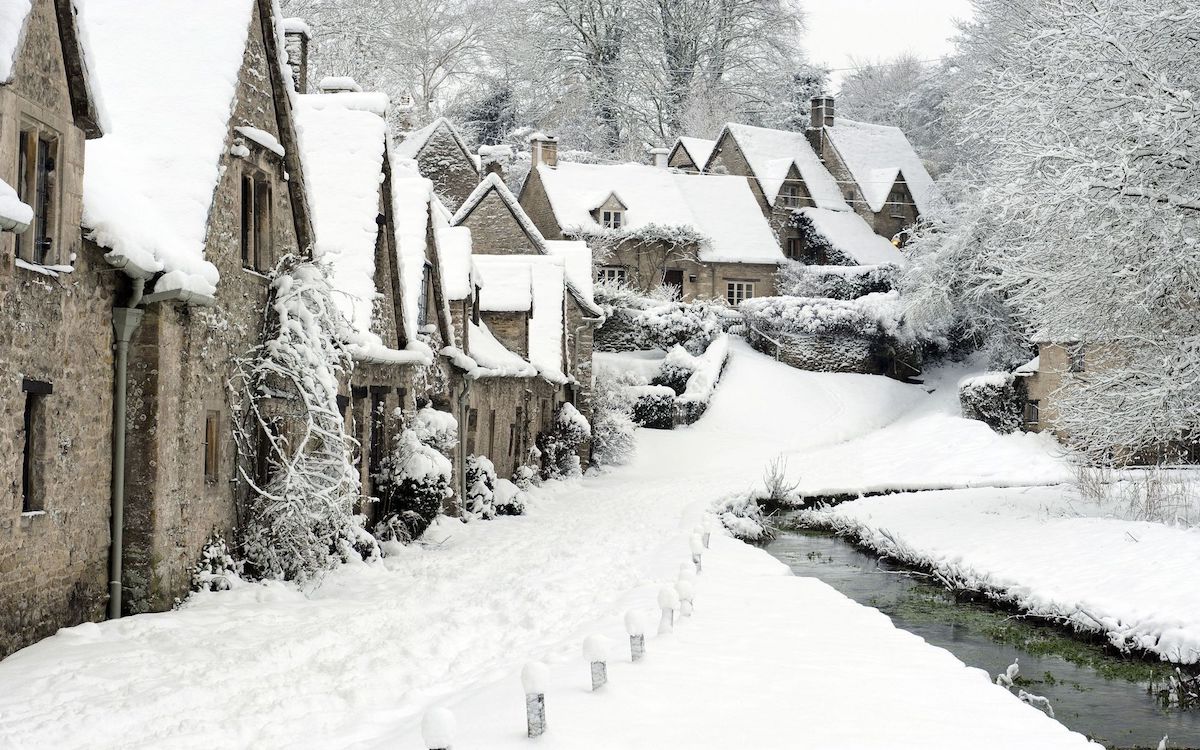 While out on her deck one day she noticed some pink flowers lying around. She was happy to see that the flowers were blossoming but she had no pink flowers in her garden. She simply assumed that they were blown there by the wind. She thought nothing of it, until later, however. 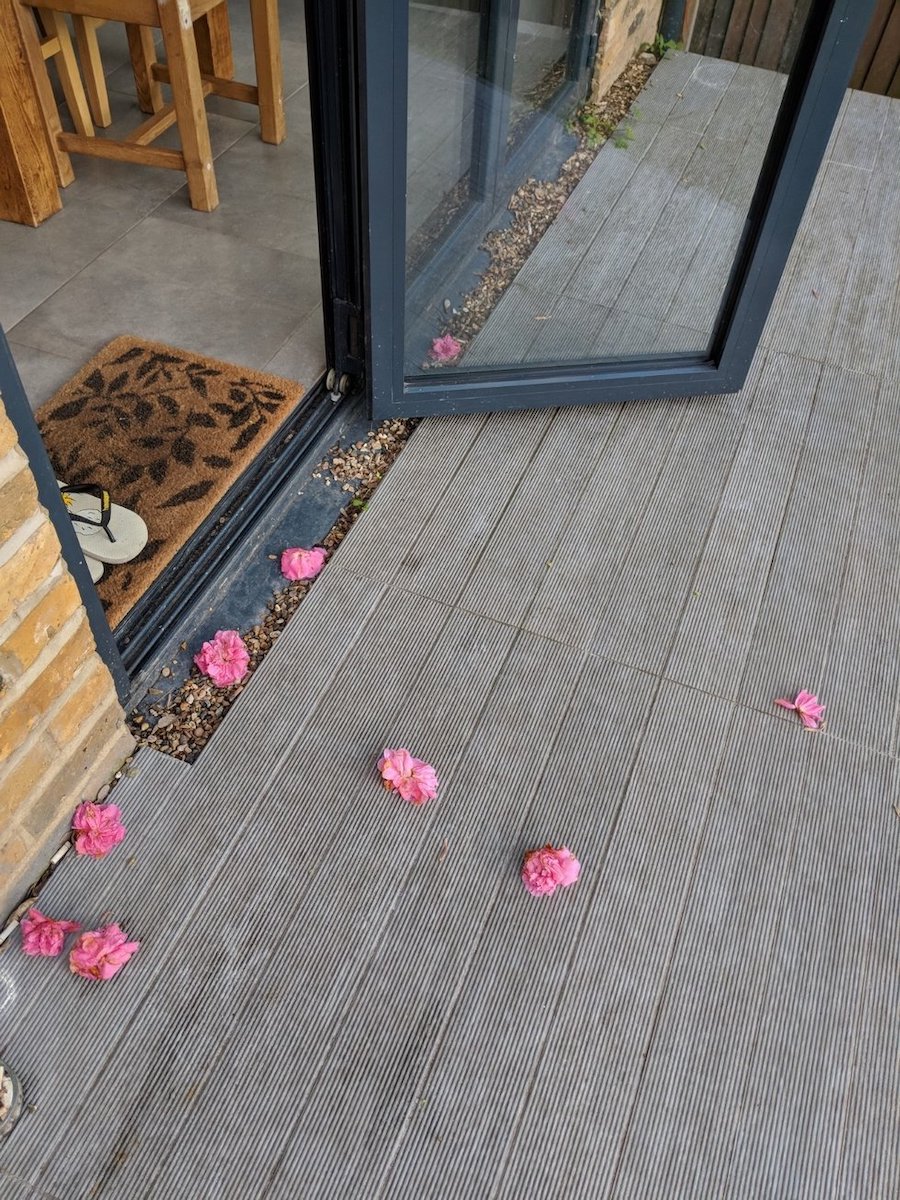 A few days later, however, there were more pink flowers on her deck. She peeked over the fences at her neighbors but none of their decks had any pink flowers. She was curious and asked her roommate about it but she had no idea either. Could someone intentionally be leaving the flowers there? And if so, who? 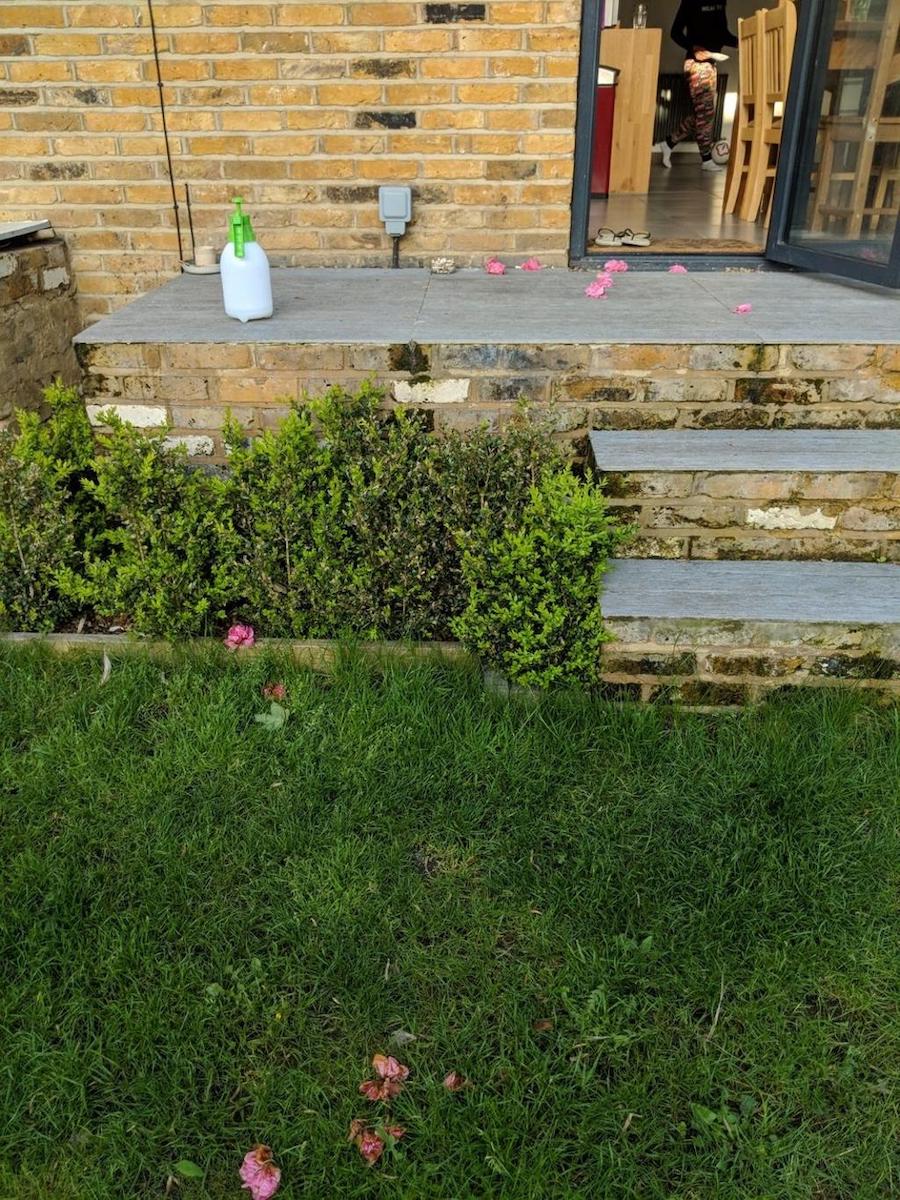 Due to the layout of their street, it was difficult to figure out who might be leaving the flowers around. “We live on a street of terraced houses that backs onto another street of terraced houses with a kind of garden corridor between,” she explained. What this meant was that almost all of her neighbors could get access to her desk. She desperately tried to think of who among everyone she met might be doing this. 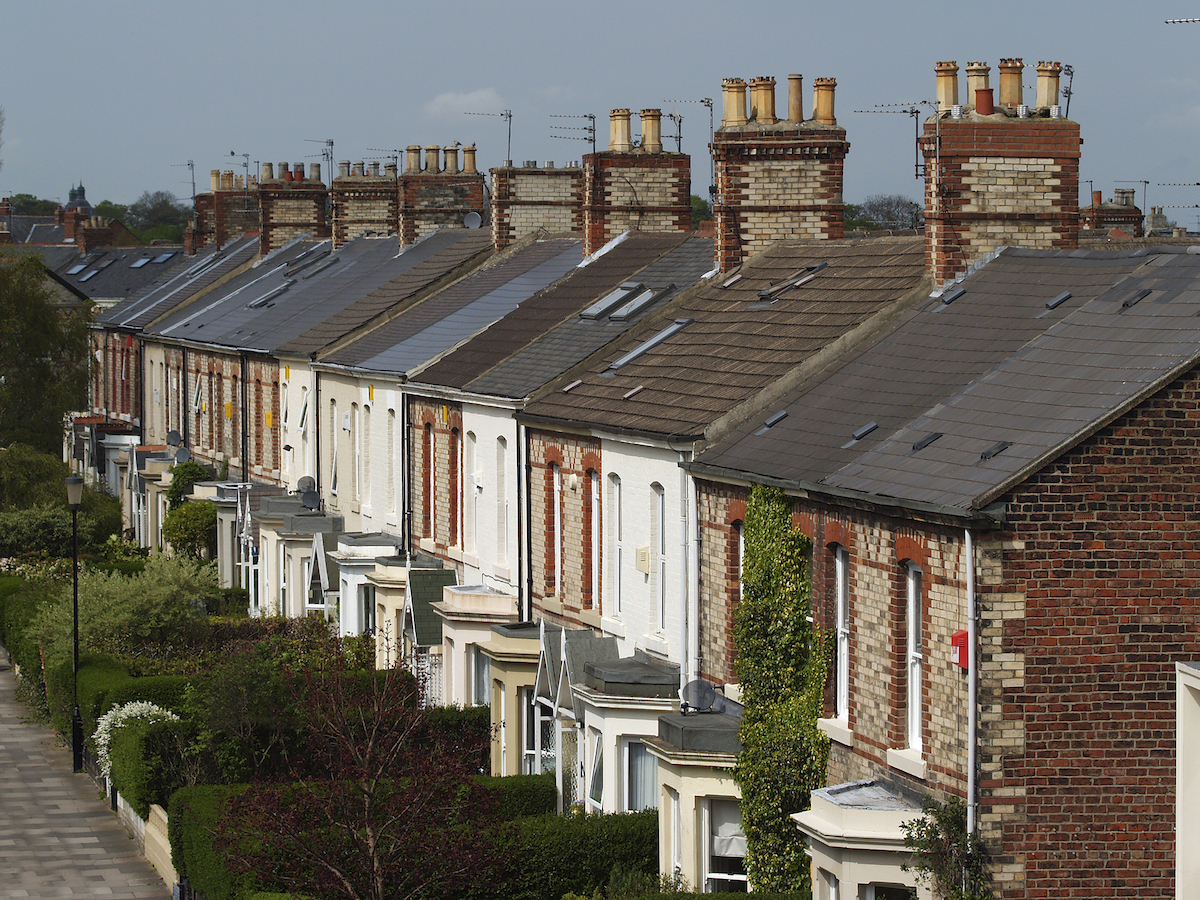 Even once she went through her list of suspects, she couldn’t think of anyone who might be the culprit. Rosie was back to square one. Flowers are usually an expression of love. So who might be in love with her and giving her these flowers. It was both flattering and scary to think there was a mystery guest delivering flowers. For weeks this continued until one day she finally discovered the truth. 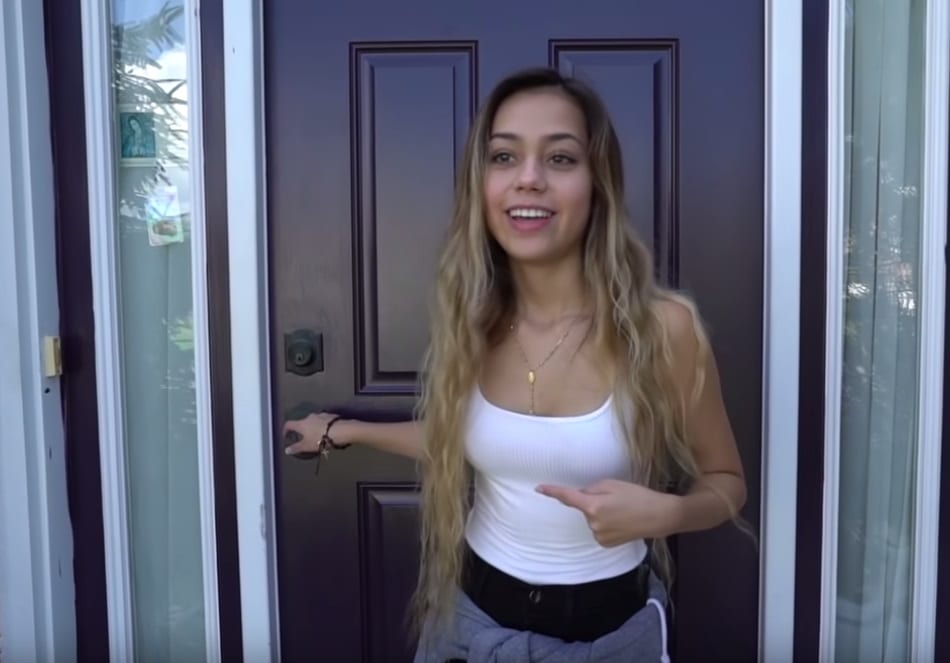 While Rosie was in the kitchen cooking, she happened to look out of the window to see the neighbor’s cat, Willow. Willow was walking towards the deck. Though there was nothing unusual about the friendly cat visiting people in the neighborhood, she noticed that there was something in the cat’s mouth. 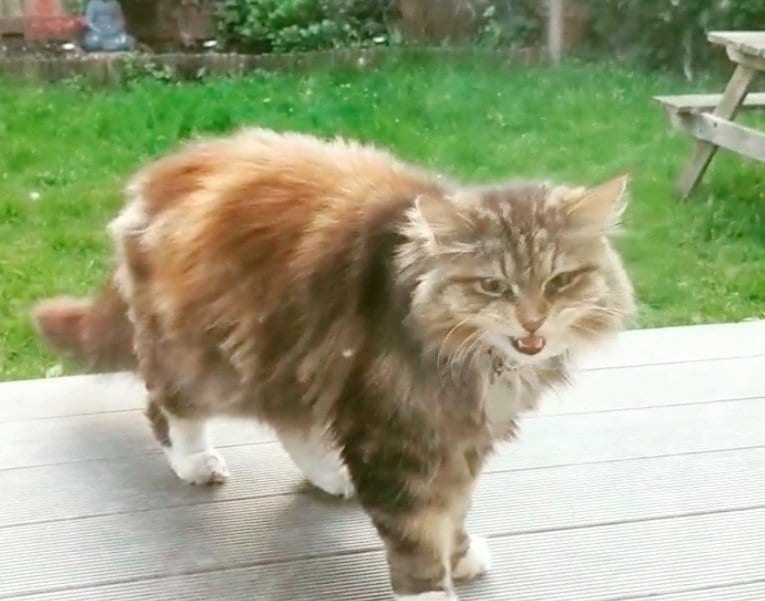 Willow walked to the deck carrying one of the pink flowers in her mouth. Rosie grabbed her phone because she knew no one would believe her. “I was so excited that I went to film it because she’s so cute and I’d never seen a cat ever bring back anything but dead animals before,” Rosie said. 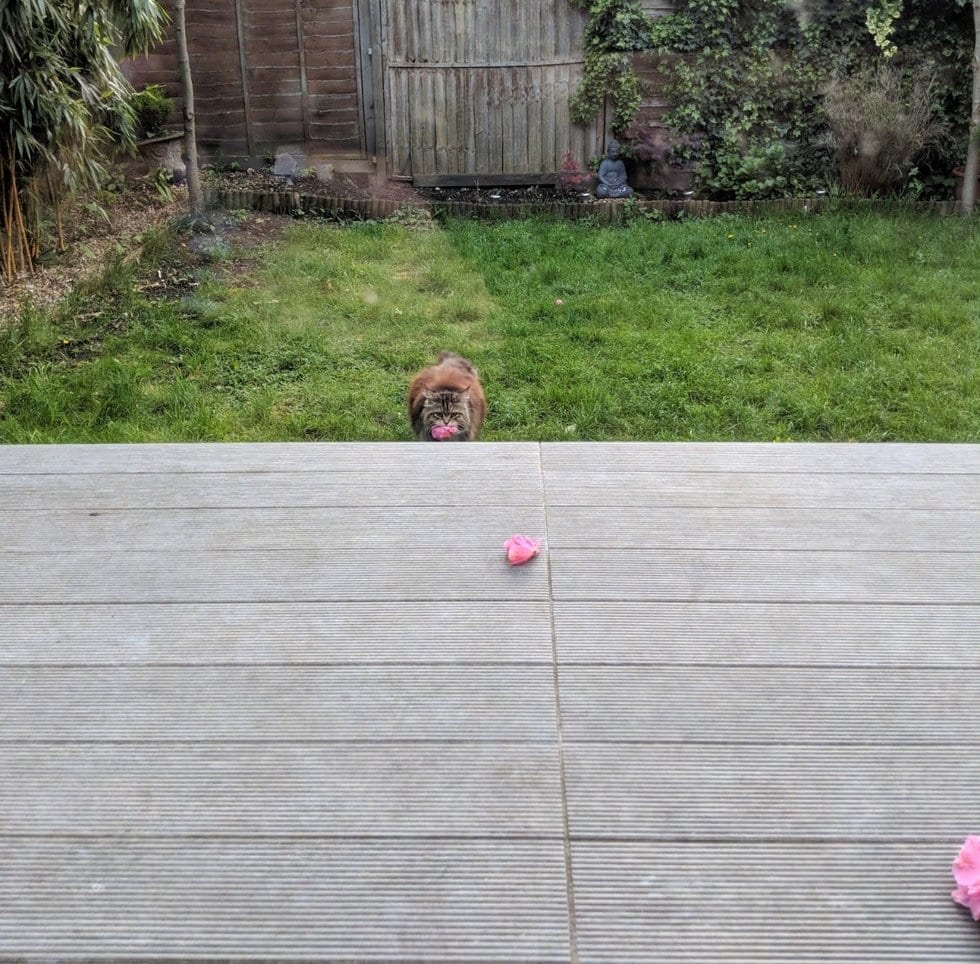 When she first moved in, Rosie met Willow long before she met her human neighbors. Willow had been sitting outside mewling. Being a lover of cats, Rosie opened the door and watched as Willow made herself at home. Soon she would discover that this was not unusual behavior for this cat.

Queen Of The Neighborhood 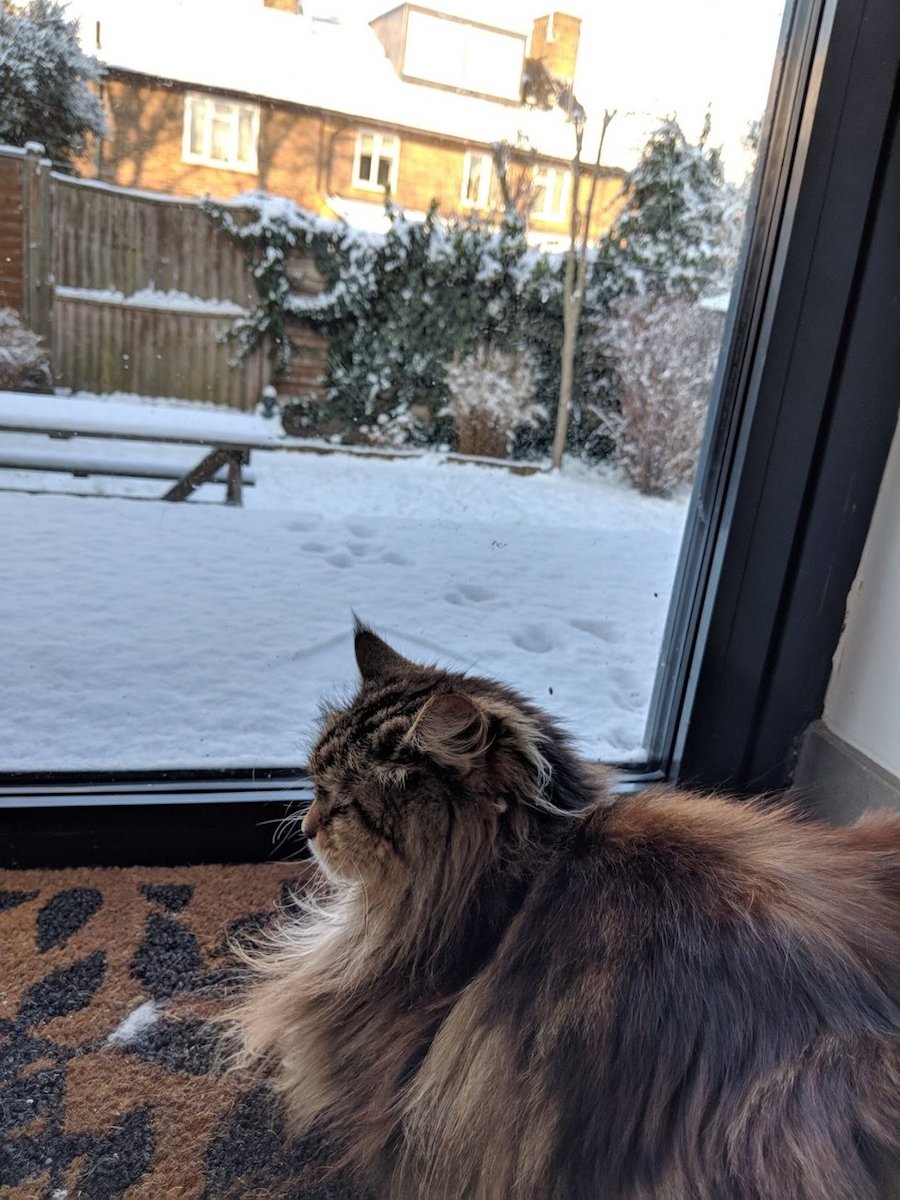 “Willow rules over about six of the gardens, and I’m pretty sure she gets fed by everyone because she’s very difficult to say no to,” explained Rosie. All the neighbors she met over time told similar stories of Willow’s behavior. 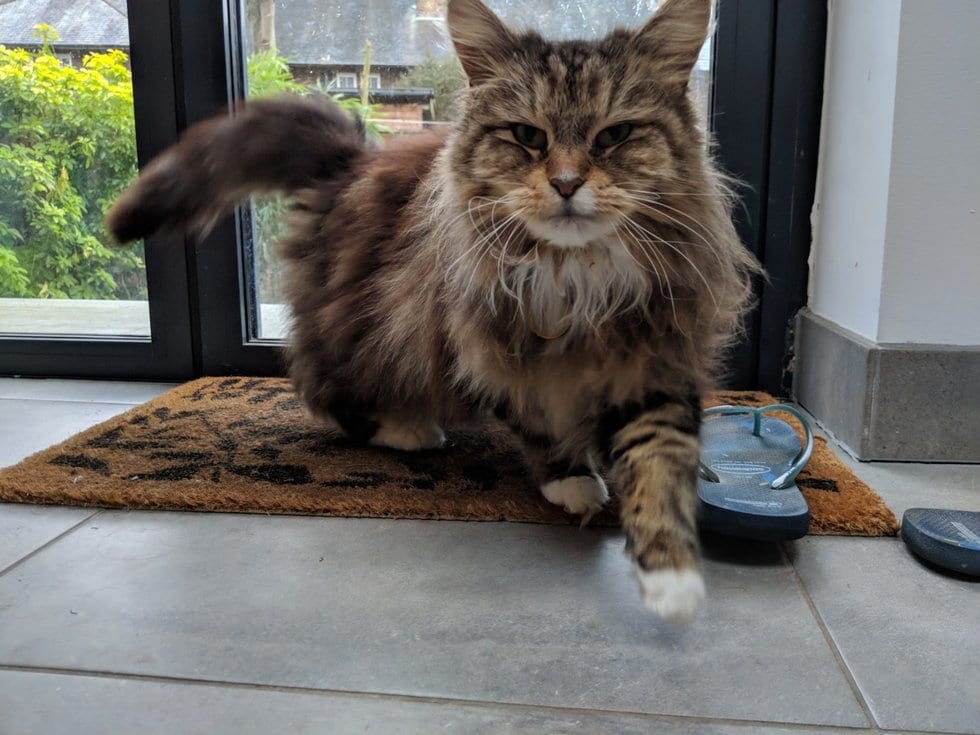 Rosie found it difficult to settle into her new life as an adult. She had spent most of her adult life as a student. She was happy in her new home and town but nevertheless, something was missing. Willow helped to fix that, however, as she had several cats during her time at Oxford. 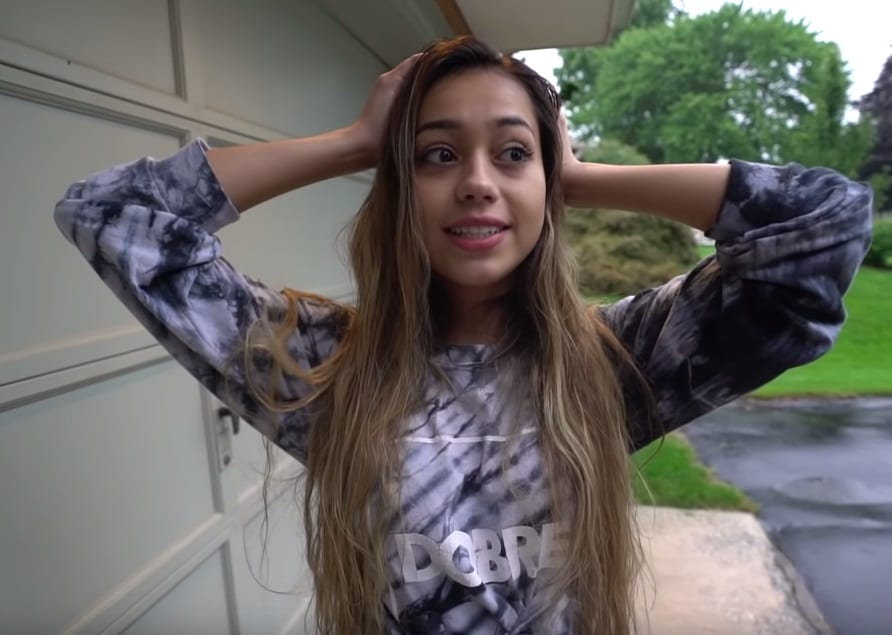 Rosie began to stock up on cat food and treats for whenever Willow decided to visit. Whenever she got a package she would save the box for willow to sit in. She and Willow soon became good friends. Apparently Willow also realized how much Rosie loved her. 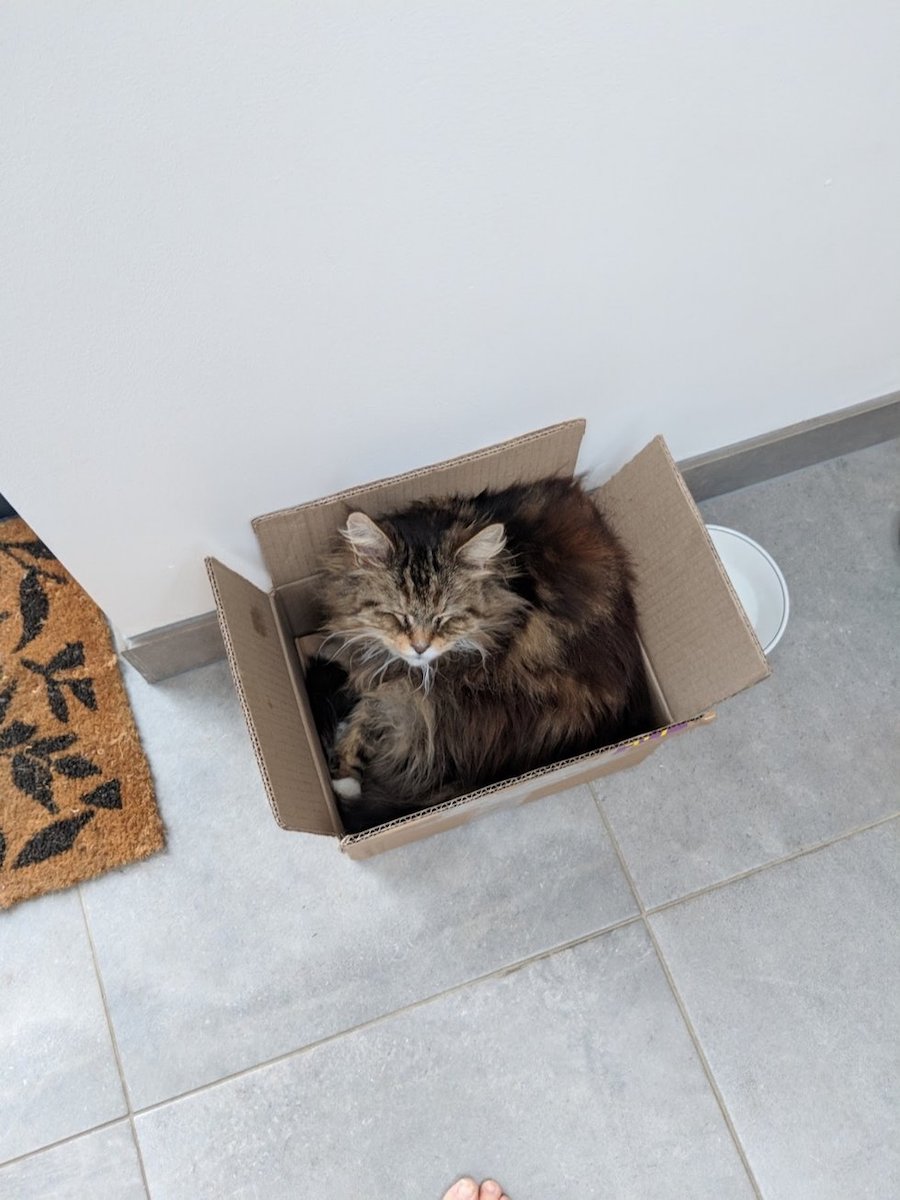 Rosie was happy to have Willow in her life even though she knew that she was just one of the many human friends Willow had. Willow was welcomed and loved in all the homes in the neighborhood. This is why Rosie started crying when she thought that Willow only brought flowers to her house. 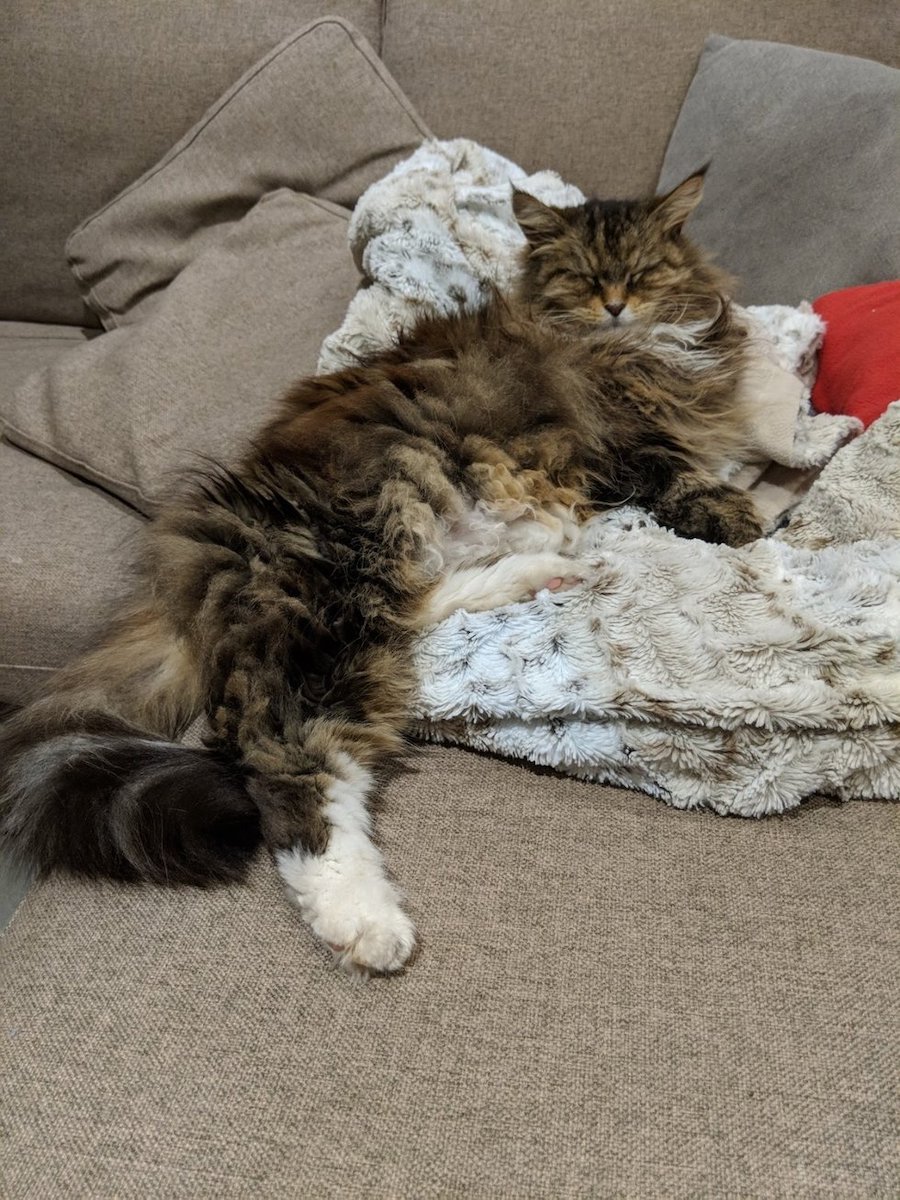 Not only did no one else receive any flowers from Willow that spring but the flowers were stolen from her owner’s own garden! “She clearly likes us because she steals flowers from [her owners] and leaves them on our deck,” Rosie explained.