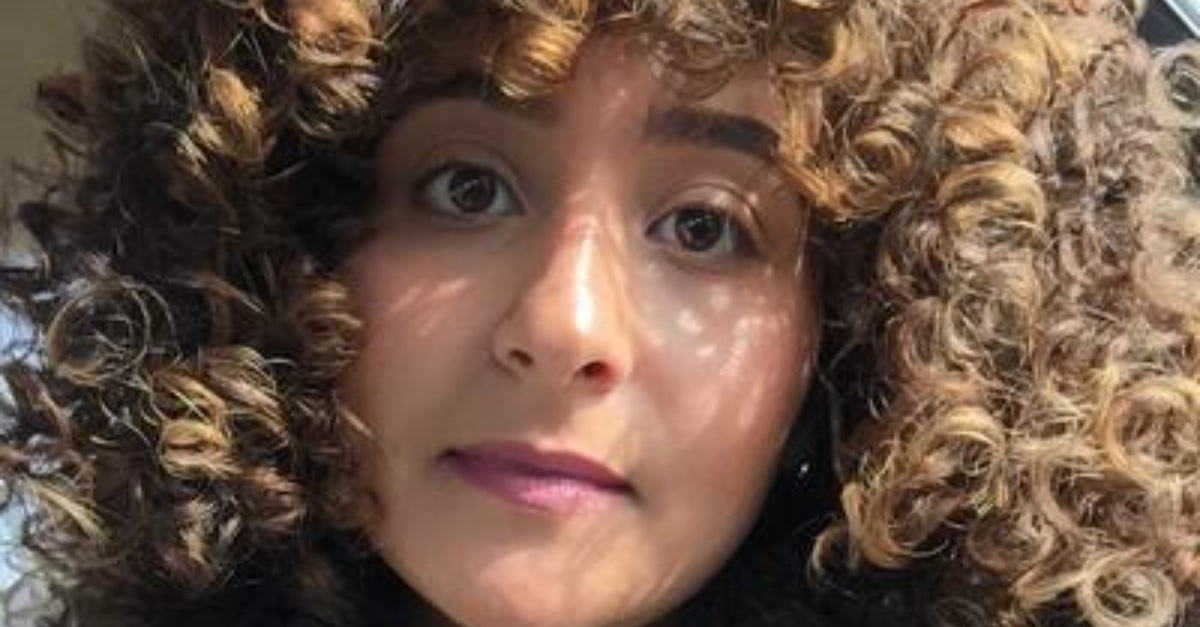 The conversation was being recorded on her phone, but nothing would be able to encapsulate the way she was feeling inside.

And, just when she thought things couldn’t get any weirder, a piece of paper materialized in her hand. She froze as she read the words from a stranger. She had to make a decision now.

More than once she had been stood up, lied to, or had to endure disastrous first-date fizzles. Still, she held out hope. It was kind of like a job interview – just gotta keep plugging away until you find one good fit.

As she applied her favorite lipstick, she listened to her “pump me up” playlist.

Thankfully, the weather was nice so her fluffy curls wouldn’t look like she had stuck her finger in a light socket by the time she reached the coffee shop. However, if she had known the truth of her coming date, she would have canceled altogether.

As she sat in a quiet corner, slowly stirring her frothy latte, he finally arrived.

Only 10 minutes late. Not too bad – at least measured by past standards. The conversation started out normally – things like a job and how crazy life had become. But when the topic turned to hobbies, that’s when the hairs on the back of her neck stood to attention.

Hadia was a huge music fan. So, when her date mentioned loving one rapper in particular, she immediately knew who he was talking about – and it filled her mouth with a sour taste.

Still, people could separate their love of music from a singer’s bad reputation. So she let it slide. The next trouble hurdle came only minutes later.

It was a name she had never heard before, but her date went on and on like it was some kind of internet god.

She patiently listened and asked a few probing questions. Each answer put an extra twist on her stomach. Something was off. But when he left to go to the bathroom, she felt the stranger beside her slide a note into her hand.

Her heart pumped with a new level of anxiety. It seemed a total stranger had confirmed her suspicions. She quickly whipped out her phone and looked up this “life guru” that her date idolized. It wasn’t good … at all.

She only had a couple more minutes to make a choice.

She could grab her bag and leave immediately. However, part of her – the stubborn part – wanted to stay and put a figurative mirror in front of the man’s face. He might have come in looking handsome, but that single tidbit of information had turned him ugly. She also started recording – for posterity.

Hadia tried to compose herself as her date returned.

The conversation immediately went back to the “guru”, but now she knew what was going on. Hadia probed with more insightful questions. Each answer left a sick feeling in her gut. Her anger was also on the rise. The hour she had spent in the shop felt like an eternity.

The Note Of Warning

But what was the note? What had the stranger behind her seen or felt that made him go as far as to poke his nose into someone else’s date?

The note was scribbled on the back of a pharmacy receipt. It read “Too many red flags. Run. Be safe girl.” He had seen the same thing Hadia had.

It didn’t take long for her entire body to scream that this guy was bad news.

However, it was the “life coach” that sealed the deal and made him a slimebag. The man in question was a life coach who encouraged men to say rude things to women. Such as “You’re only a 6. I only date 10s.”

That was just the tip of the iceberg.

“You’re Average At Best” was one title that lit a huge fire under Hadia. It was toxic thinking at its worst. There was no way she was going to change this guy, but at least she got the debate out of her system and made it clear what she thought about the guy.

The failed date left in a huff – offended that she didn’t swoon over his demeaning charms.

She leaned back with a satisfied smile and sipped the last of her coffee. But that wasn’t the only thing she was going to do. The stranger behind her had already left. However, she could still find a way to thank him.”

Hadia pulled out her phone again and headed to Twitter.

She posted the story and the note. Although she was already aware of so many red flags, she was so appreciative that someone was trying to look out for her when he didn’t have to. He was like a guardian angel.

It was no surprise that it sparked a huge debate and even larger argument, but she didn’t care. That wasn’t the point. She just wanted to say thank you. It was yet another failed date. But she was still hopeful that a great one was just around the corner.