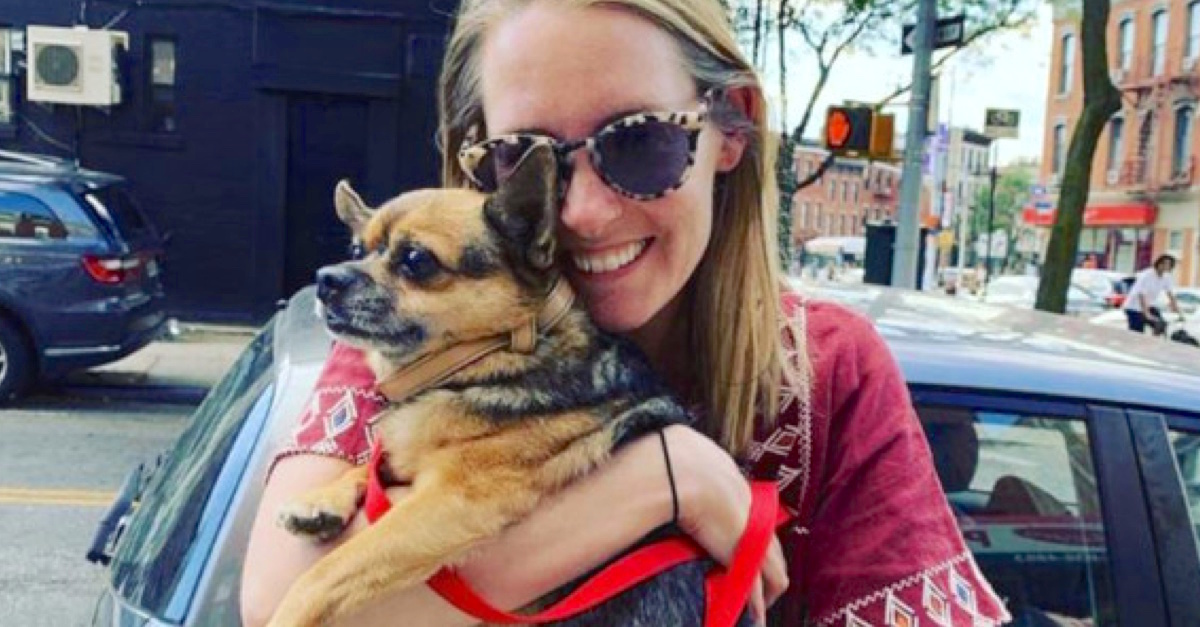 A Walk In The Park

Happily walking down the road toward the park, Jessica was enjoying the sun on her face.

She was walking her 15-year-old Chihuahua, Fidel, and enjoying their time together when the unthinkable happened.

Strolling through Brooklyn Park during the off-lead hours on a Saturday, Jessica Grey was daydreaming while Fidel lazily sniffed trees and bushes.

Both owner and dog were taken by surprise when Fidel let out a startled yelp.

Jessica snapped back to the real world in an instant and looked toward Fidel, but he was nowhere to be seen.

She spun around looking everywhere and her heart sank with fear when the reality began to sink in. Fidel was gone.

Stunned, Jessica knew that her little senior dog had not run away on his own. He had been dog-napped.

It happened so quickly that Jess didn’t even see the thief’s face. She had no idea how she would get her dog back so she called her friends for support.

Jess fell was falling apart when her friends got to her and the set up a plan of action to get her pet back where he belonged.

They did all the things you would normally do in the case of a missing dog, but would it be enough?

They taped posters to poles and trees all around the park, took to social media, and offered a reward for Fidel’s safe return.

Jess worried over him endlessly. He needed medicine every day, after all, he was not a young pup. She wondered if he was safe.

The next two days were a never-ending drive around the streets of Brooklyn hoping and praying that they would by chance or luck see Fidel somewhere.

Anywhere. But it seemed hopeless and Jess could barely console herself. Then it happened.

The story about Fidel had gone viral on the internet, it seemed everybody was looking for her dog alongside her. The more eyes, the better.

A tip came in about a possible sighting and Jess was in the car quicker than a flash. Hoping against hope.

There within moments Jess and her friend saw the unbelievable. A couple was walking Fidel down the road.

Before Jess’s friend could even stop the car she was out and running toward her lost dog. What would she do when she got to him?

Without a seconds thought Jess scooped her pup and fuelled by adrenalin sprinted back to the car.

Like a bank robber, she jumped into the getaway car and told her friend to drive. Never looking back.