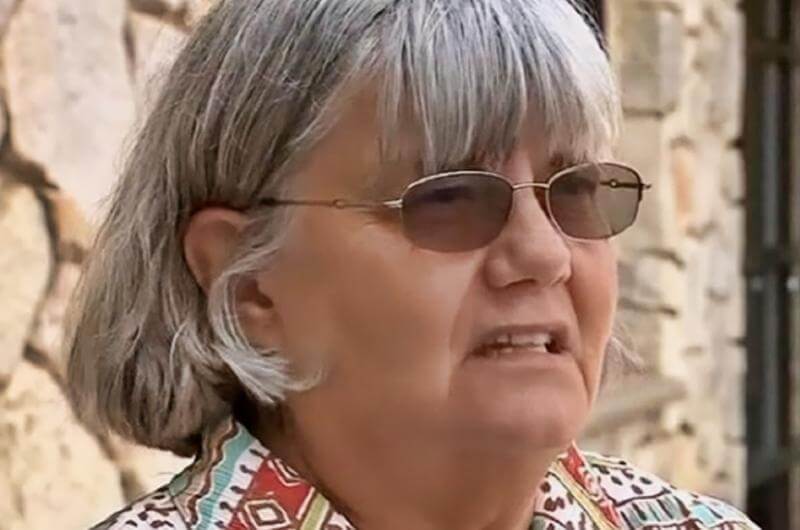 Ruth noticed that there was something strange about him. There was an odd familiarity about him and she was confused as to why she felt this way. He looked into her eyes as he took her money.

She felt bad for the long-haired stranger. She was completely unaware of who the man was that she just helped.

Ruth Reed lives a quiet life with her husband in Medford, New Jersey. She is a retired school teacher and a kind woman.

As soon as Ruth woke up she poured herself a cup of coffee. She opened the newspaper and smiled. What a beautiful day she thought. That day started like any normal day but it did not end like one.

Ruth had a beautiful marriage with her husband. They were always kind towards each other and rarely fought. Despite never having children they were satisfied with their lives.

They expressed gratitude daily and they were content with what they had. Gratitude taught them to always give to those in need. However, situations can be misrepresented at times.

Around 6 pm, Ruth went to go do her weekly shopping at the local Wawa store. Ruth frequented the store enough to know the layout of the store like the back of her hand. She also knew the majority of customers who went there.

She noticed an unfamiliar face in the store. She did not pay him much attention and continued to look for that night’s dinner ingredients.

Ruth went to go pay for her groceries and got in line. She waited patiently for her turn but saw that there was some sort of issue at the checkout counter.

She noticed the stranger from earlier and it seemed like he was having trouble paying. Being the kind person she was, her heart empathized with him right away. But it wasn’t as she had imagined.

“It looked like he was using a card and it didn’t go through,” Ruth said with tears filling her eyes. “And then he asked a young lady for five dollars and I thought, ‘this is it. So I said, ‘No, I’ll get it.’”

Ruth knew that this opportunity called for her to be generous because if she were in that position, she would want someone to treat her with kindness too. This was her moment to be kind, but for the stranger, it was something entirely different.

Ruth rushed to the front of the line holding money in her hand. “Here, I’ll help you”, she said with a smile on her face. The man looked at her confused by her kindness. She placed the money in his hand. “If we don’t help each other out in hard times, what are we all here for”, Ruth said to the stranger.

Even the coldest of hearts would have been warmed by this act, but this man’s response was far from usual.

His arms were tattooed from top to bottom, and his long, fair hair was unkempt as he peered out from beneath it. He was dressed in a black shirt. He didn’t appear to be from the area, but that didn’t bother Ruth. She knew she had to help him.

“We decided when we saw military people we would treat them at Wawa or Dunkin Donuts or whatever,” Ruth said, smiling. “It’s our way to thank them for their service”. However, the stranger in the supermarket did not strike Ruth as a man from the military.

The man looked relieved as he thanked her. As she looked at him again, Ruth noticed that there was something familiar about him.

They talked for a little more and Ruth spent the time trying to figure out why his face looked so familiar. Everything made sense when he made introduced himself as Keith.

He could not possibly be who Ruth thought he was. Why would someone like him be doing grocery shopping at her local store? She was mistaken, however…

Ruth tried to convince herself that the man she just helped was not the celebrity she thought he was. “By the way, has anyone ever told you that you look like Keith Urban?”, Ruth jokingly asked.

The man looked at her with amusement, “I am Keith Urban”. Ruth looked confused. Then she saw something very odd.

As she looked around them, she noticed several men close by watching them. Her heart started to pound as she realized what was happening. They were his bodyguards. It was Keith Urban!

The beloved country music legend was standing right in front of her. But what was he doing there?

Once Ruth realized that the man was who he said he was, she was stunned – and not just because he was who he claimed to be, but because he is a huge superstar!

Keith Urban is an incredibly successful country music star – he’s released a lot of chart-topping singles throughout his career.

The legendary country singer usually spends his time in Australia and New Zealand, but that hasn’t prevented him from becoming a superstar in the United States.

And he’s not just famous because of his music, he’s also married to the bombshell Australian actress Nicole Kidman. But, although Keith Urban is worth millions, all his wealth didn’t help him much that day. Ruth was lost for words.

“I just fell apart,” Ruth admitted. “And he was gracious.” Ruth was not only shocked to find out she was casually talking to Keith Urban but she was also embarrassed that she didn’t recognize him and took him for a person in need.

She even doubted his identity straight to his face! But what did Keith think of it?

Ruth said Keith was very gracious and laughed when she realized that he wasn’t lying. He must have found it all quite amusing. After all, being the megastar that he is, it must be seldom that he goes unrecognized and even mistaken for someone down on their luck.

Keith, thankfully, wasn’t offended at all. He was so grateful for Ruth’s kindness that he wanted to do something in return.

Trying To Repay Her

While Keith was willing to repay Ruth for her kindness, she was still adamant that she didn’t want anything in return.

She told him that she had chosen to live her life by grabbing any opportunity she could to make someone else’s day a bit brighter. But, there was one thing she wanted from the celebrity – and it wasn’t money.

It had been difficult for Ruth to believe she was speaking to Keith Urban, why would anyone else believe her? She wanted to get some proof to show her friends that all of it had happened.

Ruth and Keith posed together outside the Wawa for the photo that was about to go insanely viral!

Ruth posted the photo on her social media accounts, and her post quickly gained attention because of their amusing exchange. Ruth soon became a headline on many US newspapers where people couldn’t get enough of her story.

It wasn’t long after that Ruth was booked for dozens of interviews. The story even reached Keith Urban’s home country of Australia, where it was featured on The Kyle & Jackie O radio show.

Ruth also gained so much admiration for her giving attitude and acts of kindness that she and her husband so adamantly keep. Viewers, reporters, social media users, and the owners of the Wawa store were seriously impressed with her generosity.

Ruth is a shining example of good Karma, and now she was about to get some back.

Ruth became a local celebrity in her hometown after her adorable story went viral – people couldn’t get over her generous heart. The Medford Wawa even held a “Free Coffee Day” in honor of Ruth’s kindness.

The store put up a sign with Ruth’s photo that read: “We’re celebrating Ruth who goes above and beyond to treat fellow Wawa customers. Thank you for all the days you’ve brightened.” But that wasn’t all.

Just a few days after Ruth’s story went viral, she got a tweet from Mastercard. The credit card company wanted to do something to help her fund her weekly resolution to help someone out.

“Ruth your next 52 acts of kindness are on us. We’d love to send you a year’s supply of prepaid Mastercards! Let’s connect!”

Although Ruth’s Facebook posts are set to private, Olivia Prouse, a former student of hers, shared the story so others could see how awesome her former teacher is.

Ruth’s act of kindness was so well received on social media that it has inspired others to pay it forward – and it’s sparked a lot of positivity, too.

Calling Her A Hero

One Twitter user wrote: “Ruth Reed is an unsung everyday hero and if not for an encounter with Keith Urban would be living the life of a good person helping others in need in anonymity.”

“The BEST part of this story is Ruth Reed & her husband’s kindness. We need to spotlight THESE people because…. #ThisIsAmerica” wrote another.

Country musician Carly Tefft heard Ruth’s story and even wrote a song about it! But what did Keith think?

Although Keith Urban didn’t mention Ruth on his social media accounts, he did post a video after his concert in Camden – which is where he had been heading when he stopped at the Wawa. All he said was that he’d had a “great time” there. Nevertheless, Ruth is an inspiration for us all.