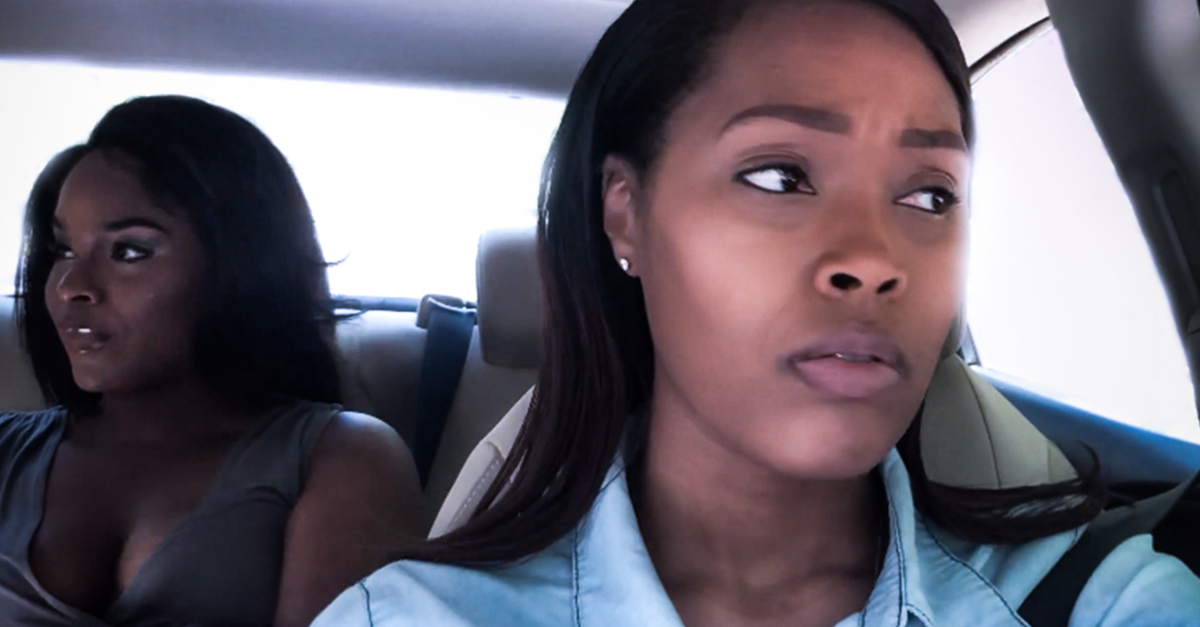 When she saw her boyfriend’s car, she could only grip the wheel tighter. But, while she was trying to wrap her head around it all, the man himself appeared.

It took a few seconds for him to register who she was, but when he did, all hell broke loose. He started to run, but he wasn’t fast enough. Breanne leaped out of the car to deliver a special brand of swift, painful justice.

Breanne had been with her boyfriend for quite a while and she was ecstatic with the way things were going. It had been love at first sight – for both of them. After a chance encounter, the couple started dating. Now they were inseparable.

Calvin was kind, loving, and committed – the kind of man Bre wanted to bring home to her mother and settle down with. Or so she thought.

Bre and Calvin’s relationship was not perfect, though. The main issue was that they had little time to spend together because they were both focused on their careers. Calvin worked hard to climb the corporate ladder, and Bre was always juggling several jobs.

Although they didn’t have a lot of time to spend together, the couple made it work while Bre tried to find a way to free up more time for her boyfriend.

Despite the lack of free time to spend with one another, Bre and Calvin’s relationship continued to flourish. Everything was going well… until Calvin received a phone call.

Calvin’s mother had been ill for some time, but now things had taken a bad turn. Calvin was devastated by the news and immediately booked a flight to New York to see his mother – possibly for the last time. Bre was heartbroken for him and resolved to support him any way she could.

Although Bre was starting a new job as an Uber driver the next day, she stayed up all night comforting her boyfriend. And when morning rolled around, she was there to see him off.

She kissed him goodbye at the door and they both drove off in separate directions – Calvin to the airport and Bre to her new job. Neither of them knew just what the day had in store.

As soon as Calvin’s car was out of sight, Bre began to miss him. Wiping the tears from her eyes, she decided that she would fill up all her hours with work to take her mind off him.

Suddenly, her phone beeped. It was her first passenger. And, strangely enough, she was requesting a ride from the airport. Bre picked the woman up, oblivious to the horrible shock that awaited her.

With the woman’s destination already set by the navigation system, Bre began to drive. Her passenger was very talkative, excitedly explaining that she was from out of town and that she was here to visit her boyfriend.

Bre’s heart dropped as she began to miss Calvin again. She was deep in thought when they reached their destination.

The destination was an apartment complex – one that Bre was all too familiar with. But the woman didn’t know the exact apartment number, so she called her boyfriend to confirm it.

As Bre drove through the gates, she couldn’t help but feel uneasy. What were the chances that the woman’s boyfriend lived in the same apartment complex as Calvin?

Bre and her passenger began counting down the building numbers until, finally, they had reached the right one. Bre was stunned to see it was the same apartment building that Calvin lived in – the very one she had left this morning.

Bre looked over at the parking spaces in front of the building and saw something that made her blood run cold. She slammed on the brakes and took a closer look.

Bre’s worst fears were realized as she read the car’s number plate. There was no doubt what was going on now.

She took a deep breath and counted to five. Not wanting to cause a scene, she decided to confront Calvin after the passenger had left. But the passenger’s next words made her snap.

“I think this is it right here,” the woman squealed, “this is his car!” It was all over now.

Bre’s stomach plummeted, then she stiffened as the adrenaline rushed through her body. She gripped the steering wheel, digging her nails into it until her knuckles turned white. They were both waiting for Calvin to make his appearance, but for different reasons.

He had been cheating on her with the woman who was sitting right next to her. And Bre was livid.

Bre looked right in his lying face. It took a few moments for him to register that she was there, but when he did, his smile fell. Now, he looked like a frightened deer. And Bre was going to eat him alive.

He started to run, but he wasn’t quick enough. Bre leaped out of the car.

As explained by Bre, “His a** come out the house ready to assist with luggage AND THE DEVIL ROSE UP OUT OF ME LIKE ARE YOU DEAD A** RIGHT NOW he runs”.

Before he could reach the safety of his apartment, Bre was on him. She pummelled him with her fists as hard as she could. She delivered blow after blow, but suddenly, there was a hand on her arm.