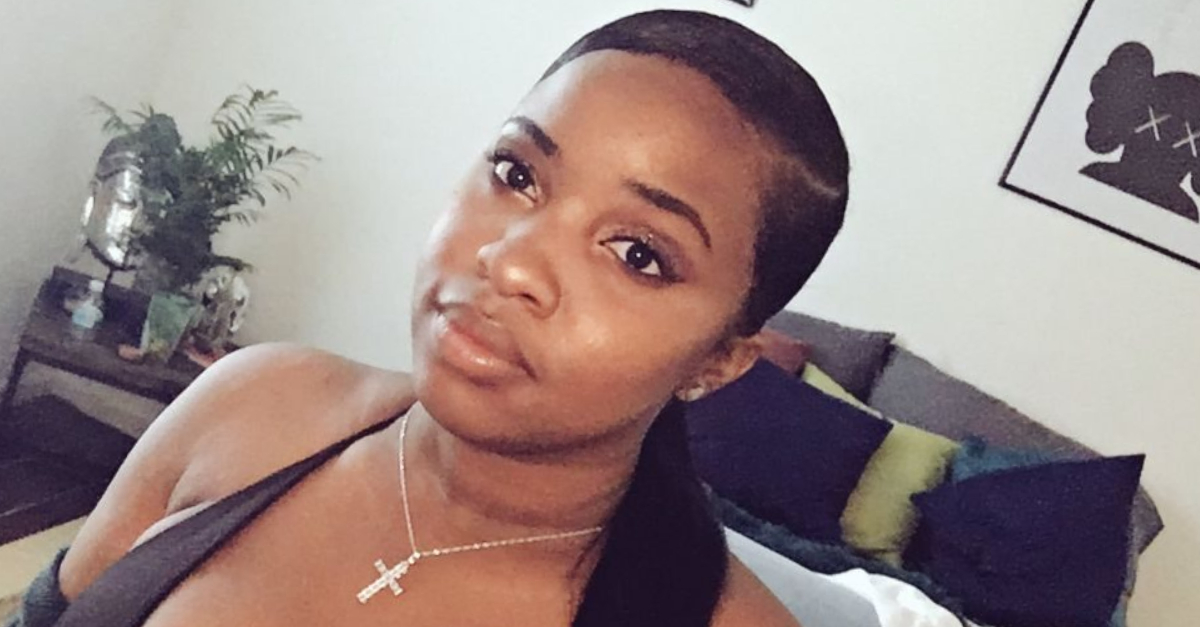 Her eyebrows furrowed when she checked the destination on her map again. She stared at her phone, not understanding what she was seeing. She asked the girl what she was doing in town.

Smiling in the backseat, the lady explained she was visiting her boyfriend. She hadn’t seen him in a while. But why were they heading straight for that particular apartment?

Alicia McIntyre lived a good life with her boyfriend, Liam. Fresh out of college, the couple had dated since Alicia was in her sophomore year.

They had experienced many things together. If anyone asked Alicia who she saw herself getting old with, she consistently named Liam. Even though she didn’t know it, something would test her beliefs.

Alicia had been with her boyfriend for quite a while and she was ecstatic with the way things were going. It had been love at first sight – for both of them. After a chance encounter, the couple started dating. Now they were inseparable.

Liam was kind, loving, and committed – the kind of man she wanted to bring home to her mother and settle down with. Or so she thought.

Alicia and Liam’s relationship was not perfect, though. The main issue was that they had little time to spend together because they were both focused on their careers. Liam worked hard to climb the corporate ladder, and Alicia was always juggling several jobs.

Although they didn’t have a lot of time to spend together, the couple made it work while Alicia tried to find a way to free up more time for her boyfriend.

Alicia and Liam lived in Jersey City in two separate apartments across the city. But life after college wasn’t easy.

Once Alicia got a few months under her belt as a graduate, her parents cut back on her upkeep allowance. To survive, she decided to become an Uber driver. Her job would help her see Liam for who he was.

Despite the lack of free time to spend with one another, Alicia and Liam’s relationship continued to flourish. Everything was going well… until Liam received a phone call.

Liam’s mother had been ill for some time, but now things had taken a bad turn. Liam was devastated by the news and immediately booked a flight to New York to see his mother – possibly for the last time. Alicia was heartbroken for him and resolved to support him any way she could.

Although Alicia was starting a new job as an Uber driver the next day, she stayed up all night comforting her boyfriend. Morning rolled around, and she was there to see him off.

She kissed him goodbye at the door and they both drove off in separate directions – Liam to the airport and Alicia to her new job. Neither of them knew just what the day had in store.

As soon as Liam’s car was out of sight, Alicia began to miss him. Wiping the tears from her eyes, she decided that she would fill up all her hours with work to take her mind off him.

She was oblivious to the horrible shock that awaited her – with her first passenger, on the first day of her new job.

Alicia sat in the driver’s seat. She’d parked outside the airport where business boomed despite the time of day. Her phone pinged, and she snatched it up.

A passenger wanted a ride into the city. Knowing this was an excellent start to the day, Alicia accepted the request and quickly turned her car around.

The lady Alicia picked was beautiful and composed. Alicia helped her with her luggage, and after a few pleasantries, kicked the car into drive.

“What brings you to our little city?” Alicia asked, breaking the ice. The girl smiled, “Someone special.” Her answer pulled Alicia’s lips into a bow, making her do something she rarely did with strangers in her car.

With the woman’s destination already set by the navigation system, Alicia began to drive. Her passenger was very talkative, excitedly explaining that she was from out of town and that she was here to visit her boyfriend.

Alicia’s heart dropped as she began to miss Liam again. She was deep in thought when her passenger asked if she could play some music.

The Beauty Of Jersey City

Alicia passed the girl, who’d introduced herself as Tracy, her car’s aux cord. Tracy jacked her phone in and selected a romantic playlist.

The songs dug deep into Alicia, reminding her once again of Liam. “I haven’t seen my man in a long time. I miss him,” Tracy said, pulling Alicia out of her thoughts. “Mine’s out of town. I miss him too,” Alicia answered. Although it was nice to relate on this level, something felt odd.

The route Alicia took was leading her to her boyfriend’s neighborhood. She looked out the window, seeing familiar landmarks around them.

Did she unconsciously take the wrong turn because of how much she missed Liam? When picking up Tracy, she’d only glanced at the destination on her phone. She rechecked it now, and her jaw dropped.

Did I Make A Mistake?

Alicia plucked her phone from the phone holder and refreshed the page. What would Tracy say when she found out Alicia had taken her down the wrong route?

Alicia could not let her five-star streak suffer any blemishes. She restarted her phone, feigning calmness. She glanced at the rearview mirror to see if Tracy knew what was happening. What she saw made her brows draw together.

The Music Takes Over

Tracy was bobbing her head to the music. She was either unaware of what was happening or sure of the route they were taking.

Alicia checked her phone after it restarted and saw she was indeed on the right path. She smiled nervously, hoping they weren’t lost. But when she double-checked Tracy’s destination, she almost stopped the car.

The destination was an apartment complex – one that Alicia was all too familiar with. But the woman didn’t know the exact apartment number, so she called her boyfriend to confirm it.

As Alicia drove up to the gates, she couldn’t help but feel uneasy. What were the chances that the woman’s boyfriend lived in the same apartment complex as Liam?

What are the odds? Alicia grinned to herself. She wished Liam was home so they could talk, even if it was for a minute.

She decided she would call Liam immediately after dropping Tracy at her destination. The gates to the apartments slid open, and as they were driving by the flats, Tracy mentioned something that snared Alicia’s attention.

Alicia and her passenger began counting down the building numbers until, finally, they had reached the right one. Alicia was stunned to see it was even the same apartment building that Liam lived in in the complex – the very one she had left early this morning.

Alicia could see the car. The only problem was that it couldn’t have been Tracy’s boyfriend’s car because it belonged to Liam. But that’s not what shocked her the most.

Alicia looked over at the parking spaces in front of the building and saw something that made her blood run cold. She slammed on the brakes and took a closer look.

Alicia’s worst fears were realized as she read the car’s number plate. There was no doubt what was going on now.

She took a deep breath and counted to five. Not wanting to cause a scene, she decided to confront Liam after the passenger had left. But what she saw next made her snap.

After they parted ways in the early hours of the morning, Liam had driven off to New York to see his sick mother. He was to spend his night in the hospital.

But as Alicia grappled with the reality of things, Liam strolled out of the door. He was smiling at Tracy, waving as he hurried over. Then he looked closely and saw Alicia.

Alicia’s stomach plummeted, then she stiffened as the adrenaline rushed through her body. She gripped the steering wheel, digging her nails into it until her knuckles turned white.

They were both waiting for Liam to make his appearance, but for different reasons. Liam took a step back, shaking his head in disbelief. Alicia was trembling behind the wheel, her foot half an inch above the gas pedal.

She hurled her door open and rushed to him, needing an explanation for what was happening. She caught Liam running away and yanked him to a stop.

Alicia looked right in his lying face. It took a few moments for him to register that she was there, but when he did, his smile fell.

Now, he looked like a frightened deer. And Alicia was going to eat him alive. He started to run, but he wasn’t quick enough. Alicia leaped out of the car to deliver a special brand of swift, painful justice.

As explained by Alicia, “He came out the house ready to assist with luggage AND THE DEVIL ROSE UP OUT OF ME LIKE ARE YOU DEAD RIGHT NOW and… he runs”.

Before he could reach the safety of his apartment, Alicia was on him. She pummelled him with her fists as hard as she could. “Why, Liam?” she cried. But suddenly, there was a hand on her arm.

How Could He Do This?

“Because you work too hard,” Liam told Alicia. But his voice went low when he said, “And you forget stuff, Alicia.” “You forget a lot,” Tracy said behind them, and Alicia snarled.

Alicia’s teeth ground. Her fists balled, and she whirled around to face Tracy. What she found made her step back with a gasp.

“My cousin says you forget even your birthday,” Tracy said, a wrapped present in her arms. She jutted her chin at Liam and added, “He wanted to surprise you, even called me. And I’m the last person he calls.”

Alicia’s blood ran cold and her face flushed when she finally realized what was actually going on.

You see, Liam was quite a prankster. That’s what she loved about him. He was always trying to “get her,” but he hadn’t succeeded yet. This time, he’d gotten her good.

He’d concocted an elaborate scenario just to surprise her on her birthday. “But, your mom!” Alicia gasped. “She’s fine,” Liam said with a wink.

Suddenly, all of Alicia’s friends sprang out of nowhere, screaming ‘surprise’ as they showered her with confetti. Her heart thundered within her chest, and her breath hitched.

Although she could still feel the adrenaline rushing through her body, She knew she’d made a terrible, terrible mistake. Liam came and hugged her. “Happy birthday, my love,” he whispered.