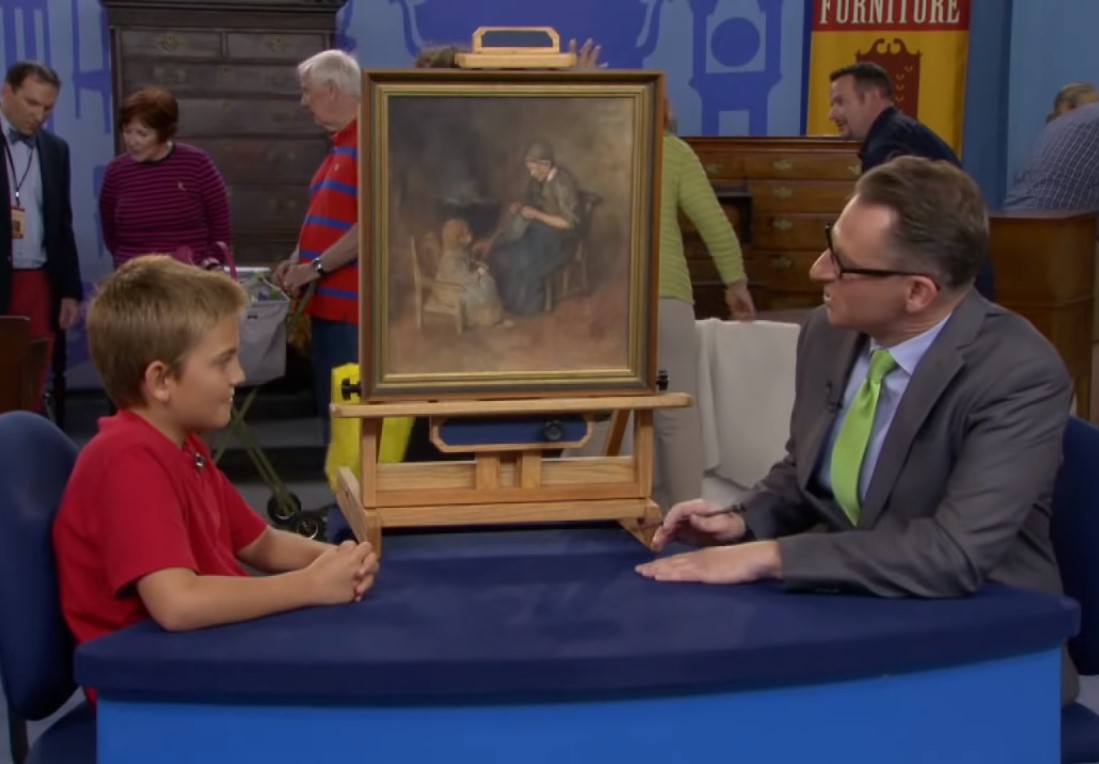 One man’s trash is another man’s treasure, or so the saying goes. A young boy with a keen eye for the arts found himself in a remarkable situation.

And all from the simple purchase of a $2 painting.

The 10-year-old boy began by explaining how he enjoyed visiting local auctions and buying old things to sell for a profit! He would go with his father to thrift stores and sift through anything that caught his eye.

“My favorite thing I have found is a big sterling silver tray,” he told David before continuing.

Thomas was insistent on purchasing the painting, Whilst his father didn’t think that this piece was worth buying. “My dad didn’t want to stay but I did so we were waiting around for an hour.”

They waited in the blistering heat that day to pay a mere $2 for the painting. Would he prove his father wrong?

Using his brains and keen eye that he will surely use for business dealings in years to come, Thomas found himself declaring his love for glass, sterling silver, and The Arts to the professional auctioneer.

David Weiss, at the Antiques Roadshow was the man that would ultimately divulge the truth about the item.

David Weiss has been in the auction field since 1988 and is a specialist in paintings, prints, sculptures, and oriental rugs — the perfect person to tell young Thomas everything he needed to know.

With his expertise in evaluating paintings, what would David have to say about the $2 piece?

The examining process by Weiss determined that the painting dated back to the late 19th century, to one of the most well known Dutch artists of the era.

Artists typically favored scenes of women sitting with one or two children showing family life, David explained. But was it worth anything?

Weiss told of the preferred medium being watercolor for the style of the time and that the artist was Albert Neuhuys, born in 1844. He was amazed when Thomas mentioned that he had thought it was a watercolor.

So how much did Thomas really know? Or was he keeping some secrets up his sleeve?

A Shot In The Dark

He said, “I thought it was a watercolor but I couldn’t tell because of the UV glass.” When prompted Thomas guessed that his painting may be worth $150, Weiss assured him that the painting was worth more.

But how much more exactly?

Upon hearing the jaw-dropping value of the painting the boy was unable to hide his surprise and joy.

At that moment he blurted out “I think I’m going to be rich,” eyes wide at the thought of it.

Proving his father wrong, the youngest art dealer Weiss had ever seen had managed to get his hands on a painting worth a staggering $1,500.

“If you keep buying things like this, you will be rich.” David Weiss complimented. “You got a headstart!”