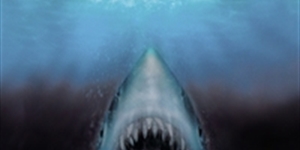 The 1970s was just about the best decade American filmgoers ever did see. Just think about it. The amount of game-changing, still-potent films released by the Hollywood machine in this era remains unchallenged, with just about every genre producing its own landmarks. Indeed, the era that gave us Don Corleone, Luke Skywalker, Dirty Harry, Rocky Balboa and R.P. McMurphy, to name just a few, is tough to pare down to five essential films. But here is the best possible estimate.

The film that beat Star Wars for Best Picture, this intelligent comedy about love, sex and relationships is one of the greatest windows on the time period we have. Woody Allen’s masterpiece struck critics and audiences by employing many then-unconventional methods for the genre, such as non-linear storytelling, breaking the fourth wall, and bits of fantastical whimsy, such as Allen conjuring Marhsall MacLuhan from thin air to shut up a loudmouth in a movie line. In addition to the movie becoming Allen’s greatest hit (adjusted for inflation) and claiming a place as one of the all-time great film comedies, Diane Keaton’s freewheeling and bubbly Annie Hall became a late 70s fashion symbol, thanks to the inclusion of Keaton’s own actual distinctive wardrobe.

Not just the start of one of the biggest franchises in film history, but the genesis of an unstoppable pop culture juggernaut. When the original Star Wars (or Episode IV: A New Hope, happy, nerds?) flick was released it was a defining moment for special effects in movies, an experience that rocketed audiences to outer space with a level of detail, variety and imagination never before seen in a Hollywood science-fiction feature. A space opera owing to the old Flash Gordon/ Buck Rogers serials, with a dash of western and fairy tale influences thrown in for good measure, the movie introduced some of the most beloved and inspired characters of the American canon, with names like Darth Vader and Han Solo. Star Wars has a wide appeal that never fades, and sweeping, adventurous spirit that helped it out-gross previous record holder Jaws as the biggest domestic earner of all time.

This masterfully made blockbuster by Steven Spielberg, based on a novel of the same name by Peter Benchley, is another clear instance of everything gone terribly right in front of and behind the camera. This tale of a gigantic great white shark terrorizing a resort town until three brave men (Roy Scheider, Richard Dreyfuss and Robert Shaw) take it upon themselves to put it down for good, Jaws succeeds by marrying intelligent filmmaking and true to life (yes, even Quint) characters with horrific gore and thrilling action spectacle. Years later, its still not hard to see how it became the biggest hit in history at the time. Truly, a film that ends with the exploding of a giant shark should be anyone’s definition of must-see, in any era. The music used in the film used to herald the appearance of its vicious antagonist was composed by John Williams and became one of the all-time renowned and classic themes of cinema.

A beautifully realized period film, like The Godfather, that paints a morose portrait of influence, corruption and sordid family histories, also like The Godfather, but other than those common points, can almost be looked at as a kind of reverse side of that film. In The Godfather we are focusing on Al Pacino’s Michael, an idealistic character who gradually loses his soul via increasing involvement with his father’s criminal empire, while Jack Nicholson’s J.J. Gittes starts his film out as a shady, indifferent man, only to rediscover some of his humanity by the end, shaken by the horror he’s witnessed. This tragic neo noir by Roman Polanski was the perfect picture of disillusionment for the Watergate Era, and boasts unforgettable performances from Nicholson, Faye Dunaway and John Huston as a charming yet revolting and frightening villain.

So much has been said and written about Coppola’s mob classics, and you better believe much, much, more will be for countless years to come. Adapted quite closely from Mario Puzo’s 1969 bestseller, The Godfather and its immediate sequel, are, much like The Beatles, things we cannot possibly overrate or overvalue, no matter how much some clueless knob insists that we are. More than great crime/gangster films, they’re true examples of film firing on all cylinders, the scripts score, cinematography, editing, direction and acting are all in a league of their own. When one is late in seeing them, they can often be heard to remark that they’re “just like every other mob movie they’ve ever seen.” You tell them the truth — “No, every other mob movie is just trying to be The Godfather”.

One Flew Over The Cuckoo’s Nest (1975) – Jack Nicholson’s troublemaking R.P. McMurphy shows some mental patients how to really get crazy in this one of a kind film from Milos Forman that swept all five major Oscars (Best Actor, Actress, Director, Screenplay and Picture).

The Sting (1973) – A handsome, jaunty crime caper that stars Paul Newman and Robert Redford as two 1930s Chicago con-men looking to get even with a vindictive mob boss, all to an unbeatable ragtime score. The Sting reigned as Best Picture between the two Godfather flicks.

Texas Chainsaw Massacre (1972)- This phenomenal slasher–film progenitor shocked and frightened a generation with its brutal, low budget, yet authentic violence and creepy family of flesh-eating (yet non-dead) killers.

Also great and influential, in no particular order, are Alien (1979), A Clockwork Orange (1971), Saturday Night Fever (1977), The Mack (1973), Apocalypse Now (1979), and Marathon Man (1976). And probably about ten other films, whose lack of visibility in this article many of you will protest angrily. Blame the 70s for being so great. You are allowed to make your own list, after all.