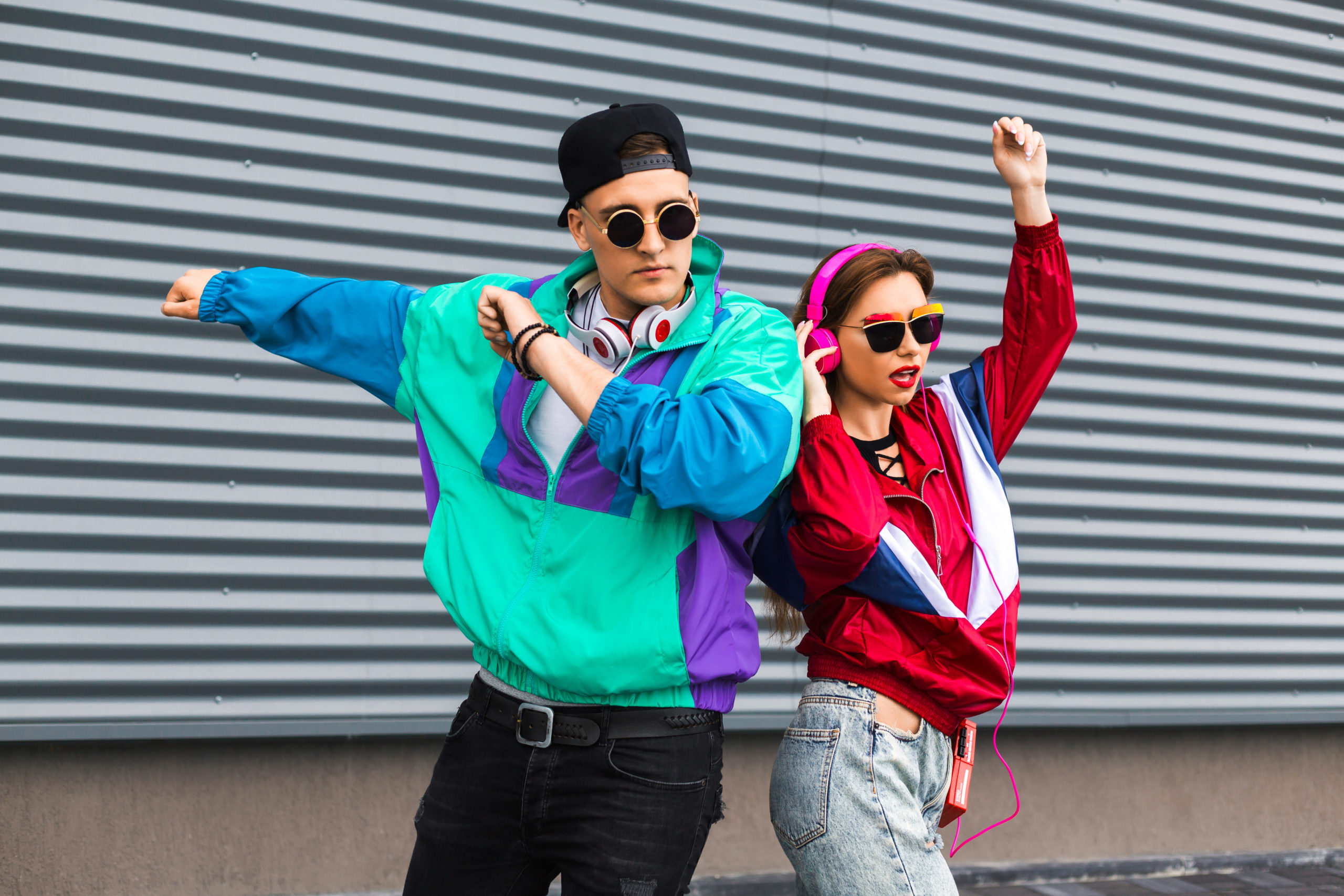 The 90s era is known for grunge rock, Nintendo Game Boys and big old boom boxes. While plenty of things are memorable, some are easily forgettable—starting with fashion. Many decades have high points in the fashion world that revive every other decade or so. This isn’t likely to happen with anything from the ’90s. Read through these top five fashion mistakes—trends, that is—to see if you had style back in the day.

Whether or not you owned a bike wasn’t a concern in the early ’90s. Suddenly everyone was wearing bicycle shorts that were originally designed to be snug-fitting attire for cyclists. But fashion designers took the shorts and made them out of a slew of graphic fabrics—the brighter, tighter and shinier the shorts, the greater your sense of fashion. Sure, you can wear cycling shorts in the 2000s, but you better actually be getting on a bike. Otherwise, you may get some strange looks.

The infamous jelly shoes originally came out in the 1980s, but by the end of the 90s era, they were back with a bang. Fully plastic, fully shiny and often covered in glitter, it’s questionable as to why jelly shoes were such a big hit with the ladies. After all, they offered no support, no traction and unless you wore a suit made of plastic, they surely didn’t match your outfit either.

In 1991, Generra Sportswear Company came out with an innovative temperature-sensitive material that actually changed colors when you touched it. If you wore the colorful shirt, your friends could come up and leave hand prints on your back. Because heat made the material turn a lighter color, at times the shirt almost looked like it had bleach stains. How was this a hot look? The trend didn’t last long. By the end of the year, they were a has-been.

Overalls gained popularity in the mid-’90s because, apparently, everyone dreamed of looking like they’d just stepped off a farm. The only thing you were missing was a bucket of milk and a bundle of hay. Nothing is flattering about a pair of jeans with a bib attached. To show a bit of edginess, some ’90s fashionistas only buckled up one strap and left the other strap dangling behind. Thankfully, this trend faded away as the 2000s approached.