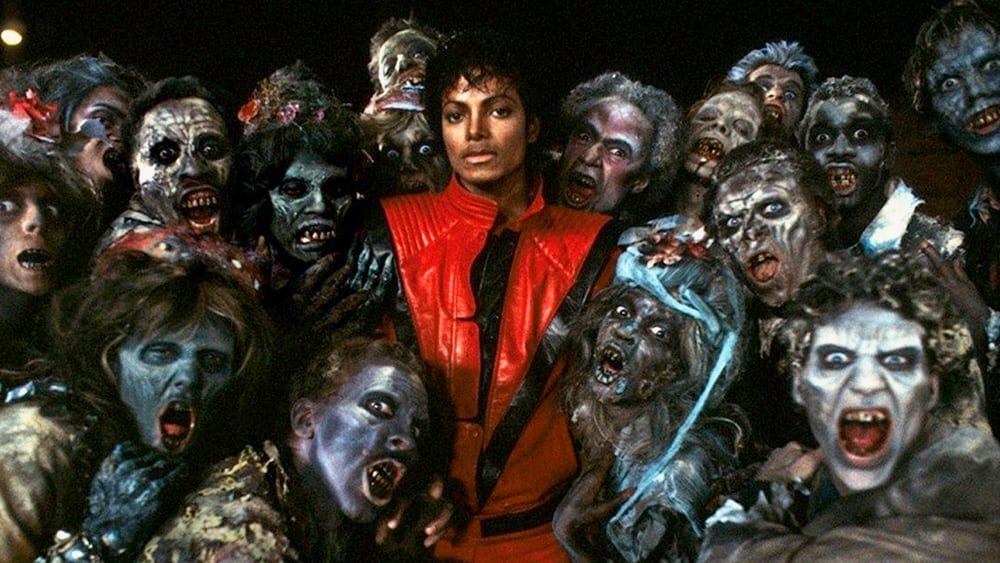 Like Christmas, Halloween is a holiday with its own set of themed music. Most of the popular Halloween songs are tied to scary movies or videos, or inspired by classic scary films. Yet instead of being scary itself, a successful Halloween song needs to be fun, nostalgic and catchy.

Here are Top 5 popular Halloween songs that are all-time favorites:

Who ya gonna call? Written by Ray Parker Jr., this theme song to the movie “Ghostbusters” was a huge worldwide hit, going platinum in 1984. It as regarded as one of the most popular Halloween songs with the song staying on top of Billboard Top 100 for 3 weeks before being displaced by Micheal Jackson’s Thriller.

The song was nominated for an academy award for the best original song in 1985 but didn’t win. Instead Stevie Wonders soundtrack for the movie “Women in Red” won.

The lyrics are simple and easy to remember—everyone knows who to call when there’s something strange in your neighborhood. And if they don’t, Halloween’s the perfect time to remind them.

Parker was sued by Huey Lewis and the News for plagiarizing “I Want a New Drug” with this song, but that doesn’t detract from the fun and catchy lyrics.

A fun, frothy 1959 pop hit featuring gypsies, spells and a guy making a fool out of himself, “Love Potion No. 9” was first recorded by The Clovers in the same year.

However, in their own version of the song, the Clovers used alternative lyrics different from the one written in the original. The Clovers version was used as the soundtrack of the film “American Grafitti”.

Love Potion No.9  is one of the most popular Halloween songs ever recorded. It has been covered numerous times, most successfully by The Searchers.

The song was originally written by  Jerry Leiber and Mike Stoller. After the song was covered by Clovers, the song hit the number 23 spot on the R& B charts while the Searchers version which was done about 4 years got their own version of the song climbing to the number three on the U.S. Billboard Hot 100 and number two on Cash Box during the winter of 1965.

Also, the song inspired a terrible romantic comedy by the same name. The film featured Sandra Bullock and Tate Donovan as lead actors. The film’s plot follows the same story as the depicted by the song but unlike the song, the film had a happy ending. The film was not well received at the Box office tough and the film reportedly got a 27% rating on Rotten Tomatoes.

Not only will playing “Love Potion No. 9” during your Halloween party give your guests an excuse to dance. It will also remind them to watch what they drink and avoid nasty romantic entanglements and witches.

This catchy 1978 tune has its roots in rock royalty—the track was produced by Jackson Browne, Mick Fleetwood and John McVie from Fleetwood Mac singing the backup vocals. The idea for the song came from Phil Everly of the Everly Brothers, who asked Warren Zevon and Robert “Waddy” Wachtel to write a dance number for the Everly Brothers called “Werewolves of London.” However, Zevon is the one who ultimately performed it.

This was Zevon’s first and only Top 40 hit as a singer and former Governor of Minnesota, Jesse Ventura, had the song played at this inauguration party.

Meanwhile, Zevon reportedly said he didn’t expect the song to become a hit as he believed the song was not suitable for radio.

There have also been various versions of the song by music group known as the Grateful Dead who resurrected the song for Halloween Concerts in the early 80s.

The song narrates the story of a man who ran amok in Kent and who also preyed on old ladies. The song was featured in the 1986 movie ” The Color of Money ” which featured Tom Cruise and Paul Newman. The lyrics are surprisingly sophisticated, and the opening line was voted the greatest opening song line by BBC Radio 2 listeners.

The video for “Thriller,” the title track of the best-selling album of all time, has permanently established it as one of the most popular Halloween songs ever.

According to the independent, the 14-minute long video, which was released in 1983, is one of the most downloaded Halloween songs of all time. It has reportedly been watched over 550 million times on youtube.

Thriller was also not just a popular Halloween song, it was one of the most successful music videos of all time. Although the music video was released on December 2, which was weeks after Halloween,  Thriller got into the Guinness book of record for the feat of selling more than 9 million home video copies.

The music video also helped to push and maintain Jackson’s album top spot on the charts of the Billboard Charts for 37 weeks after it had previously stayed at the top for 17 weeks before the music video for Thriller was released.

That was not all, the music video also won several awards. It was nominated for Academy award for Best Video in 1984 for the making of the video and in 1985 for Best long-form Video. It also won 3 MTV Awards in 1984.

In 2009, which was the year Micheal Jackson passed, the music video was selected for the National Film Registry.

In the groundbreaking 1983 music video that’s a takeoff of “American Werewolf in London,” Michael Jackson takes his girlfriend to a scary movie, only to reveal that he’s scarier than the movie is. The zombie dance number near the end of the video is perfect for any Halloween party and often resurrected on TV and by street performers around October 31.

First released in 1962, “Monster Mash” proves that a novelty song can be a perennial favorite. The song’s writer, Bobby Pickett, came up with the idea when he imitated Boris Karloff’s Frankenstein voice on stage one night.

The audience loved it, so Pickett adapted the “mashed potato” dance number with new lyrics inspired by everyone’s favorite monster movies. “Monster Mash” annually charts during Halloween, has been covered and parodied numerous times, and holds a place in pop culture.