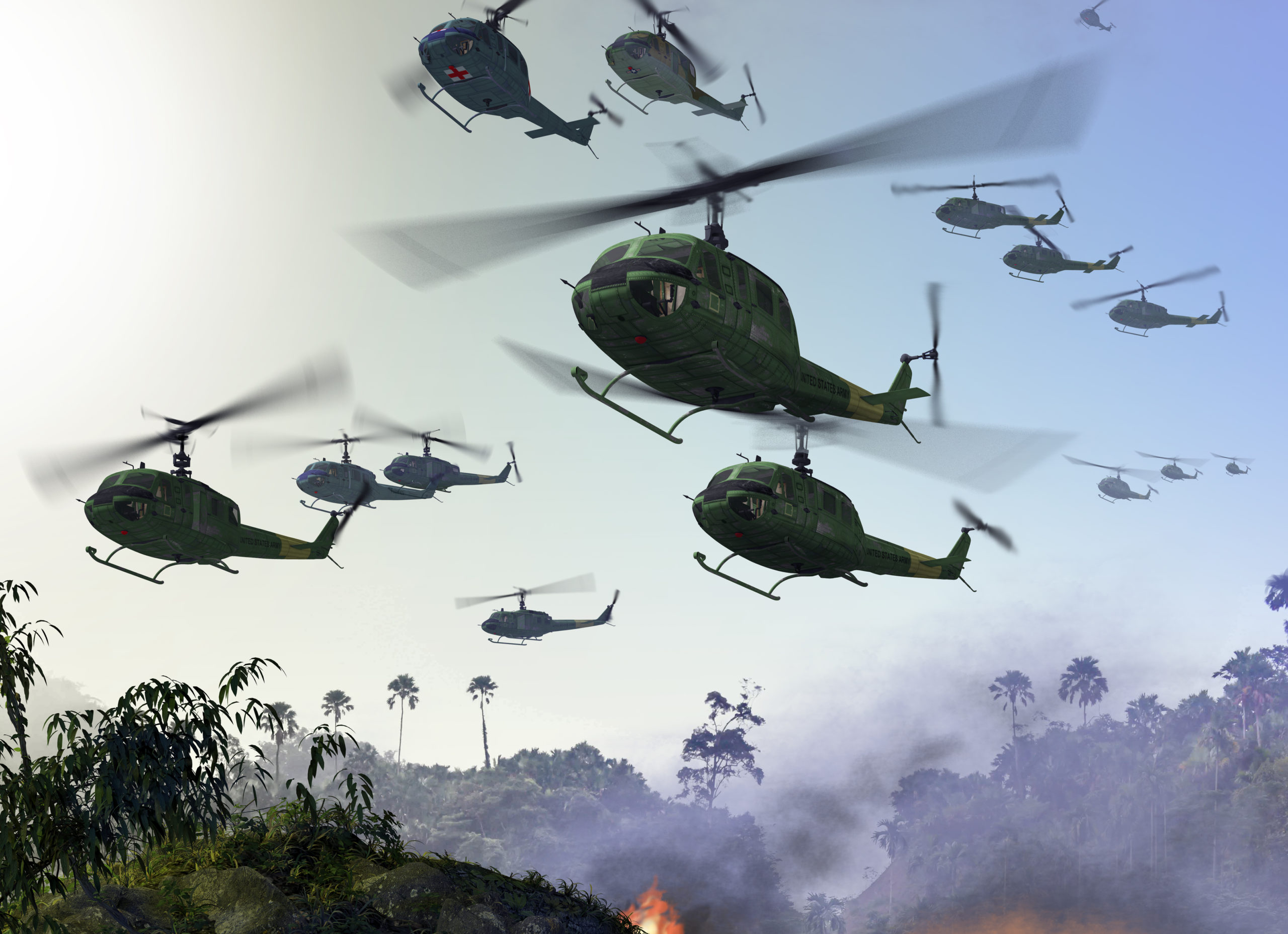 People describe too many things as “epic” these days. Much like the word “love” seems to lose some of its power when people express strong affection for everything from lamps to bacon, it becomes difficult to conjure up the true power of thousands of men engaged in brutal hand-to-hand combat when a 20-second YouTube video of a kid tripping over his shoelaces and running into a door is described as “epic.”
These five battle scenes vehemently disagree with that ridiculous characterization, and with all due respect, they’ll show you what “epic” really means.

Truthfully, this scene only barely counts as a battle—but it is one of the most epic scenes in Hollywood history, and it does take place during a war. The helicopters and their pilots were supplied by Philippines President Ferdinand Marcos, although he had to take them back occasionally as he was fighting a war of his own at the same time. And pretty much anything accompanied by Wagner’s “Ride of the Valkyries” is guaranteed to be epic—try it next time you do the dishes; you’ll see.

In the words of Robert Duvall’s Lieutenant Colonel Bill Kilgore, “I love the smell of napalm in the morning.” Although there are probably better ways to secure a surfing spot, they wouldn’t be nearly as, well, epic.

Apocalypse Now is a 1979 American epic war film about the Vietnam War, directed, produced and co-written by Francis Ford Coppola. … Milius became interested in adapting Heart of Darkness for a Vietnam War setting, and initially began developing the film with Coppola as producer and George Lucas as director.

Comic-book sheen and CGI doesn’t take away from the epic brutality of this incredibly fictionalized account of the 300 Spartans who “successfully” held back a Persian army 10,000 strong. Clearly this was due less to the strategic decision to block a small mountain pass, forcing the Persians to trickle through in small numbers, and more to the heavily muscled Spartans, who looked more like body builders than soldiers.

The actual battle is honored as one of the greatest final stands in the history of war; the film is honored for selling lots of gym memberships to couch potatoes. Don’t watch “300” looking for a heroic happy ending, though. Spoiler alert: Everybody dies.

300 is a 2007 American period action film based on the 1998 comic series of the same name by Frank Miller and Lynn Varley. Both are fictionalized retellings of the Battle of Thermopylae within the Persian Wars. … As the battle rages, Queen Gorgo (Lena Headey) attempts to rally support in Sparta for her husband.

3.) “Braveheart” — The Battle of Stirling

“They may take our lives, but they will never take our freedom!” With these words, Mel Gibson’s William Wallace led a humble band of Scottish men to victory over the highly trained and well-equipped British. It’s hard to decide which was more epic—the battle or the pep talk. So what if the movie is fraught with historical inaccuracies; it’s a Hollywood movie, not a documentary. The historical battle of Stirling was actually the Battle of Stirling Bridge.

One anecdote recounts a local asking why there was no bridge. When Gibson explained, “The bridge got in the way,” the local reportedly retorted, “Aye, that’s what the English found.”

Braveheart is a 1995 American epic war film directed and co-produced by Mel Gibson, who portrays William Wallace, a late-13th-century Scottish warrior. The film is fictionally based on the life of Wallace leading the Scots in the First War of Scottish Independence against King Edward I of England.

Thousands of actors and extras spent four months filming this brutal battle at night, under pouring rain machines. The set alone took seven months to construct. When the dust had settled, actors and stunt doubles alike were nursing very real injuries, including broken bones and at least one chipped tooth.
The battle racked up a body count of 468, and the sight of thousands of Orcs storming the walls would strike fear in any heart. Sure, a good deal of it was computer-generated imagery, but it was epic CGI.
The sequel to the Golden Globe-nominated and AFI Award-winning “The Lord of the Rings: The Fellowship of the Ring,” “The Two Towers” follows the continuing quest of Frodo (Elijah Wood) and the Fellowship to destroy the One Ring. Frodo and Sam (Sean Astin) discover they are being followed by the mysterious Gollum. Aragorn (Viggo Mortensen), the Elf archer Legolas and Gimli the Dwarf encounter the besieged Rohan kingdom, whose once great King Theoden has fallen under Saruman’s deadly spell.

The movie opens with 30 minutes of grisly brutality so excruciatingly vivid and realistic that the Department of Veterans Affairs set up a hotline to assist veterans who were upset or experienced flashbacks as a result of viewing the film. Steven Spielberg’s depiction of the decisive Omaha Beach battle isn’t unbelievable Hollywood special effects and choreographed stunts—it’s gut-wrenchingly brutal carnage.

Steven Spielberg’s 1998 film Saving Private Ryan may include some of the most horrific fighting scenes ever produced on film. … The film tells the story of Captain John H. Miller (played by Tom Hanks), who leads a platoon of GIs during the D-Day invasion of Normandy near the end of World War II.
Must Read
DJ Under Fire For Playing Offensive Song At Prom
Guy Gets Scammed, Then Works For A Thief
USA National Parks and Their Top Attraction (Parks K-Z)