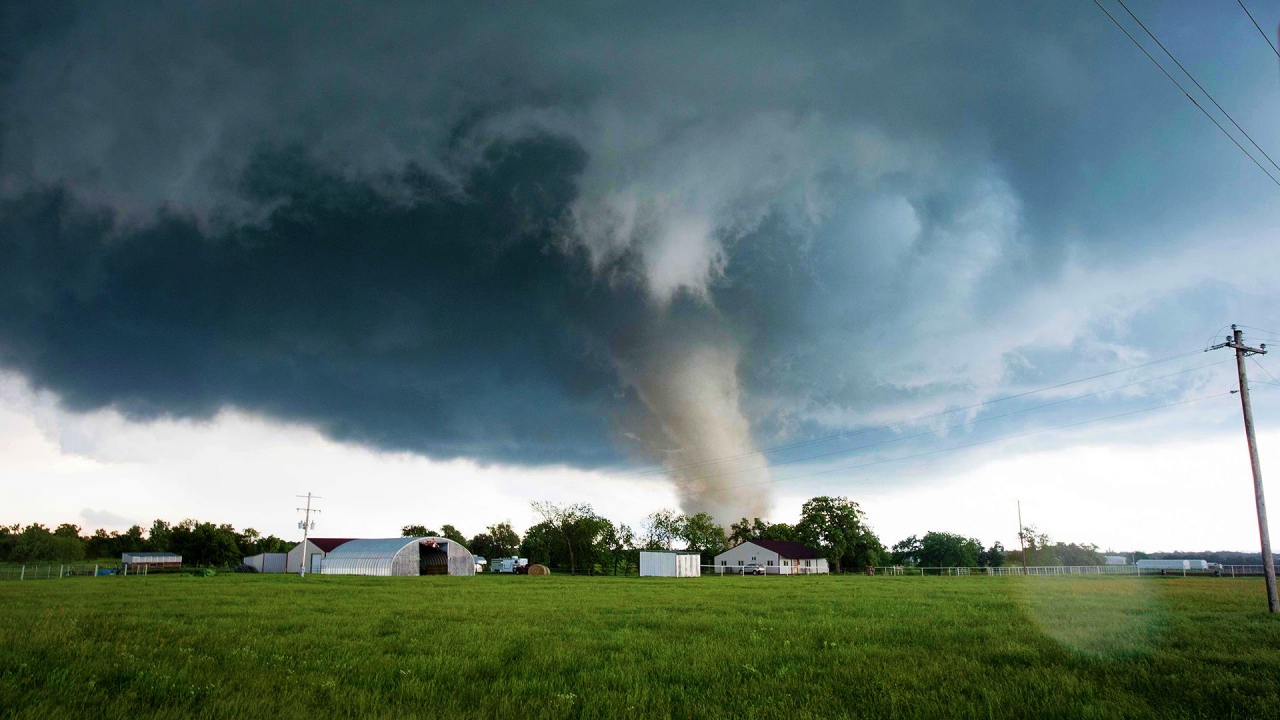 To be one of the most destructive tornadoes ever, you have to factor in a lot of elements such as size, duration, location, lives lost, and damage to property. Some twisters may be low in wind speed but are more severe than faster tornadoes. This is because of where they hit, as their size or the amount of time they stay on the ground can have a bigger impact.

The most destructive tornadoes of all time did some horrible things. Thousands of people have died due to these tornadoes, and many more will die from them in the future. We hope no tornado that comes in the future will ever replicate one of these horrific twisters.

Take a look at some of the most destructive tornadoes in history on our list. 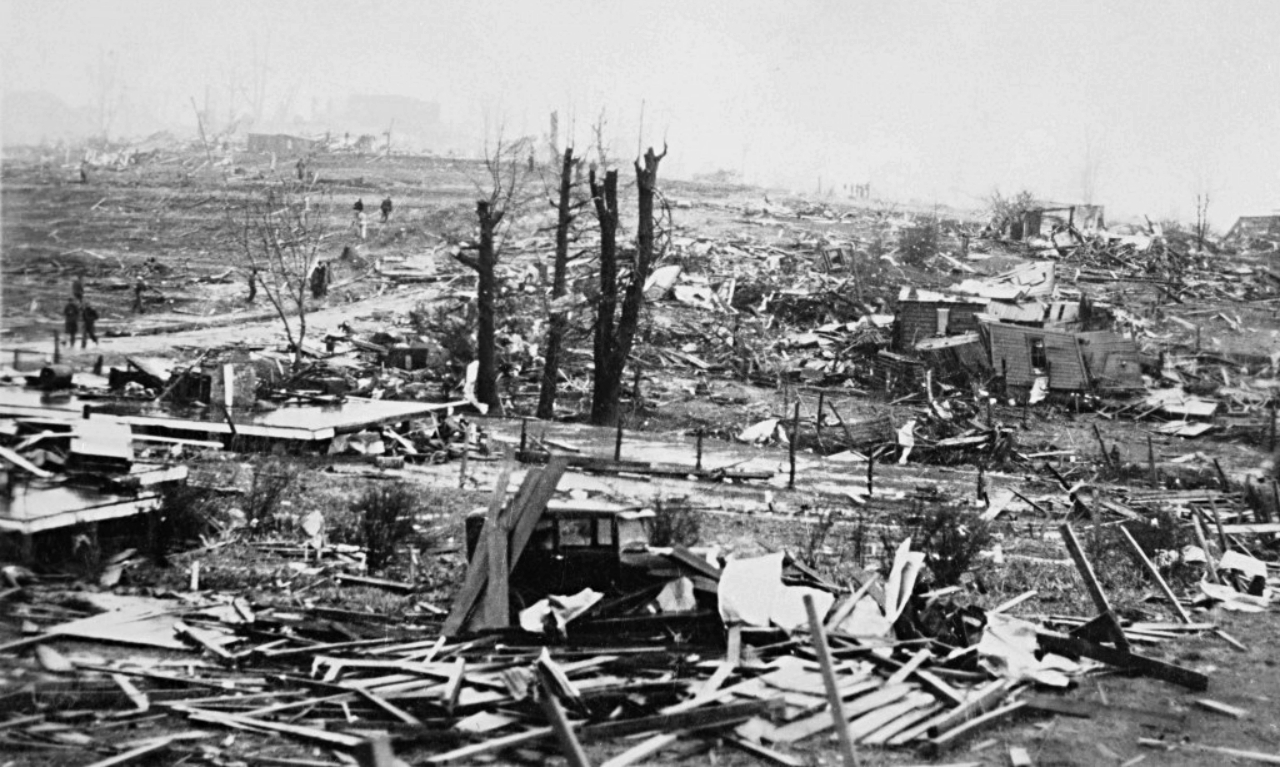 The Tupelo Tornado was incredibly powerful, as it became an F5 and leveled 48 blocks. Unlike other tornadoes that tend to jump out in rural areas, this dropped down in a big residential district. It took down several homes, including notable mansions in the area.

Gum Tree Park, a neighborhood in the area, saw many of its homes swept into the Gum Pond near it. The reason it was one of the most destructive tornadoes in history was due to the several deaths that happened. Two hundred sixteen people ended up dying in the tornado, but there were two survivors you may have heard of. Gladys Presley and her son named Elvis. 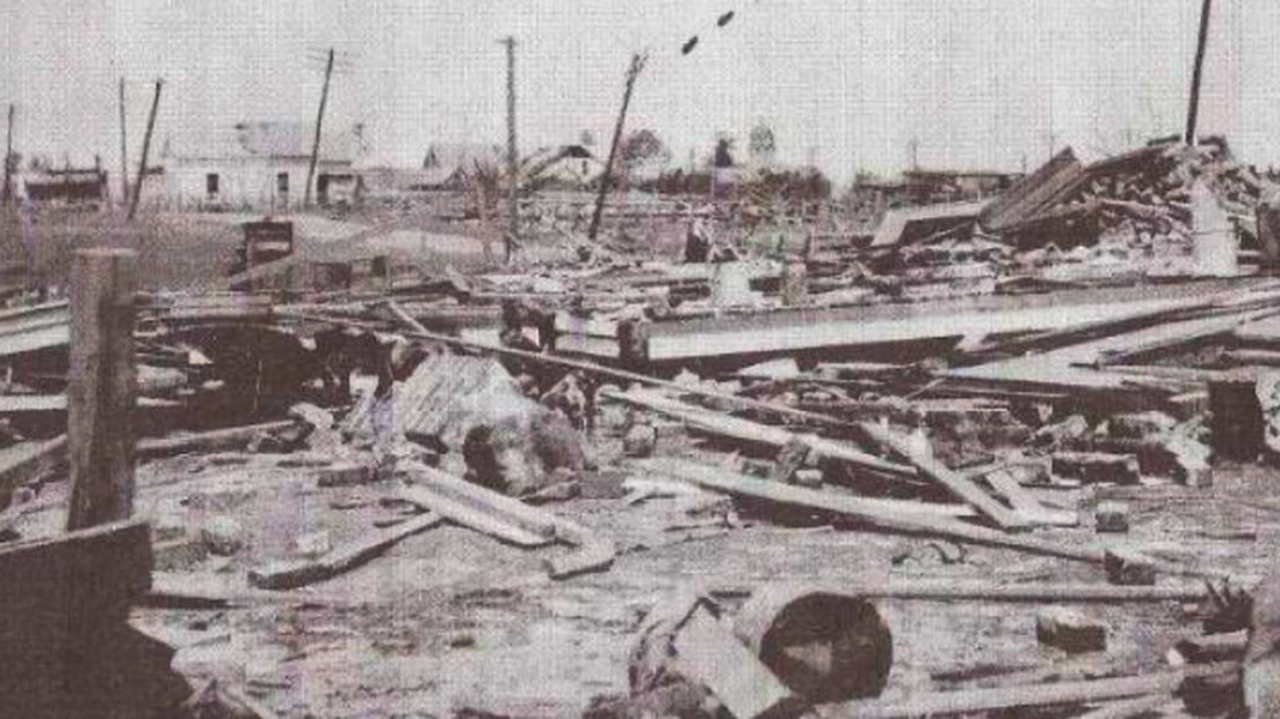 Tornadoes tend to attack multiple areas when they’re big enough. In April of 1908, that is exactly what happened with the Amite/Pine/Purvis Tornado. It hit in the town of Purvis, Mississippi, and eventually touched down in Amite, Lousiana.

Historians say only seven houses remained in Purvis after the storm went by. Ultimately, this became one of the most destructive tornadoes in the nation at its time and remains a top one even to this day. The death toll was significant at 143 people, but around 770 more were injured from the tornado. 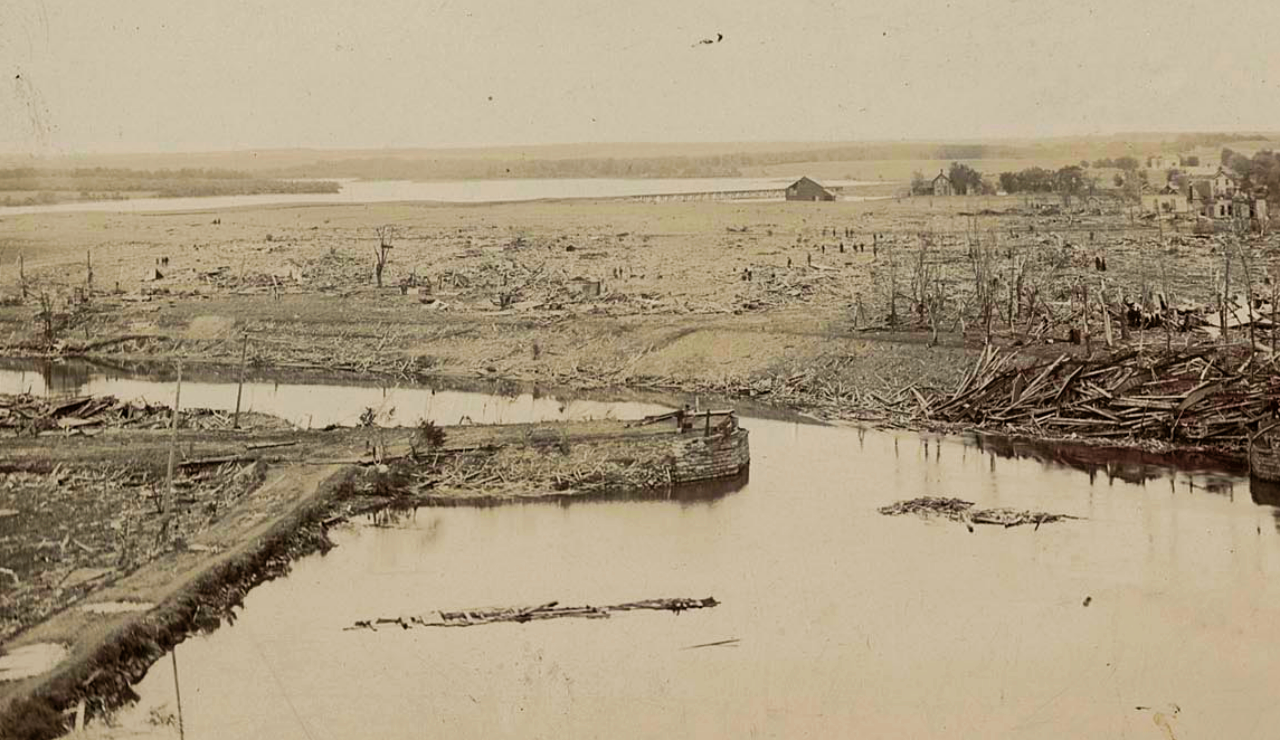 Near the turn of the 1900s, a tornado came down in the town known as New Richmond in Wisconsin. While tornadoes are not new for Wisconsin, it is odd for them to get them in June.

Either way, when it hit, the tornado became deadly. It is still ranked as one of the most destructive tornadoes in the history of Wisconsin. The tornado ended up killing 117 people before it finally stopped. 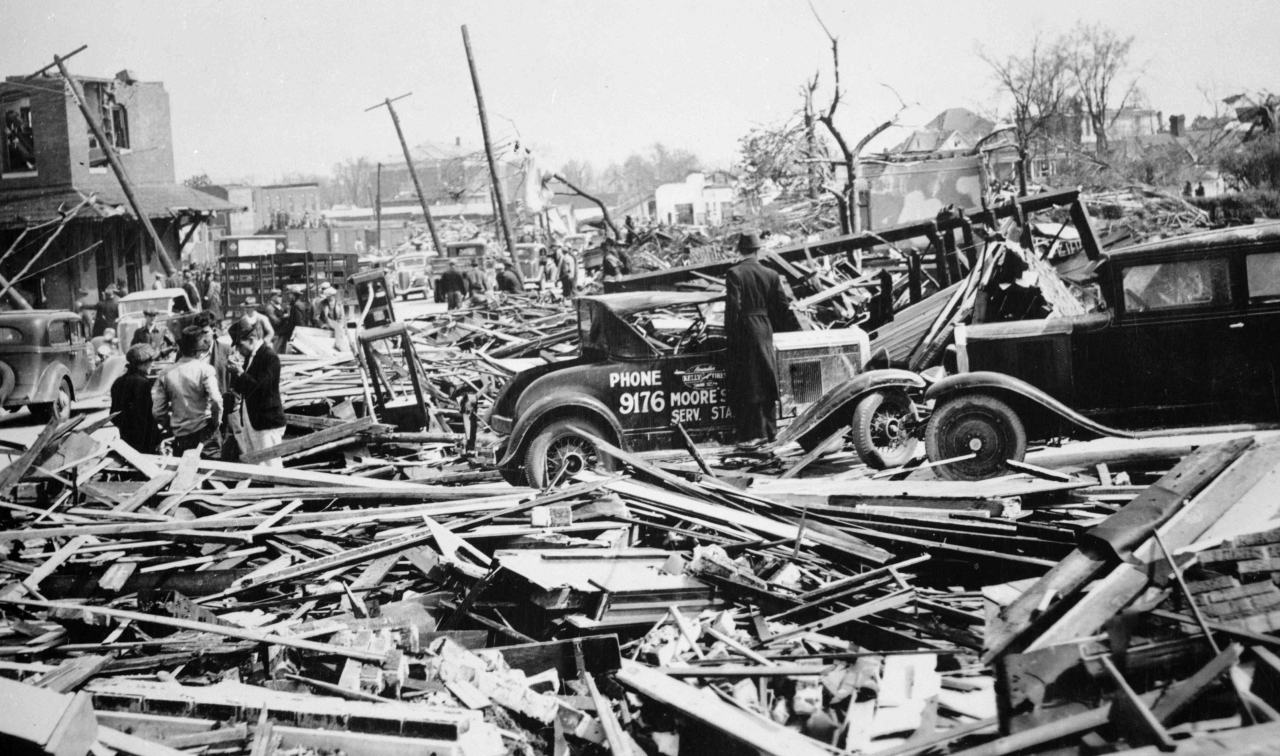 This resulted in several destroyed businesses and multiple fires starting. One business hit hard was a major local area for jobs known as Cooper Pants Manufacturing Company. Sixty people working here at the time died. The death toll overall was around 203 people with 1,600 reportedly injured and 2,000 reported homeless. The overall financial loss at the time was $12.5 million. Adjusted for inflation today, they lost what amounts to $227 million. 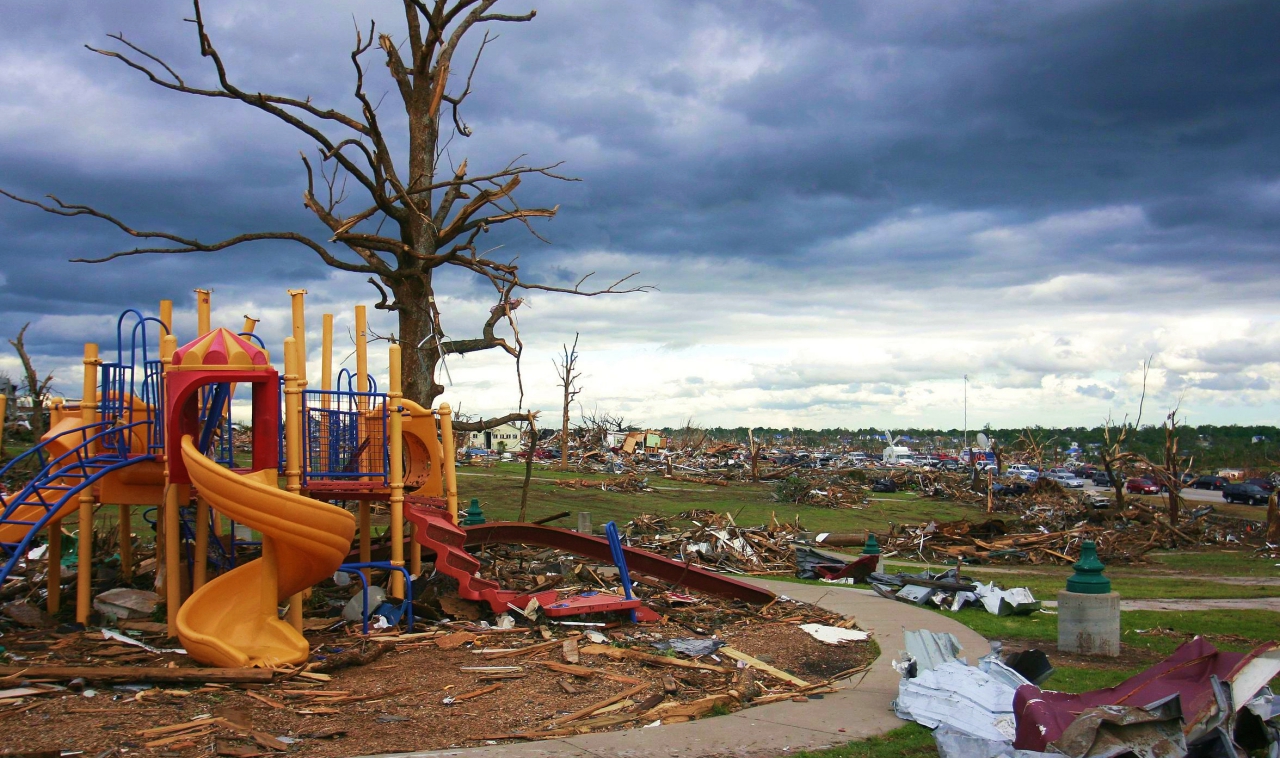 The Joplin, Missouri tornado still ranks as one of the most destructive tornadoes in U.S. history. The tornado hit on May 22, 2011, and was among several significant tornadoes that occurred in the same year.

This tornado came with 200mph winds that were blowing people off of roads and even knocking trees and buildings over. Upon hitting the ground, the tornado took its time before going back up. It ran 22 miles before it moved on. The death toll reached 158 people. 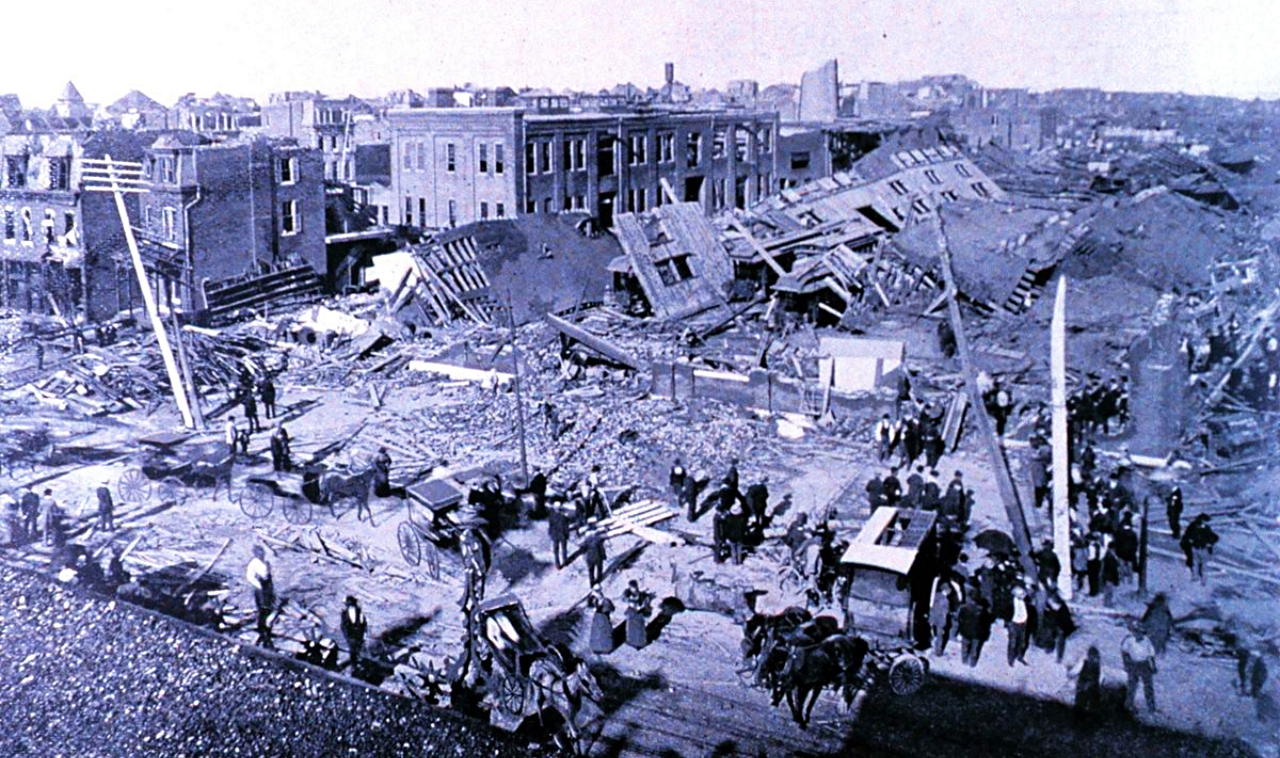 This particular tornado ravaged the St. Louis, Missouri, area. It hit every side and did not stop coming. At one point, this supercell F4 tornado went down a one-mile path that ripped through the city. Due to the tornado, the death toll was massive. This tornado occurred in 1896, which meant bookkeeping and filing were not as reliable as it is today.

A confirmed list of 255 people was reported to have died in this, making it one of the most destructive tornadoes in history. However, it is estimated as many as 400 died in the storm that were unaccounted for. It also cost around $10 million in damage Adjusted for inflation, the damage would be a little over $300 million today. 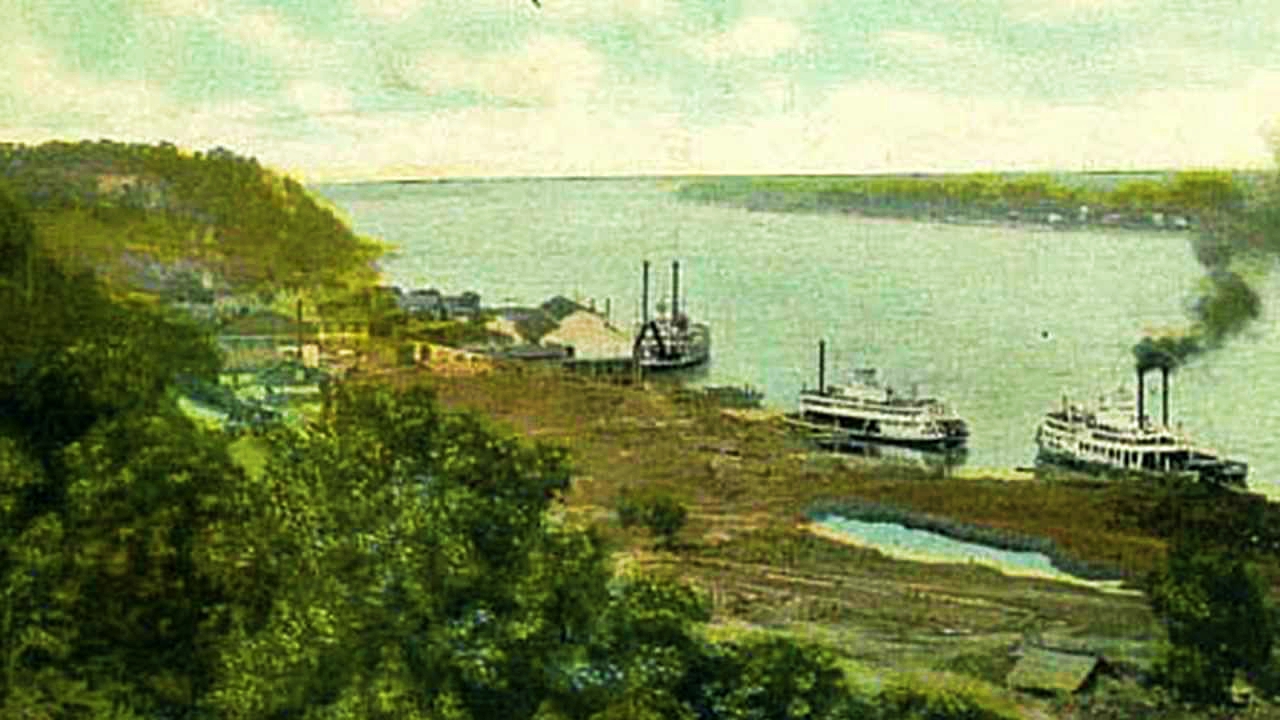 Known today as “The Great Natchez Tornado,” the F5 tornado in the town of Natchez, Mississippi, was devastating. Today, people know the tornado as one of the most destructive in the history of the United States. It occurred on May 6, 1840, and managed to concentrate most of its warpath right on the Mississippi River. Due to the time period, this river had a lot of people living along it throughout the state and every other state connected to it.

Most of the deaths ended up occurring with people caught on flatboats at the time. Many were picked up and flung around by the tornado. This killed much of the passengers and crew. Debris went about 30 miles from the area, and even the slaves on local plantations were swept away. The official death count did not list any of these men and women. This is why the number is likely much higher than reported today. 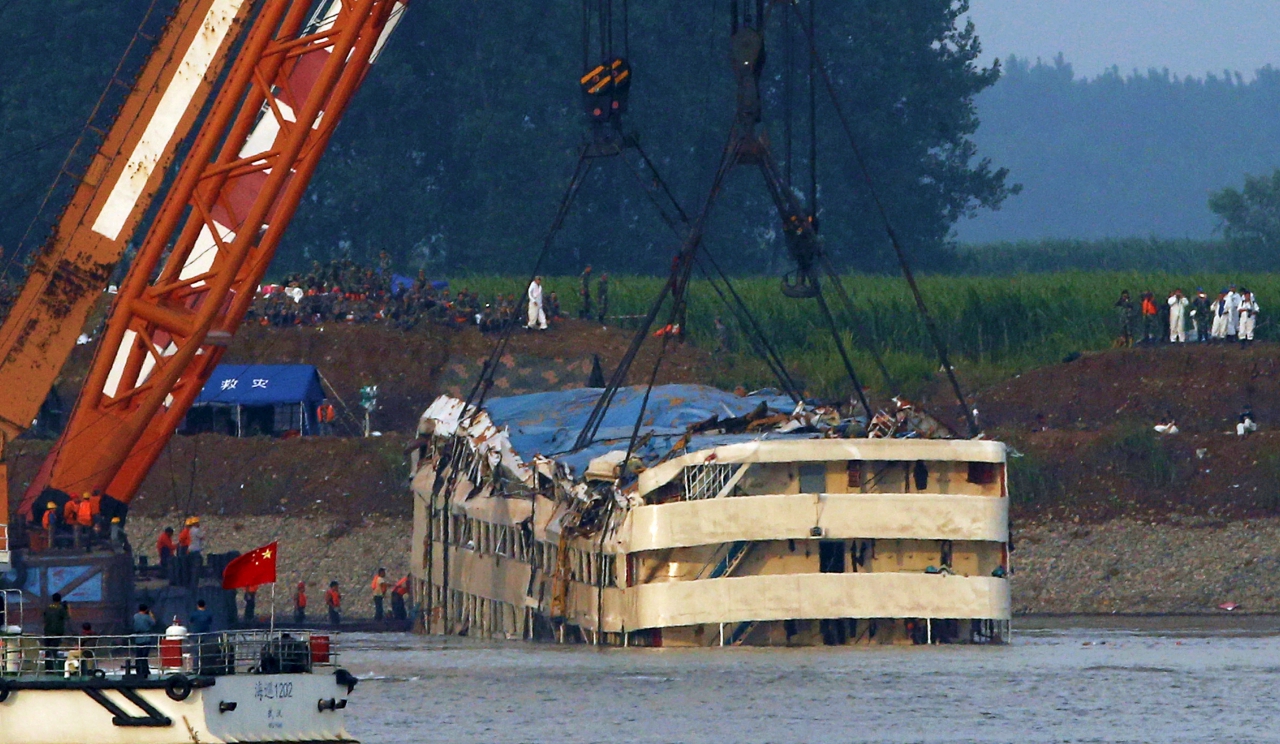 While China has managed to live through some devastating storms, including the likes of earthquakes, they were not prepared for this tornado in 2015. This was a mere F1 tornado, but it struck the Yangtze River and caught a cruise ship in the area. This cruise ship ended up having several hundred people on it, many of whom died.

The situation went under investigation by the cruise company and found that warnings were said to have been sent out. One ship local to the area used that warning and took action immediately. It seems for whatever reason, despite 2015 technology, this did not happen on the Yangtze River. 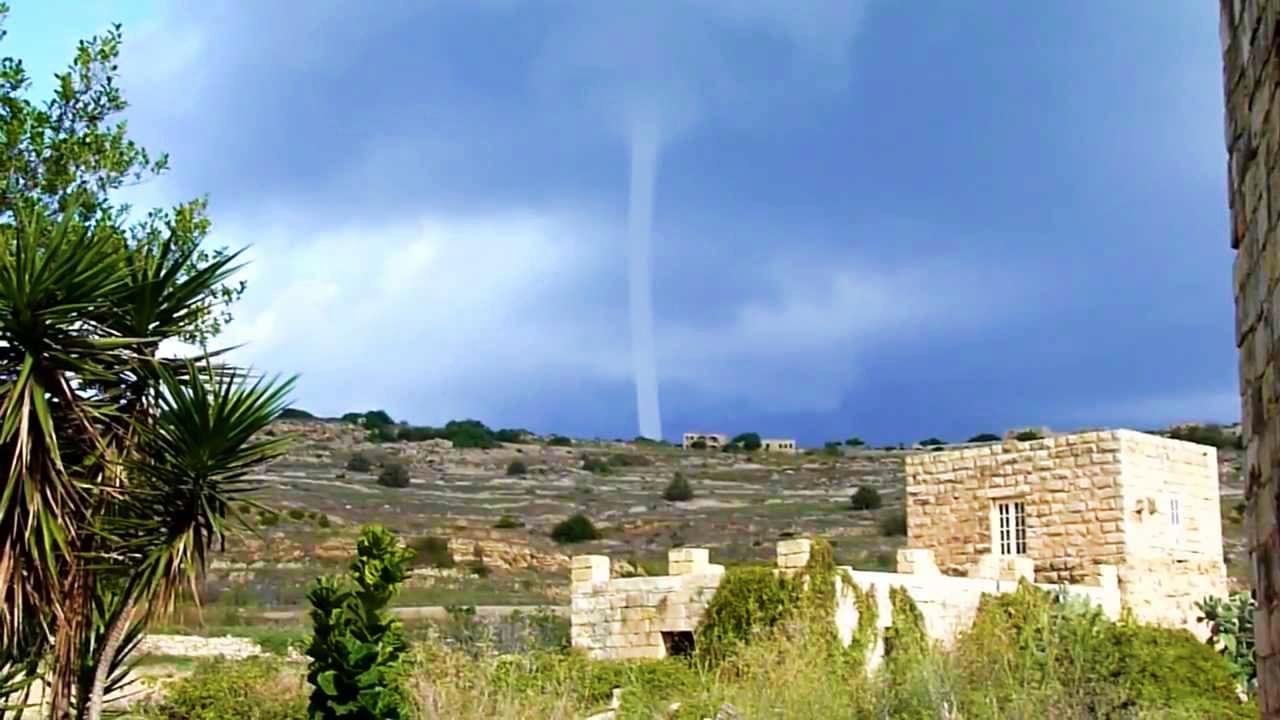 In the small city of Grand Harbor (now known as Valletta), in the small island nation of sorts known as Malta, there was a tornado that made history in a bad way. There has been some speculation that the tornado hit the island, found slightly off the coast of Italy, in 1551 or 1556. Either way, we know it hit at some point in that 1550s time period.

It became one of the most destructive tornadoes in world history on September 23rd of one of those years. It hit the area then known as Grand Harbor, beginning as a waterspout that ended up capsizing four galleys. Those galleys were the Santa Fe, San Michele, San Filippo, and the San Claudio. In total, it is estimated 600 people died on this day. 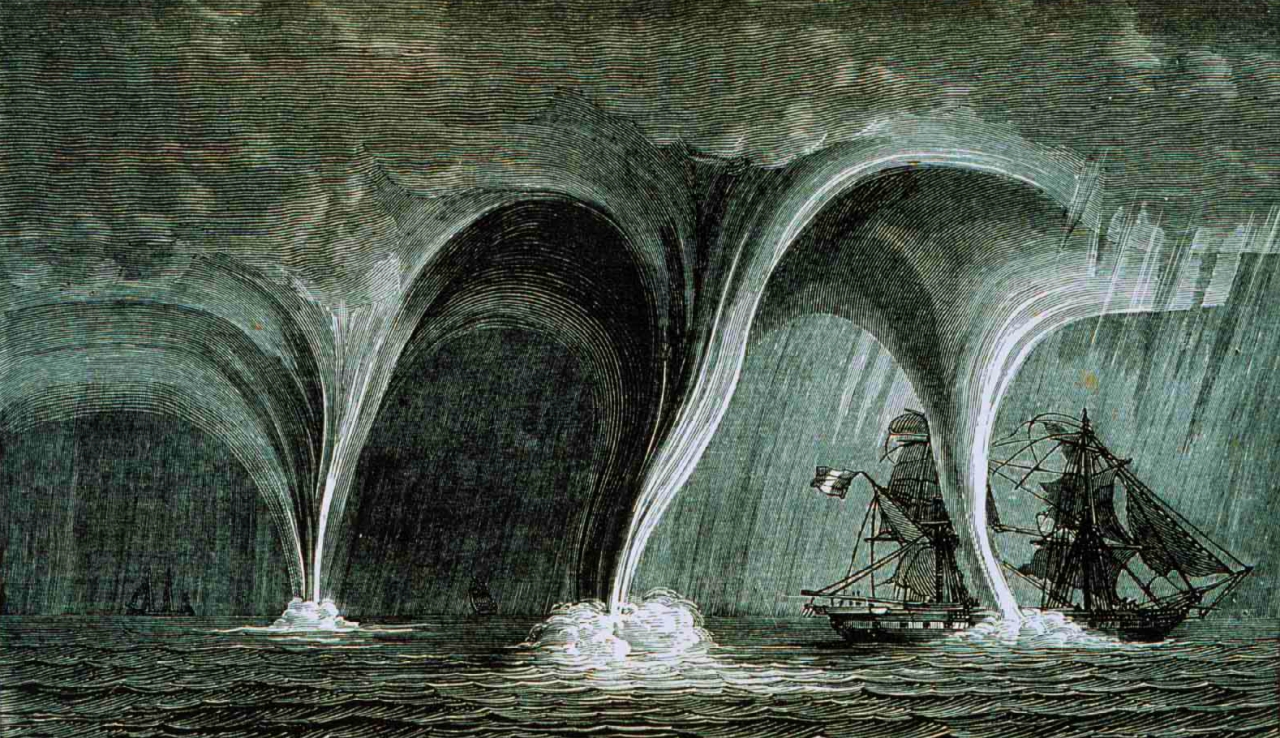 It is rare to see a tornado in Italy, especially in the small island known as Sicily. This is likely why the people of the city were not prepared at all for the tornado that hit them in December of 1851. The sad part is that this was one of the most destructive tornadoes in world history.

The reason for this might have been due to two tornadoes touching down here, each with waterspouts. The small town of Castellammare was destroyed, along with 200 citizens. The victims of the tornadoes are not exactly 100% known due to occurring in 1851 without prep or any record keeping assistance. It is estimated that around 500 people died that day. 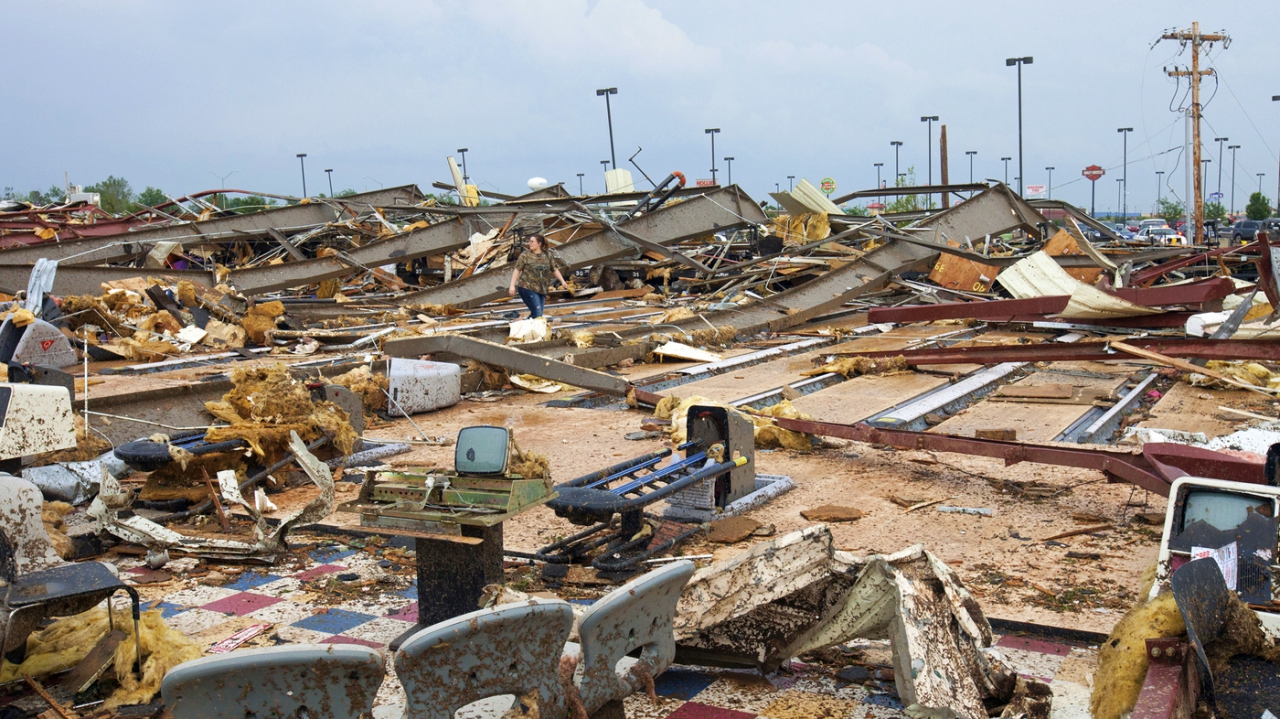 On May 20, 2013, a tornado touched down in the suburbs of Oklahoma City and caused record-breaking damage. The 2013 tornado tore a trail through the region that was two miles wide and 17 miles long. Large tracts of Moore, Oklahoma, were leveled by the EF-5—Enhanced Fujita scale—tornado, which devastated the area with winds more than 200 miles per hour.

This massive tornado stayed on the ground for about 40 minutes, killing 24 people. 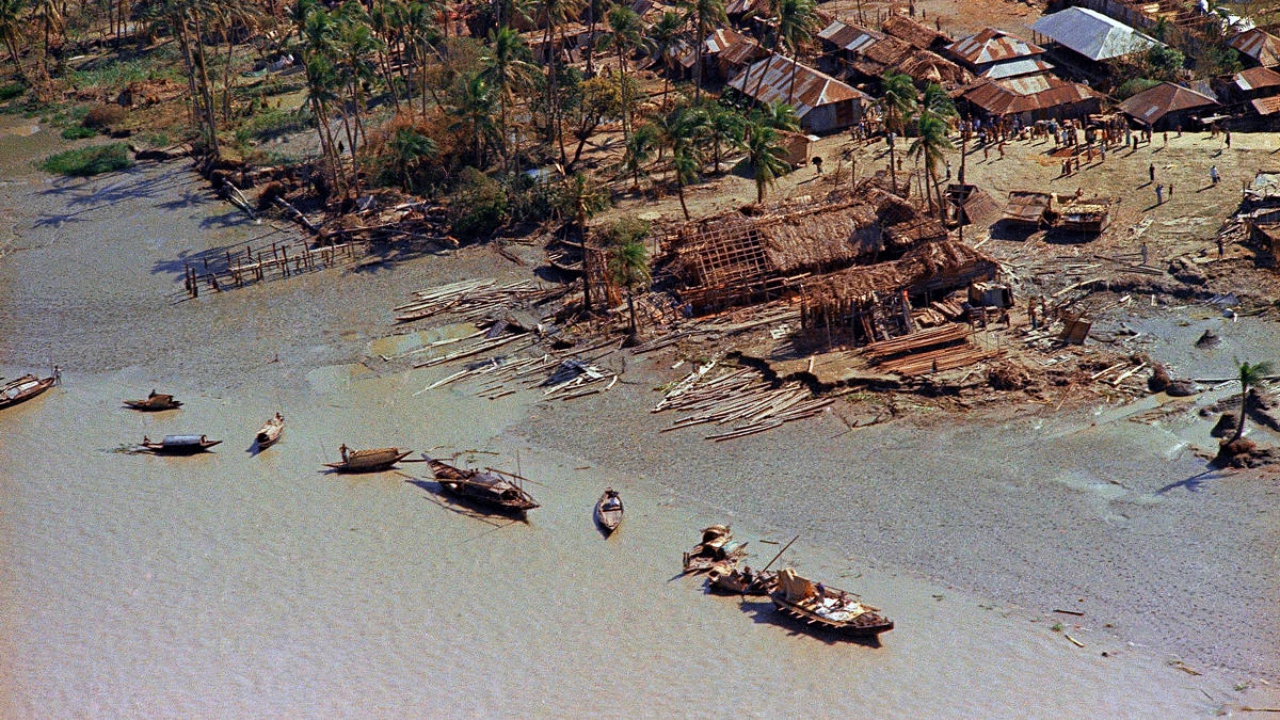 On April 14, 1969, the East Pakistan city of Dacca, which is now Dhaka, the capital city of Bangladesh, was struck by a powerful tornado that left an estimated 660 people dead and at least 4,000 injured. However, it was only the first to hit the region on that day. 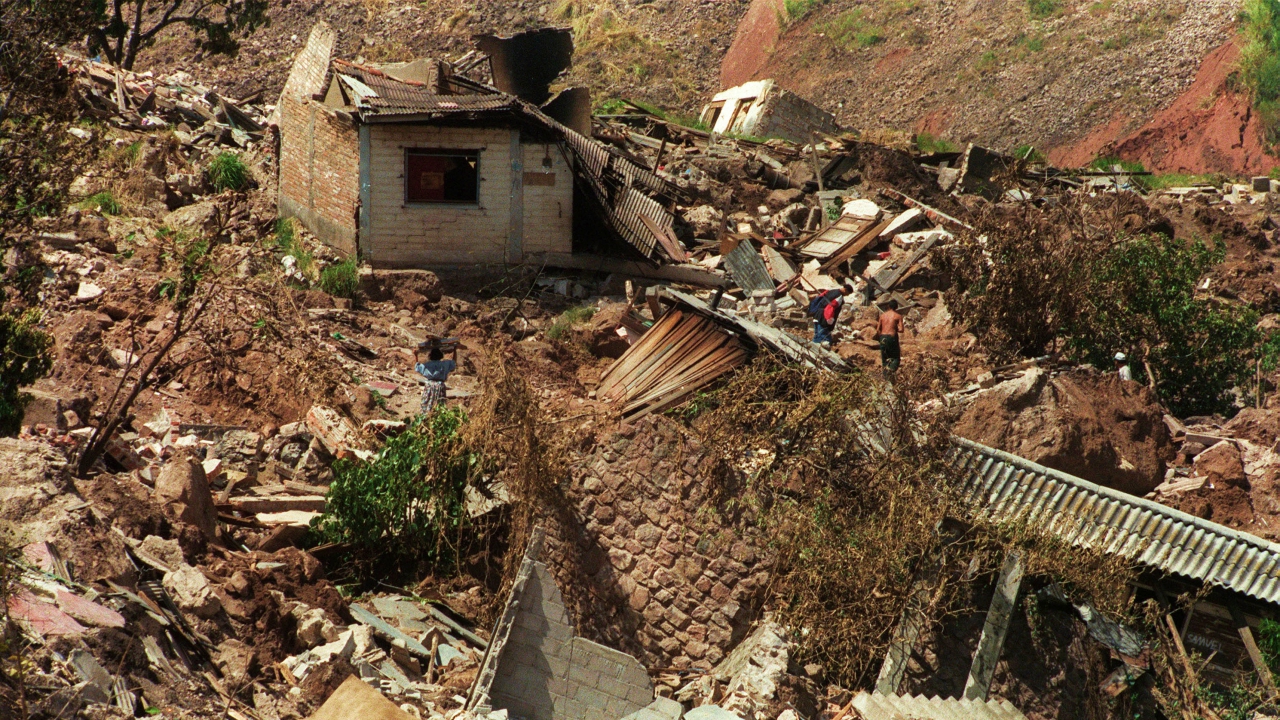 Believed to be the deadliest tornado on record, the Daulatpur-Saturia, Bangladesh, twister killed about 1,300 people in a matter of minutes. It hit the Manikganj District on April 26, 1989, and the 1-mile-wide funnel leveled everything in its path.

When the dust settled, this tornado injured about 12,000 people and left 80,000 homeless through the towns of Saluria and Manikganj. It completely destroyed every home within a 22-mile area of its path. 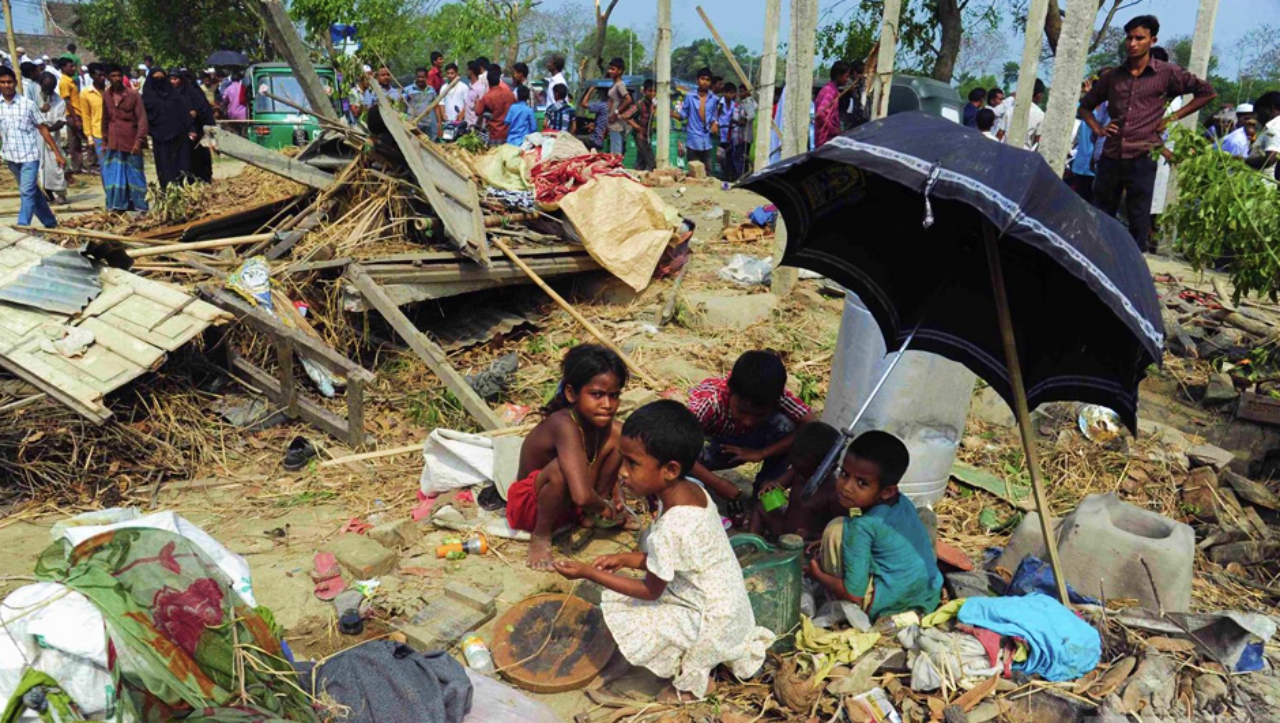 Bangladesh was hit again in May 1996. An estimated 700 people were killed by a massive tornado that touched down and devastated a path from Madarganj to Mirzapur, a distance of about 62 miles.

The tornado destroyed approximately 30,000 homes, wiping out Madarganj and Mirzapur. It also wrecked several more districts along the way. 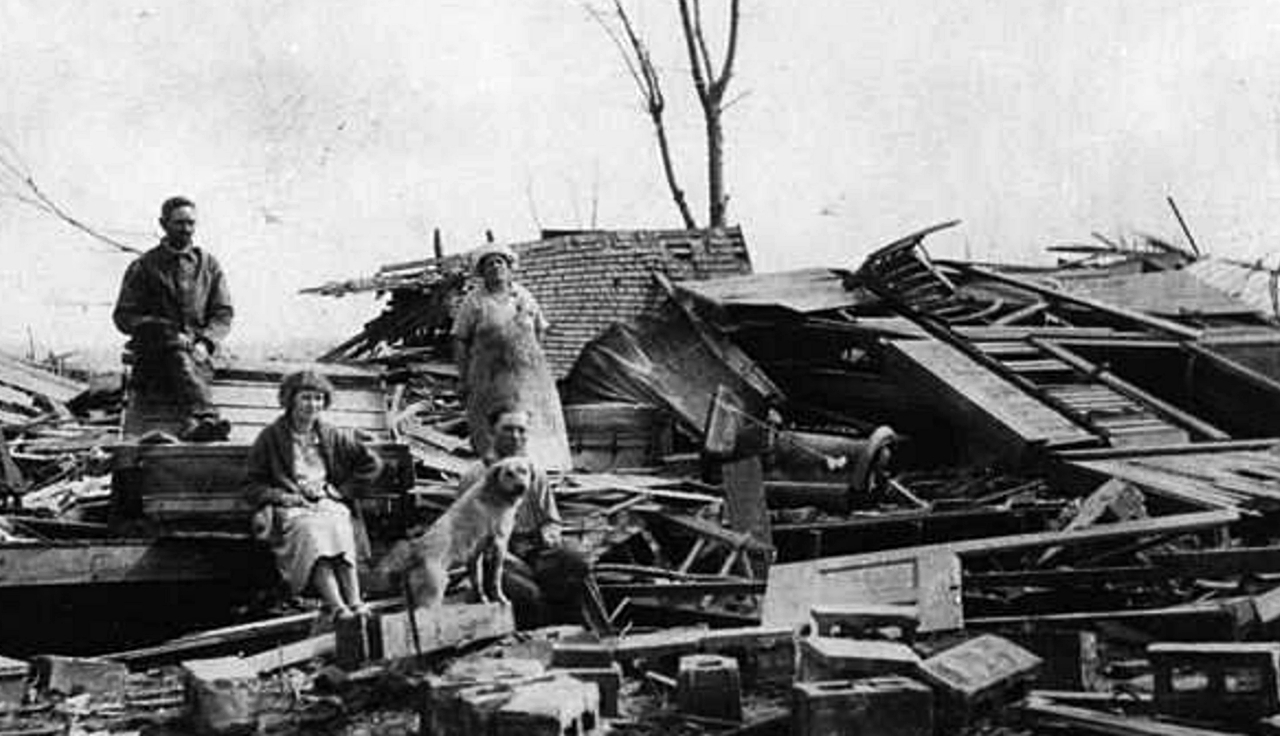 The Tri-State tornado claimed about 695 lives in March 1925, earning this tornado a place among the most devastating tornadoes in history. Despite its name, this tornado caused damage in seven states, if you count the smaller tornadoes it produced. The main twister started in Missouri, moved through Illinois and reached the end of its path in Indiana. Smaller twisters from the same storm system touched down in Alabama, Tennessee, Kentucky, and Kansas.

The tri-state tornado struck populated areas such as Murphysboro, Illinois, where it killed 234 people. In De Soto, Illinois, it ripped through a school, killing 33 people. The town of Gorham, Illinois, was demolished too. The main twister lasted a terrifying 3 1/2 hours and produced eight more tornadoes, which claimed more than 50 lives in addition to the original death toll. This tornado also injured more than 2,700 people and caused extensive property damage

Click next to read about the most destructive meteor strikes.