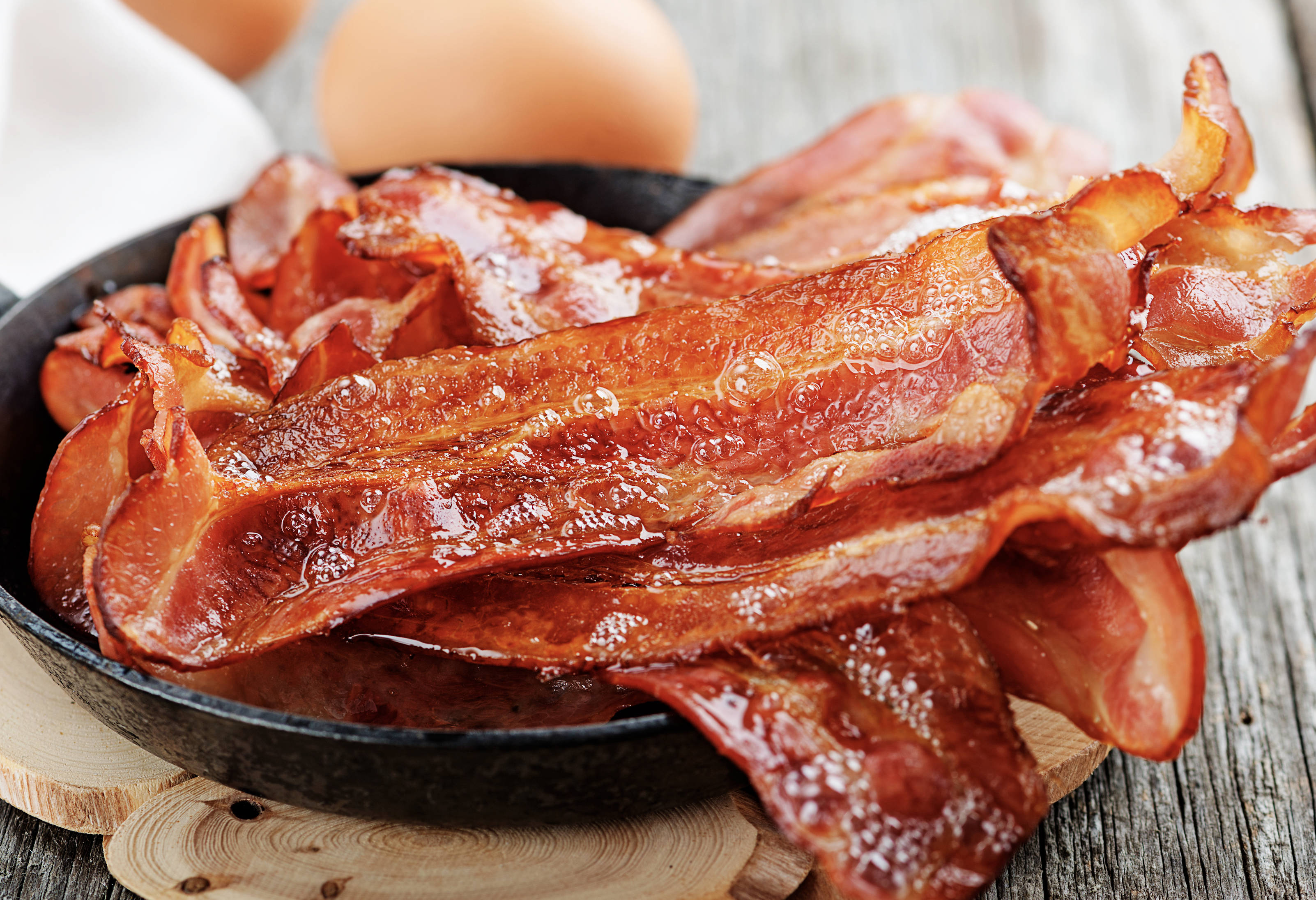 There are few carnivores out there that don’t go all melty-swoony at the thought of crispy, salty, delicious bacon, but some people are no longer satisfied with just eating it. They’ve found other uses for bacon. Uses that waste a good thing. While there have been many cool new ways to incorporate bacon, such as the surprisingly delicious bacon chocolate bar, there are a few bizarre uses that are just plain wrong.

Bacon has a ton of chemical energy, particularly in its fat. Most people release that energy by eating the bacon, but some opt to make fire. Inventor Theodore Gray wrapped pieces of prosciutto, a superior grade of bacon, into thin tubes and baked them to remove the water. Then he bundled seven tubes together, wrapped them in more bacon and baked those suckers again. He later combined the bacon tubes with a torch-like device and lit it up. Is anyone else wondering at the overwhelming urge to just eat the delicious tubes of awesomeness? No? Moving on then. The result of Gray’s cobbling was a flame that burned hot enough to melt metal, and wasted bacon.

Bacon flowers are apparently the modern way to show that you care. Let’s not get into the deadly bacteria that might be lurking in that expression of love. Just roll up a dozen or so strips of bacon, put them in some muffin cups and bake until crispy. Stick those bad boys on some skewers, tie a pretty ribbon or strip of bacon around it and voila! Love. Don’t forget to drill a hole in the bottom of the muffin cups and put a pan beneath to catch the grease draining. Can you say oven fire? Right. Better leave the pork roses to the professionals, or just eat the bacon and stop being so cheap. Buy some real flowers.

First you wrap raw strips of bacon around a lampshade frame, then you cook the shade, spray it with a polycrylic finish, and you’ve made your very own bacon lampshade. Where to begin on the awfulness of this bizarre use of bacon? Lamps use electricity, and this electricity can cause a light bulb to get pretty hot. You might think that’s awesome, because you love the smell of sizzling bacon, but then you realize that sizzling bacon is dripping grease on an electrical source. See where this is going? If you make a lampshade out of bacon, it might be wise to keep the fire extinguisher and a can of air freshener handy. Even if you don’t use the lamp, the bacon is probably going to rot eventually. A waste no matter how you look at it.

The idea of edible lingerie isn’t a new one, but lingerie made of meat? Perhaps that’s taking bacon love too far. Nicky Stein-Grohs invented the edible bacon bra after seeing others model bras made of raw bacon on various blogs. Raw bacon on your breasts sounds terrifying, so at least this version is cooked, right? The bra was made using recipes for bacon cups, which are usually filled with food, and it uses about 1 pound of bacon. The process took a few attempts before Stein-Grohs finally found success, if you consider an uncomfortable and heavy bra made of greasy meat success. After taking pictures of her masterpiece, Stein-Grohs ate the bra, because one never wastes good bacon.

So one day someone sat down and decided that soap was the best use for leftover bacon grease. Because who doesn’t want the fresh, not at all clean feeling you get from bathing in animal fat, right? Doesn’t this defeat the whole purpose of a shower? Imagine how awesome your skin will look once you load your pores full of bacon fat. Just feel the bits of bacon in the grease exfoliating your skin. Some of you might be wondering how you’d avoid the animal attacks that smelling like freshly cooked bacon would inevitably cause. Have no fear. Bacon fat soap is available in less tasty scents like ginger and citrus.
Must Read
Ein Mürrischer Kunde Erinnert Die Kellnerin An Ihren Großvater, Und Dann Passiert Das Undenkbare
Renovador Encuentra Una Antigua Reliquia Oculta En Una Chimenea
Un Hombre Instala Cámara En El Coche, Descubre La Estafa Del Mecánico