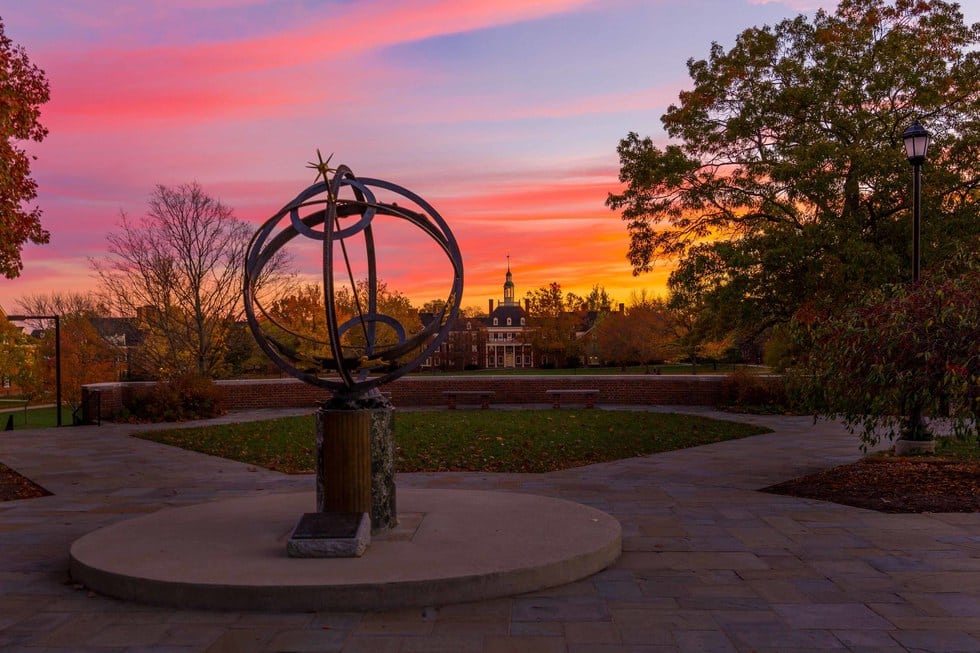 It’s said that beauty is in the eye of the beholder—so who better to determine the most beautiful college campuses than the students themselves who live and study there? Of course, a campus is more than just buildings. The students are the lifeblood of a university, so they figure into the beauty of the campus as well.

College Prowler surveys students regarding a number of university issues, including the scenic beauty of their campuses and the relative attractiveness of their schools’ students. Combining these survey results provides an overall picture of which U.S. campuses are truly the most beautiful.

Here are the top five most beautiful college campuses in the U.S.:

Thomas Jefferson conceived and designed the University of Virginia from the ground up as a publicly supported school with national character, and so it remains. The design of the lawn, crowned by the recognizable rotunda (which is the school’s library) and surrounded by academic buildings, has become the blueprint for the design of other universities to follow.

Finished in 1826, the library is one of the three structures in the United States designated as a UNESCO World Heritage Site.

According to the University of Virginia’s website, the school is regarded as one of Thomas Jefferson masterpieces. Worthy of note is the fact that apart from the structural grandeur of the school, the school has a few side attractions for tourists. For example, one of the old dormitories was the residence of renowned writer Edgar Allan Poe, who attended the school in 1826.

The University of Colorado, Boulder is certainly on the most beautiful campuses in the United States of America, and one of the factors that contributed to this achievement is the unique architectural style of the school.

The blueprint for the school’s structure was designed by the revolutionary American architect Charles Klauder between 1919 and 1923.

The 16 buildings in the school are built in a unique architectural style known as Tuscan Vernacular Revival style, which is characterized by sandstone walls, red-tile roofs and limestone trim.

Nestled in the Rocky Mountains, the University of Colorado, Boulder was formally established in 1876, the same year as the state itself.

The campus is best known for its Old Main building, which originally housed all of its classrooms. A bell hung in the belfry in 1878 signaled class changes until 1928, when the bell cracked.

The approximately 30,000 students at Boulder rated each other’s attractiveness at a respectable 9.24 out of 10. The campus’s scenic mountain vistas, however, were rated a near perfect 9.89 out of 10.

“Perhaps it’s the fact that it’s in the middle of nowhere, but the whole place just seems unspoiled,” TravelAndLeisure.com wrote on their website, commenting on the beauty of the campus. “Entire forests, rolling hills, and a campus lake are a perfect complement to the traditional collegiate architecture.”

The Princeton Review also named Colgate University as the most beautiful college campus in America in 2014.

The school has over 88 buildings, with the school’s oldest building, known as the West Hall, dating back to the 19th century. The building was reportedly built by the students and other members of the school from stone mined from the school’s quarry.

Colgate University is a 515-acre campus with an estimated 2,300 trees, which are mostly sugar maple trees and red oaks. Students rated the picturesque campus 9.71 out of 10, and the other students who roam those hills aren’t too shabby, either—students rated their classmates 9.63 out of 10. Colgate is a small, private liberal arts university with an enrollment of less than 3,000, renowned for its selectivity and outstanding academic reputation.

Award-winning poet Robert Frost once said Miami University in Oxford, Ohio, was “the most beautiful campus that ever there was.” Given the school’s students are alone in the country in rating their fellow students a perfect 10 out of 10, the student body sounds pretty attractive, too.

Founded in 1809, Miami University is a public university with approximately 16,000 students. The school prides itself on its high commitment to undergraduate education and individualized attention normally found only at smaller schools.

The school has a few historical landmarks like the William Holmes Museum, Zachariah Price Dewitt Cabin and Lewis Place, which is home to Miami presidents.

Also, the school boasts breathtaking sites like the path to Central Quad, which is lined with all kinds of beautiful flowers, Shideler Hall and the Sundial, where you can stand and admire the beauty of the Central Quad and the sunset.

Miami University is one of the oldest universities in America but also one of the largest with the campus situated on 2,138 acres of land.

It’s also no wonder Newsweek named U.C. Santa Barbara one of the nation’s “hottest colleges” not once, but twice—according to students, the attractiveness of the student body is 9.98 out of 10.

Situated on over a thousand acres of California coastline, U.C.S.B. hosts over 20,000 students, most of whom are in-state students. Students rated the oceanfront campus a respectable 9.81 out of 10.

The ocean-front view and sandy beaches are some of the many features that make the Santa Barbara campus one of the most beautiful college campuses in the U.S. Just imagine sunbathing at the beach and taking a dip in the water after a heavy session hitting the books. It’s the perfect relaxation spot.

READ MORE: Awkward School Photos That Will Make You Cringe