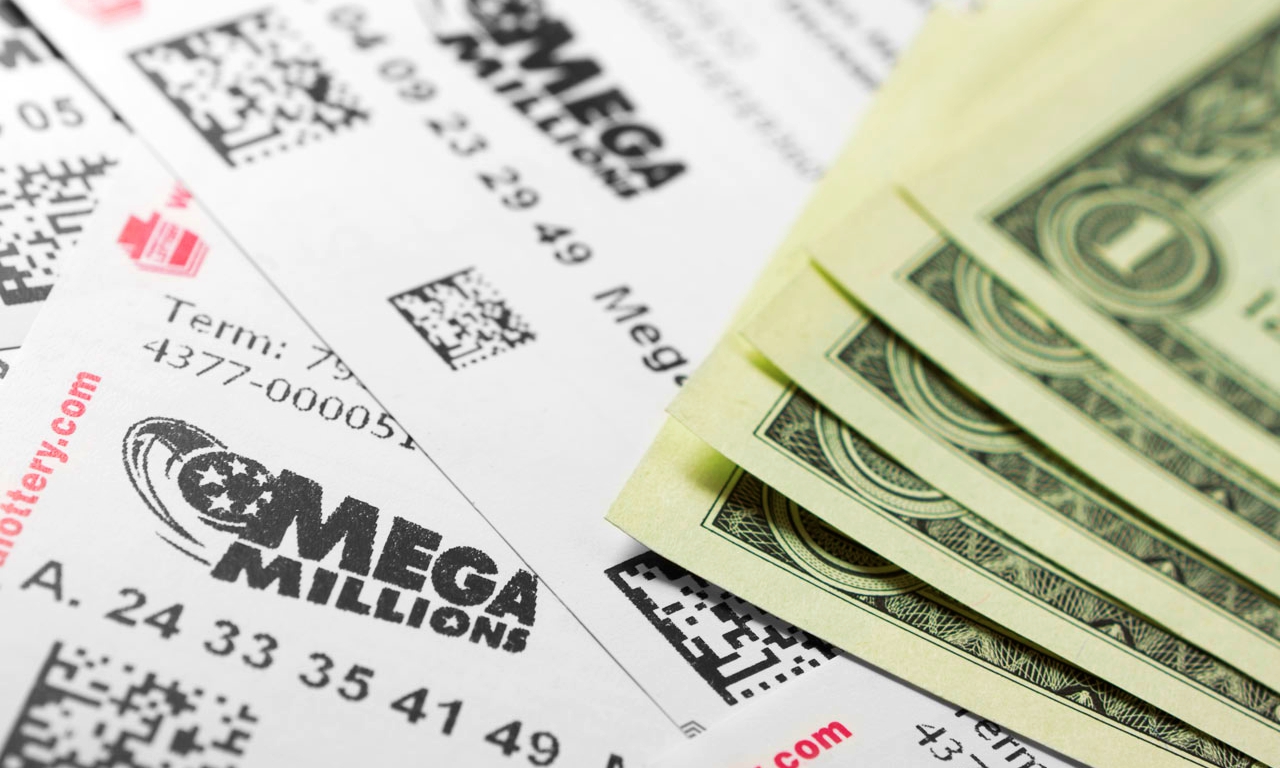 Of course, what’s “crazy” is subjective and a matter of personal taste. However, some purchases make the average person pause. We then wonder what the buyer was thinking or applaud the ingenuity of the purchase. Lotto winners are the worst of all here, as they spend money in crazy ways sometimes.

When money is no object, those crazy purchases can be even more head-scratching curious. Don’t believe us?

Check out these crazy purchases that lotto winners made, and try your hardest not to laugh or feel bad for their idiocy.

We can’t fault anyone for realizing the Earth is doomed and skipping the idea of investing their money here rather than somewhere else. However, Dave Copeland was the only man smart enough to do it. He won a little over $1 million in a lottery from the UK. Because he knew where this planet was headed, he bought an acre of land on the moon.

We’re not sure exactly who you buy moon property from, but we want in! Because Copeland isn’t completely insane, he also bought land on Mars and Venus. Perhaps he’s aiming for an intergalactic real estate empire.

John McGuinness won the UK lottery in 1997, bringing in around $17 million. Like several lotto winners before him, John spent money on a party or two, cars, traveling, and much more. We’re not sure why he spent money on both an apartment AND a house. However, his most significant spend was £4 million in his favorite soccer club, the Livingston FC out of Scotland.

This is a lower division team that did not turn out well. The club eventually went into debt, causing this super fan’s money to disappear faster than superheroes around Thanos. Sadly, soccer is no longer a beautiful game to Mr. McGuinness.

In 1998, Gerald Muswagon won $10 million as part of the Super 7 jackpot lottery. It was a huge deal to win this, so it made sense that he may want to party a bit when winning. However, Gerald never knew where to stop. Lotto winners often spend money on parties, but there are plenty of people that know when they have done this long enough and spend their money elsewhere.

Instead, Gerald spent thousands of dollars hosting parties and drinking massive amounts of alcohol. He spent so much of it that it only took him a few years to spend all of it. Depressed over losing everything, he died by suicide in 2005.

Horseracing has always been a sport for the wealthy. That said, it makes sense that lotto winners might want to spend a bit of money playing the ponies. However, Keith Gough took it to the next level when he won a lottery in The UK. He spent what amounts to around $260,000 for the horses. Gough then ended up spending money on a BMW, Gardener, and Driver.

On top of this, he put around $600,000 down on a house. The racehorses that Keith bought did not go anywhere. Horseracing is for the wealthy because the upkeep of horses is expensive, not to mention the cost of travel, the rider, and much more. Gough would be lucky as a novice if he broke even.

In 1961, Vivan Nicholson lucked out and won the UK lottery. She didn’t lie or pretend when it came to telling people what she might spend her money on. She claimed that she wanted to spend the money on all the luxuries one could have in life. This mostly included clothing.

When it came down to it, she spent every penny on clothes. These were not just any types of clothes either. She spent money on the most expensive designer clothes money could buy. She blew through it all and eventually declared bankruptcy.

10.) Drinking the Problems Away

An Irishman named Peter Lavery managed to win millions in the UK lottery. He knew exactly how to spend it too, relying on his Irish blood to help him decide. He spent £5 million in a whiskey distillery, which was housed in a disused jail in Belfast, Ireland.

Some lotto winners spend money in weird ways, but this has to be one of the weirdest. It just so happens that the move turned out to be genius. While he also invested in rental properties too, both this and the whiskey company turned a profit. He is now doing quite well. Sometimes spending a lot of money on alcohol can be a good thing.

John Kutey won the Mega Million Lottery in 2011 along with six other people. The amount in total was $319 million, which resulted in a split going out to $28.7 million per person. Unlike other lotto winners, Kutey knew what he wanted to do with the money from the start.

He and his wife decided to buy up and destroy a local pool, installing a colossal spray park in its place. They would then invest $200,000 to help build a water park in New York. Thankfully, Kutey has not blown through all of his winnings as of yet. Perhaps he’ll make money back from the park!

When you win millions of dollars in the lottery, most lotto winners blow through the money they get. It seems that Suzanne Mullins didn’t care for the annual payments that the United States lottery offered at the time. She wanted to get it all at once, so she decided to take out a lot of loans.

Due to this, she could never get ahead. The loans eventually grew in debt and could never be paid off. Things got so out of hand that she ended up owing more in the loans than she won through the lottery. She lost all of her assets after several court cases.

Evelyn Adams happens to be one of the luckiest lotto winners in history, having won the lottery twice. This gave her $6 million in total lotto revenue. However, she thought she luckier than most and decided to put it to the test.

This led her to travel to Atlantic City and bet it all, attempting to double her earnings. This may be crazy, but it had the potential to bring in around $12 million if she won every bet she placed. She could technically keep betting and winning possibly, the net even more. However, she ended up losing it all.

Ronnie Music, Jr. did what many others before him have done when he won $3 million in a lottery a few years back. H started a business. However, this lotto winner didn’t go for a company that was the most wholesome or legal venture.

He decided to buy up and then distribute drugs, with crystal meth as the key focus for him. Ronnie was found out, and police found several firearms, thousands of rounds of ammunition, 11 pounds of meth, and multiple cars with $600,000 in cash when they raided his apparent drug den. The man now faces potential life in prison.

When lifelong NASCAR fan Joe Denette won $75.6 million in the Mega Millions lottery back in 2009, he knew exactly what he wanted to do with his new-found fortune: buy a NASCAR team. Opting for a lump sum payment of $46 million, the Virginia native started Joe Denette Motorsports and immediately created a Camping World Truck Series team.

Partnering with Hermie Sadler, a former Nationwide Series regular, Joe Denette Motorsports introduced its first full-time team in the 2011 Camping World Truck Series and is continuing to make a name for itself one truck and race at a time.

Celebrity Plastic Surgery Before and After Photos

It should come as no surprise that cosmetic surgery is a popular choice among lottery winners, with breast implants being a common pick. When 16-year old Callie Rogers won close to $3 million in the UK lottery back in 2003, she purchased breast implants in a massive shopping spree that included four homes, designer clothes, and luxury cars.

Sarah Cockings, another young UK lottery winner, decided to go the altruistic route and used a portion of her nearly $5 million pay-out in 2005 to buy each of her two sisters a pair of new breasts.

When 19-year old Jonathan “Jay” Vargas won $35 million playing the Powerball back in 2008, he wasn’t interested in splurging on cars and houses. He wanted to use the money to combine his two biggest loves: professional wrestling and women. Jay opted for a lump-sum payout of $17 million, rather than the increment payments.

Vargas used a portion of his winnings to create Wrestlicious, a production company based in Tampa Bay, Florida. Its programming featured gorgeous, scantily-clad women in wrestling matches, comedy sketches, and bikini shoots. According to Vargas, Wrestlicious equals “MAD TV + the WWE + Baywatch + Dave Chappelle.” Wrestilicious went into syndication in 2010 and debuted in Great Britain in 2013 on Loaded TV.

We often hear of lottery winners splurging on new cars, homes and luxury vacations, but new body parts? Not so much. That’s until the Dodds hit it big in 2007 when they won nearly $4 million in the UK’s rollover jackpot. Tony and Greta Dodd, both in their 60s at the time, suffered from chronic and debilitating knee pain. It was so problematic that the outgoing couple could no longer dance, swim, play golf, or walk more than a few yards at a time.

Their names landed on the national knee replacement list. So when the big news came that July, the first thing the Dodds did was make an appointment for knee replacement surgery. Now, with two pairs of new knees, the couple has been dancing, golfing and swimming nonstop ever since.

1.) Drugged Out of Their Mind

Winning the lottery is supposed to open the door to new experiences and a new life, not a drug habit. However, that’s what happened to lottery winner Willie Hurt of Lansing, Michigan. Back in 1989, Hurt won approximately $3.1 million in the Michigan lottery but lost it all to a new crack cocaine habit in just two years.

By the end of 1991, not only did Hurt smoke-away his fortune, but he was also newly divorced, lost custody of his three children and was facing an attempted murder charge. Powerball winner Jack Whittaker didn’t fare much better, either. In 2002, the West Virginian won $315 million in the lottery. However, not too long after, his daughter and granddaughter were dead from drug overdoses.

Click next to learn about excessive purchases from celebrities.