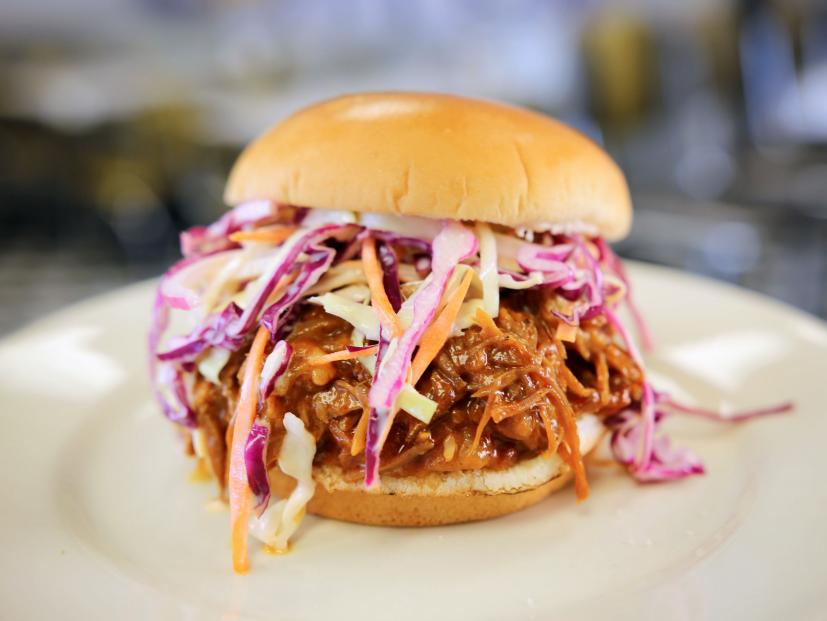 There is always one thing to look forward to each year in the summertime, and that is the food. Especially barbecue foods. Sure, you’ll see bikini girls or shirtless guys. However, we all know the food is going to be a bigger favorite than that next summer mistake of yours. BBQ has been a staple of the summertime, despite being a year-round food.

Everyone makes the mistake of thinking they can just throw stuff on the grill and call it real. We at Top 5 want to save you the embarrassment of not having good food this summer, so we added five great recipes. Just us when we say you’ll need to try these great BBQ recipes this summer.

It is almost impossible to go through a summer period and not have BBQ ribs or baked beans. They are offered at every cookout, regardless of where you go it seems. While various restaurants will offer this meal, many of them have special ways they prepare their meats. You can do the same thing at home. The best option is to find a sauce you’re a big fan of, or create your own. Most people would use a created sauce, which could be anything really.

Things like wine, mixed with a few spices that you enjoy could be excellent to have them soak in while you put them in the fridge to thaw out. Let them stay in there for a day in that, then smoke them, something along the lines of about 2 to 3 hours. Simply add baked beans as a fun addition as a side. We would recommend adding similar spices to the baked beans that you added to the ribs to let the meal flow well.

When living in the south, you learn two things. You can fry anything, and everything can be barbecued. Shrimp falls into that category, and a recipe called Alabama White BBQ Shrimp will surely be a hit with the seafood fans you have around. The recipe goes as follows:

Standard mayo-based white sauce with the addition of vinegar, horseradish, and mustard. The tangy kick may seemingly sound completely crazy, but somehow it works for shrimp and could for other seafoods. Normally, you would add a side to seafood like bread or a potato based helper. With this, we recommend fried potatoes. They can be made within ten minutes on your grill or in a pan inside on the stove.

Really, there may not be a bigger staple outside of ribs and burgers for must have summer foods than chicken recipes. They are always a hit as kids and adults tend to always lean that direction. However, there is a bit of a kicker you could add to this. Instead of a standard breast or thigh for this, go for boneless-skinless chicken tenders. They’re at every supermarket, and usually $5 and under for medium-sized bag.

What you’ll need to do is grab garlic powder, tomato sauce, and oregano. Add what you feel is sufficient for all three. Seriously. Make the sauce using this and throw the tenders in a bag filled with this, letting it totally become emerged in the now marinade. Let them sit in the fridge overnight. The next day, take them out and put them on a pan and cook away, adding things like creole and more tomato sauce if you want.

From here you’ll have a meal you can BBQ easily on a grill outside or inside and serve with things like rice or noodles. Both super easy and fast to make. The texture will be amazing and it’ll add a kicker to any party you’re part of. One way of handling this would be to cut up the chicken, add noodles, and make pasta with all the same tools. Really, there are endless possibilities with this one.

Everyone has something like pulled pork at their BBQ gatherings with friends or just normal summer meal times with their family. For some reason, pulled pork feels like it’s a summer food that you have to have this time of year. However, people eat the stuff all year long. How should you prepare your pulled pork? It all depends on the kind of person you are, but a lot of people like a sweet sauce with their pulled pork.

When preparing the meal, you’ll need to use a large bowl, then add the BBQ sauce, brown sugar, dried mustard, and garlic powder. Whisk this together until smooth. Afterward, you’ll need to lay the pork along the bottom of the crockpot. Pour the BBQ mixture on top of the pork, covering them evenly. No need to stir or toss pork. Cover and cook on high for 4 hours (or 8 hours on low). Then simply add coleslaw as a side, which can be found already prepared at most grocery stores this time of year. Or make your own version.

We all have that one person we know is a vegetarian. It is tough to deal with not having food for those people when they come to your gathering. Family or friend, you love them but you don’t want to go all out for them. Here’s the recipe for those vegetarians coming or perhaps something you may want to make this summer. It’s called Campfire Potatoes and comes courtesy of Delish.com. With this dish, you’ll need:

2 lb. mini yukon gold potatoes, quartered. 2 tbsp. extra-virgin olive oil, 1 tsp. garlic powder, 1 tsp. dried oregano, kosher salt, freshly ground black pepper, 2 c. shredded mozzarella, 1 c. freshly grated Parmesan. Finally, for garnish, you’ll need chopped fresh parsley and crushed red pepper flakes. A lot of this you’ll probably have around the house, making it an easy addition to the party. If not, most of these are inexpensive at most stores. How do you cook it though? We have you covered there as well.

Preheat the grill to medium-high, or preheat the oven to 425º. Cut 4 large pieces of foil about 10” long. In a large bowl, toss potatoes with olive oil, garlic powder, and oregano and season with salt and pepper. Divide potatoes between foil pieces, then fold the foil packets crosswise to completely cover the potatoes. Roll the top and bottom edges to seal them closed.

Place foil packets on the grill and cook until just cooked through, 10 to 15 minutes. (Or transfer to the oven and bake about 15 minutes.) Sprinkle mozzarella and Parmesan on top of the potatoes and reseal the foil packet. Cook until cheese is melted, about 5 minutes. Finally, top with parsley and red pepper flakes and serve warm. They are excellent when you add garlic rolls on the side, but that is just us being naughty with our garlic love.