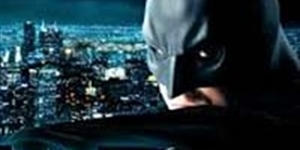 The Batman. He is arguably the most popular superhero in the world, he is, inarguably, the greatest. First created in 1939 for Detective Comics by Bob Kane and Bill Finger, he first stepped off the page in a couple of low budget serial movies (1943’s The Batman , 1948’s Batman and Robin) , before exploding as a pop culture phenomenon via the campy 1960s television show starring Adam West. The blockbuster movie series began by Tim Burton in 1989, and quite famously crashed by Joel Schumacher with the ‘97 debacle Batman and Robin only served to further cement the Caped Crusader in the public eye, paving the way for his glorious cinematic rebirth in 2005, thanks to one Christopher Nolan. So how do the films stack up against each other? Like this:

Christopher Nolan was tasked with reviving Batman’s film career, after the cancer known as Batman and Robin cut it down in its (arguable) prime. He took things back to the beginning, deciding to fill us in on the space between the murder of Bruce’s parents and his donning the cowl, in a way the movie-going public had never been privy to before. The result is a morally and emotionally complex action flick that reintroduces us to the superhero in grand fashion. Nolan also wisely took the opportunity to show off villains the general public was largely unaware of, in the form of Cillian Murphy as the prickly Scarecrow, and the always-reliable Liam Neeson as Batman frenemy Ra’s Al Ghul. Christian Bale sprang that raspy Bat-growl on us for the first time, and the rest is Bat-history.

Tim Burton’s blockbuster film ushered in a new era of comic adaptations and introduced the general public to the darker Batman of the modern era, boasting a soundtrack by none other than Prince and featuring Jack Nicholson’s (at that time) definitive Joker, which is really just Jack Nicholson in clown makeup, but damned if that doesn’t work out fine. Michael Keaton surprised audiences with his intimidating Batman and brooding Bruce Wayne, and even if the film hasn’t necessarily aged well in some spots, it definitely set the high bar for superhero movies in its time, with its first-rate art direction, production values, and hard-hitting action. The scene of Joker and his thugs destroying works of art in a museum while blasting Prince tunes on a boom box will never die, though will it will eternally scream “1989”.

Batman: The Animated Series was one of the best programs of its kind, ever. It spawned this feature film that was released theatrically, yet underperformed, in spite of it probably being the best Bat movie up to that point. The story concerns Batman (voiced by Kevin Conroy) dealing with the arrival of a murderous vigilante (The Phantasm, of the title) who is targeting Gotham’s mobsters in the present day, while the story of his last great love in the days leading to the creation of his crime-fighting persona are shown in flashback. This film has more brain and heart to it than all of the Burton or Schumacher entries combined, as was typical of an episode of the series. Taking an always welcome supporting role is The Joker, voiced by Mark “Luke Skywalker” Hammill, who handled the voice work on the animated series, its offshoot features and spinoff series, and videogame properties, right up to last year’s Arkham City. Mask Of The Phantasm is a forgotten gem. Look into it.

This is a film that gives what is possibly the most satisfying conclusion any blockbuster film series has ever provided, and without question the most emotional resonance ever granted by a superhero film. Despite some glaring plot-holes we wont go into here, TDKR rises on the strength of Bale’s best performance of the entire series, Tom Hardy’s amusing and terrifying Bane, Michael Caine’s soulful Alfred, and (finally) the addition of an interesting female lead, in the form of Anne Hathaway’s Selina Kyle/Catwoman (also brought back to her comic roots as a career thief and grifter, a far cry from Burton’s mousy secretary turned undead psycho). Things are brought full circle back to the first film in the series, Batman Begins, in more ways than one, while putting the hero through his most arduous and (literally) backbreaking journey yet. The final montage pays off in big dividends.

The reader is most likely not surprised. Not only is it the most successful and acclaimed Batman film of all time, it is the most acclaimed and respected superhero/comic movie period (possibly tied by 2012’s Avengers). The Empire Strikes Back of Nolan’s Bat-Trilogy, TDK contains the late Heath Ledger’s immortal take on Batman’s greatest nemesis, The Joker, and eschews the joy buzzers and whoopee cushions in favor of something more akin to the characters original comic appearance from 1940: simply a murderous criminal mastermind who happens to look like a clown and is prone to fits of maniacal laughter. Aaron Eckhart has never gotten as much praise as he deserves for his portrayal of the crusading D.A. Harvey Dent, who eventually becomes the villainous Two-Face. The choice made by Batman at the end still strikes a powerful chord, and helps secure The Dark Knight’s spot in a place far away from other comic adaptations.

Batman Returns (1992) – though veering a bit far off into dark and scary Tim Burton-land for some tastes, and Batman taking a definite backseat in his own movie, Danny DeVito and Michelle Pfeiffer turn in spectacular performances as The Penguin and Catwoman.

Batman Forever (1995) – most consider this the sounding death knell for the series began by Burton, but Joel Schumacher’s first (admittedly quite goofy) Batfilm has some interesting things to say about Bruce Wayne, some hilarious moments from Jim Carrey’s Riddler, and manages to introduce Robin in style.

That’s our call on the Batman movie situation. If you feel differently, let us know.