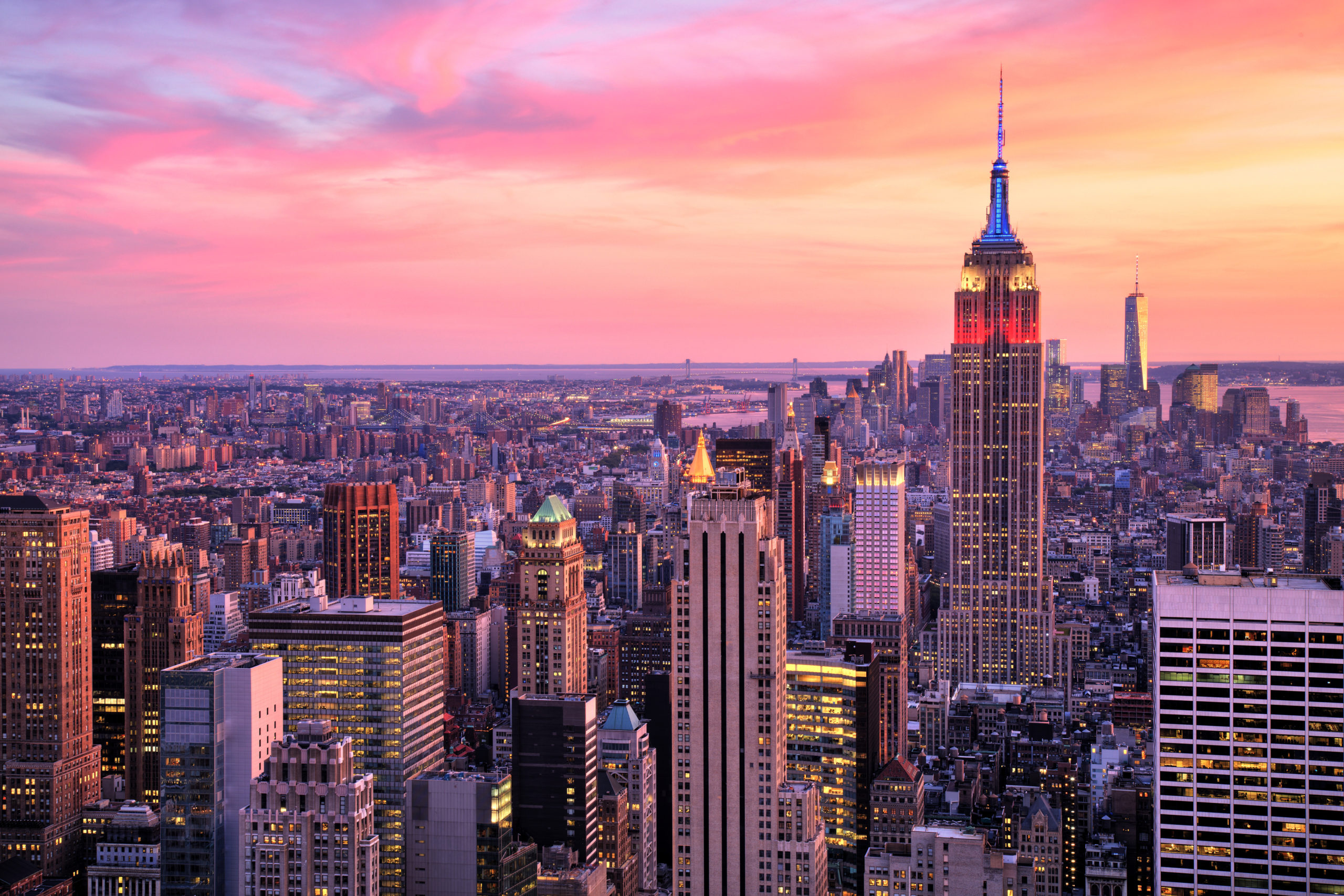 Four million people a year visit the Empire State Building. In 2010 alone, visitors generated $60 million in profits. Pretty impressive, when you consider it only cost $41 million to build. Granted, that doesn’t take inflation into account—which would put the cost around $610 million. But, no matter how you add it up, there’s no arguing that the Empire State Building hasn’t lost its magic and is still one of the most emblematic landmarks of the Big Apple.

The sturdiness of this emblematic building was put to the test on July 28, 1945, when a ten-ton B-25 bomber got lost in fog and flew straight into the building between floors 78 and 80. One of the airplane’s engines punched a hole straight through the building, while the other engine and the landing gear fell down one of the elevator shafts. The crash killed 14 people and started a huge fire. As of 2013, this is the only fire at this height that has been successfully extinguished.

The best time to view the Empire State Building is probably at night when it is illuminated by its cutting-edge LED lighting system. The lighting is so spectacular, the New York Times reported about visitors claiming its lights were stealing the show during the 37th Annual Macy’s Fourth of July fireworks presentation. The new lights provide a palette of 16 million colors to paint the Empire State Building with the flick of a switch. The Empire State Building even accepts requests. Visit their website esbnyc.com to make a request for special lighting. As just one example, on June 5, 2013, the building was lit up blue, turquoise, orange, green and red, in honor of Caribbean week.

Every year, the Empire State Building hosts the Empire State Building Run Up, a race from the lobby to the 86th-floor observatory, 1,050 feet above. That’s a vertical rise of a 1/5 mile over 1,576 steps. As of 2013, the fastest runner was Australian Paul Crake, who made it to the top in 9 minutes and 33 seconds. That’s a pace of nearly three steps per second. If you would like to join this exclusive race, though, you’d better be good at fundraising: The race is organized by the Multiple Myeloma Research Foundation (MMRF); each runner must commit to fundraising a minimum of $2,500 as one of the qualifications for selection.

Because of its height, and steel construction, the Empire State Building is a perfect lightning rod. The static buildup is so huge that even on clear days, couples visiting the observatory often report seeing sparks of light and feel their lips crackling when they kiss. For another way to visualize the static electricity, stick your hands through the railings of the observatory’s fence. If the atmospheric conditions are right, you will hear a hissing sound and see a stream of what looks like fire discharge from your fingerprints. This phenomena, which is called St. Elmo’s Fire and is usually seen on mountains and at the top of ship masts, is harmless (but will probably leave you a mild tingling sensation).

Not only was the Empire State Building the tallest building in the world when it was constructed in 1931, until 1973 (when the Sears Tower was built), it’s still the fastest construction for a building this size. From groundbreaking in March 17, 1930, it only took one year and 45 days to complete. The framework of the building rose at a freakishly fast rate of 4-1/2 stories a week. Compare that with the Elite Residence building in Dubai, which is only 3 feet shorter than the Empire State Building but took six years to build.
Must Read
Ein Mürrischer Kunde Erinnert Die Kellnerin An Ihren Großvater, Und Dann Passiert Das Undenkbare
Renovador Encuentra Una Antigua Reliquia Oculta En Una Chimenea
Un Hombre Instala Cámara En El Coche, Descubre La Estafa Del Mecánico