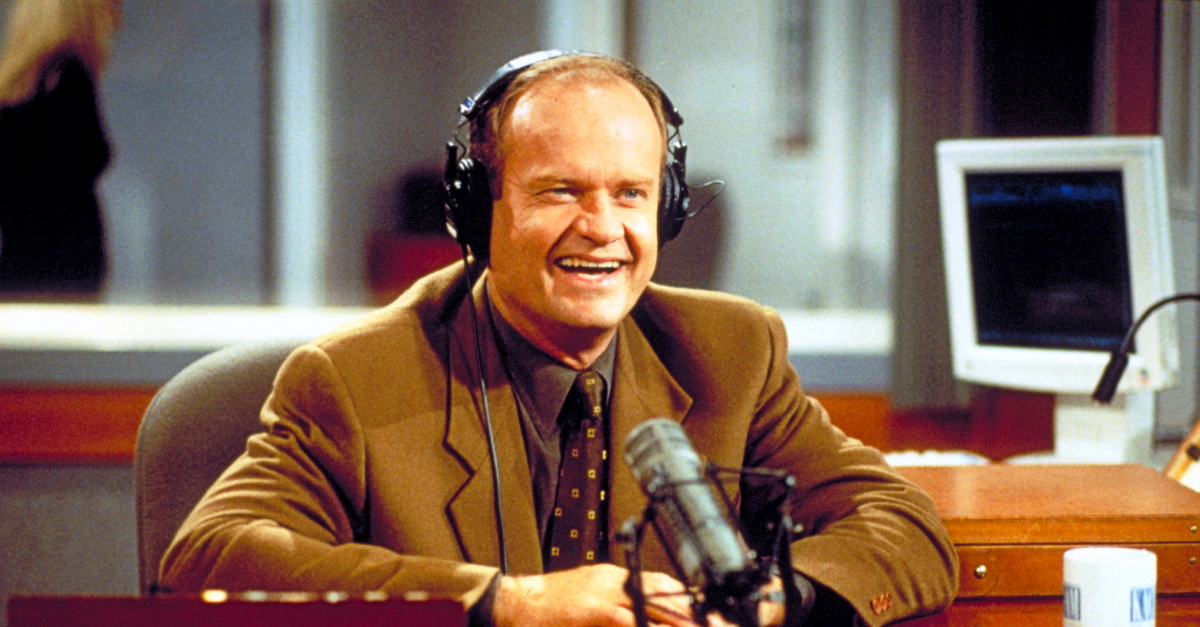 Actors who play leading roles in successful television shows usually enjoy the benefits and are well compensated. As a result, they can live comfortably. Would you be surprised if we said they made money by not doing anything?

That’s correct. If they’re lucky, actors and actresses might earn a lot of money from reruns of the series they appeared in. Some people are even paid well enough that they don’t need to work. Here are some of your favorite actors, along with the amount of money they make from reruns each year.

Kelsey Grammar starred in the triumphant sitcom Cheers as the witty psychiatrist. The character received so much praise, which resulted in him getting his own spin-off show- Frasier. The narrative followed Frasier Crane as he went about his business in Seattle.

The show was very popular and ran for 11 seasons. “Frasier” concluded in 2004; however, there have been numerous reruns since then. Enough to earn Kelsey Grammar up to $13 million each year.

It’s no secret that George Clooney has an impressive resume, having starred in several critically acclaimed films. Nevertheless, since the show ceased airing in 2009, Clooney has received 13 million dollars annually from reruns.

The Big Bang Theory was a well-known series that ended after 12 successful seasons. This highly successful show had clever and cerebral humor that appealed to people of all ages. The show concluded in 2019.

Jim Parsons portrayed the strange and eccentric Sheldon Cooper. He became an instant hit thanks to his unique demeanor and comments. Jim Parsons earns up to ten million dollars a year from reruns.

Johnny Galecki is well-known for his role as Leonard Hofstadter. The Big Bang Theory ran for twelve years. His lovable character was seemingly normal compared to the rest of the characters. Leonard tended to be regarded as its protagonist and leader in the series.

Johnny’s character showcased the most character development over the duration of the show, which was illustrated when he married the beautiful Penny. Thanks to reruns, Johnny Galecki earns 10-million dollars annually.

Everybody knows the hit television show Friends. The show led the way in sitcom innovation by building on giants like Seinfeld and Cheers. Many individuals believe that Friends hit the nail on the head.

One of the six main characters in the film is played by David Schwimmer, who plays Ross Geller. He was a slightly geeky Paleontologist brother to Courteney Cox’s character, Monica Geller. As a result of reruns, he earns up to $20 million annually.

The show’s cast members weren’t exactly household names when Friends first aired, but they gained a lot of traction thanks to their charisma onscreen. Jennifer Aniston was among those.

She was cast as Rachel Green, an unlucky waitress who walked away from her family’s money to pursue her dreams. The series featured a pivotal “will they or won’t they?” segment, in which she played opposite David Schwimmer. Each year, she shares with her co-stars 20 million dollars in rerun money.

Matthew Perry starred in the famous TV show Friends. The show successfully ran for more than ten years and is now showing on the channel Nickelodeon after the company purchased it.

His character, Chandler Bing, was well-known for being witty and sarcastic and always made the group feel better with his silly jokes. His residual income from reruns also amounts to 20 million dollars per year.

Courtney Cox portrayed Monica Geller on the show Friends. She was Ross Geller’s sister who loved cleaning! The chemistry between Ross and Monica was amazing, and they were very believable as brother and sister.

Monica Geller spent a good portion of the show showcasing her love for cleaning and was considered a neat freak. She oftentimes lived in the shadow of her mother. The show was centered around her apartment, and the group spent a lot of time hanging out there after work. Courtney takes home 20 million dollars per year for reruns, thanks to the show’s success.

After the conclusion of the TV show Friends, Joey, portrayed by Matt Leblanc, was the only character from the show which received a spin-off show. It was not as famous as Friends, but it was still quite impressive that he received his own show.

In the show Friends, Joey was the Italian-American trying to make it big as an actor. His character was quite naive, much like Phoebe. However, the audience loved him, and he received 20-million dollars per year for reruns.

We couldn’t complete this list without the sixth Friends member – Lisa Kudrow. Kudrow has made numerous guest appearances in sitcoms after the Friends finale. But she wouldn’t have to with her rerun cash.

Kudrow played the character Pheobe in Friends. She was just as naive as Joey, if not more, and seemed happy with the little things in life like busking for money and driving a cab. Kudrow earns a shared 20 million dollars a year like all of her coworkers.

Will Smith’s career exploded after starring as largely himself in The Fresh Prince of Bel-Air. The show followed his exploits as he got into trouble with his wealthy Uncle that he lived with, especially since they often didn’t see eye-to-eye.

But even years after his performance, it’s said that he makes around $100 per episode. We’d say that’s pretty good when it’s just money in his pocket for work he’s already done.

The Brady Bunch has to be the oldest show on this list. With five seasons ending in 1984. Maureen McCormick easily found work as a successful actress after her time with the show.

But unfortunately, all of the members of the cast have strict clauses in their contracts that say they won’t get any residual rerun money. This means that she doesn’t make anything off of the show’s reruns.

That Seventies Show portrayed the life of a few teenage friends growing up in the American suburbs in the seventies. We get to see the lead character get into decade-relevant hijinks with his friends, all while trying to keep it a secret from his baby boomer dad.

Topher Grace played the role of Eric Forman in That Seventies Show. Although we’re not sure how much he makes off of residuals, he has said in an interview that it’s enough to live comfortably and not have to pursue big studio films.

“The Simpsons” still manages to be the longest-running animated show of all time, and for a good reason. So many generations have grown up watching The Simpsons, and it still hasn’t even come to an end.

Nancy Cartwright has played Bart Simpson since the beginning and has gotten a lot of voice actor work because of it. Because she still plays a role in the show, she is paid $400,000 per episode and a whopping 20 million dollars for reruns.