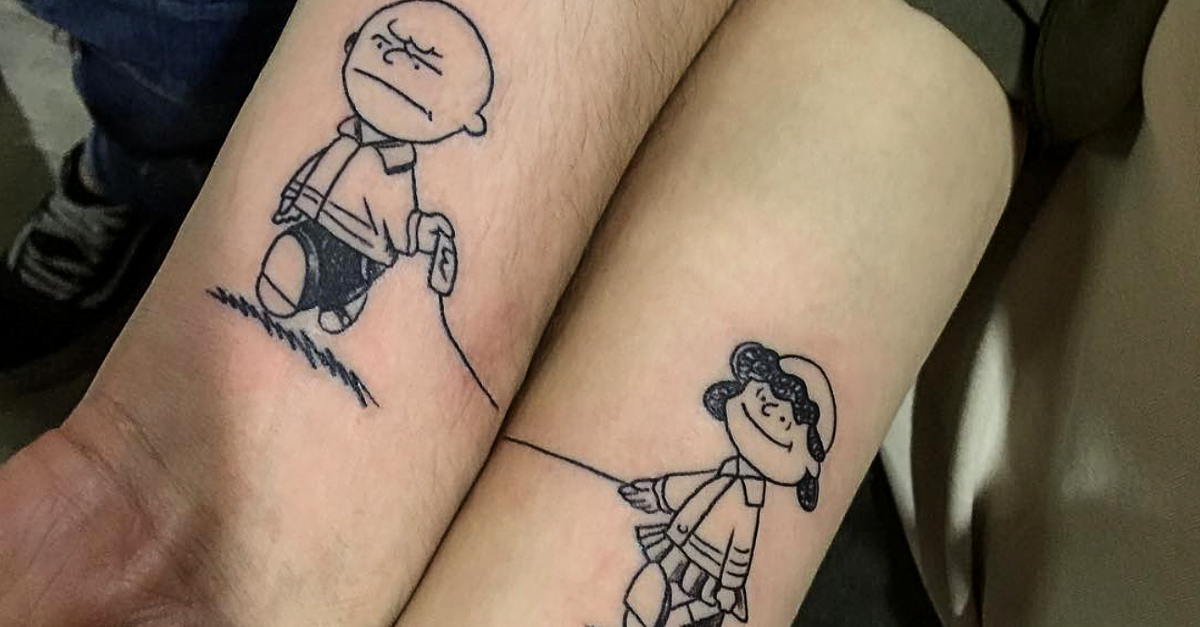 Tattoos are an ancient cultural practice, and it is still prevalent currently. They were used in coming-of-age ceremonies and also in ceremonial rituals. But today, it’s used as an expression of the self.

The individuality of an expressive form of art leads to many different types and styles of tattoos. Some of the most creative tattoos follow.

Parents always want the best for their children. Being bullied about their appearance or disliking any part of who they are is the last thing a parent wants for their child. This parent did something endearing.

In solidarity and as an act of love, this parent got an identical tattoo of his child’s birthmark even though it had not been necessary. So the child will never feel like they are too different.

They found a 2nd-grade report card their dad signed with this beautiful message. They could remind themselves of something in their daily life now that their father is no longer with them.

This tattoo might be strange to some and not to everyone’s taste. It’s a tattoo of a six-speed gearbox, but why? The reason behind it will tear at your heart. It is for their friend who passed away in a car accident.

They got the tattoo because it had been their friend’s passion. Their friend had been an aspiring race car driver and almost achieved success before their life ended.

This tattoo of a sickly older woman’s hand holding a toddler’s hand is very touching. It is a tattoo done of a picture of someone in the hospital.

An endearing way to remember a loved family member. To take a picture of the last time, you held their hand. This tattoo has a special meaning for the person who got it.

One way to commemorate a memory is to get a tattoo of it. It might be two friends or a couple enjoying each other’s company.

It is a perfect way of ensuring you don’t forget a point in your life and the people you spent it with. A tattoo like this can transport you to more manageable times when life doesn’t necessarily go as planned.

Another way to commemorate a parent would be to get their tattoo signature. This girl’s dad died in a tragic accident when she was only four years old. This tattoo was for him.

After finding his signature on some old military papers, she knew she wanted it as a tattoo. This way, she could always have him with her and honor his years of service.

This beautiful piece of art, with an even more beautiful meaning, is to honor her grandmother. This is a very sentimental tattoo for this lady.

The four-leaf clover is associated with St. Patrick’s Day, which was also her grandmother’s birthday. So the 17th of March has always been a little bit more special for her.

This tattoo might be ambiguous to anyone who doesn’t know the more profound meaning. It could be anything, but for this person, it had been a reminder of how far they have come and how strong they are.

This tattoo is a tally of how long this person has been sober. Seeing this tattoo might give this person the strength to endure hard times by visiting how many years they’ve done it. A tattoo in celebration of their strong will.

Matching tattoos are exceptional. It’s a commitment that you could never really abandon. This duo got these tattoos as a reminder that no matter the distance between them, they would always be close in spirit, whether they were a couple, friends, or, more likely, siblings.

No matter what relationship they have, we can see that they must mean a lot to each other. Getting a matching tattoo is a life-long commitment.

We’ve shown you a quote from a father and even a signature from another. But what about the mothers? Here’s a tattoo dedicated to an individual’s mother who passed away, and the meaning behind it is touching.

All through life, we have our mothers there to give us advice. Often, they tend to repeat the same phrase to try to drill it into our heads. This woman now has her favorite bit of advice from her mother on her arm to always look back at.

Anyone looking at this tattoo probably thinks this person is crazy, right? It’s just a culmination of dots and numbers. Well, they got it for their children to play connect-the-dots on. Does anyone remember that game?

If they manage to connect each dot with a marker, they’ll end up with a humorous and fun picture hidden that was right in front of them. It ends up being a giraffe!

This tattoo is very heartwarming at first glance, but the more you look at it, the sadder it is. It shows that it needs its matching tattoo to be whole. There’s another person that got a tattoo with this individual that is the other half of this hug.

When they’re together, you can see the full picture, but when they’re apart, it leaves a haunting gap where the other one should be.

Does that tattoo look familiar? Well, it’s the missing half of the previous tattoo. Now you can get a clearer picture of what’s going on.

We’re not sure if these two individuals had to leave each other. Maybe one had to move away? But it doesn’t matter. This tattoo shows how much they mean to each other.

Here’s a pretty piece of line art that depicts a giraffe. But there’s more to it than that if you look a little closer at what the lines actually spell out. The lines actually read, “stand tall.” Now that’s a fitting quote for a giraffe.

This tattoo is a reminder about the trepidations of life and how it’s not always easy being human. But as long as we learn from our mistakes and stand tall in life, everything will work out.