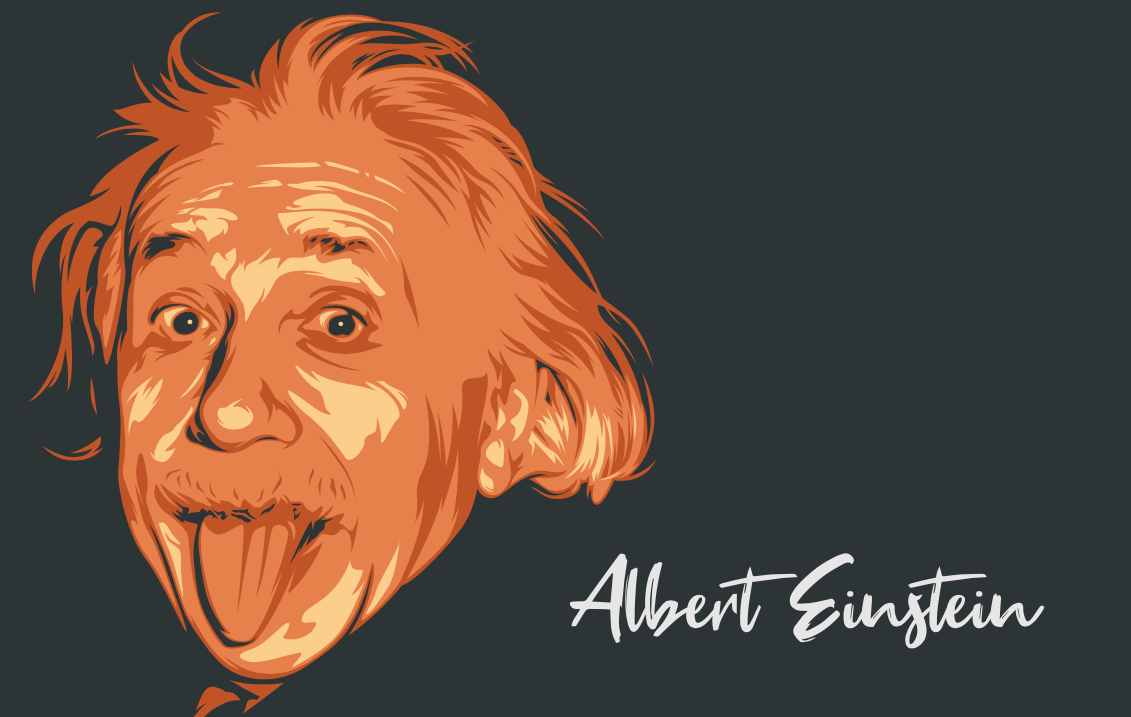 Guess what, Al? No one gets to go around being the beloved scientist and mathematician so brilliant that his very surname has come to be synonymous with genius. Not when we managed to scrape together five not-so-Nobel (heh) facts about you. Sure, Einstein changed the way we look at science and, arguably, the entire world. And yes, he contributed more in his lifetime than most of us could in the course of centuries. But that’s no reason not to make fun of his hair.

Einstein’s appearance was part disregard, part planning. He knew exactly how he came across, with his wild hair and mustache, and his “look” was not merely that of a scientist too wrapped up in his work for grooming, Einstein was creating an image of himself – a brand, even.

4 Absentee Father to His Biological Kids

Dr. Einstein was an absentee father to his biological kids, but not to his adoptive kids. After ditching his first wife, Mileva, Einstein had at best a strained relationship with his boys, Hans, who would resent his father for years, and Eduard, who ended up in a clinic likely with schizophrenia. On the other hand, Einstein doted over Ilse and Margot, the children of his wife/cousin Elsa, and wrote them letters almost every day when he was away on his frequent travels.

3 Einstein Had an Affair

Einstein had an affair with – and then married – Elsa Löwenthal. Their relationship started in 1912, so you can see Al did a bit of two-timing. Further complicating things was the fact that the new Mrs. A was already rather close to Albert, being his cousin on both the maternal and fraternal sides. Their marriage, in fact, was only sanctioned by the church once they promised to never procreate together. This is all well and good, but doesn’t change the fact that he married his double-cousin, for lack of a better term.

In 1903, a year after the birth of their first child (fate unknown), Albert married Mileva Maric. The couple went on to have two more kids, both boys, in wedlock. But said wedlock was not to last. In 1914, Einstein moved to Berlin, became a German citizen, and accepted a post as Director of the Kaiser Wilhelm Physical Institute and a professorship at the University of Berlin. He devoted himself entirely to his studies and teaching, neglecting Mileva until five years later, in 1919, they divorced.

No Einstein, no nuclear weapons. Sort of. While Einstein was not a principal architect of the Manhattan Project that led to the development of the world’s first nuclear weapons, it is widely accepted that it was a letter Einstein wrote to FDR that convinced the president to massively ramp up research and eventual production of nuclear weaponry. Sure, the Germans were working on a nuclear weapons program and Einstein wanted America to have nukes before the armies of the Third Reich and all, but still. He expressed regret at his involvement in the process a decade after WWII had ended.
Must Read
Identifying the Different Cuts of Beef
Mom Wants To Have The Biggest Cheeks In The World
Boss Finds Note After Reducing Senior Worker's Vacation Days