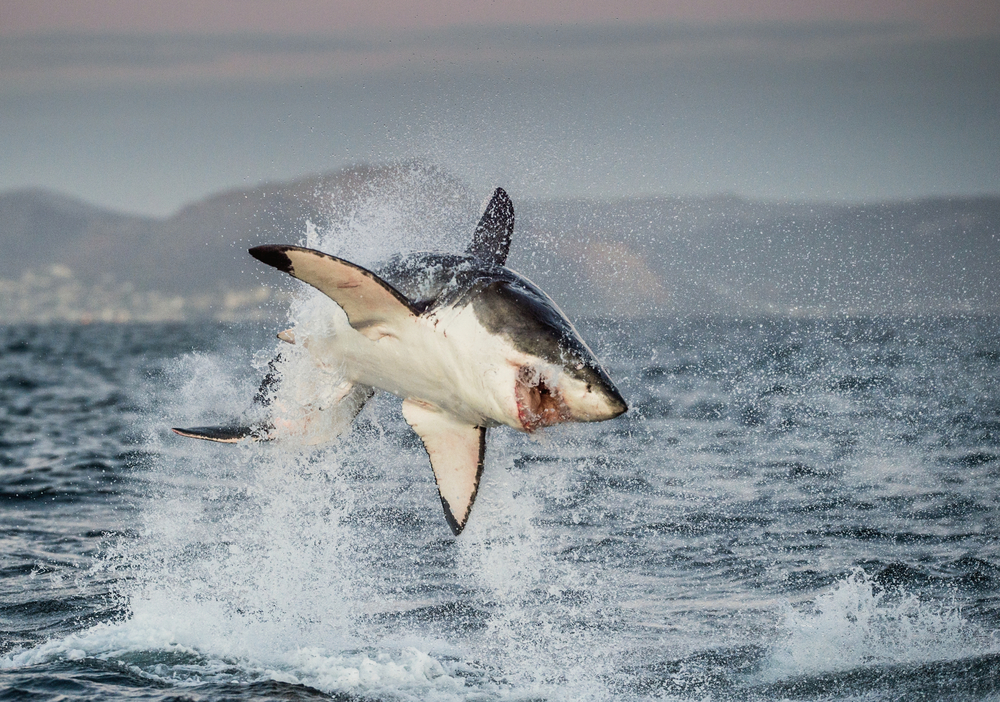 We all know that shark attacks on humans are infrequent occurrences. More people die annually from dog bites, bee stings, lightning strikes and falling vending machines than are ripped apart by the horrid jaws of a great white or savagely mauled by a frenzied pack of tiger sharks. So why are these rare events featured so prominently in the universal human narrative? Perhaps because a shark attack is just about the most goddamn terrifying thing imaginable. In fact, if you can imagine a more frightening fate than that suffered by the people in these accounts of real-life shark attacks, then you are hereby uninvited from our next birthday party.

Here are the most terrifying shark attacks of all time:

During a 2004 diving trip, Cliff Zimmerman was three feet away from Randall Fry. Then Zimmerman heard a noise and felt something big moving around him.

Then all of a sudden, there was a huge shark that came out of nowhere and killed Fry. Both the shark and Fry disappeared and they were never seen again.

David Lilienfeld was a South African championship body-boarder who was killed by a big great white shark. It measured between 13 and 16 feet long.

The shark attacked Lilienfeld 3 times. Sadly, the third attack was fatal. The paramedics couldn’t get to the injured man as the shark was still circling around his body. Lilienfeld died of massive blood loss.

On April 2015, Elio Canestri was a 13-year-old who loved to play in the ocean. While he and his friends were in the water, a shark grabbed the boy’s right arm and abdomen.

A boat came to help him, but he died soon after due to massive blood loss.

There was a group of beachgoers who were enjoying swimming in December 1952. A 17-year-old that goes by the name, Barry Wilson, got attacked by a shark. The shark came out from the water, sunk his teeth into the teen, and dragged him underwater.

When people saw him again, there was a lot of blood in the water. A little while later, Wilson died due to massive blood loss.

Erich Ritter was a TV presenter and a respected shark expert and he was filming a series for Shark Week in 2003. During the filming, he was attacked by a giant bull shark.

He lost half of his left calf during this attack. The attack was captured on camera and it has been seen by 10 million people.

19-year-old Heather Boswell lost a leg during a shark attack in 1994. She was swimming next to a boat when a shark grabbed on to her leg and took her under water.

Thankfully, Heather Boswell survived because her friends were able to grab and pull her out of the water quick enough.

A 20-year old German tourist named Jana Lutteropp, was on vacation in 2013 when she was attacked by a tiger shark. She was snorkeling when the shark bit off her right arm.

She was carried out of the water and brought to a hospital. A week later, she died due to her injuries.

In September 2001, David was a 10-year-old boy who was on vacation with his family when he was attacked by a shark. Witnesses said Peltier was playing with his friends when a shark swam through and attacked him.

David’s father rushed over to try and save his son, but the boy later died in the hospital due to his wounds.

Todd Endris was surfing in August 2007 when a great white shark approached him and almost ripped his skin off his back.

Then bottlenose dolphins interviewed and saved Endris. It allowed him to get to shore. His friend saved his life.

In 2015, Mick Fanning was surfing and he was about to ride a wave in during a surfing competition. Then a big shark appeared out of nowhere and attacked him.

He was able to stay calm and avoid any bites. Right after the shark left, rescuers picked him up via jet ski.

Rodney Fox is one of the few people who can rightfully claimed to have fought a shark with his bare hands… and won! While taking part in a spear fishing competition, Fox was attacked by a large shark which sank its jaws into his chest and arm. Fox gouged at the animal’s eyes and then wrapped his arms around it so the mighty beast couldn’t, y’know, eat him.

They surfaced together, and Fox then kicked the shark plural times until he was finally pulled from the sea by the crew of a nearby boat. Every rib on one side of his body was broken and he needed nearly 400 stitches all told, but Fox went on to live an ostensibly normal life… devoted to shark conservation!

Most shark attacks are actually cases of mistaken identity, with sharks seeking prey more desirable than us bony humans. That’s why they usually spit us out after a chomp or two. But that wasn’t the fate of Robert Pamperin, a man who died after a shark attack off the San Diego coast in 1959.

Or at least we have to assume as much, because no trace of Pamperin beyond a single swimming fin was ever found. Based off an eyewitness account of the attack, Pamperin was bitten, dragged underwater and then devoured whole.

In 1984 a fifteen day period saw four shark attacks take place along one limited stretch of the American Pacific coastline. One diver was killed, and four other individuals were bitten but survived. A great white was implicated in all four incidents, and it is quite likely all four attacks were the work of one shark.

To put this two streak of shark attacks on context, fewer than 110 attacks occurred in the same stretch of waters throughout the whole 20th century.

2.) The Shark Attacks Behind Jaws

Get ready to crawl under the covers: Steven Spielberg’s blockbuster film Jaws was based off of a series of real events (OK, it was based off Peter Benchley’s book, but that was inspired by history). In the summer of 1916, five separate shark attacks in the New Jersey Shore were linked to a single great white.

And this shark wasn’t content to merely chomp on oceangoing swimmers; no, it even swam inland up rivers and creeks, attacking people many miles from the shore!

The worst shark attack in recorded history came as the culmination of a series of tragic events. On July 30th, 1945, just a few short weeks before the end of WWII, a Japanese sub sank the USS Indianapolis, a ship carrying nearly a thousand American serviceman. Some 320 men were rescued four days later.

Most of those lost died not in the initial attack, but from a feeding frenzy of horrific proportions. Nearly 600 men died floating in the Pacific Ocean, some from exposure or dehydration, most killed by sharks.

Do you want to read more about deadly animals? Click the next button to see the deadliest animals in the world.