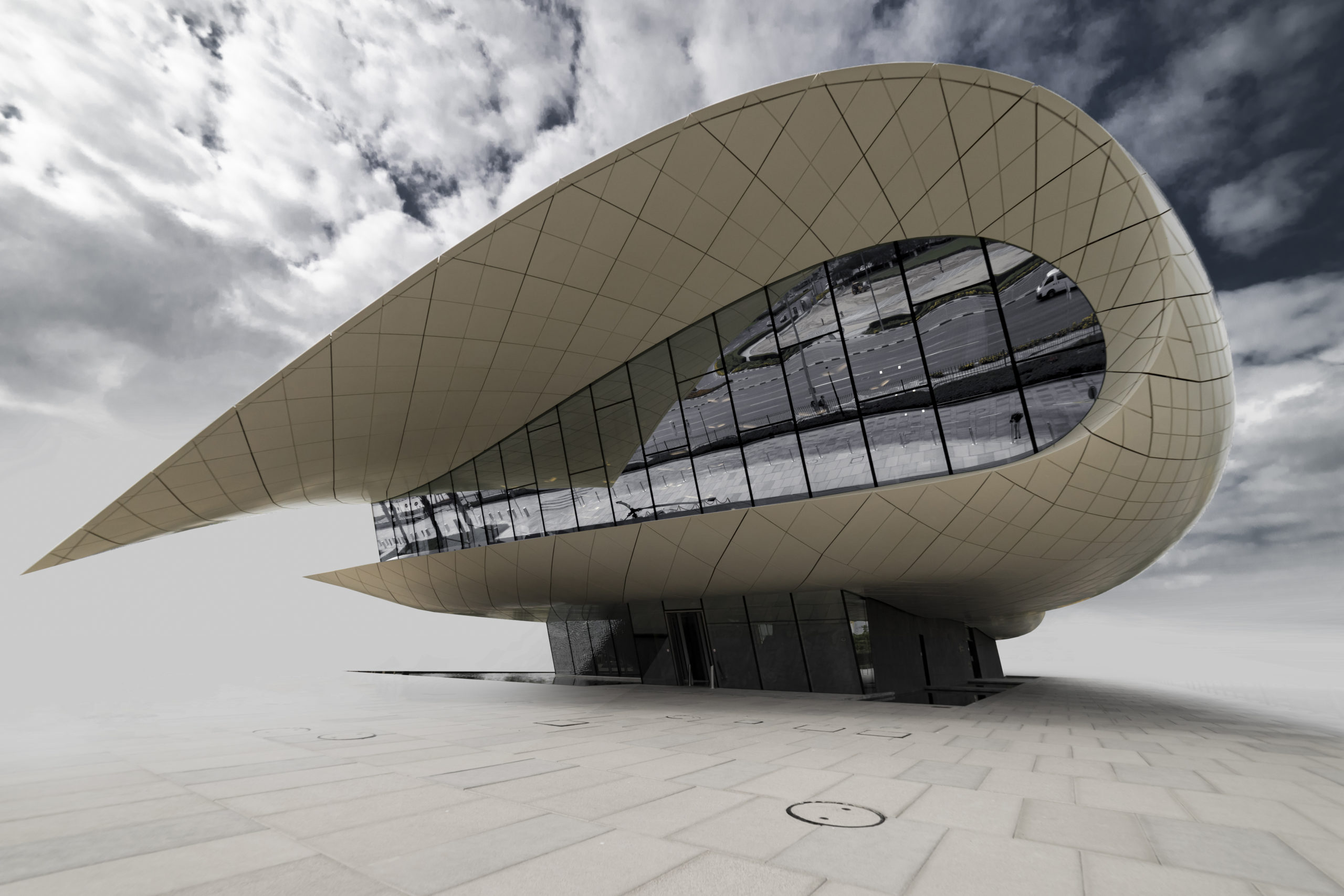 If you thought Italy’s famous Leaning Tower of Pisa was a crazy looking, gravity defying building, then prepare to have your mind blown. The five structures we’re discussing today look like they should hardly be able to stand for a second, much less for years and years. And unlike Pisa’s iconic campanile, which sits on its famous slant by accident, these architectural masterpieces were carefully designed and executed. We recommend playing a quick game of Jenga before reading on; it will give you an even greater appreciation for the madness and brilliance that went into these amazing buildings. (And also, how much fun is a great game of Jenga!?)

If you ever wanted to live in the human equivalent of a massive beehive “” and who among us hasn’t “” this might be your chance. This strange, amazing apartment complex consists of dozens of units linked in every imaginable configuration. Some seem to float in midair, while others are neatly stacked atop one another. Bridges connect some units to the complex; others form mini-complexes that seem almost independent of the greater structure. Still other units protrude from the mass as if glued on as afterthoughts.

One gets the feeling that the designers behind the CCTV headquarters building were pretty much just out to show the world what they could do. That’s the only way to explain the awesome-looking but wildly impractical design of the building, which took more than a decade to complete. The building stands nearly 800 feet tall, with a huge C-shaped section suspended in the air way up at the top of the structure, which otherwise consists of two mighty L-shaped towers. Frankly, this architectural marvel simply must be seen to be understood ““ check out the picture and let the head scratching begin!

In downtown Rotterdam, The Netherlands, stands a mixed-use building that appears to be 20 stories of stacked triangular plates. The structure boasts nearly a hundred residential units, each of which features a prominent, sunny balcony space thanks to each floor’s unique, asymmetrical design. The strange building maximizes light and fresh air for those lucky enough to call it home, and lives up to its vegetative name by indeed resembling some kind of massive organic structure ““ though perhaps calling it the Fungus House would have been more accurate.

An entire city block of Hanover, Germany, is occupied by a complex that looks like something between an M.C. Escher drawing and a futuristic space fortress. In fact, it is merely the Hanoverian office of a German bank with locations spread across the globe, but this location definitely wins the prize when it comes to looking both awesome and totally implausible. The building looks as though it were made of dozens of smaller structures, all built of glass, and stuck together in various configurations ““ many of which loom out over empty space as if not affected by gravity in the same way as “¦ everything.

Leave it to a company based in Abu Dhabi to build about the craziest looking skyscraper you have ever seen. Why? Because folks from the United Arab Emirates seem to really like crazy buildings. And they have a little pocket change. The building in question is the Capital Gate Tower, headquarters of the company ADNEC (or the Abu Dhabi National Exhibition Company). It is 35 stories tall and leans at a pitch of more than 18 degrees. For reference, the Leaning Tower of Pisa is at a pitch of less than 5 degrees.