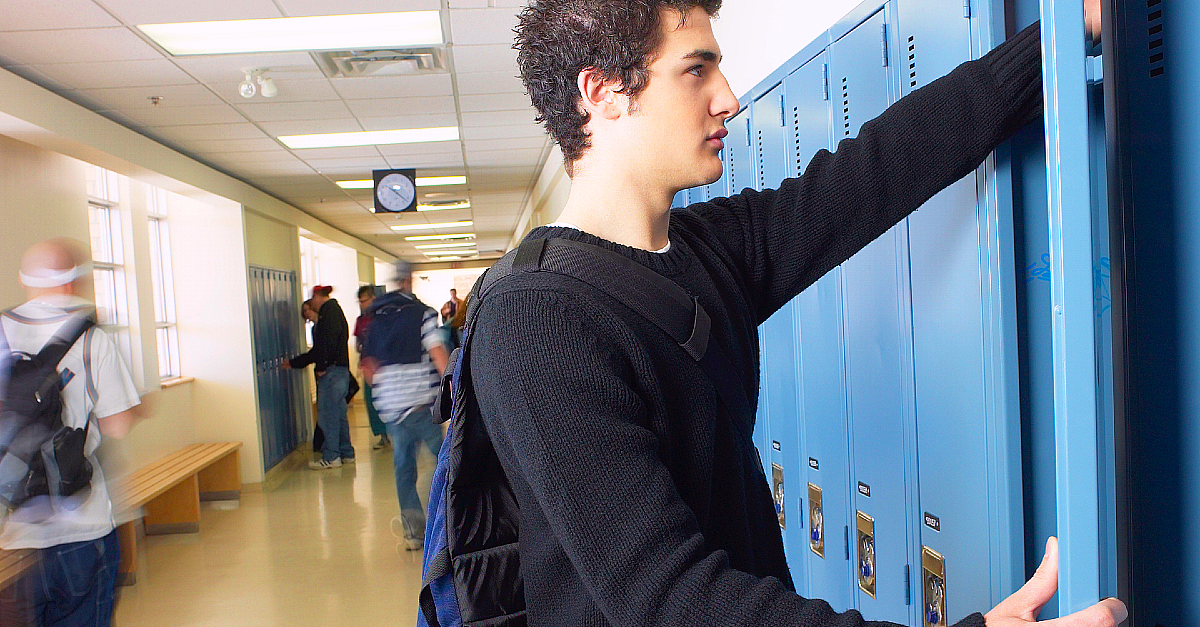 Recently in Louisiana, there has been a string of thefts at school. All sorts of things were getting taken from calculators all the way up to laptops. These items were all stolen from lockers and it didn’t look like the principal was keen on doing much about it.

With the faculty sitting idle, one student decided to take things into his own hands and find out who the thief was. But he couldn’t believe who it would be once he caught them in the act.

A Student Solved The Mystery

The student that wanted to catch the culprit shared the whole story on Reddit under the username u/Dunnachius. But we’ll call him Jake. He was a 10th grader and decided that he was tired of things going missing.

He would do everything he could to ensure that the thief would be brought to justice and that everyone would know who it was. They would regret ever stealing after he was through with them.

In the beginning, it seemed like the missing items were all just coincidental. Students could be irresponsible after all. Maybe they were just losing the items?

The principal was the first person to voice that opinion. He said that it was the students’ own fault their things went missing in the first place. He explained why he thought this was the reason.

The principal said that the students were being careless and most likely sharing their locker codes. Or that the codes in the first place were obvious and easy to guess. But how was this an excuse?

After items started disappearing the students didn’t know what to do. They looked to the faculty to try and help them with the issue. But what they ended up doing was unbelievable.

Whenever a student reported having their locker broken into, the school charged them an outrageous $150 so that they could get their locks replaced.

This means that the poor students that had their items taken also had to pay the school an enormous sum of money. It was outrageous but that wasn’t even the end of it. The thief would strike again.

Over the course of the year, students’ items kept getting taken from inside their lockers. Even if they paid the fee to get the lock changed the thief seemed very competent.

Jake himself was one of the victims of this theft. It was a nice calculator worth a couple of hundred dollars. And when it was taken, he knew he had to do something.

But they had no idea what connections he had. Jake had an uncle who was a detective. And he was more than happy to lead an investigation to try and figure out who the culprit was.

His uncle decided to take matters into his own hands and visit the school. He went straight to the principal and made him a deal.

The detective was quick to get to work. The principal agreed to let him put up cameras by the lockers so that the next time the thief tried taking something, they’d get caught on camera.

But the problem was that he would need a warrant to do that. So he decided to try a different method. He needed Jake for his plan so he arranged to meet with him.

He gave his nephew a laptop and told him to put it in his locker. He didn’t tell Jake anything else other than that he should brag about the new laptop and let everyone know that it was in his locker.

Jake didn’t understand what his uncle was doing, but he did what he was told. And then a few days later, he noticed that the laptop was gone. The detective merely smiled, he told him it was part of the plan.

It Had A Tracker

It was later revealed that the detective had placed a GPS tracker inside the laptop; unknowingly, the thief had guided him to his own house.

And when it was made public who had been stealing from the students’ lockers, no one could believe that it had been him all along. It was someone who they would never expect to do anything like that.

It Was A Teacher

It was the History teacher! It’s common knowledge that America’s school teachers are paid less than they should. But still, it was surprising to everyone to see one of the most reputed members of the school staff do something like that.

The truth had come out, and it was time for consequences to happen. And as it will be seen later, this included more people than just the History teacher

Numerous objects that were the property of the school students were found in the History teacher’s house, ranging from pieces of electronic equipment to money or jewelry.

When the police racked up the total of what had been stolen to build a case against the teacher, the result was absolutely astonishing.

But that wasn’t all. More people were involved in this incident, and they would have to face the consequences too.

The students filed a lawsuit against the school for forcing them to change the lockers and charging them for it. They won the suit, and the principal resigned, ashamed of what had happened.

As for the History teacher, he still had to go to trial. Would he end up in jail for his actions, or would he avoid prison by telling on other people that were involved in the theft wave?

If someone else was collaborating with the History teacher, he wasn’t snitched on. The teacher ended up serving 6 years in jail and was sentenced as the sole culprit of the incidents.

But how did the History teacher even get the combinations to the lockers in the first place? Maybe the principal or someone else in the school was involved in the theft wave?