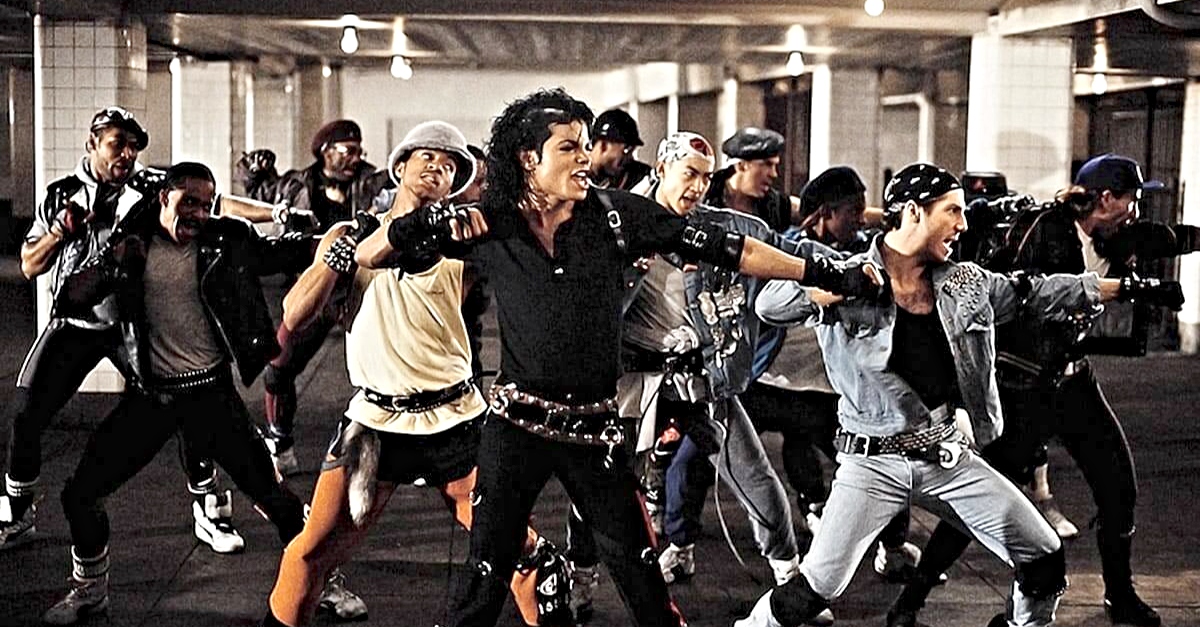 These days most people listen to music through streaming services like Spotify. They listen to albums the same day they’re released. This means that the days of music videos may very well be dying out.

But even though music videos may be well behind us in the modern age, there are still some pretty awesome music videos from older bands that we can enjoy. These high production value videos can give people a deeper appreciate for the artists. Here are some of the most expensive music videos ever.

The Backstreet Boys decided to make a music video for their song, “Larger Than Life.” They had a lot of creative ideas for the video and wanted it set in a futuristic setting. They got director Joseph Kahn and ended up spending $2 million.

Brian Littrell does a flip on a hoverboard in one of the scenes, that alone was $90,000! Now just imagine how much the break dancing robots were.

Throughout the early ’90s, Michael Jackson was the King of Pop. He was a global sensation and he made sure to live up to his title with the music video for “Bad.”  He spent $2.2 million dollars on the video that needed a huge production team. It was even directed by Martin Scorsese.

With Scorsese directing the music video, it was more of a short movie than a video. It took a total of six weeks to film and let’s not even mention amazingly choreographed dances.

Even though she isn’t as well known in America, in Japan she has the title of the Empress of J-Pop. Her music video for “My Name’s Women” was released in 2005 and is an entire 8-minutes.

The scene depicted in the music video looks like something out of The Great Gatsby. The outfits and the set probably took a good portion out of the $2.4 million budget.

The ’90s rap music video that Busta Rhymes released really surprised people since it had a different format from many of the same decade. “What’s It Gonna Be!?”‘s most expensive part was when liquid pools up and transforms into Busta Rhymes in metallic armor.

That moment is still the most expensive special affect ever used in a music video, just check the Guiness World Record’s site. The entire thing cost the rapper $2.4 million!

Mariah Carey’s music video for “Heartbreaker” shows the famous singer following her cheating boyfriend. She follows him into a movie theater where she confronts the other woman, who is also Carey.

Brett Ratner directed the music video, he is now known for X-men and Rush Hour. Most of the budget went towards renting out the theater and the animated portion of the video. It ended up costing $2.4 million!

“Victory” was Puff Daddy’s music video where he give an homage to The Running Man, An Arnold Schwarzenegger film. The video was directed by Marcus Nispel where Puff Daddy is chased by armed men. The video even hired actors like Dennis Hopper and Danny DeVito.

The video has many helicopters, planes, and even pyrotechnics. This meant that the video ended up costing Puff Daddy $3 million.

MC Hammer’s “Too Legit To Quit” Cost a lot of money to make a music video for. Dammy Glover, Tony Danza, and Jose Canseco all make appearances but they don’t even save the video that cost $3 million.

The final version of the video that we get doesn’t reflect the $3 million that it cost. It has a lot of pyrotechnics and the MC Hammer dance moves that you’d expect.

Aqua is a Danish-Norwegian group best known for their song “Barbie Girl.” But they decided to go all-in for the music video for “Cartoon Heroes” after becoming a well-known music group.

The video cost a lot more than anything else on this list so far at a whopping $4 million.  The plot of the video has an oversized octopus trying to destroy the earth. Steampunk astronauts must try to stop it. It’s very original and weird, which you just don’t see anymore.

In the ’90s, Guns N’ Roses were well-known for spending huge sums of money to realize their vision. This is probably why the video for “Estranged” cost more than $4 million to produce.

Some of the significant production costs for the video included using a U.S. Coast Guard chopper and rescue squad, a massive oil tanker, an Antonov An-124 Ruslan aircraft, and, of course, those wonderfully trained dolphins. The video is also nearly 10 minutes long, which raised the costs even more.

“Black or White” was the first single of Michael Jackson’s Dangerous album, so the production team knew they had to knock it out of the park with the music video. So director John Landis went for maximum appeal. He brought in famed child actor Macaulay Culkin to play the disobedient kid who refuses to turn down his music in the video’s opening.

Combine that star power with Tyra Banks and some impressive changing visual effects and what you’ve got is this $4 million 11-minute video that was seen by 500 million people when it premiered on MTV, B.E.T., VH1, and Fox on November 14, 1991.

Madonna is the reigning queen of expensive music videos, with a few of them being worth millions. All of her videos are hugely ambitious projects featuring cinematic camera work and top-notch directors like David Fincher and Mark Romanek.

When all was said and done, the video cost $5 million, and, much to its credit, it still looks gorgeous more than 20 years after it was made.

Looking back, it’s hard to believe that the music video for Madonna’s “Express Yourself” was directed by David Fincher. He is the same director who brought us the excellent movies Se7ven, Fight Club, and The Social Network.

The video emulates the classic film Metropolis and features a masculine-clad Madonna overseeing a horde of factory workers and singing about the fact that you shouldn’t be content to settle with second best. When it was released in 1989, it was the most expensive music video ever created, costing $5 million to make.

In 2000, Limp Bizkit singer Fred Durst directed a high-budget video for “Rollin’ (Air Raid Vehicle),” which was partially filmed on top of the South Tower of the World Trade Center. It featured cameos from Ben Stiller and Stephen Dorff, who were starring in “Zoolander” that year.

The video cost a whopping $3 million at the time, which is quite a lot even by today’s standards.

Mark Romanek is clearly a guy who knows what to do with a big production budget. When he directed the video for the Michael Jackson and Janet Jackson collaboration “Scream,” he went with a polished, high-contrast black and white look that helped to emphasize some of the contrasting emotions on display in the video.

The video has a lot of fun playing with zero gravity effects. This likely took up a good portion of the budget, estimated to be about $7 million despite the minimalist look.