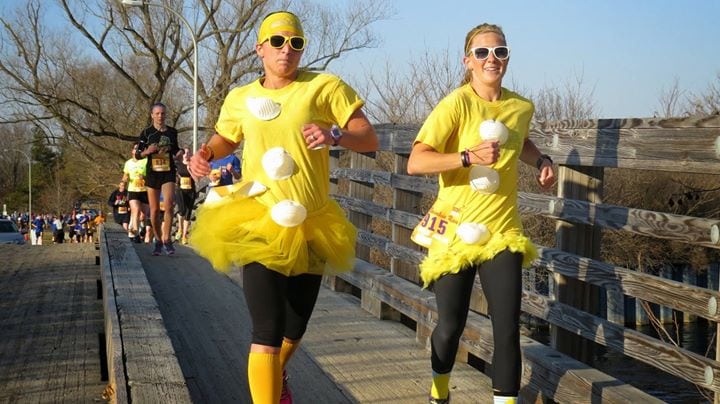 Even those who love to run sometimes find normal running activity a tad too repetitive: Lift the left foot, take a step forward. Lift the right foot, step forward. On and on. Wouldn’t it be more exciting if you were wearing butterfly wings, or covered in foam or chased by monsters? Lots of runners think so, which is why themed races proliferate. They’re especially popular with the 5K crowd; the magic of a costume wears off well before the 26-mile mark for the average marathoner.

Here are 10 weird 5K runs you should probably try out. 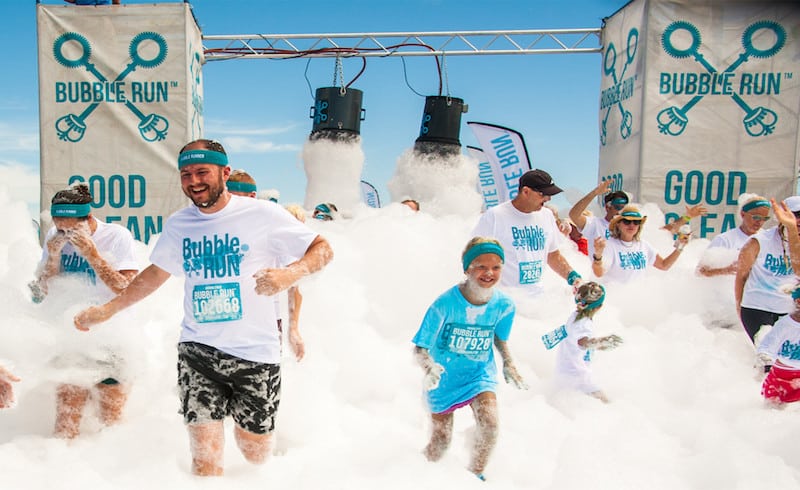 If you’ve ever been to a foam party, the Bubble Run is one of those weird 5K runs that wouldn’t feel completely strange to you. Besides the novelty of running through bubbles, the Bubble Run ups the ante by adding different-colored dyes to foam at various checkpoints along the race route.

It’s a fun, all-ages event that’s reminiscent of the Color Run. Hope for a summer day; the bubbles will feel refreshing while doing this weird 5K run.

From the name, you don’t need anyone to tell you that this is one weird 5K run. This run is for those who are more into beer than other beverages. There’s a running event to suit your tastes as well. The Goose Island Beer Run is part of a series of beer-related running events in Chicago during the summer.

What’s cool about this weird 5K run is that proceeds are donated to local charities, and each event features a different local brewery. 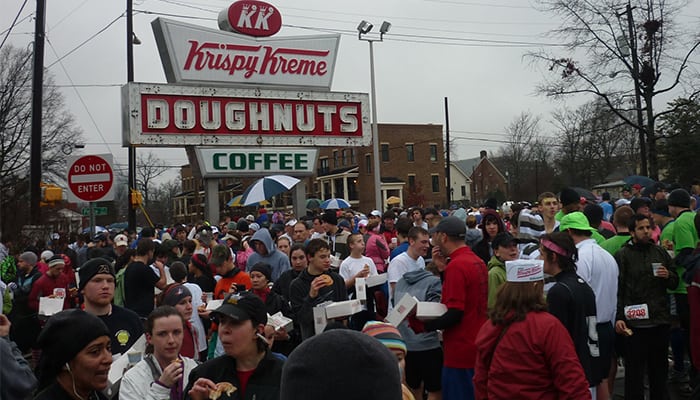 This is one of those weird 5K runs that is perfect for pastry lovers.

The mantra of the event says it all: 2.5 miles out, one dozen doughnuts in, another 2.5 miles back. Oh, and do it in under 60 minutes.

At 2,400 calories consumed per competitor, the Krispy Kreme Challenge is a gloriously gluttonous affair. But don’t fret, it’s also a worthy charitable event (all proceeds go to the North Carolina Children’s Hospital).

Not up for that type of cheat day? Participants can also sign up as “casual runners” to choose just how many doughnuts to chow down. Still, the damage is pretty darn impressive—with 7,500 runners last year, that meant half a ton of doughnuts or 10,500 feet of deliciousness stacked sky-high. 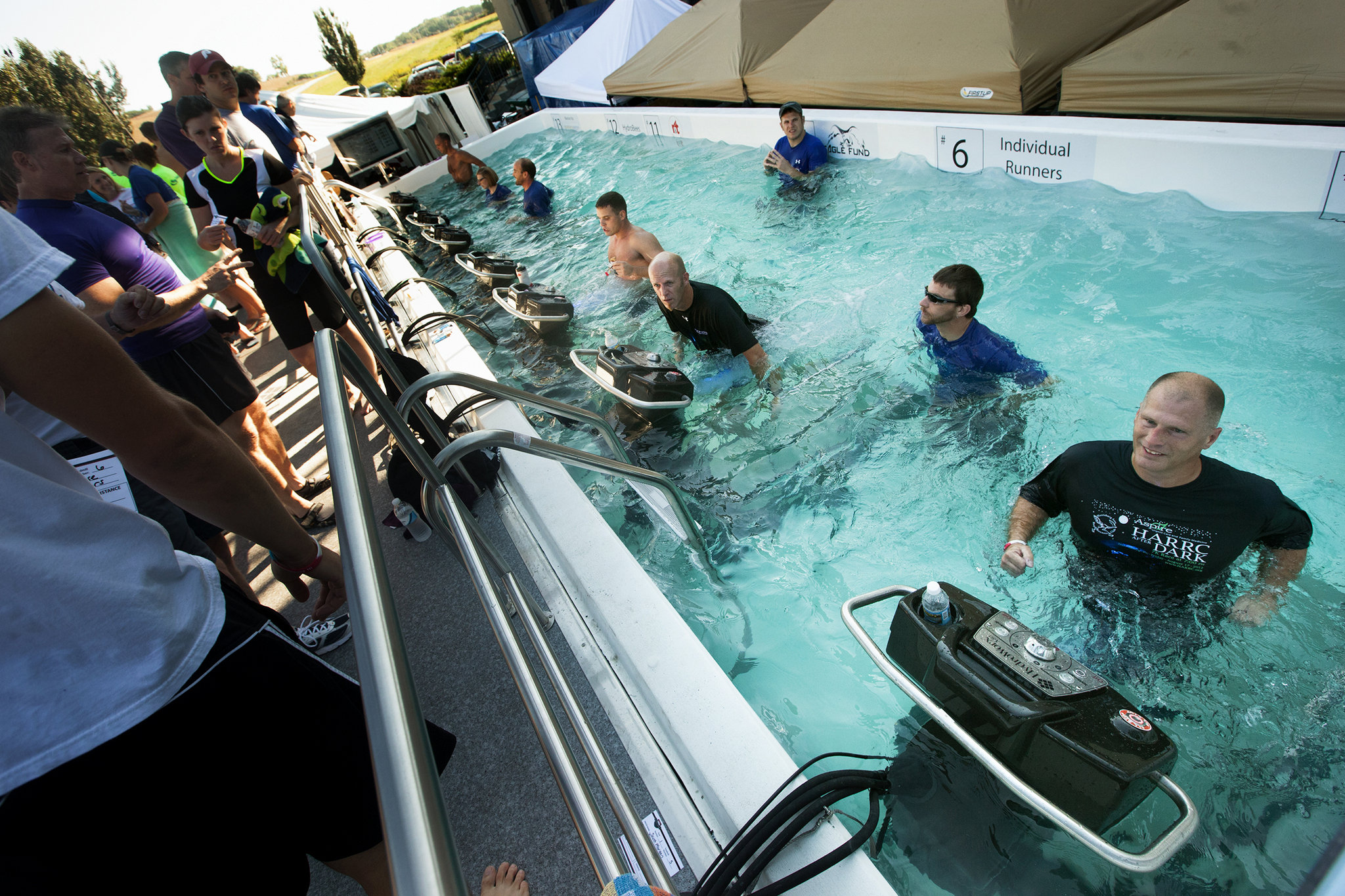 This event showcases HydroWorx underwater treadmills, an example of some of the technology that is used by wounded warriors in their rehabilitation.

Runners complete anywhere from a 5K to a marathon to support the Eagle Fund, which works to help wounded service members return to a high-quality standard of living. 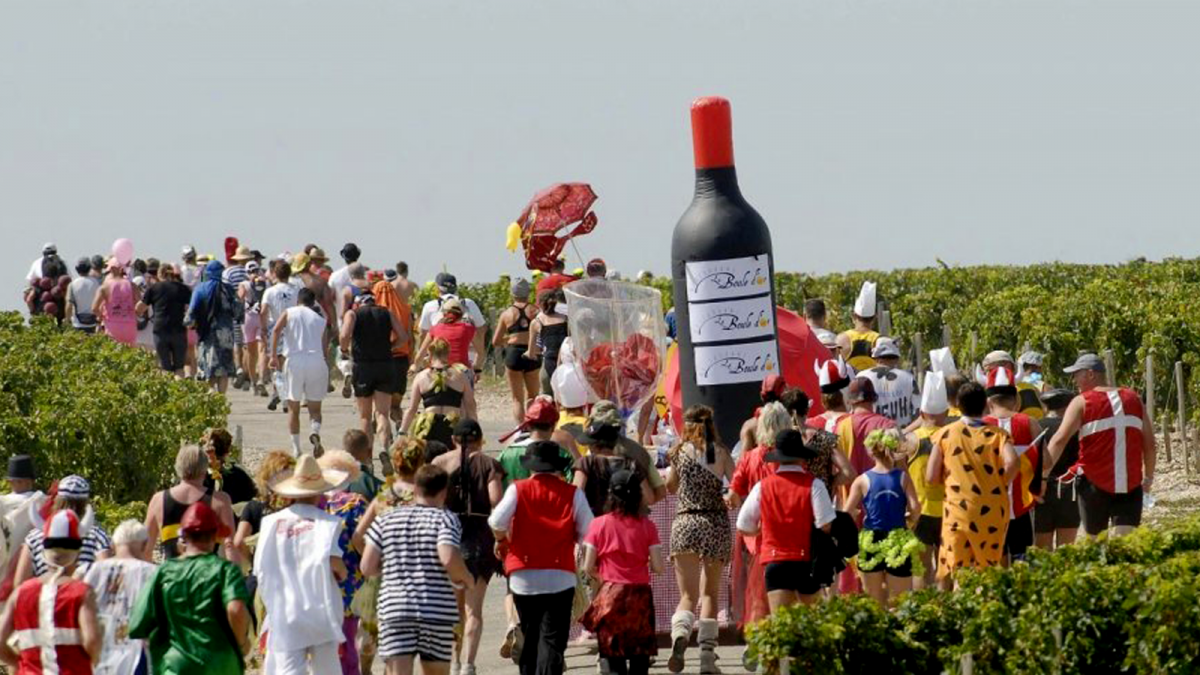 Experienced runners looking to change things up (by getting liquored up), this ones for you! Set in the Medoc wine region near Bordeaux, France, this world-famous event takes runners on a once-in-a-lifetime adventure through the region’s most breathtaking chateaux and vineyards.

Stationed along the way: 23 drinking posts for marathoners to taste the best of the best (Chateau Lafite Rothschild, Chateau Mouton Rothschild and Chateau Latour, to name a few!), plus plenty of food stops serving local delicacies like foie gras, oysters, cheese and fruit. So step into full costume (drunk distance running wouldn’t be right without one), and bottoms up! 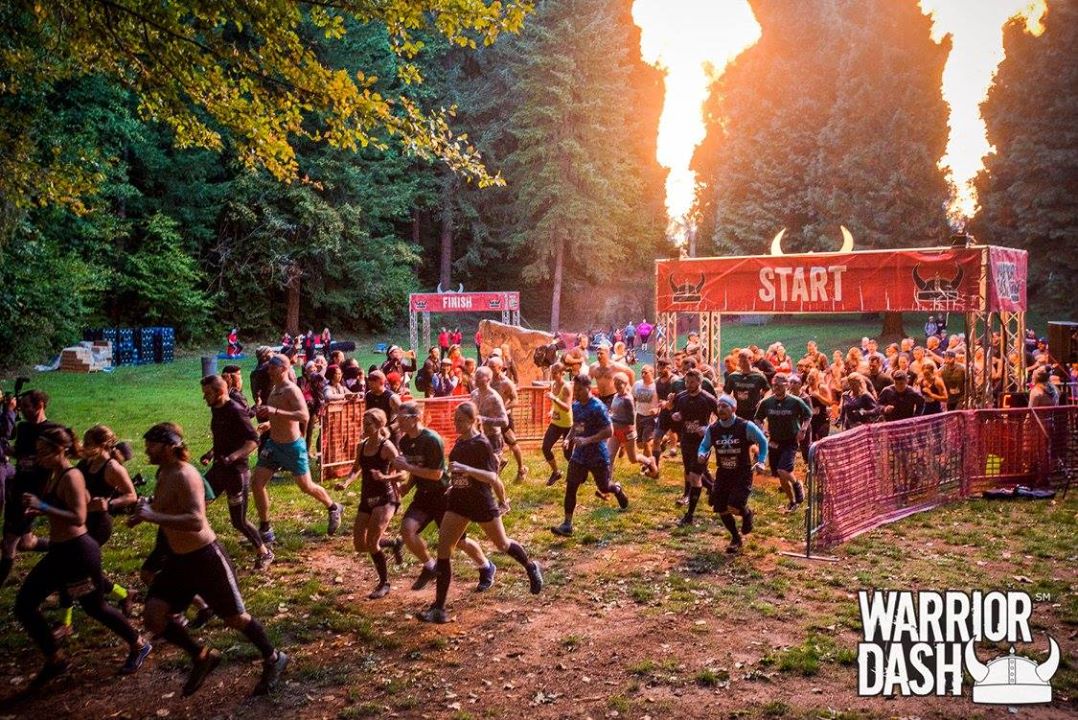 For some folks, running a 5K is not enough. They won’t be happy until they’re covered with mud, have leaped over fire and scaled rope walls.

For other people, this will bring back memories of failing gym class. Or worse. If you finish the Warrior Dash, you’ll get a beer and a fuzzy warrior hat.

You’ll probably also go home with some bruises and a feeling of triumph. The dash’s popularity has spread it all over the U.S., Canada, Europe, Japan, Australia and New Zealand. 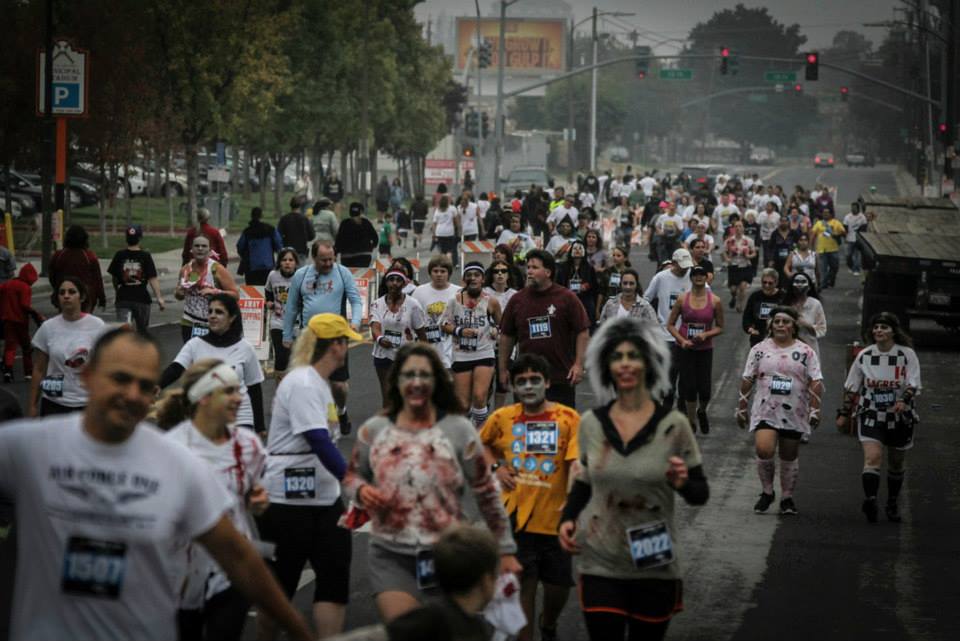 Would being chased by zombies pump up your adrenaline and improve your race time? Find out at Run for Your Lives, which takes place in about half of U.S. states. In this weird 5K run, participants sign up to be humans or zombies. Humans start the race with three brain flags, each symbolizing 1/3 of their gray matter.

The zombies are divided into two types: chaser zombies and stumbler zombies. Stumblers are more concerned with grossing you out than pursuit.

The course includes obstacles and encourages teamwork. Humans crossing the finish line with at least one intact flag are declared to be survivors.

Turkey trot 5K races—Thanksgiving morning runs designed to rev up the metabolism at the beginning of America’s most gluttonous day—have been going on for decades. Part of the fun is seeing runners dressed as turkeys and pilgrims. Now vegetarians are starting to organize their own Thanksgiving running events.

In 2012, Portland, Oregon, had a Tofurky Trot through a wildlife refuge. Seth Tibbott, the founder of the Tofurky Company, makers of frozen faux turkeys, ran the race dressed up like a giant tofurky. 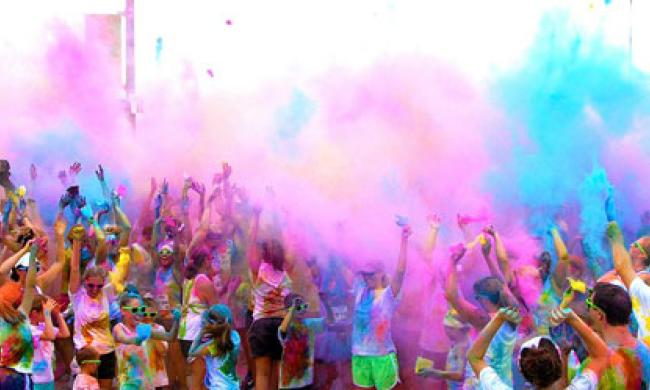 Many runners turn red from exertion or sunburn, but if you participate in a Color Me Rad event, you’ll wind up dusted with every color. Runners pass through clouds of blue, pink, purple, green and yellow in these races, which are held around the country.

Most runners wear white clothing for maximum contrast. The nontoxic colors are made from cornstarch and food coloring. This race is a fun spectacle for kids or anybody who enjoys lots of colors.

Do you have trouble deciding between running and eating junk food? Balance the athletic and gluttonous sides of your personality at the Twinkie Run in Ann Arbor, Michigan. At the annual April Fool’s Day race, runners eat a Twinkie at the start of the race and another at the 1.5 mile mark.

More Twinkies await racers at the end of the course, with the promise of a 60-second time reduction for each Twinkie you eat. Consume enough and this will be your fastest race time ever! And maybe a very long, sick day. Proceeds go to research on Lou Gehrig’s disease.