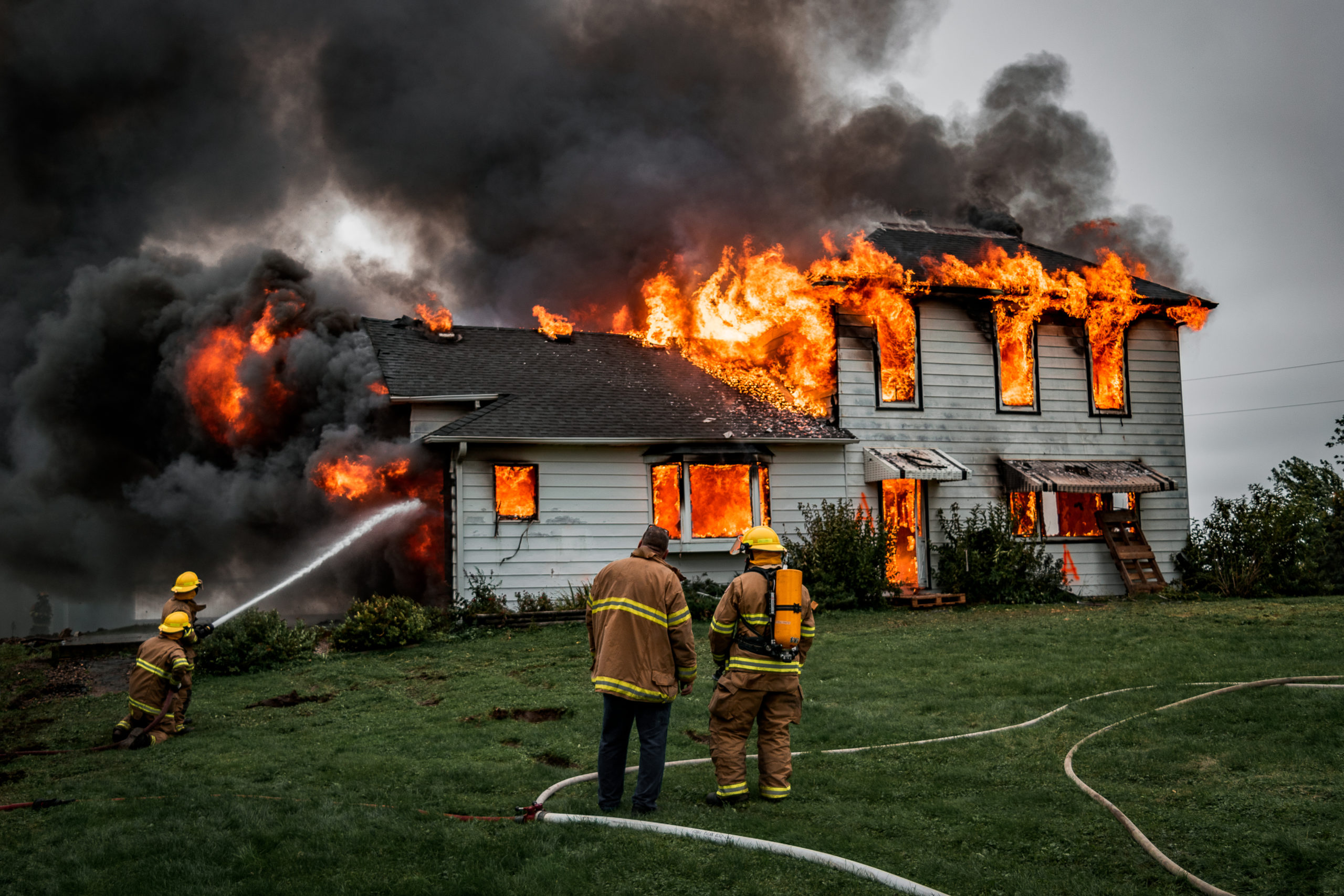 It’s a sad truth: Home fires kill about 2,500 people every year, and injure 12,600 more. A fire can get out of control in just 30 seconds, and once a room is engulfed, the air at eye level is heated to a scorching 600 degrees Fahrenheit. That’s hot enough to burn your lungs when inhaling. The good news is that home fires can be prevented.

If you’re looking for a good reason to quit smoking, consider this. As the fifth leading cause of house fires, smoking kills 580 people a year and injures another 1,280. Most smoking-related fires start indoors, so if you absolutely can’t or won’t quit, smoke outside and put out your butts in a sand-filled can. And if you insist on smoking indoors, don’t smoke in a home where oxygen is used. Extinguish your butts completely and soak them before throwing them in the trash.

Those overloaded electric sockets are more than eyesores. Faulty and improperly used electrical equipment is fourth leading cause of house fires, responsible for $817 million in property damage annually. Electrical fires are also caused by frayed wires, overloaded extension cords and wall sockets, and faulty electrical equipment. Look for the UL logo or the logo of another nationally recognized laboratory when shopping for anything you’ll need to plug in, and use extension cords within reason.

Unfortunately, human malice is the third most common cause of house fires. According to the National Fire Protection Association, “nearly two-thirds (63 percent) of intentional structure fires occurred in structures that are occupied.” These fires cause 330 deaths and 940 injuries every year. Arsonists most commonly start their fires in a trash can or rubbish bin, and inside the house, most of these fires—about 13 percent—begin in the bedroom.

Chimney sweepers are a symbol of good luck. That’s because they prevent the second leading cause of house fires. In 2010, faulty heating equipment was responsible for an estimated 57,000 house fires. Some 37 percent started in the chimney area, but another 32 percent of heating-related house fires were caused by space heaters. Be sure to have your chimneys inspected and cleaned once a year, and if you have a fireplace or wood stove, never use it to burn paper, trash or green wood.

If you can’t stand the heat, stay out of the kitchen. But turn off the stove first. Cooking-related fires are the leading cause of house fires. Never leave the kitchen if you are grilling, frying or boiling a meal. And if you’ve been drinking or are under the influence of any medication that’s making you drowsy, leave the cooking to someone else. If you’re barbecuing outside, keep the grill at least 10 feet from siding and deck railings.